Gamers With Jobs is the brainchild of Shawn Andrich and Sean Sands, both gamers who, oddly enough, didn’t have “real” jobs when they launched the site years ago. It began as a news site with a forum, and evolved into what you see today: a safe haven for all the girls and guys who grew up with games and have families to feed and bills to pay. Seeing that news wasn’t really getting the job done, Gamers With Jobs became the premier independent editorial site and community you see today.

Five days a week, we bring you some of the best game writing on the planet Earth. With an extensive editorial process and writers who are routinely published in professional gaming sites and magazines, we push ourselves each and every week to deliver something fresh and unique.

A cornerstone of the site, the Gamers With Jobs Conference Call prides itself on a professional-quality production that rivals that of many commercially produced podcasts. Featuring some of the very same writers from the front page, the podcast brings you smart, in-depth discussion about the latest games, issues and design quandaries of the day. We are also very fortunate to have regular guests like Ken Levine, Jeff Green, Shawn Elliott, Soren Johnson, John Carmack and others on the show.

Shawn Andrich – The host of the show. Shawn has been working on gaming websites for over a decade. Before the Conference Call, he was co-host on the GWJ Radio podcast and the short-lived Escapist Radio show. He plays games on every platform and in nearly every genre. His loathing for WoW and what it has done to otherwise interesting people is legendary. 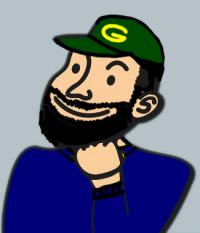 Sean Sands – The Co-Founder of GWJ, Sean has penned hundreds of articles dissecting the gaming industry and revealing his darkest secrets. With exciting catchphrases like "blight on the industry" and "for the masses," Sean Sands continues to set the trend for creative scorn. He has two kids and a wife way above his pay grade. 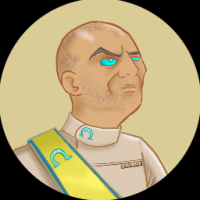 Julian Murdoch - Every family needs the grizzled, old, crazy uncle, telling war stories from the good old days while forgetting his dentures and drinking prune juice, and Julian Murdoch is ours. He's written for four major gaming magazines, each of which folded within 12 months of his arrival. We keep asking him not to write for us, but someone gave him the keys and locksmiths are expensive.

Cory Banks - Cory provides much-needed indie cred to the show, almost by default. It doesn't hurt that he grows a mean indie beard and wears the finest in horn-rimmed glasses. Cory has written for a number of publications and brings a special brand of caustic wit to the show.

Rob Zacny - One day Rob Zacny just showed up and pressed his nose against the window like a hungry Dickensian street urchin. Sean and Shawn sternly informed him he would earn his keep if they took him in. Then they handed him a pile of straw and told him to spin it all into Tuesday features. Since then, his two great joys have been stealing from Rabbit's wine cellar, and the ensuing drunken Conference Call appearances. When no one is around, the ingrate writes for other outlets, and has even started hosting his own podcast.

Lara Crigger - Freelance writer Lara Crigger has written for nearly a dozen gaming publications, most of which Julian shut down. As a handheld and casual games aficionado, she plays all the games you secretly want but have too much cred to play. Lara lives with her husband and dog in a secret volcanic lair just outside Rochester, New York.

Jonathan Downin - Mixer man behind the scenes, Jonathan makes sure your ears are in the same condition at the end of the show as at the beginning. Catch him on Twitter!

The crown jewel of the site, the Gamers With Jobs community features a thriving forum section, a burgeoning Steam group and more awesome people to play games with than you could possibly fit onto your friend lists. Unlike the hundreds of poorly moderated forums found elsewhere online, we expect a lot from the folks who participate in the Gamers With Jobs community. Proper grammar, thoughtful posts and intelligent debate all make the forums what they are today. Signing up and getting active in the community is one of the best things you can do to get more enjoyment out of your gaming hobby.

Things To Check Out Before Joining The Community:

The Code of Conduct – This is what guides our policies and decisions when moderating the forums. It’s a good read, too. Really.

The Steam Community – If you want to join our group on Valve’s Steam service, simply visit this thread and post a link to your Steam profile.

The Greatest Forum Threads – Want a crash course in some of the inside jokes and history of the community? Just hit this page and prepare to be entertained.

Console Friend Lists – Reading a thread and want to join the fun? See who’s actively posting and grab their online name from these pages:

We run an annual donation drive each Fall, giving everyone a chance to help us cover hosting costs and keeping the site and podcast ad-free so we can focus on bringing you unimpeded games content.

You’ll notice that there are little images under quite a bunch of forum names in various threads. These indicate that the person has donated to the site in the past. Every donation drive we bring in a new icon to signify how many years someone has donated. The current order is as follows: Key, Watch, Weiner Bomb, Car, Jet and finally, Cruise Boat. So when you see that boat icon, you know that person has been supporting us for years.

The tags you see under forum names signify how many posts someone has made. Everyone starts as a Coffee Grinder and works their way up from there. Once you hit 1,000 posts, your tag changes to “Choose Your Tag!” Members of the community will inevitably take notice, and someone will create a thread in the Everything Else forums where everyone can offer tag suggestions. Once you choose, a moderator will take note and update your account.

We're in This Together

Gamers With Jobs exists because we all share a desire to have fun with our hobby and connect with like-minded people. We’re very proud to be catalysts for a great many meet & greets, collaborations and friendships all across the world. We hope you stick around and join the fun!