Some random-ass thoughts about Week 13:

* The Saints can go straight to hell. All the Saints had to do was hold onto a 13-point 4th-quarter lead against a team with a geriatric QB and no offensive line and the Panthers (it's true!) would have controlled their own destiny. That's right: if the Bucs had lost, Carolina could have won out (vs the Seahawks, Steelers, Lions, Bucs and Saints), and the 9-8 Panthers would be hosting a home playoff game. Leave it to the GDMF Saints to ruin my control-their-own-destiny fantasy.

* I hope Baker Mayfield can get it together in LA. He wasn't a bad person or a bad teammate (just a little snarky) in Carolina; just a terrible QB. Maybe with some decent coaching he'll be OK? Dude has been coached by Freddie Kitchens and someone far less competent than Freddie Kitchens.

* Poor Jimmy G. A million-dollar face supported by a 10-cent foot. Let's hope Mr. Irrelevant Brock Purdy has bones made of something stronger than pipe cleaners.

* The Eagles, Cowboys, Bengals are really freakin' good right now. The 10-2 Vikings? Eh, I'm unconvinced as long as Kirk Cousins is their QB.

* Speaking of Dallas, we had our second Scorigami of the season: Cowboys 54, Colts 19. It's the 1,074th unique final score in NFL history.

* Also speaking of Dallas, the Cowboys became the first team in NINETY-SEVEN YEARS to score 33 points in the fourth quarter.

The Cowboys were the first team to hit 50 points in a game this season, and they did most of it in about 11 minutes of game time. The Colts were outscored by 33 points in the fourth quarter, which may be an NFL record, depending on how you feel about a certain football travesty that took place almost 100 years ago. In 1925, the Chicago Cardinals outscored the Milwaukee Badgers 33-0 in the fourth quarter of a 59-0 shutout—but that game was the result of one of the early NFL’s biggest controversies. The Cardinals scheduled that game in a late-season attempt to play the flimsiest opponents possible to win the league’s championship, but the winless Badgers had already given up on the season and sent many players back to their day jobs. To fill out the Milwaukee roster, a Chicago player recruited some local high schoolers and gave them fake names. The scandal nearly tore apart the NFL, which didn’t have a foothold yet in American culture. The league’s commissioner ordered the game stricken from the league’s record books … but apparently they forgot to actually erase it. The game is still technically a part of NFL history, and is now tied with Colts-Cowboys for the most lopsided fourth quarter in league history.

Poor Dak was exhausted after watching so many points being scored:

The Cowboys got their 33 via one passing TD, three rushing TDs and a fumble return TD. (Dallas missed an XP, then blew a 2-point conversion.)

The 1925 Cardinals scored their 33 points on two scoop-n-scores, two passing TDs and a rushing TD. But they missed two XPs; apparently their kicker was addicted to dance marathons, which I'm told was the Call of Duty Double XP Weekend of its day.

Coverage maps are here; Bucs-Niners is your national GOTW because no one should be forced to watch games involving the Broncos or the Panthers.

From The Ringer this week:

Biggest gainer: Steelers (+8 to 20th because Kenny Pickett has picked up his game)

Biggest loser: Saints (-6 to 26th, which isn't far enough for these jackholes)

Biggest surprise: Rams at 31st. Losers of six straight and with no Ws since mid-October (against the Panthers, natch), the Rams are on pace to have the worst season of any Super Bowl champion.

IF THE SEASON ENDED TODAY ...

According to NFL dot com:

Eliminated! The first two teams to go are the Texans and Bears, who as of right now will pick 1-2 in the 2023 draft.

That's all I got. Happy Week 14 to all who celebrate!

Hoping the Saints win? Saying positive things about Baker? Guys, I think this is a code Enix is in trouble, it's the only explanation. ENIX IF YOU WANT US TO CALL 911 SAY SOMETHING NICE ABOUT MATT RHULE.

Pink Stripes
Posted: December 8, 1:40 AM
Going three-wide into turn one

* The Saints can go straight to hell. All the Saints had to do was hold onto a 13-point 4th-quarter lead against a team with a geriatric QB and no offensive line and the Panthers (it's true!) would have controlled their own destiny. That's right: if the Bucs had lost, Carolina could have won out (vs the Seahawks, Steelers, Lions, Bucs and Saints), and the 9-8 Panthers would be hosting a home playoff game. Leave it to the GDMF Saints to ruin my control-their-own-destiny fantasy.

I'm not saying this is as controversial as rostering high schoolers with fake names but all the Saints had to do was convert this first down.

Also, I'm gonna be at the Pats @ Cardinals game on Monday!

Hoping the Saints win? Saying positive things about Baker? Guys, I think this is a code Enix is in trouble, it's the only explanation. ENIX IF YOU WANT US TO CALL 911 SAY SOMETHING NICE ABOUT MATT RHULE.

And to clarify, I was pulling for the Saints under duress and against every instinct.

I have no quibble with Mayfield. His p~iss-poor play has everything to do with the previous HC and his lack of any noticeable coaching or player evaluation skills. He and the poor deluded corn shuckers of Nebraska deserve each other.

all the Saints had to do was convert this first down.

I had the game on in the background but was mostly playing a PC game because it was so over. Didn't realize how close it really was. Damn

1. His couch (Last week: 4) - A week with no further airplane drama had cooled the chances of OBJ ending up stuck at home. But then his visit with the Cowboys resulted in reports that suggested he might not be ready to go until mid-January, if at all this season, and the visit ended with the Cowboys declining to make a contract offer. It only takes one team's medical staff disagreeing with Dallas for OBJ to get an offer, but with his biggest suitor stepping back, the couch rockets up to #1.

3. Bills (Last week: 3) - Odell visited with the Bills over the weekend, with Von Miller claiming it went as good as it could go. That, however, was before Von Miller was discovered to have torn his ACL, eliminating most of Buffalo's pass rush, and sidelining OBJ's biggest advocate on the team.

4. Cowboys (Last week: 1) - The team's medical assessment of OBJ, and their subsequent decision not to offer him a contract at the conclusion of his visit, has moved them down the board. But if OBJ finds no immediate takers, the teams who make it past the first round of the playoffs might revisit the idea in January, if OBJ's timetable doesn't slide back any further. So I've moved the Cowboys down, but still far from out.

5. Chiefs (Last week: 5) - We have yet to hear anything on a scheduled visit, though Schefter claims talks with the Chiefs have been happening.

6. Ravens (Last week: 9) - No visit here yet either, but another team Schefter claims is chatting with OBJ on the phone.

8. Titans (Last week: 7) - Tennessee has seemingly failed to get into the game here. However, after 2 straight losses, the team fired GM Jon Robinson, seemingly signaling a dissatisfaction at the lack of in-season moves. Maybe his replacement makes a big OBJ push.

9. Buccaneers (Last week: N/A) - Can't write off Tom Brady until it's truly over. Tampa has supposedly reached out to OBJ.

Now the week can officially begin.

Guessing that's the Ingram run; he was put on IR after the game, and, at just shy of 33 years old, there's a pretty good chance that's his last play ever in the NFL. Rough way to go out.

One of the low-key mysteries of the 2022 Panthers season was what the hell happened to DE Henry Anderson. Carolina signed him off the street right before the season started to give them some veteran D-line depth. He played in each of the first six games but then went on the non-football injury list. It wasn't COVID, but no one reported what it was.

Turns out the guy had had a stroke. Jeezus.

And because NFL players are not in the least bit normal, he might be playing Sunday.

Also, no matter how hard I try, my brain keeps on calling him Desmond Riddler.

OBJ told Micah Parsons that he could play in 5 weeks, placing his return around the start of the playoffs.

If that's the timeline OBJ is stating, then you can mark that down as the best-case scenario. Which means any other scenario would push OBJ's return timeline deeper into the playoffs.

This also would seem to indicate the leaked reports about Dallas's assessment of OBJ are accurate.

I think we might have a few more weeks than expected of OBJ Power Rankings...

Pink Stripes
Posted: December 9, 12:36 AM
Going three-wide into turn one

Baker is active tonight but so are both Wolford and Bryce Perkins.

It's wrong to root for a player to get injured, so can I at least hope Wolford gets violently ill? Two days of prep work for Baker in what could well be an utter blowout the way this is starting would be MAGIC. If the Rams are down 25 and Baker comes in? That's some high-quality sports watching right there.

Rams rediscovering why they were trying to get rid of Cam Akers earlier this year.

Was anyone actually asking for another Avatar movie?

This movie has to do 2 billion dollars to break even. What was James Cameron spending all that money on? Faberge eggs?

Pink Stripes
Posted: December 9, 2:32 AM
Going three-wide into turn one

There is nothing Baker can do today that will make him look worse than Carr after that INT.

Rams should be platooning Wolford and Baker. Coach Baker up on his next playcall when Wolford is in.

This movie has to do 2 billion dollars to break even. What was James Cameron spending all that money on? Faberge eggs? 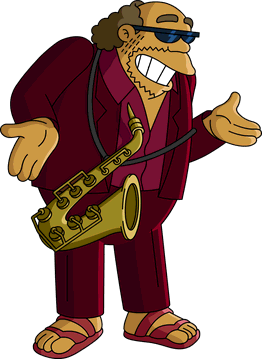 Baker is distressingly mediocre when all I really wanted was train wreck.

The SoFi home crowd is embarrassing. Rams score a TD and pretty much all you hear is the PA.

Pink Stripes
Posted: December 9, 4:08 AM
Going three-wide into turn one

The SoFi home crowd is embarrassing. Rams score a TD and pretty much all you hear is the PA.

LMAO the crowd is celebrating a Raiders punt. Sad.

Oh my golly gosh gee, what the hell just happened.

Ya deserve to lose, Raiders.

Pink Stripes
Posted: December 9, 4:16 AM
Going three-wide into turn one

Whatever, so derivative, Rams. I guess I'm a 17-16 hipster; it was actually cool Monday night.

Oh my golly gosh gee, what the hell just happened.

They were out of time, so they ditched scheme and just ran basic stuff like 4 Verticals. That took thinking out of the equation, and put it on Baker to win with ball placement.