So, I think I know why Jokic doesn't get the shine of say, Ja Morant or Steph or Durant. And I think it's really simple. He's not flashy.

And I when I say "flashy" I don't mean "doesn't throw no-look passes or have great moves," because he does, but flashy in the sene of, if you look at the players we've put in highlights for years, from Dr. J to Jordan and Magic, AI and Vince Carter, Kobe and Lebron...

...Jokic isn't those dudes. Jokic is that dude when you go to play at the rec center or the LA Fitness, and you see him. The 50-something dude with braces on both knees, wearing a headband, can't run particularly fast.

And then he gets on the court and is just giving you buckets the whole time. Every jumper is wet. If you get in the post with him, he's putting you in the torture chamber. Throwing passes you absolutely cannot believe. And there's nothing "WOW!" about his game in the stereotypical NBA sense, he'll never be on some "Best Dunks" compiliation. Hell, he only gets about 3' off the ground when he shoots a jumper, and yet even with a hand in his face, he's hitting it, from 2 or from 3 (God help you if you sag and leave him open from 3).

To me, Jokic is like the idealized version of that guy. His game IS impressive, but not in the stereotypical ways people popularly come to the NBA with. So he doesn't get the shine, because he's not trying to dunk on God like Ja is.

Between playing in Denver and his style and appearance, he'll never get the shine that even Luka does. And yet, dude is one of the five best players in the NBA. Unquestionably.

EDIT: The man is a center who puts up "quiet" triple-doubles. Insane. 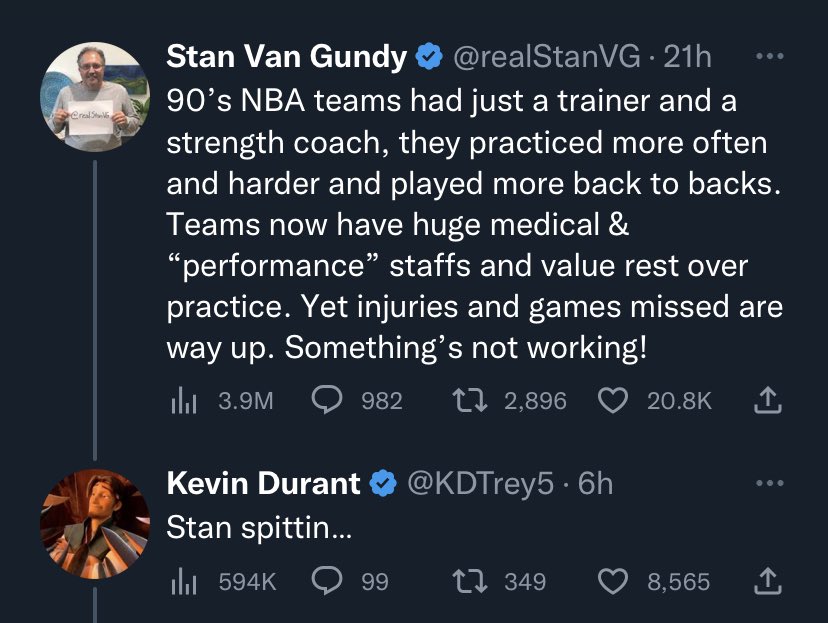 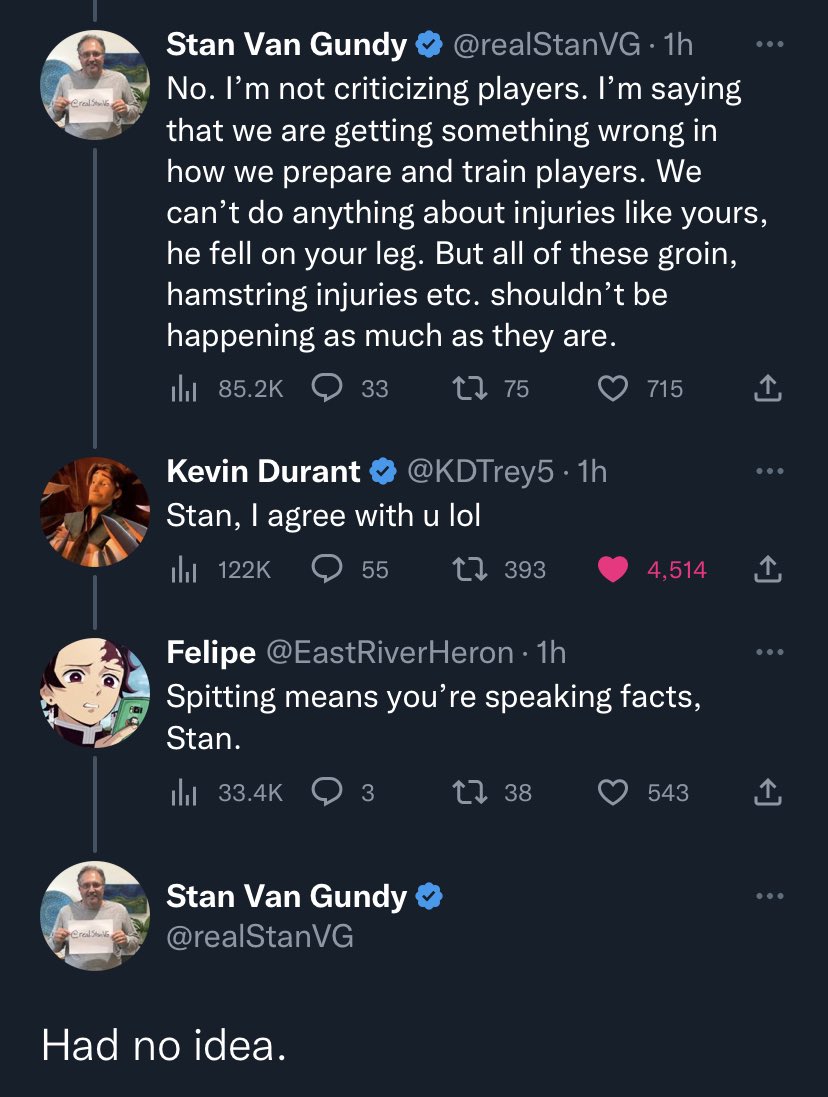 I didn't know either. I, like StanVan, am old.

That matches Russell Westbrook for the 2nd-most instances all-time. Only LeBron James has done this more with 152.

Wembanyama, even with eyes always on him, seems unfazed

Kid does seem to be handling all of this as well as anyone reasonably could, much less a 19-year-old. I know it'd probably be tampering, but honestly, I hope he's gotten to speak with LeBron, who is really the only other comparable (and also handled it pretty shockingly well).

It was a maze of people, all crammed into about a three-foot-wide space separating the courtside seats at Accor Arena in Paris from the playing floor. Everyone wanted pretty much the same thing, a look at a French teenager who is the talk of the basketball world. They held up their phones for pictures as he walked down the sideline, outstretched their hands for greetings, most of them talking or shouting at once.

His 7-foot-3 frame just glided through the group with ease as he looked over the top of everyone and made his way to his seat. He found his chair, sat down, surveyed the scene for a moment and kept chatting with his family, almost oblivious to the spectacle that was happening around him, smiling and laughing and enjoying it all.

This is life now for the 19-year-old, the best player in France, the presumed No. 1 pick in the NBA draft later this year, the leading scorer and rebounder in his homeland’s top pro league, the All-Star Game MVP of that league, someone a few months away from signing a rookie NBA contract that will pay him more than $50 million over his first four seasons and landing endorsement deals that may make his basketball paychecks seem like pocket change.

LeBron has no greater supporter than Shannon Sharpe.

I like them, but the Grizzles sure be talking a lot of trash for a bunch of dudes with 0 rings and 0 finals appearances.

It always amazes me that people try to make so much of the result of one NFL game like teams don't play 17 of them... what, this is the NBA thread... they play HOW MANY?

LeBron has no greater supporter than Shannon Sharpe.

I like them, but the Grizzles sure be talking a lot of trash for a bunch of dudes with 0 rings and 0 finals appearances.

The Danny Green disrespect! One less ring than Lebron and Steph!

(Granted he hasn’t played this year)

Just watched Embiid drop 47 on the Nuggets in a win and realized the scoring leader isn’t even an All-Star.

You mean not an all star starter? The full teams haven’t been announced.

Problem is Embiid is all for it. I can see how he has a gripe but the difference is Jokic and Giannis are the opposite.

They just consistently up their game and ignore the noise. Crazy part is it's 3 different international players.

Sixteen trillion points to Pat Bev for being so infuriated with a no-call that he grabbed a camera from a courtside photographer, showed it to a ref and got T'd.