Alexandra Popp - the joint top-scorer in the tournament - is out of the game!

Word is she pulled up in the warm-up.

A little over 20 minutes in and I have a terrible sense that this is going to end in absolute heartbreak for someone.

A little over 20 minutes in and I have a terrible sense that this is going to end in absolute heartbreak for someone.

It’s a football game - it sort of comes with the territory!

Terrific game though, could go either way to be honest.

Goodness is Germany good. Like, don't get me wrong, England are absolutely on their level, but Germany have won a kajillion Euros for a reason, and you can tell.

They don't have their best player and they don't seem particularly arsed about it.

Like... just picking that as your finish in a final. Who is that calm?

Germany's giving England literally all they can handle.

EDIT: And there it is! Have to say, it was coming.

Germany's giving England literally all they can handle.

EDIT: And there it is! Have to say, it was coming.

Little worried England have run out of steam here

Reminds me of a certain game from last year where England take a lead and then mostly stop playing and just start reacting.

LOL, yes, I'm listening to the Beeb and the analysis is sounding very... England.

I have a terrible sense that this is going to end in absolute heartbreak for someone.

This has been a SPECTACULAR game. 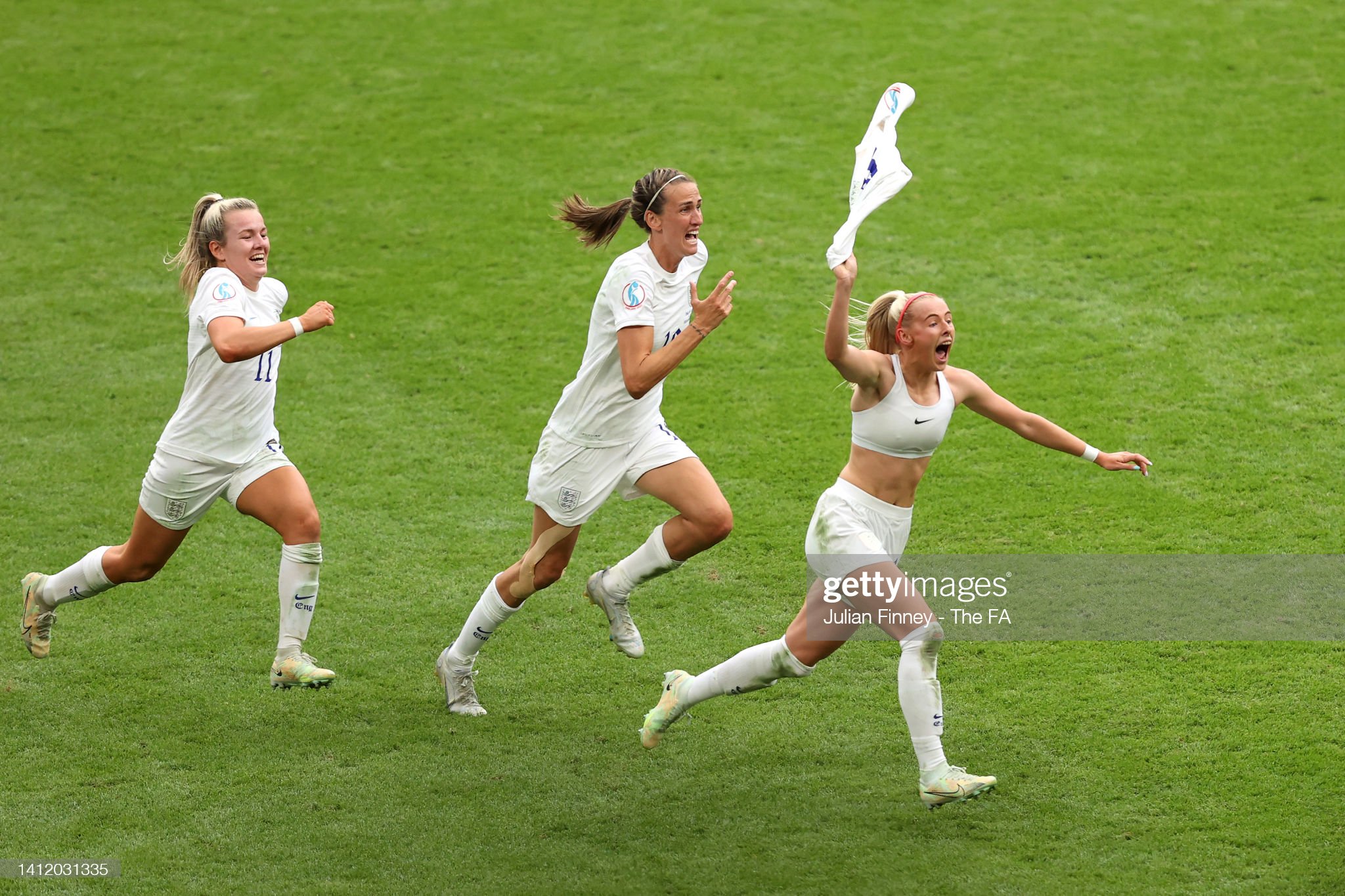 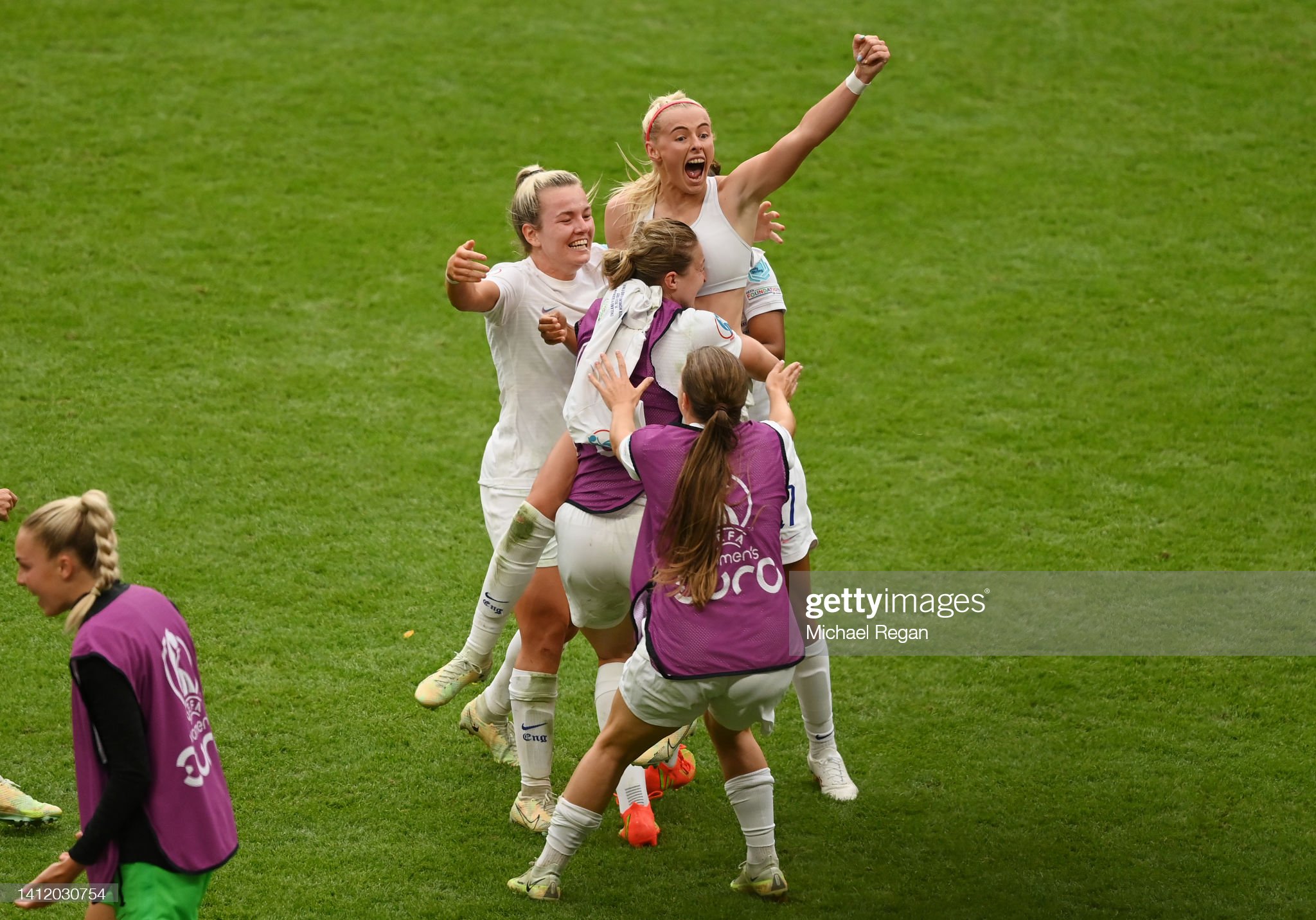 Absolute credit to the English Women, they really rebounded the longer extra time went on and fully deserved that.

I speak on behalf of all of England when I say BLOW THE f*ckING WHISTLE ALREADY!

I hope Sarina Wiegman has room on the mantlepiece for her MBE. 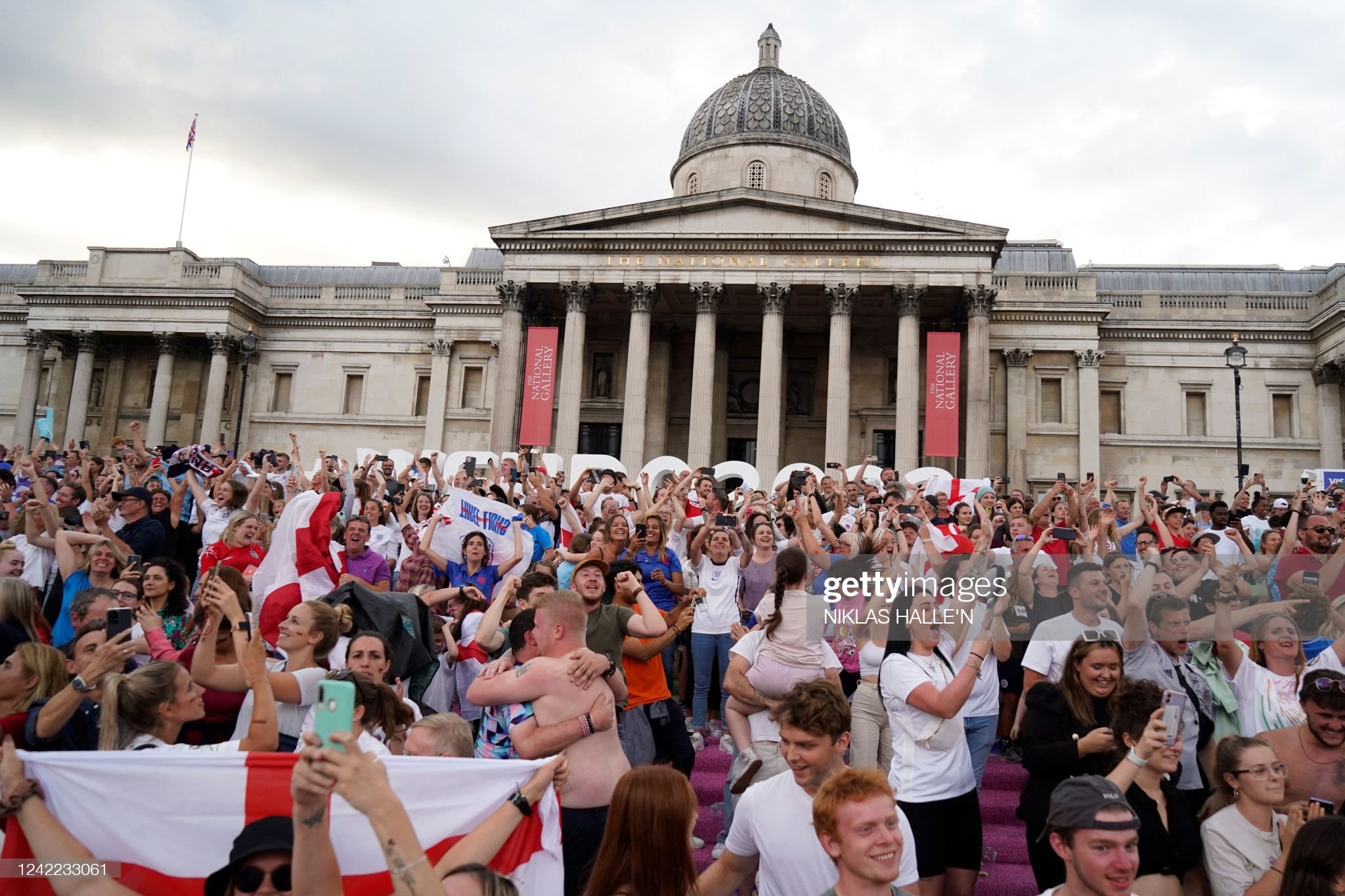 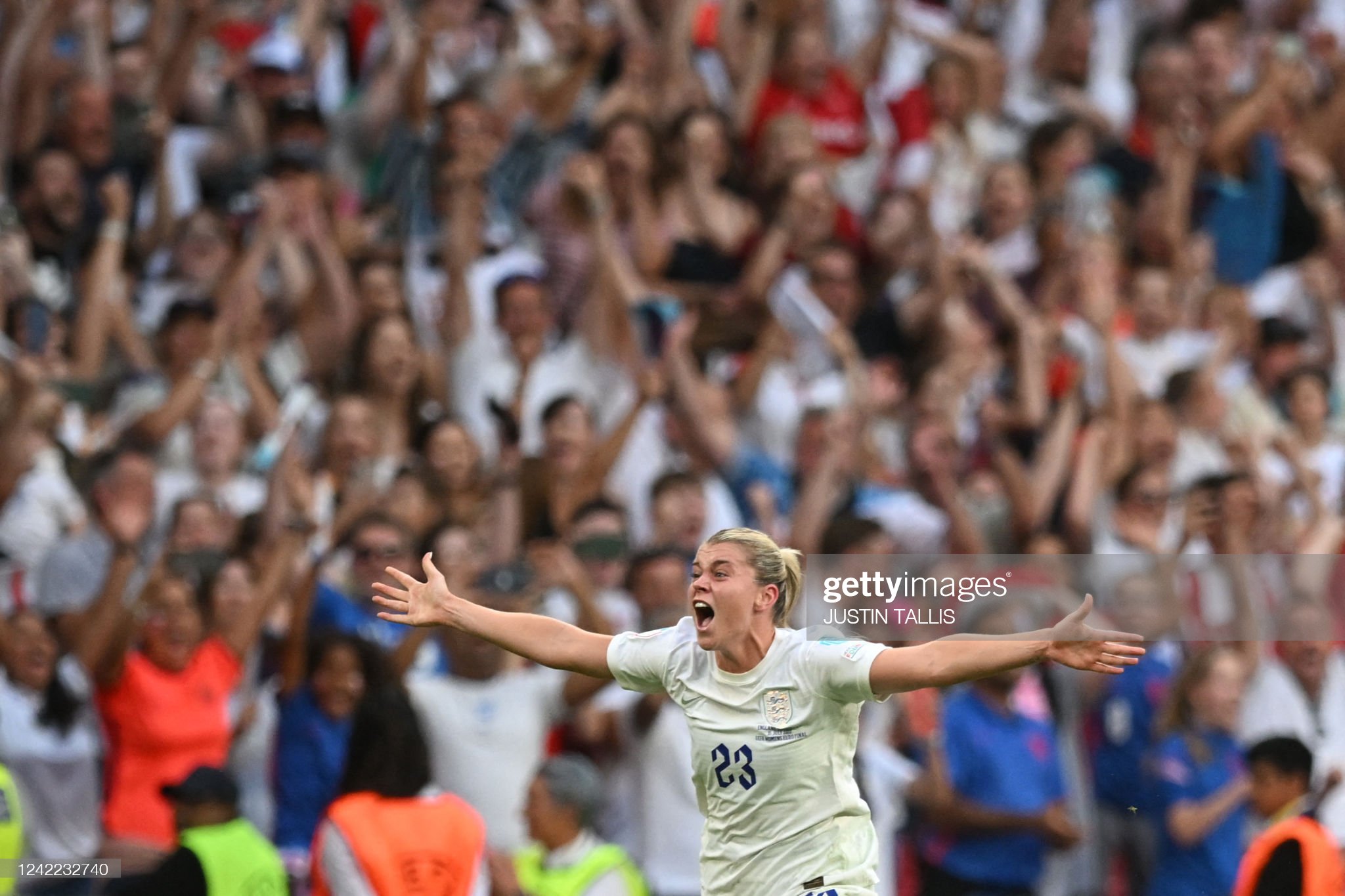 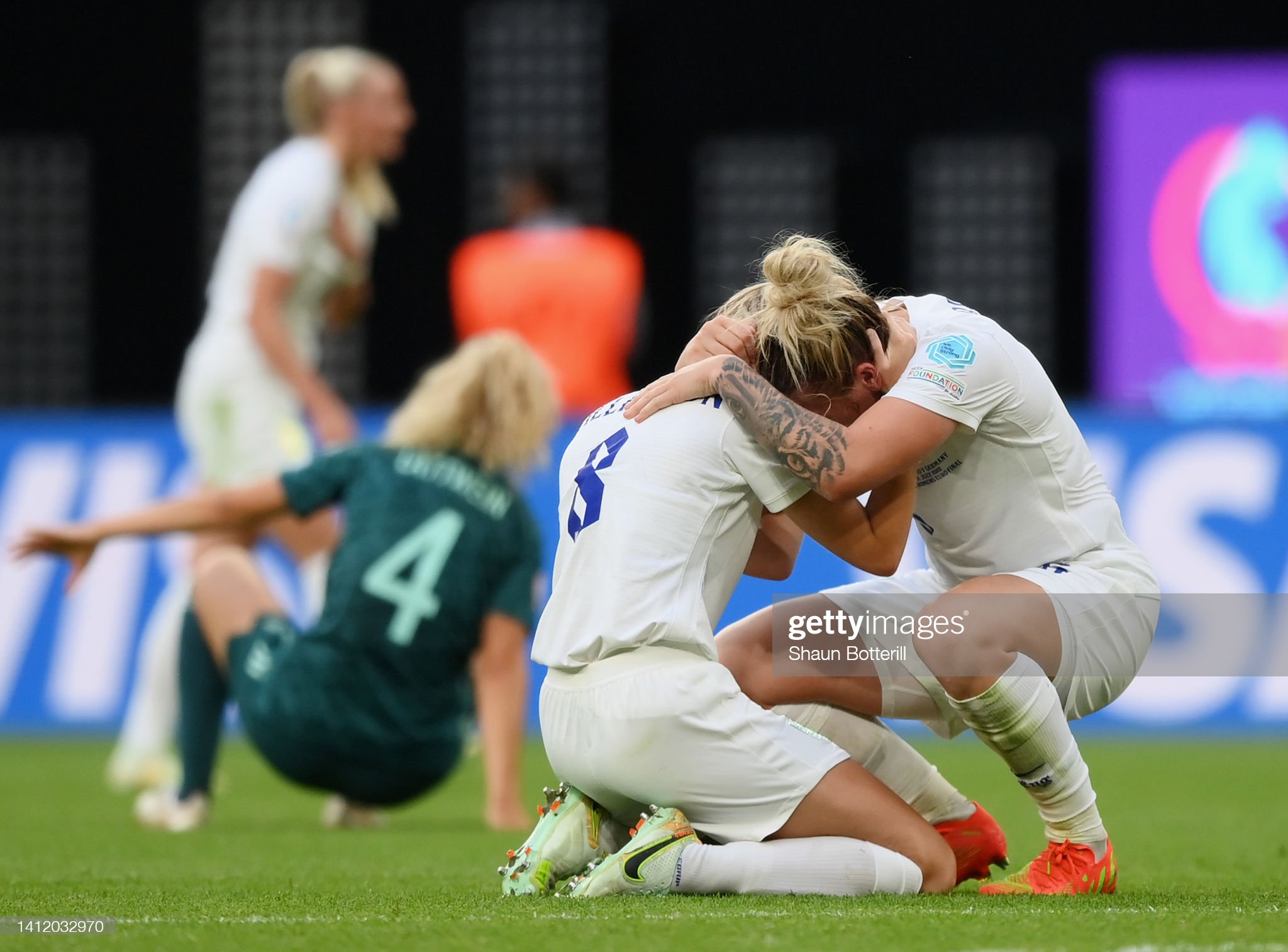 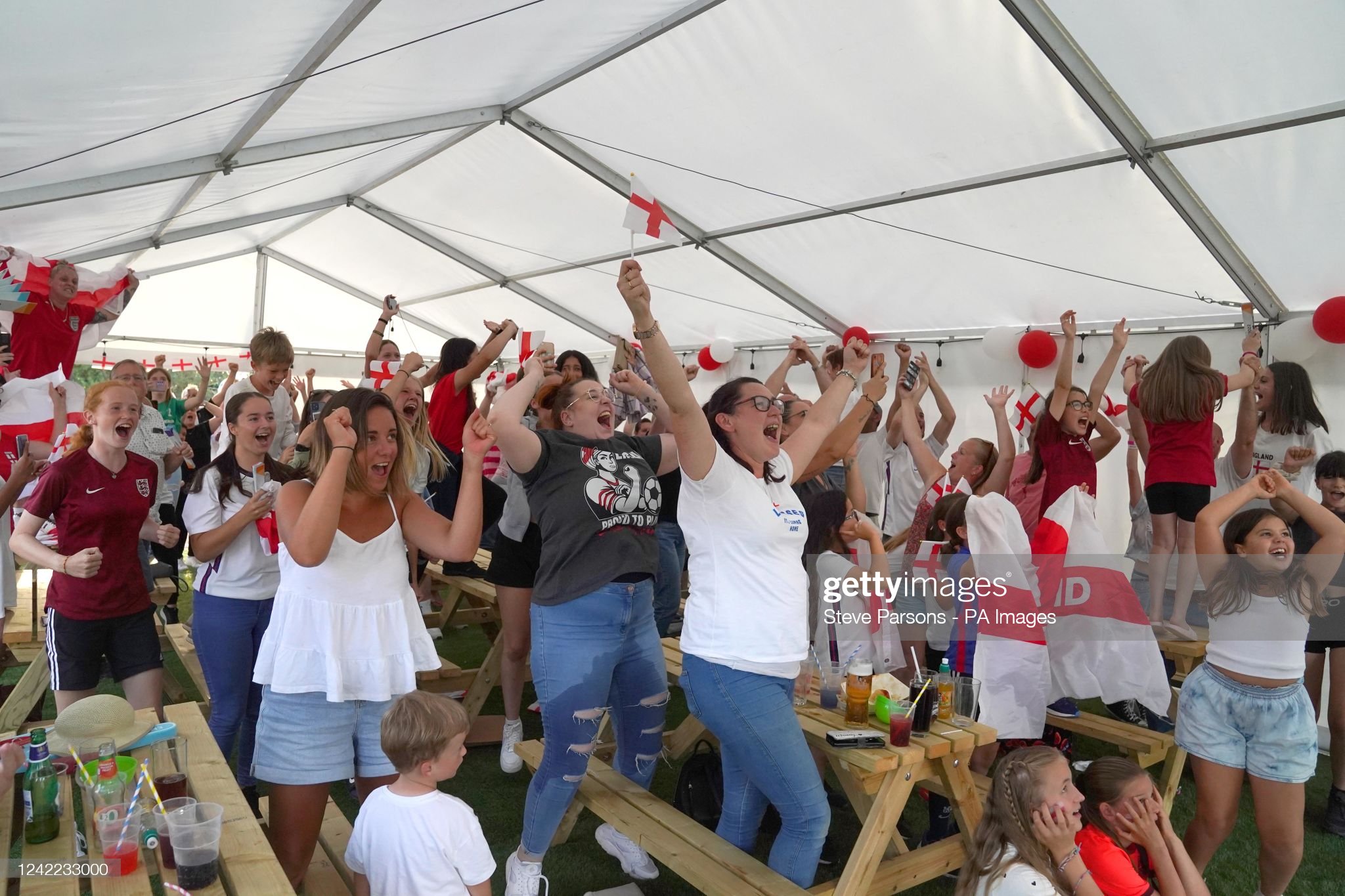 Seriously though, that was a great, nerve-wracking game.

Also, Jill Scott with my one of my favorite moments of the final.

This one deserves this treatment.

Ths is not the post-Euro news I would be hoping to read:

Brendan Rodgers has insisted Leicester will not be “exploited” as Premier League rivals continue to chase their players. Chelsea intend to test Leicester’s firm stance that Wesley Fofana is not for sale and Newcastle plan likewise with James Maddison, having had a bid rejected last week of about £40m. Rodgers said that “might just cover three-quarters of his left leg”. Newcastle returned on Monday to make a bid of more than £45m for Maddison, with add-ons taking the deal to £50m.

Leicester also expect Arsenal to move for Youri Tielemans but are yet to receive any offers for the Belgium midfielder.

Leicester, despite Rodgers’ keenness to shake up his squad by signing a centre-back and a right-winger, are the only club in Europe’s top five major leagues yet to make a signing and are in a tricky position where they need to sell before they are able to strengthen. They are, though, determined to retain their prized assets.

Thomas Tuchel has identified Fofana as his first-choice centre-back target after losing out to Barcelona in the race to sign Jules Koundé from Sevilla and failing to re-sign Nathan Aké from Manchester City. Newcastle are keen on Maddison, though Rodgers is adamant neither player is for sale. Newcastle are thought to have inquired about the Leicester winger Harvey Barnes as well.

“There is, obviously, within the club a financial situation which isn’t ideal in terms of wanting to do business,” Rodgers said. “It doesn’t mean we will be exploited and we don’t want to be losing our best players. You don’t want to lose your best players and then not be able to bring any in. That doesn’t stack up.

“With James, he is looking the best he has in my time here. His level of confidence, physicality and a player of that talent – there will be interest. He is a joy to work with. I love him as a young guy, seeing him grow from when I first came in to a 25-year-old father; seeing him change in life and his football life. He is really pivotal to us. There is no way I would want to sell him.”

As a Saints supporter -- Brendan Rodgers can do one on that topic.

Ths is not the post-Euro news I would be hoping to read:

The league getting its money up front in cash while the players had to wait to get the magic beans says it all.

Fubo TV took over coverage in Canada for EPL

Dazn still has Europe though.

So now split between two platforms that are pretty terrible. Never thought that in 2022 I would need to revert to my highschool/university skillset of finding streams.

Will most likely end up the VPN route.

In fun* Arsenal news I was checking the official roster as I gear up to build my hope for ultimate heart break.

Lucas Torreira + Bellerin are still on the roster as Edu figures out how to unload them.

It's hard to fault the Kronke era on spending recently as they make moves. But not sure how long that will last because the Wenger era of just fleecing clubs left and right on sales is long gone.

Pepe (most expensive signing) is apparently free to go but guess what no one really wants him or at least at his wage they don't.

Pretty good signing imo. A keeper on a hot streak can really snatch some points for teams in a relegation fight.

Pretty cheap deal also considering it only gets to 8m if Fulham stay up two years. If they do I don't think they will care about the money.