Amanda, Glendon, and Rich talk about games followed by a segment with Glendon and his partner about their experiences with Biped.

Special thanks to Jonman for participating in the donation drive last year and suggesting Biped as our first donor-requested game! More to follow throughout the year.

Horizon Zero Dawn: What we talk about when we don’t talk about Natives by Dia Lacina

I’m very excited to play as Aloy again. At the same time, I’ve never played a Dark Souls or souls-like at launch so, much as it pains me, I’m putting off getting Horizon Forbidden West in favour of jumping into Elden Ring around launch day (if the PS4 version is anything like playable.)

For a long time any discussion about long games verses shorter experiences tended to be framed as people who demand a vast amount of content for their money vs people who value quality. I’m glad we’re getting away from that over simplified characterisation. These days I enjoy a mixture of long and short games. With big games like the Horizon series I’m not looking for value for money at all costs, instead I enjoy the experience of existing in the same fantasy world for a long period of time. Knowing that, over weeks and months, I can return to characters, a world and mechanics I’m comfortable with.

I’ve realised that my natural way to play such games is to play for a few weeks or months and then have a break for a few months. Breaks like that mean that, upon return, the game feels fun and fresh again.

At the moment I’m adoring Ghost of Tsushima (The avoidance of quest markers and the use of the wind and other natural elements to guide you to points of interest goes a long way towards keeping you grounded in the world and avoiding that ‘markers galore’ open world feel.) I’ll be fine with putting GOT down while I play Elden Ring and picking it back up later in the year. 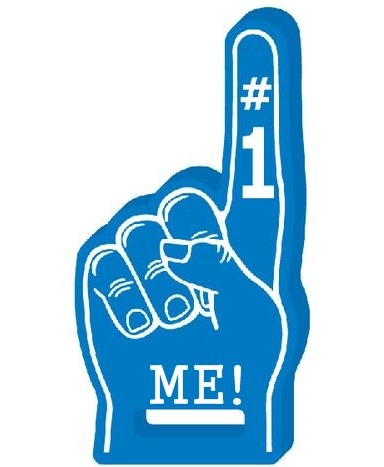 I played Biped with my wife, which led to me nominating it, and upon hearing that it got covered in the podcast, she asked if I made sure to mention that it pairs well with cannabis for maximum giggles.

She's not wrong, that might have been the most we laughed together in one evening for a while.

EDIT - after listening to the segment, I wanted to comment on Glendon and his partner's comments about it being frustrating.

They're not wrong at all, but we found that by focusing on the positive of the slapstick fun of repeatedly screwing up together, rather than the disappointment of success eluding us, the game really shone.

We too are a couple comprised of an alpha-gamer and an occasional, mostly lapsed gamer and my wife has never really gotten to grips with twin-stick controls.

But that put an interesting spin on the game, making us have to compensate for that skill disparity by amping up our communication and planning.

Another excellent episode this week and one that inspired me to spend some time playing VR games. I started with some Pinball FX 2 VR to get my VR legs back and I have always found that game to be the most gentle when it comes to being in that space. I then finally jumped onto Moss after hearing what Amanda had to say about it and I'm kicking myself that I took so long to finally play this game. What a magnificent action adventure game! Highly recommended.

I really enjoyed the discussion about Biped. I have a soft stop for accessible coop games. And speaking of Biped, Steam is having a Remote Play Together sale and the game is 50% off!

Any thought to inviting the nominating goodger to come on the show to discuss their donation pick?

I believe in the past that was a $50 level donation drive thing, so I hadn't considered it for the $10 donor level. I have conflicted thoughts about pay-for-play!