Cards played a good half, but starting QB got hurt on a meaningless play before half and we never got anything going the second. Clemson avoids the Nov 12 jinx and keeps home winning streak alive.

They kick a FG.

Stop playing not to lose.

I introduce you to Smokey IX, who will soon take over the job from his father, Smokey X.

Just look at those ears. Talked about going to that since it was in Nashville. Decided the Knoxville trip this weekend was enough Vol sports. Good choice in hindsight.

Holy crap Cal pulled the trigger and fired both the Offensive Coordinator and Offensive Line Coach, just a week before the Big Game!

This was a move Cal had to make.. so I'm glad they did it.

The E:60 show on the 1982 Big Game was a lot of fun. Of course it wasn't produced by Cal, so it gave equal time to both schools, so it didn't get me as hyped up as when I just watch the broadcast over and over again, but its a good watch and everyone should take a look.

What's really sad is just listening to all the enthusiasm of everyone involved, seeing the full stands, talking about the antics of both groups of fans and comparing it to today. Both schools have always been and continue to be great academic institutions, yet the love of football has nearly been completely drained. On field results certainly play a big part in that, but just the overall mindset of both schools and the bay area environment in general has made capturing Sand Hill Road more important than the axe.

Of course the most famous participant in that game, still refuses to talk about it, so after the screen goes black ESPN just puts up the quote

It was just a farce. The officials didn't have control of the whole game. They ruined my last game as a college player.

With the line "John Elway declined to be interviewed"

That about sums up every stanfurd grad before, then, and since

And since its Big Game week

I'm not a big Star Trek fan, so can't tell you too much about this other than I've confirmed this is an actual un-edited clip from Star Trek: Enterprise. Who knows where all of your other schools will be, but thrilled to know that the Big Game will still be played in 100 years!

TCU kicker from goat to hero

When Pat Narduzzi's defense works, it's a great show of aggression and man-to-man skill by the DBs.

When it does not:

Vandy is having themselves a month. First SEC victory in 3 years against UK so just take another against Florida.

Cards beat another ranked team. Handled NCSU by 15 in the battle of backup QBs.

Badferret
Posted: November 20, 12:47 AM
The Musk is strong with this one

Is there a sandstorm brewing?

Badferret
Posted: November 20, 1:55 AM
The Musk is strong with this one

That is a sneaky, underrated place for a night road game.

Oh, and down go the Heels.

Badferret
Posted: November 20, 3:37 AM
The Musk is strong with this one

College football can be so great and painful at the same time.

Hate that for Hooker, but who would have ever thought that USCe would win in a blow out.

Badferret
Posted: November 20, 4:06 AM
The Musk is strong with this one

SEC Shorts is going to be lit!

I guess Spencer Rattler remembered how he was supposed to be a #1 overall draft pick.

Rattler came into the night with nine interceptions and eight touchdowns and averaging 198 passing yards per game. There were questions asked about whether the Gamec*cks might want to test out the backup.

I know there was a reason a certain word was altered in *Legion*'s post going back almost twenty years now, but it's still funny to see it altered in the context of college sports to this day.

YOU TELL THE WHOLE DAMN WORLD THIS IS BEAR TERRITORY!

A (mostly) Sold Out Memorial Stadium, a beautiful day for footbal...

3 quarters of OMG this is the worst Cal game ever, becomes 1 quarter where we score 21 points and beat stanfurd in the 125 Big Game. Two 3-7 teams going in... but Memorial was rocking for the first time in a LOOOONG time. Cal beats stanfurd at home for the first time since 2008 (all of our recent wins were at the Farm).

And yes.. of course we rushed the field, including my nearly 50 year old body. 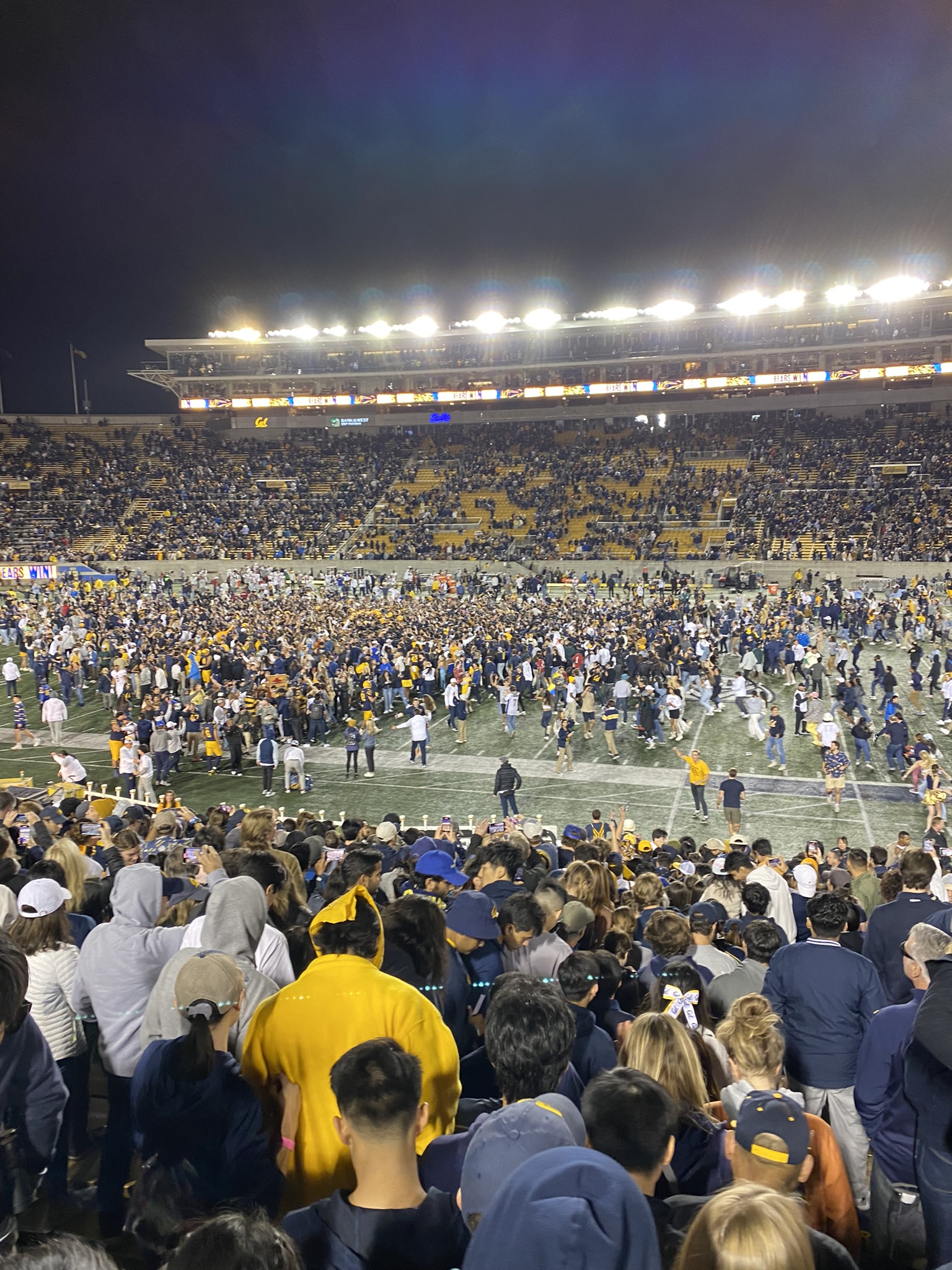 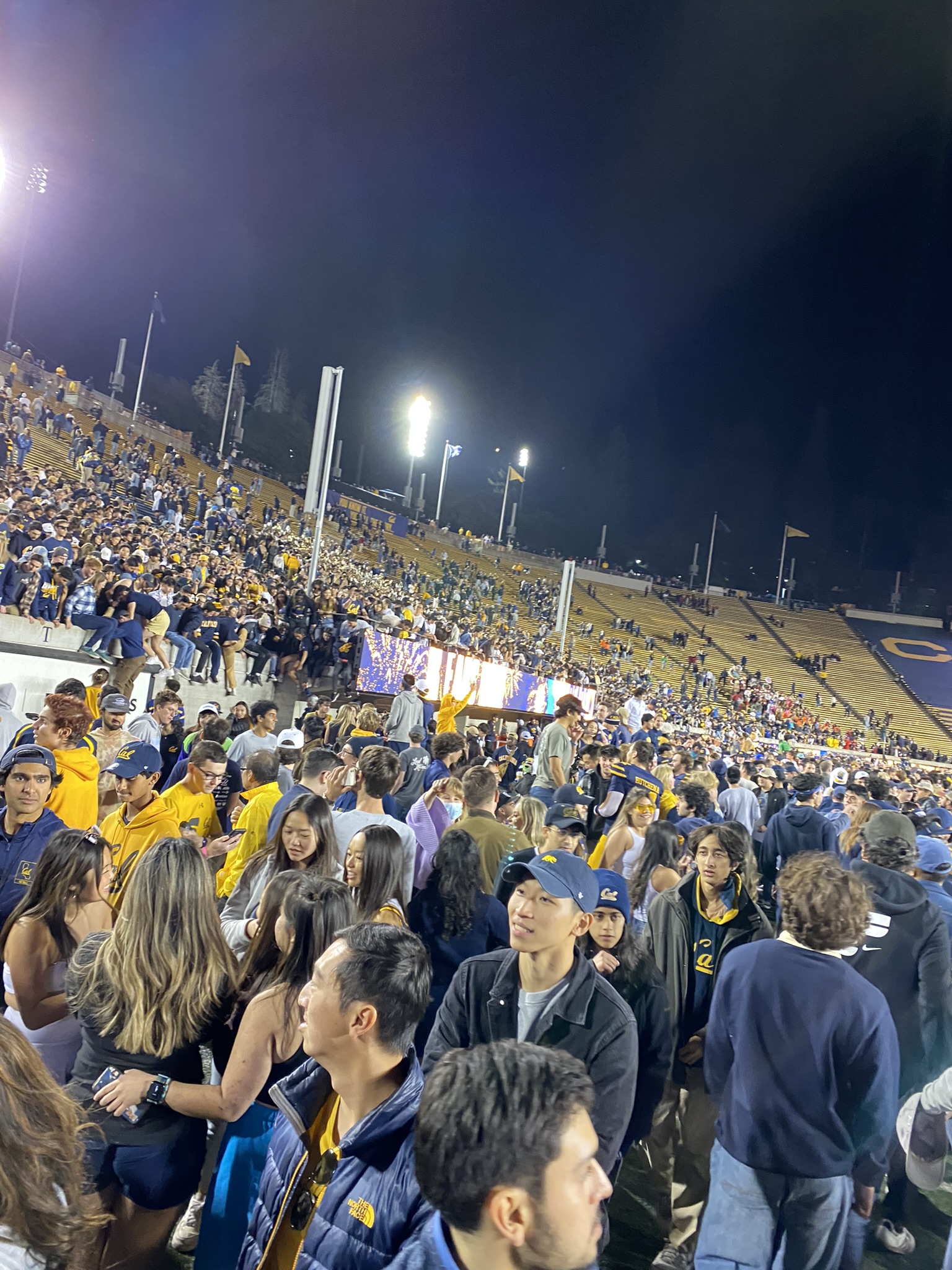 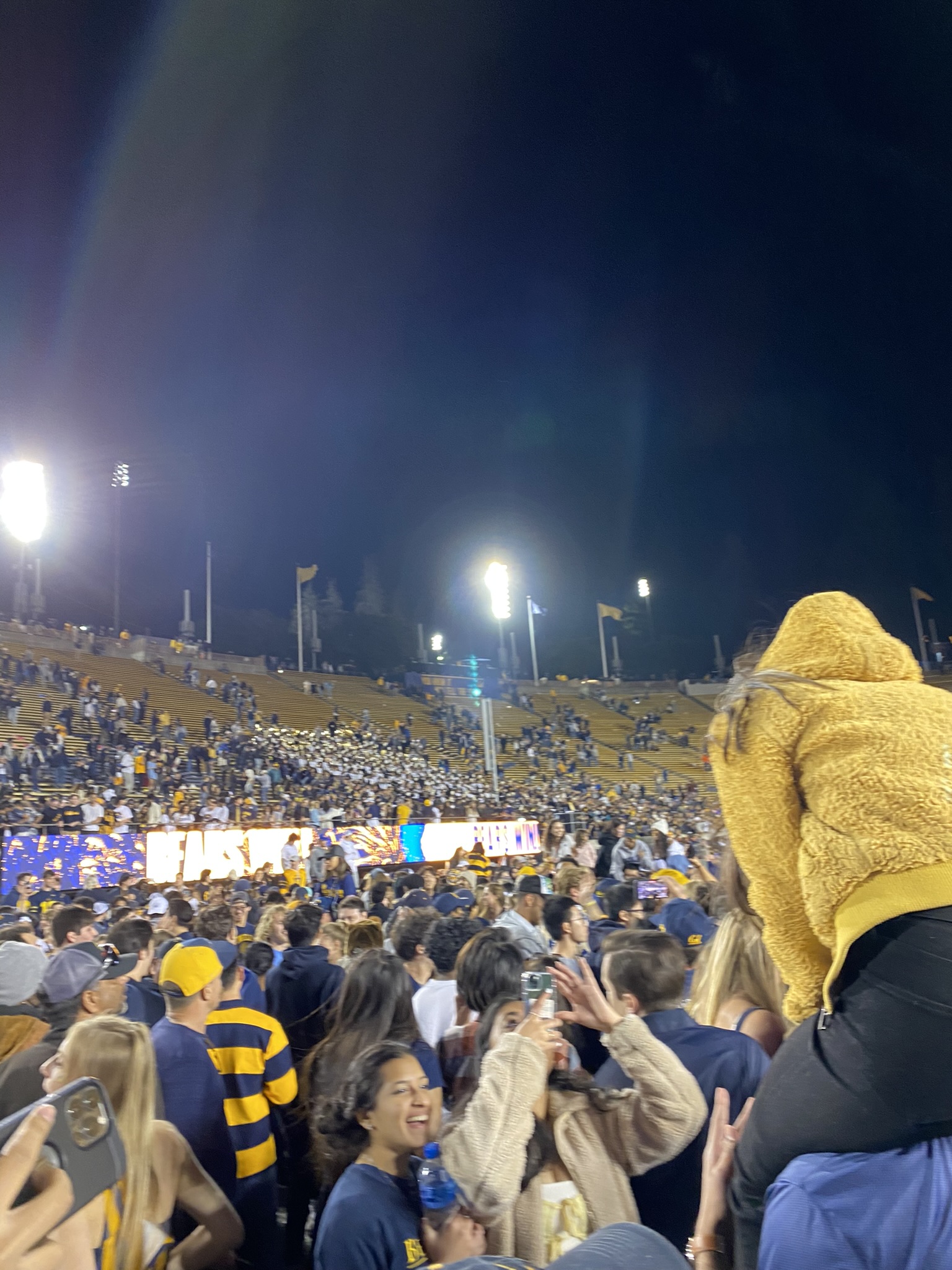 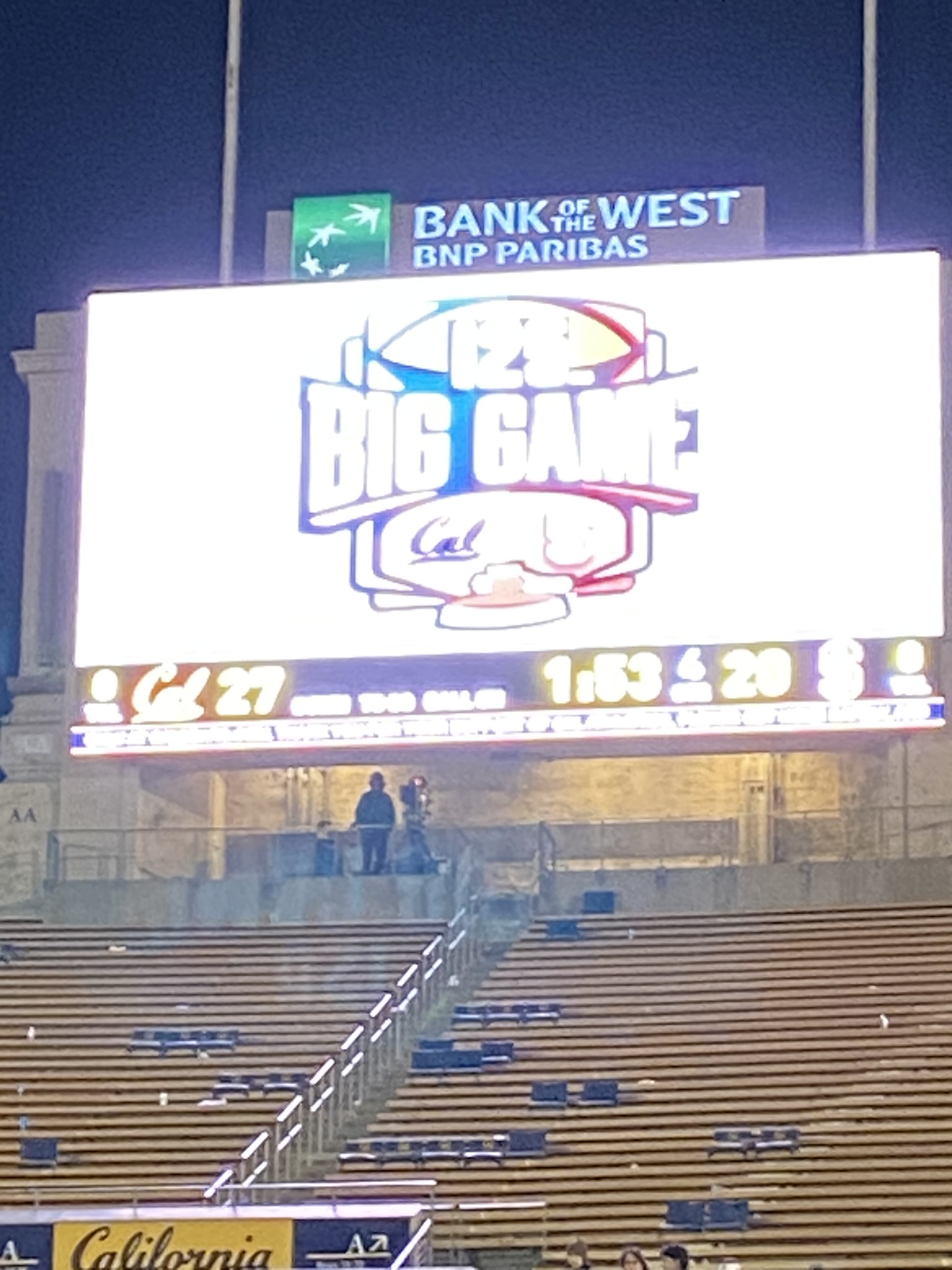 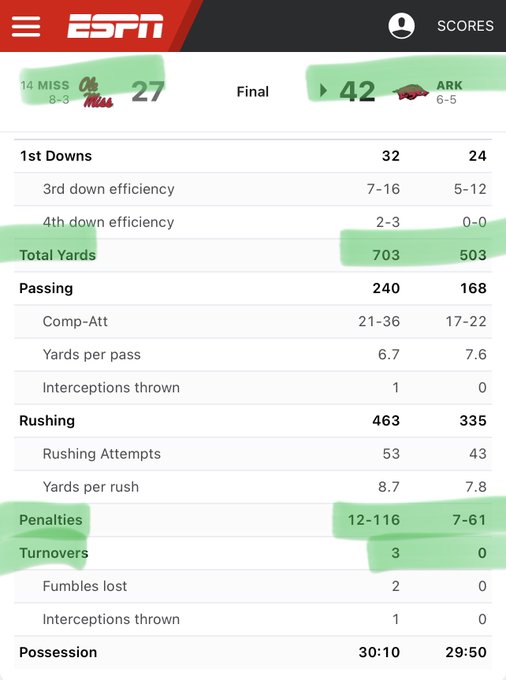 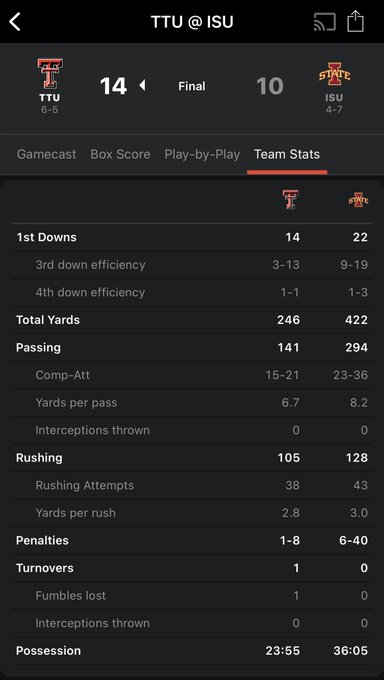