Otherwise I guess Noctua is the recommended fan upgrade? Something like this probably.

Is it a small form factor build? If not and there's room for a tower cooler, then a cheap tower cooler will be the easiest and cheapest way to bring temps way down.

In my HTPC case, I have a 3600X being cooled by the Noctua C14S, with the fan mounted in the below-the-finstack position. The L12S is similar and cheaper, with a lower clearance requirement (70mm in fan-under or 88mm in fan-above, vs. 115mm to 142mm for the C14S).

For even lower profile, the NH-L9x65 is pretty excellent and squeezes you down to 65mm of clearance.

I would only go with something like what you linked if you absolutely, positively have zero clearance and need that minuscule 37mm cooler height.

But if a tower cooler fits, a Noctua U12S Redux or the Ventroo V5 will handily outperform these low profile coolers, and at a sub-$50 price point.

Yeah that was just one of the cheaper Noctua off PC part picker. Pretty sure I have plenty of room in my Phanteks P500A. I went ahead and ordered another $30 fan (BF sale) off Amazon and some thermal paste, just in case. I'll probably use both, but I guess I could just try the paste like Mao suggested. But I just built this thing 18 months ago, and I've seen enough posts of people replacing the stock fan with another and getting 10-20C better temps. So I'll probably just do both on Tuesday.

The bad news about the market is that we will probably have to wait longer for the cheaper 7000 and 4000 series. I mean I guess there is a small chance they bring them out sooner to see if the market is prime enough for cheaper gpus to boost profits. I just don't see either company rushing to introduce more volume to the market.

Being built by a local PC dealership so if it does get issues I’ve got easy access to repairs and whatnot. It came in a fair amount under what I’d budgeted for so very happy with that.

Should take delivery end of next week.

With the production and shipping issues continuing, I'm not sure that they can *afford* to introduce much more volume to the market, Fang. I suspect they'd love to strike while the iron is hot. But this is still a global issue, as I understand it.

CIV VI crashed twice last evening, most likely because my 3060Ti overheated (Afterburner indicated 83C). I've tweaked the Afterburner curve a bit, but it's weird he doesn't go into full fan mode at that temperature (only in bursts).

And I should probably check if any other graphically intensive games result in the same issue. During office work the temp doesn't go above 30C.

Fan update. Got this ID-Cooling super cheap. Video review here. One of the coolest cheap solutions but a bit louder than others. I really don't care about noise though, especially when playing with headphones.

So I was seeing temps in the 80-85C range with just Rocket League, not that intensive. Played a bunch of matches tonight and it never went above 52 or so.

The game I was playing that pushed me to 90C and scared me this weekend... runs at 70 now.

Probably should have listened to y'all and spent an extra $40 back when I built it last year but I've never not used a stock cooler before. Just a little nervous about thermal paste, etc. But wow it was pretty easy after a couple youtube vids.

Stock coolers are basically e-waste at this point.

Thermal density in CPUs has significantly increased over the past 10 years, and stock coolers have hardly moved in that time. So what was kinda-sorta adequate before is now just good enough to keep the CPU from hitting the shutdown point (and sometimes not even that).

My brother bought a prebuilt a year ago, and we got a literal 40° C drop in Cinebench by replacing the OEM-style cooler with a $35 Hyper 212 Black Edition that we picked up from Best Buy. The delta between an OEM-style downdraft cooler and even the cheapest tower coolers is vast. It's just physics. Heatpipes drawing heat away from the CPU die and dissipating it over the large surface area of a 120mm finstack is SO much more efficient and effective than trying to blast air at a comparatively tiny finstack that's sitting right on top of the CPU.

With a combination of second hand and sale purchases, I managed to pick up this for ~$700 CAD (not including GPU). SOO excited to be upgrading my CPU for the first time since 2014. My 5820k was solid, and it shall be immortalized as my new dedicated plexbox.

When I got my 3600, the vibe was "hey it comes with a cooler that is not the greatest but works". As soon as I saw it hitting 90+ degrees in WoW, I bought a hyper 212 which brought it down to 75ish.
I then saw Tech Jeebus laud the Ventroo and snatched it up. WoW seems to be the thing that pushes my CPU the most and it was running 63-65 degrees on it. And like I mentioned above, it idles in the low 40's and maxes out on everything not WoW at 51 degrees.

Nah, sticking with my 3080 for now. I tend to skip a generation each time.

They were dumb to even try but I'll take this little bit of schadenfreude.

Pfft. They can afford it. Not worried about watching them cry in Capitalist.

So, what's going on here? 4K IPS panel with Edge Backlighting. Dynamic Dimming turned off, but on is very similar. Seems to have gotten worse in the last month or so. 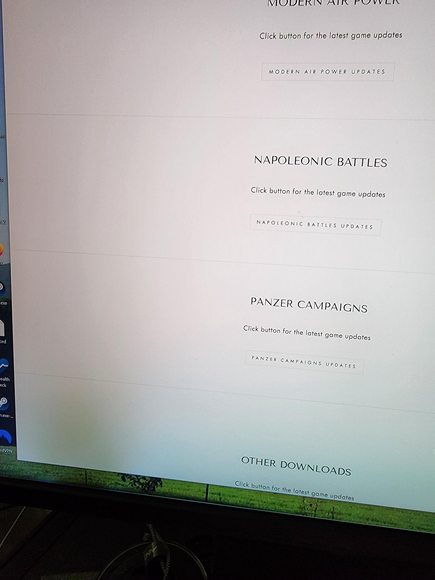 Looks like a partial failure in the backlight, or some kind of separation or warping in the panel maybe, I dont know. I'd look into the warranty details. Or if it's new go for immediate replacement.

Out of warranty, nearly 2 years old. Bah. Thanks for the response.

The F310 is nice and it's cheap, which I imagine is part of the consideration for a controller for a small kid.

Otherwise, Xbox controllers are the standard for PC.

The F310 is nice and it's cheap, which I imagine is part of the consideration for a controller for a small kid.

Otherwise, Xbox controllers are the standard for PC.

Yeah, I have an xbox controller for myself they are just big.

I was also gonna recommend an 8BitDo gamepad with the SNES-style body, which definitely will fit smaller hands, but there might be some confusion with the disconnect between PC and Nintendo button layouts. Of course, you can pop the controller open and rearrange the labeled buttons (as long as you buy one where the labels are on the buttons themselves and not the controller body). 8BitDo even sells Xbox-style button replacements for the SN30/SF30 lines. But obviously that's less friendly than something you can buy and use straight away.

We have the Hori and it worked perfectly until our son outgrew it.

We have the Hori and it worked perfectly until our son outgrew it.

We've only tried it on Switch (not PC) but my kids liked this when they were younger:
IINE Cat Controller

Supposedly supports PC. We have a pair of the blue ones.

Nah, sticking with my 3080 for now. I tend to skip a generation each time.

I have generally stuck to an "every other GPU generation" cadence since 1999, with a few notable exceptions when a generation ended up making a really wild leap in performance and value. The two big ones that immediately come to mind are the GeForce 4200 ti (I had a GeForce 3, but the 4200 ti was such an outstanding value with modest overclocking that I simply couldn't resist) and the GTX 1080 (it was an absolutely absurd leap in performance over the GTX 970 which was struggling a bit at the time as I had moved up to 1440p).

I did jump up to a 2080 around four years ago for ray-tracing (Minecraft and Cyberpunk were just too alluring to pass up) and figured this new generation would make for a good upgrade opportunity, but... pricing is just insane. My days of living on the higher end of GPU's are clearly done. Anything that offers a big enough performance jump to be compelling is just way too expensive to be worth it.

Sure, a 4080 offers basically double the performance of my current card, but at more than twice the price I paid for it. I had hoped maybe RDNA3 would bring prices back to a somewhat more reasonable range, but the 7900 XTX is essentially priced right in line with the 4080 when you take RT performance and power consumption into account, and the XT is a poor value for the money compared to the XTX.

I'm not sure at what point there will be an upgrade that feels worth the price. Most likely a 70/700 series card if they're priced reasonably when RDNA4 or the RTX 5000 series shows up, since the 80/900 series cards in the current gen are about where the compelling performance uplift currently is.

I'm with you. I splurged on a 2080 Super right before the pandemic. It's been my full-time WFH home beast for three years, and I hope it lasts another three.

So the great day is here, and I was expecting the skies to open up, AMD would be here to save us all, nvidia to drop their prices by 75% and I would pick up a brand new top of the line card for the same $499 I purchased my top of the line 1080ti way back when.

My high level read of the situation is that has not happened?

AMD's flagship seems to be a solid competitor to the 4080.. cheaper yes, Ray Tracing and power/performance not as good, form factor better. The 4090 appears to be the undisputed top of the line and maybe even on a per $$ basis if you can stomach the cost.

Whether it was a misstep, or the actual economics at work, I'm not seeing the nvidia-killer in the 7900 series?

The only frustration I have though is that all of this has basically made finding a 3080 which is/was a great value proposition basically impossible to find.

Nvidia has proven that they are going to do what they want to do. This is regardless of market, pandemic, inflation, over stock, competition, future market health.

They will not be humbled despite mountains of evidence against them.

Oh I forgot today was the day…not sure why it matters not like it was going to be easy to buy a GPU.

Edit.. I still don’t enable RTX.. it honestly don’t seem to do that much to make the game better other than causing lower frame rates. But apparently it’s a huge deal because gamers seem to care a ton about it.

So. nevermind for now!

Still waiting to hear from Pimax if any DSC improvements in the new AMD cards will make them compatible with the upcoming Pimax Crystal headset. I want my high-res, wireless PCVR. (Although I might just use it with my existing 3080 and wait another year for a GPU upgrade).