Hyrule Warriors: Age of Calamity is more than just another Dynasty Warriors spin-off, more than just another hack’n’slash power fantasy. It is a remarkable return to a cherished world, a joyous reunion with beloved characters, a prequel to Breath of the Wild with just enough of its own spin to create a story both surprisingly unique and deeply special. It is hands down my favorite game this year.

I played Breath of the Wild for the first time during the Spring Lockdowns of 2020. Its sparsely populated world occasionally punctuated with settlements of enjoyable characters existed as an echo to my sudden isolation at home. When I finished the game, I knew I would miss the world itself more than any particular character.

So, I leapt at the opportunty to return, even knowing that the world would be different—both because Age of Calamity takes place 100 years earlier and because different gameplay would require different map designs. Omega Force did an amazing job capturing the scope and scale and feeling of the world, even while segmenting it into smaller, battle-focused arenas. 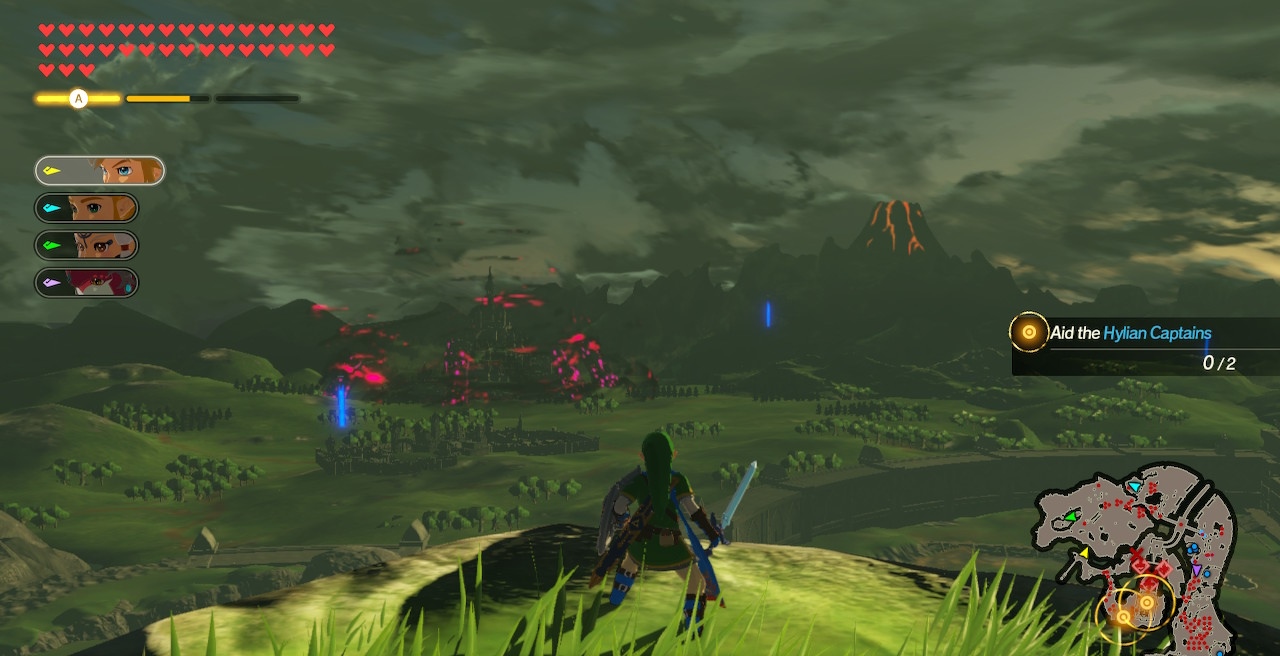 Iconic locations, such as the Great Plateau and Kakariko Village, retain their original charm, even sparking memories from my time with Breath of the Wild—the first moment Link steps out of the Shrine of Resurrection and looks out at the vast world or the search for hidden chickens to earn the final Rupees I needed to buy some stealth armor. Such nostalgic moments enriched the pre-calamity world with a deep fondness and familiarity.

As a prequel, Age of Calamity exists on a precarious line between the canonical history of defeat and the need to tell a unique and engaging story of hope and possible victory. Pitfalls lie to either side, but AoC threads the narrative needle with a little timey-wimey assistance—namely an allied, time-traveling mini-guardian. Personally, I love time travel stories, so I was already primed to enjoy this one. 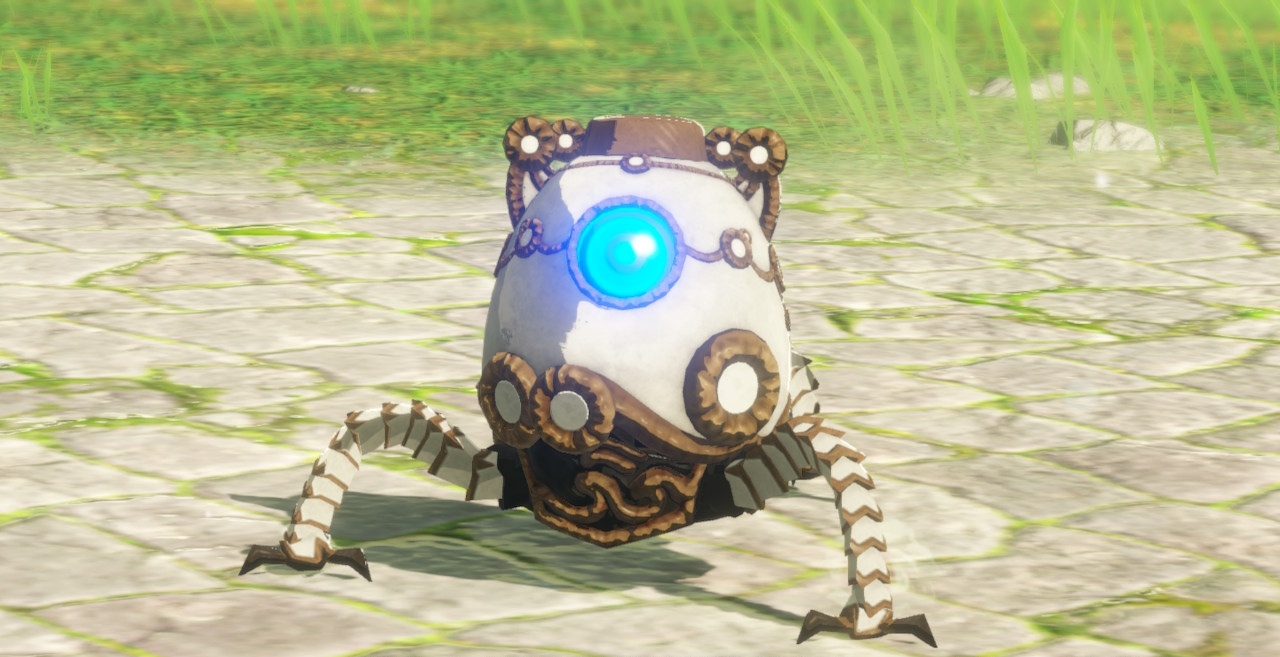 In fact, the slightly-alternate timeline, where fate and outcome are no longer assured, is the greatest strength of the story, allowing Age of Calamity to explore the events and alliances that would need to occur for Zelda and the Champions to achieve victory. Some moments are unsurprising, like Link’s promotion from soldier to Captain in the Royal Guard to Hero-Champion, while others are unexpectedly delightful, like the altered awakening story arc for Zelda’s Sealing Power. But it’s the sudden, out-of-the-blue arrival of save-the-day characters that left me grinning the most.

Not only are all of the returning characters faithfully designed and written, but they are voiced by the same actors and given move-sets in battle that reinforce their unique identities and abilities. Urbosa’s mastery of lightning is on full display as she charges and discharges electric attacks while Impa’s proficiency in Sheikah magic conjures shadow clones to fight at her side. But even with such broad variety in over 20 playable characters, even with occasional challenges that forced specific character choices, I consistently found myself turning to the familiarity of Link’s sword’n’board. He is, after all, the Hero of Hyrule and destined to do much of the heavy lifting in battle. Plus, of all the allies on the roster, it was Link who was my original companion in Hyrule. So it was only fitting that he and I would take on the Calamity together, surrounded by friends who I haven’t really seen since the start of the pandemic.

It felt a lot like coming home, and this of all years—I really needed that.