//OPERATOR: Gamerswithjobs //BIOME: Forest //BACKGROUND: The Operator intends to rapidly expand exotics operations and has put out an urgent tender for survey data, specifically around new drop sites. This exploration and mapping mission is critical to development of this planet. //MISSION: Take radar scans at three essential locations, ensuring accurate data is returned to the Operator. //TERMS: Contractors will be provided with radar equipment. All other risk and resourcing is the responsibility of the Contractor. Expect elevated wildlife and weather threats. 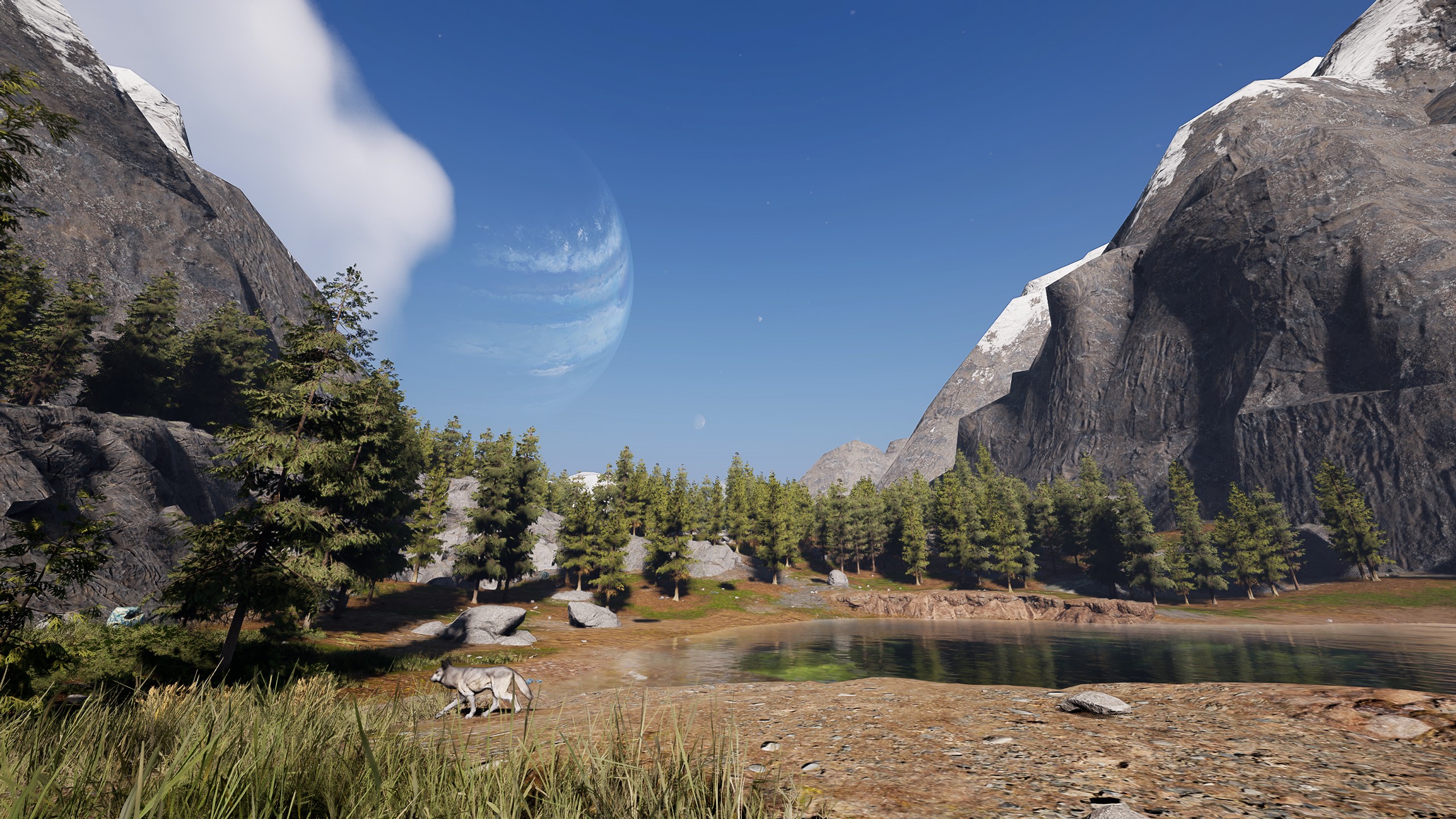 Landed on Icarus. Ride down was a bit bumpy. It seems storm activity on this planet is much higher than back home.

Mission control has given us a basic recon mission. Should be simple. Grab the radar out of the crate waiting on the surface, reach a couple marked map locations, set up the scanner, take some readings, head back. Simple.

I don’t know. I’m a little bit worried. With the way this planet rotates and how we’ve positioned our orbital station, there’s a limited window to land, conduct operations, and make it back. Apparently, if we miss the window, it’s curtains for us. We’ll be stranded. We have about 6 days. Simple?

Set up camp today. Started with simple stone tools since HQ sent us down here with nothing. Apparently, once we haul enough exotics back, they’ll let us use the 3D printer or requisition table to get some new gear. But from what I overheard in the cafeteria, that’s not going to be for a while. Besides, that nice axe from Shengong costs the equivalent of TEN missions salary! And don't even get me started on the cost of the Naneo armour suit!

The local flora and fauna is pretty standard. There’s lots of trees, so we can build a pretty robust base of operations. There's an abundance of bushes and shurbs for weaving basic protective gear. But it's the animals that shocked me—they're so plentiful! I've only ever seen animals in our 6D virtual reality room, and no AI enhancement and scent synthesizers can even come close to the first male stag I saw, antlers majestically swaying as it passed. They say people used to hunt by smell, and I get it now! There's no tang of smog and acid rain here to mask, well, everything. I killed 6 deer and 4 rabbits. I didn't like taking their life, but out here it’s a prey and predator world. 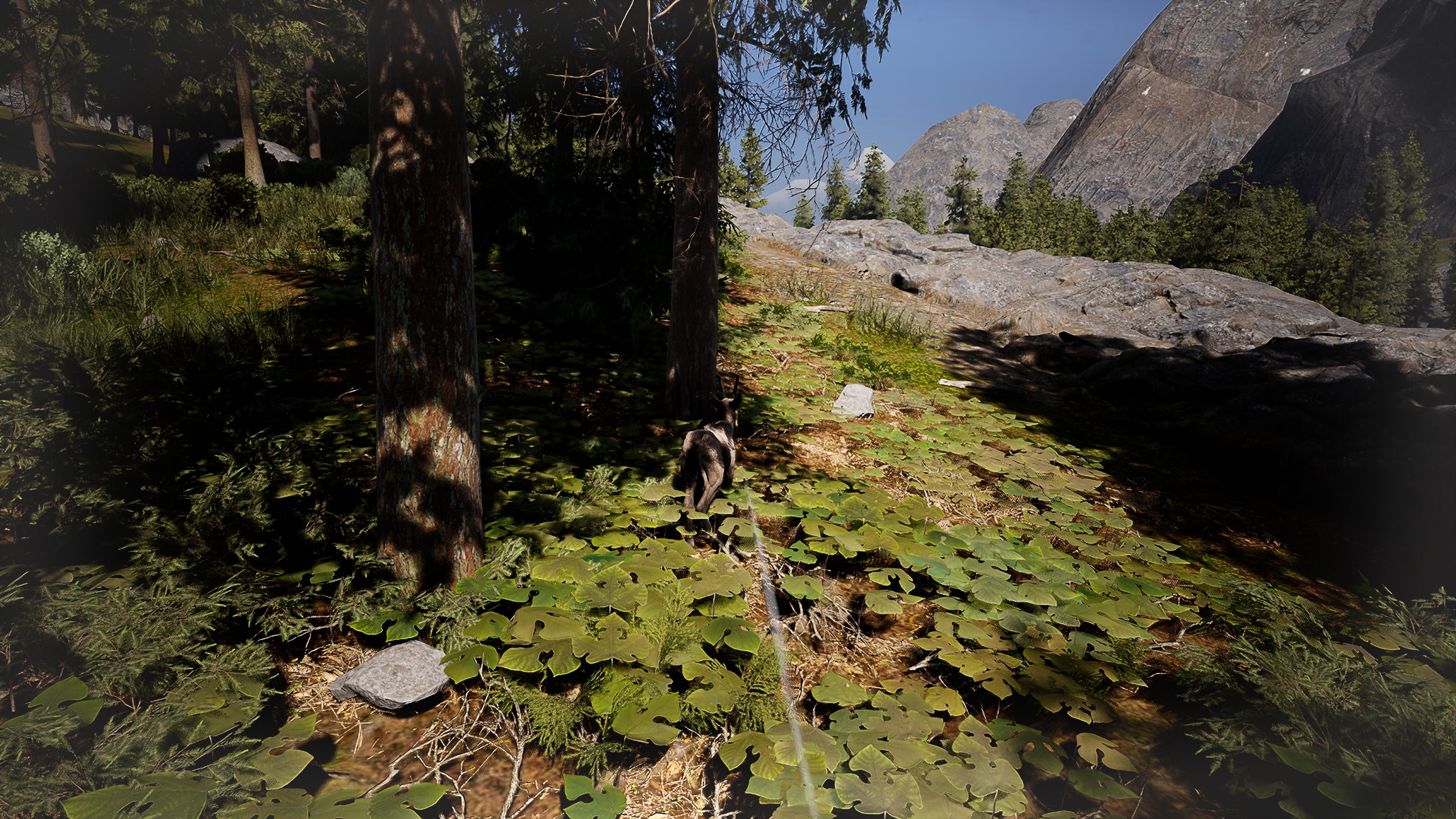 Speaking of which, I keep hearing this sound. I don’t think it’s the wolf pack that I've seen in the distance. They move with a lithe grace, both beautiful and sinister at the same time. This is something different. Maybe it's just a rock slide? But it definitely sounded guttural and feral in nature. Gave me chills. Whatever it is, I hope I’m ready if I ever face it.

CAN'T BELIEVE I FORGOT! I think I discovered a new species today! I've seen models of ancient worms from Earth, and Melissa mentioned a book she read once with giant worms. Was it Doon? Duun? Anyway, I found a GIANT CAVE WORM! We were in a cave a few kilometers from our base looking for mineral deposits. It was like night inside, foreboding and dangerous. And oddly mystical. I kept going farther and farther in, when this glowing tube-thing just thrust out of the rock in front of me, like inches from my helmet. It was all tentacles and loud roars, and I was paralyzed. Not in fear, but in wonder. 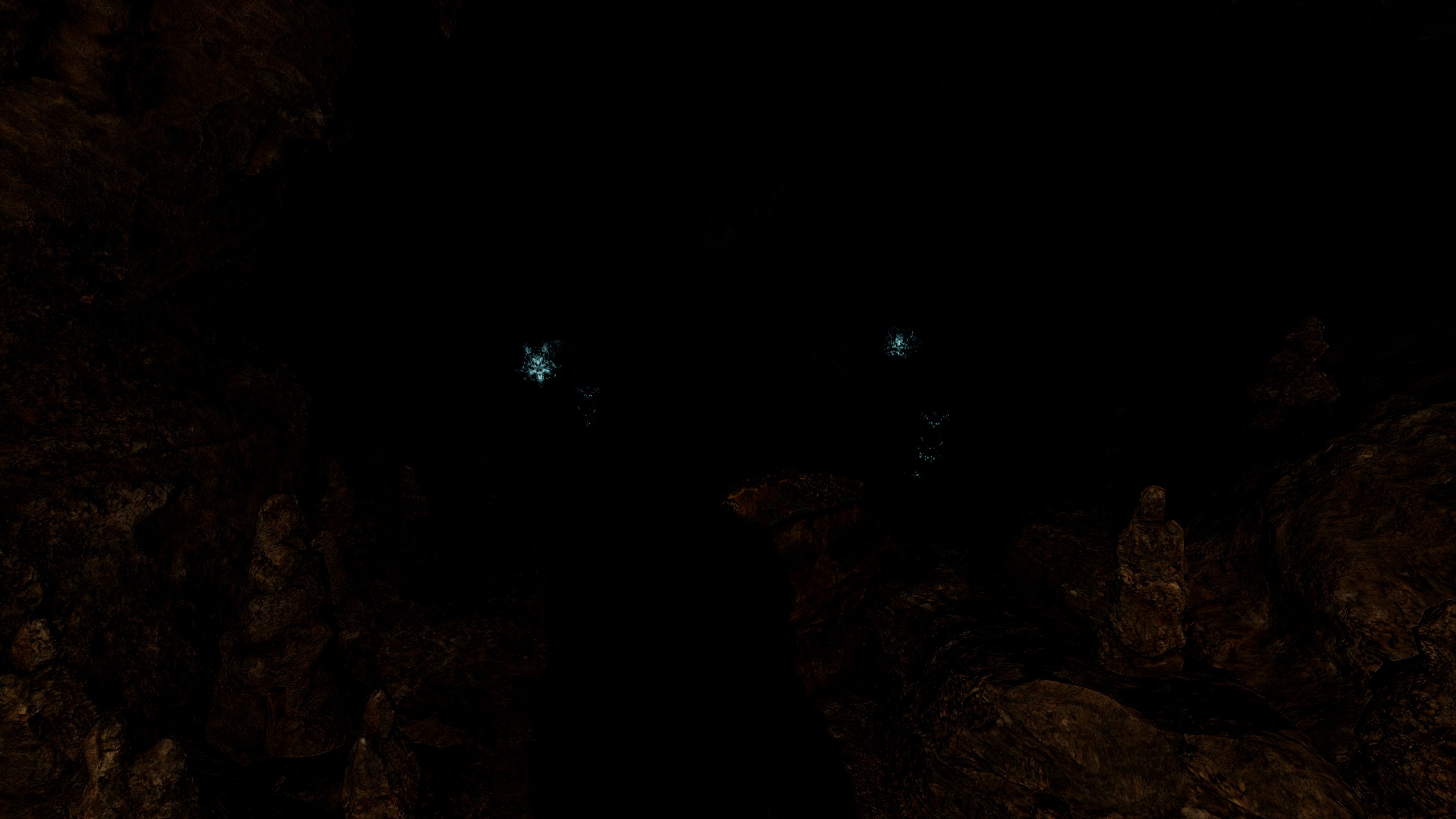 That's when Chuck, another contractor here, cracked to life on the radio: "Hey, you found those cave worms yet? Don't let them spit on you. It's poison. Hurts like a *****, too.” I turned and bolted just as something shot over my left shoulder and sizzled on the rocks. I think I'm going to need some better equipment before I take on these caves. I did spot some iron and copper ore, though, so I'll radio back to HQ and see if I can get some blueprints to use when we mind those metals.

Fantastic. I shall await more reports with interest. This could be a game Shymlark and I could get into.