Are you crunchy game curious, but sometimes feel overwhelmed? Are you ready to dive into that meaty RPG, but unsure what to play? Welcome to Build Block.

For our inaugural edition of Build Block Rich, Amanda, Shawn, and Sean talk about the builds they've rolled with on their Pathfinder: Wrath of the Righteous crusaders.

Share your builds below—we'd love to see how you are tackling the Demon threat. Also, feel free to suggest other games you'd like to see explored in the Build Block series!

For those who listened to the discussion and want some more specific numbers, here are the crew's builds.

Spells/Abilities: Enlarge Person, Mage Armor, any and all touch attacks (touch of fatigue is your go-to at first), Blur, Haste. Taking the mythic feat which adds spell slots is super useful for this build, as it allows you to spam your touch attack spells.

General plan/Other: I took a Monk dip at level 3 in “traditional monk,” taking Crane style and dodge for the AC Boost.

General Plan/Other: Started as Shadow Shaman, but took 4 Rogue levels with a plan to continue Shaman path after that, specifically to unlock more Shadow abilities.

General Plan -- Started with a straight up Bardy-bard. The most bardic bard that ever barded. More ranged and buff songs. I’ve shifted a bit now wanting to play with the summon mechanics more, and get a little more into the mix with melee damage and more debuffs now that I’ve got a traditional cleric in the party. 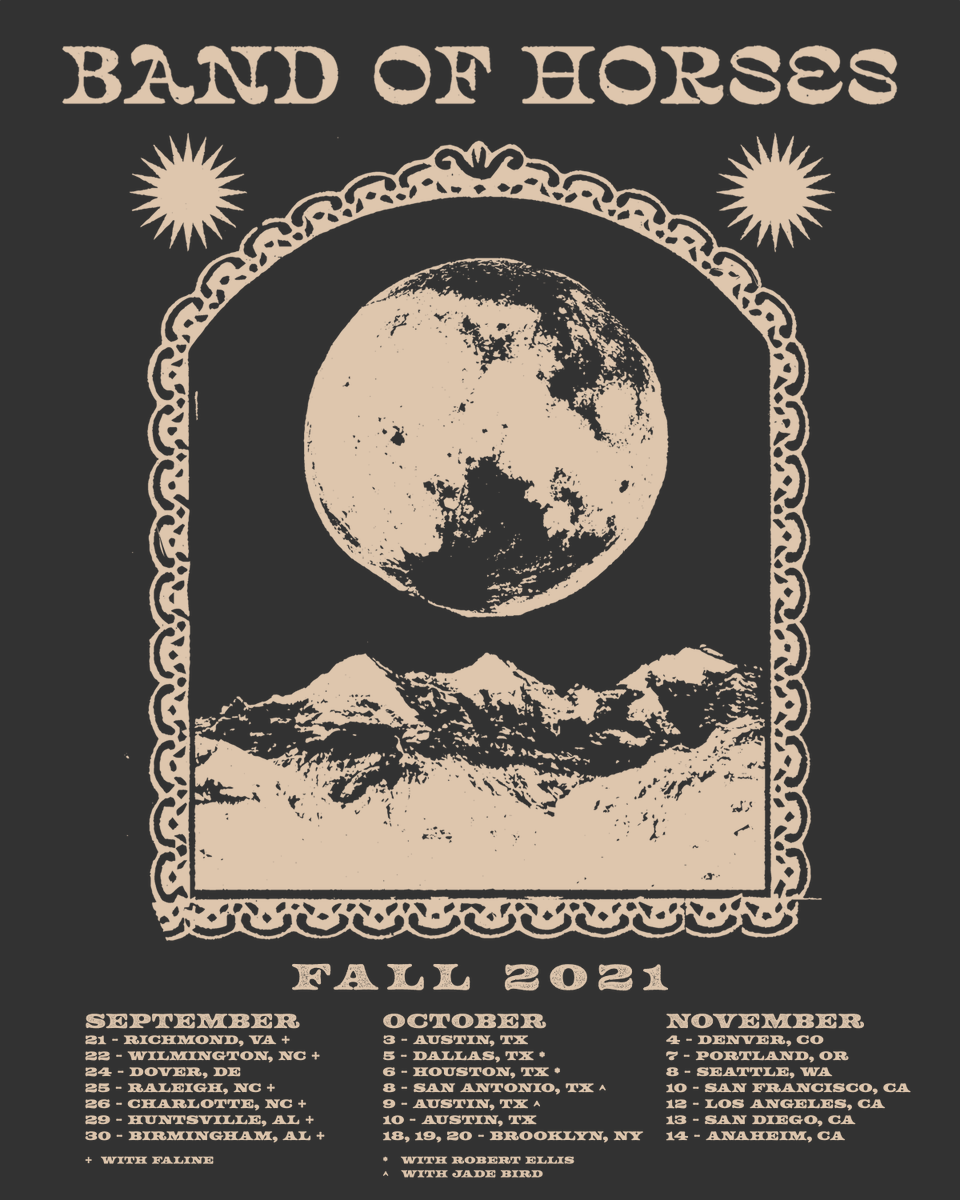 Any character with decent dex will benefit from 1 or a handful of Rowdy levels.
Zen archer 3 is for point blank master which doesn't provoke an attack of opportunity when using a ranged weapon in melee.

The reason is vital strike and vital force with emphasis on the latter. The latter states that you add 2d6 precision damage to your vital strike for every sneak attack die that you have.

All those caster companions that have to plunk away at things with a crossbow and no strength, can now be much more competent when they are out of spells or when you are saving your spells for bigger fights.

And that is one point as well, str can help but is largely irrelevant for Rowdies. The vital strike damage will far outpace +3, +4, or +5 from strength bonuses with just a few sneak attack die. The math at level 3 for a longbow:
vital strike adds two weapon rolls - 1d8 x2
vital force adds 2d6 (x2 for 2 sneak attack die) - 4d6
At level 3 with nothing form strength you deal (2-16) + (4-24) = 6-40 (without crit, at level 3!)
Just one dipping into rowdy adds (2-16) + (2-12) to a character. All those casters mentioned earlier would be much more productive with ~20ish more damage from their crossbows

I really want to try arcane enforcer. It is a stalker build which is non caster typically. But it adds arcane exploits so it gets an arcane pool to cast limited kinetic blasts with stalker's sneak attack built in. It seems so awesome.

I put some romance notes in the game's thread but I wanted to drop this latest thing I've discovered here.

The loremaster prestige class is gonzo. Its so gonzo I don't know what to do with it.
The requirements seem steep where I think you have to be a minimum of level 6 to access it.
But once you get it, you have access to any feat (sans requirements) of any class, martial, skill or spell related. The only class feat/trait I could not find is the rogue's finesse tactics that allows you to apply dex bonus to damage rolls. Yes, you can do things like take improved uncanny dodge without having uncanny dodge first or at all.

I think something else I’ve been appreciating is how long you get to breathe in each level and how different every character feels with each level up.

Regarding the above post - Now I need to check out loremaster! That feels like you can have some wild builds off that, as it could be a skeleton key to some major synergies.

Loremaster should be really interesting due to the requirements. You need a skill focus feat and to be able to cast level 3 arcane or divine spells. The latter is the point of interest because in Kingmaker, classes like alchemist gain arcane spells but their spell list was labeled "alchemist" so it didn't count towards "arcane" prereqs. Wrath has only doubled or tripled down on spell lists. You have witch spell lists that are shared by many classes and specific archetypes. You also have classes like hunter that I think are labeled "hunter" spells that are specific to hunters. (even though its the druid spell list).

I would be fascinated to see which way they went for Wrath. I hope it is more inclusive such that witches or alchemists can be arcane for prereqs and hunters or druids can count as divine for prereqs. (or arcane?) And there is always the arcane enforcer that IIRC doesn't get spells but only gets an arcane pool and exploits.

The latter is the point of interest because in Kingmaker, classes like alchemist gain arcane spells but their spell list was labeled "alchemist" so it didn't count towards "arcane" prereqs.

Yeah, ran into this with Bloodrager in WotR. I had a bizarre idea in mind involving levels of bloodrager to qualify for an arcane casting prestige class and the game wouldn't let me. I hope that gets patched.

Their answer will probably be - just use your mythic path. Because mythic path fixes everything! Not that I am complaining. The stuff you can do with mythic paths is bonkers.

Also, did you check the druid's elemental rampager?

No, didn't look at that one. What makes it especially cool?

It's funny that Shadow Shaman came up in the episode because I was looking at that one last night. I'm not even done with my Angel playthrough, but I'm already thinking about Aeon and Azata runs. This game has its hooks in me good.

But I think Shadow Shaman may let me ditch the levels of Deliverer I have in my main's build and let me pick up some more spellcasting. I'm currently running a mix of slayer, paladin, and oracle (all three with subclasses) and I could probably pare that down to just paladin and shadow shaman.

Elemental Rampager is like the bloodrager except druid instead of sorc based. Since druid isn't technically a hybrid, at least in spell progression, it may work for spell level prereqs. (if the prereq is not only arcane)
I'll have to check too, because I am not sure if they get a bloodline if that is what you are looking for.

Shadow shaman has always intrigued me. I see it as a battle cleric with hexes, sneak attack and invisibility x times per day. The cool thing is they are 3/4 BAB so not as good as fighters but much better than casters and others at 1/2 BAB.

I like the Veil Witch for the same reason. Except they can stealth teleport at later levels.

So the thing that's making me a little hesitant about swapping out Oracle for Shadow Shaman is that I believe Shadow Shaman is a prepared WIS caster whereas Oracle is a spontaneous CHA one (so attribute synergy with most paladin abilities), and the extra spellbook additions from angel are especially potent with spontaneous casting. I'll have to noodle around with it a bit more.

Yeah and though I have no personal experience, I am thinking that classes with arcane pools and arcane exploits are one step further from the perks of spontaneous casters. If I want to use my pool to cast the equivalent of 6 high rank spells or 20+ low spells, I have the freedom to do that.

Nice.
For animal companion, you may want to put an asterisk for some of the classes like Oracle or Cleric that can get them through domain selection or mystery/revelation.

Oracle and its following subclasses: Herbalist, Enlightened Philosopher, Lone Strider, Possessed, Purifier, Seeker can all choose Nature Mystery and get animal companion at level 1 or 3 depending on when their first revelation is. The Wind archetype cannot because it can only choose wind mystery. Though I don't know if second mystery is a mythic ability or how you get it. But you could get an animal companion that way too.

All Clerics can get it from animal domain (erastil or gozreh)

I will take that into account as I get down to those, yeah.

Any other key class features like animal companions or sneak attack that are found in a wide variety of subclasses?

Also: I am making very rapid progress; once you have a few entries in, copy-paste speeds things up immensely.

This is incredible- such a fantastic resource!

UPDATE: A ROUGH DRAFT OF THE SPREADSHEET IS FINISHED!

I am near-certain that I made at least one or two mistakes, and I'd also welcome any feedback about additional fields that folks want.

Working on this popped out a couple other fun-looking subclasses, namely the Wildland Shaman and the Cult Leader variant of the warpriest.

The former may wind up being the basis of my Azata playthrough, and the latter is a tempting respec component.

I respecced Camelia into Cult Leader in one of my restarts that made it through act 2. I think it is my rowdy play through so it is difficult to gauge effectiveness when the rowdy(s) is stealing the show

Are bardic performance abilities "leaky" enough to find anywhere except in bard and skald subclasses?

Okay, sheet now has judgment, bardic performances, and channeling energy. It already had rage and hexes, trying to think what I want to do with shapeshifting. Also wondering if I should get Evasion in there.

I respecced Camelia into Cult Leader in one of my restarts that made it through act 2. I think it is my rowdy play through so it is difficult to gauge effectiveness when the rowdy(s) is stealing the show :)

This is incredible. Thank you for sharing.

All right. Currently the spreadsheet includes the following information:

And here's the link again, for convenience: https://docs.google.com/spreadsheets...

I have also changed the link so it allows commenting. So if you notice anything you want changed, feel free to comment it and I'll get on it.