Good point, kuddles. Hands on will mean a lot.

But I'm wondering if they will get demo space at Best Buy or GameStop? It's not like you can buy PC games at GameStop anymore. And Best Buy has a small section. I guess you can buy Steam gift cards there but that's not making the retail stores much money.

Seems like Valve would have to pay for demo floor space.

Maybe Steam will carry over its "play under 2 hours for full refund" policy to Deck! :p

And servers are getting slaaaaaaamed. 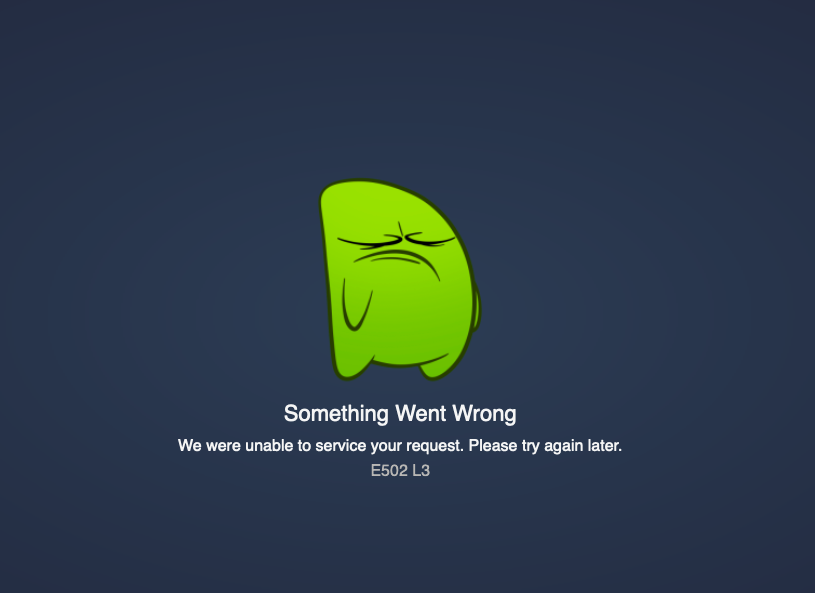 It sure is doing a number on Steam checkout for a product that has no audience.

"Your account is too new. Please wait until Sunday." HAHAHAHAHAHA.

And servers are getting slaaaaaaamed.

Yep, I can't get my reservation in. It looks like some people are, so gonna keep trying for a bit.

Do all the indies support Steam OS / Linux? That's one of the biggest negatives imho.

Well they don't need to support Linux, that's the point of Proton. The compatibility list for Proton is pretty impressive. The main thing that Proton struggles to support is the anti-cheat systems (other than VAC) in some online games. Which definitely is something anyone interested in the Steam Deck should be aware of.

BattleEye supposedly is working with Valve to function in a Proton environment. If that ever comes together, the number of red titles will shrink significantly. I imagine the Steam Deck bringing Proton more to the forefront will help spur those efforts along.

Proton isn't a proof of concept? I kind of assumed it was. Didn't realize it had a bit of history.

Here's my problem with Valve: They create products have wide open potential, but have the bare minimum of usability for a consumer device. This device happens to have everything someone wants in a Switch Pro and then some with extra buttons and the like. However, because it's so wide open it also opens up a wide set of problems. With the Steam Controller they were relying on users to create profiles for the games. Yes, the devs could, but it was meant to be crowd sourced. The same is true here. This device takes the breadth and limits of the Steam Controller, puts a hefty price tag on it and says "here, you figure it out".

That's awesome for folks who want to spend all this time figuring it out, but for everyone else they're almost certainly going to find it over engineered and finnicky. Hopefully Valve has learned their lessons, but I still think they're shooting too much for the moon when folks would rather take multiple trips to the edge of space.

Got one! Now I have five months to decide if I want it...

Maybe what I really need is a small form factor gaming PC next to my TV, which wouldn't be far from the cost of the 512 model + dock. I haven't undocked my Switch all that much in the WFH year.

Well, Steam doesn't seem to want my deposit. "It looks like you've been placing a lot of orders in the last few hours. Please wait a while, then try again." No, Steam, it's just one order I've been trying to place for the last 19 minutes, thankyouverymuch.

Guess I'll try in a bit.

Proton isn't a proof of concept? I kind of assumed it was. Didn't realize it had a bit of history.

Proton has low key been kind of amazing for a while. The advent of Vulkan really opened the door for the kind of performant Direct3D translation layer that OpenGL just couldn't.

With the Steam Controller they were relying on users to create profiles for the games. Yes, the devs could, but it was meant to be crowd sourced. The same is true here. This device takes the breadth and limits of the Steam Controller, puts a hefty price tag on it and says "here, you figure it out".

I don't think the average use case of this will be nearly as fiddly as the Steam Controller (which, I freely admit, is fiddly). I've used Steam in Linux in the Proton era, and for the most part, it's transparent. It just feels like using Steam.

And part of the issue with the Steam Controller is that it wasn't a dual stick controller. You HAD to do some configuration and deal with touchpads and stuff just to get started. This device has dual analog, and I expect most people playing most games are just going to use standard dual analog input.

I'll decide which one I'll actually buy as we get closer to launch and more information comes out.

Your Steam Deck 256 GB Deposit is now reserved. Once inventory is available, you will receive an email in the order your reservation was made. This email will contain details for how to complete your purchase.

Still trying to get the reservation, which I think is one of the reasons servers are getting slammed: it's a reservation you can just cancel later. It's not an actual purchase.

The other is that everyone that's feeling burned by the Switch OLED not being a more powerful Pro model is hopping on this reflexively. Many of them may also cancel later on.

I am a very specific use-case because I'm just going to leave this thing in the dock and use it to play my PC games on my TV. I have a bunch of games I'd like to get to in my library, but at some point I'd like to not sit at my desk all day. While I do have an Xbox One for such gaming, the Steam Deck would open that library up even more. And, sure, I could play it handheld as well, though for me the detachable JoyCons would leave the Switch as the primary device for such situations. But if you can also add Discord into this thing, then this device is a far better option for me to sit on my bed playing Back 4 Blood with some friends than having to sit at the computer to do it.

Honestly, if I knew there was a Switch Pro coming, I'd probably shrug this off easily. But because it feels so far away, I'm willing to purchase the bottom model of this so I can play some of my backlog on the TV while the latest and greatest can still be played on my desktop.

But, I do agree that my use-case is specific, and it's specific for a lot of others out there. I have no doubt this product will be gone by the end of 2023. But I suppose that's one of the reasons I'm willing to snag it. So long as it keeps working, it'll do well enough for me to play all my Xbox 360-era games in my Steam backlog, or a bunch of PS4 and Xbox One era games. I mean, let's say they port Bloodborne to PC, miracle of miracles. I can play on my TV at 60fps! Whoo!

That's worth it to me. Probably no one else, but for others, Bloodborne at 60fps on the go is probably pretty worth it as well. Or Dark Souls. Or Elden Ring.

Sharing the library across two devices is also nice.

Anywho, got an error with Steam saying my transaction is in limbo, transaction history says it is pending, and I basically have no clue if I should cancel or just wait. I wish this wasn't for a reservation and was for a full-blown payment so fewer people would slam the servers.

This is another one of those devices that looks interesting, but ultimately doesn't have an audience. AAA games aren't going to run on the device, complex PC games that benefit from a M&K will be garbage, and the Switch is far better for indies. That might be okay if it were cheap, but it's packing a hefty price tag. There's just no audience for this thing.

Yeah, yeah, I know there's some of you reading this going "You're wrong. This is exactly what I want because of X and Y". Yeah, well, no one cares what you think. Don't make me post the "there are dozens of us" gif.

This is a very niche product that a few people will buy it and love it to bits, but ultimately it'll be completely forgotten a year later like Google Glass or the 3DO or something.

Yikes. This comes off really aggro.

Yeah, it may be a little aggro, but I totally understand how that happened. Ya gotta both deeply care and appreciate the potential and also have a realistic assessment of the challenges and flaws.

Regardless, I think this is the most realistic take on this device's prospects.

Servers seem to have stabilized. If you couldn't get a reservation, try now.

Still a string of errors on my end.

Edit: Looks like the initial reservation period is over now. Damn.

I got my order in at 10:01 PDT. I got an error saying my CC declined but it was apparntly a bad error message as i logged into my CC and it shows the $5 payment went fine and steam showed in my activity log that i now own the reservation for steam deck and it wouldn't let me try buying it again saying i already owned it:)

So, props for me starting it right at 10:00 before the demand for the sh*tty niche system with no market killed the servers with people demanding it:P

I put a reservation on the high end unit with the 512GB internal high speed nvme and anti glare screen upgrade.

edit: review of email and steam transaction history both show purchase was successful as well.

All i can see is that my activity feed shows i own steam deck deposit.

Check your AMEX online for a pending transation.

All i can see is that my activity feed shows i own steam deck deposit.

It shows up below the Reserve button itself, although maybe not on mobile. It's into Q2 by now.

Check your AMEX online for a pending transation.

Damnit, I dont see it there.

Alright, I successfully placed a deposit, but now Steam won't let me install it. WTF.

Alright, I successfully placed a deposit, but now Steam won't let me install it. WTF.