So, who here has discovered an internet or community favorite game just doesn't have any redeeming qualities for you? I found one last month and I may slog through it here and there, but I really don't get all the hype.

Hopefully, your game choices are more suited for your tastes. I tend to be drawn to newest, latest, best.

If you're interested, trueheart78, has the 12 month 2021 pile plan thread over here. 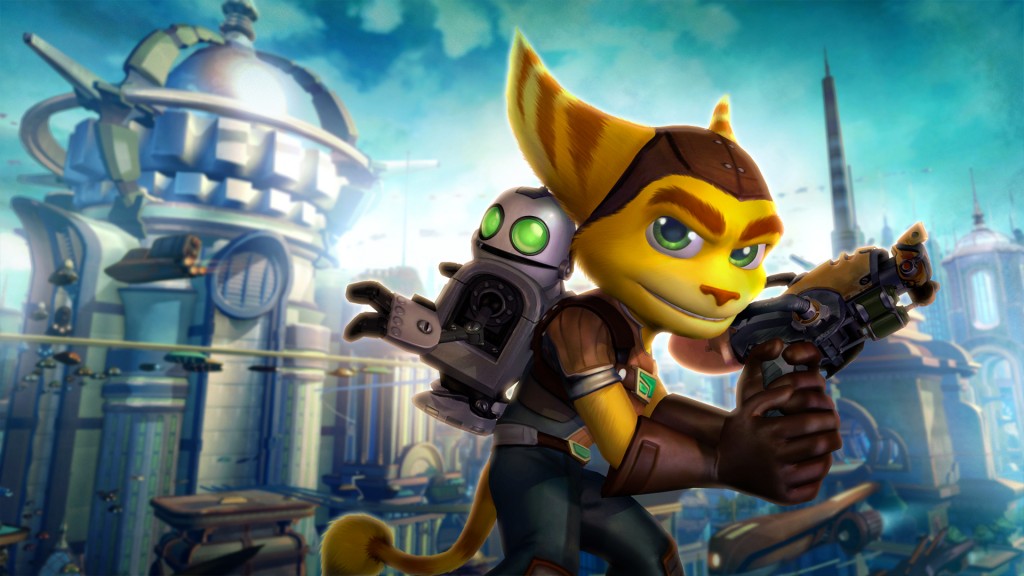 "Whether you’re a long-time Ratchet fan or new to the series, get ready for an unforgettable trip across the universe.

Based on elements from the original Ratchet & Clank (PS2), this version features several new planets, new Clank gameplay, new flight sequences and much more – with completely new visuals constructed to use the power of the PS4." (Playstation.com)

Radiant Historia 3DS carried over. Stalled out the last couple weeks, need to get back into it.

June was hot garbage in terms of pile progress - only 1 out of 4 with minor progress in the other 3. As I will be living the bachelor life for a few weeks starting the middle of this month, I expect that trend to reverse. Below my first 4 declarations with hopefully more to come:

Batman: Arkham Asylum (PC/multi) - 49% done according to the game. It would be more if you didn't need a stable connection to Steam to play a single player game that had GFWL patched out. Instead, I kept getting kicked to main menu, losing all progess since the last autosave.

Koudelka (PS1) - About 30% done after 4.5 hours. An ambitious, interesting train wreck of a game, and a prequel to the Shadow Hearts series of JRPGs.

Streets of Rage 4 (Switch/multi) - Hey guys, guess what I played no more of after declaring it last month!

Ah, well, carrying over everything from the previous month.

I'm really enjoying RDR2. I'm 11 hours in and have no idea what the plot is other than "You're a cowboy! Do cowboy things." but it's really good.

Good news for 3D World, I got a new couch which is much more comfortable than the old one so I might spend more time in the living room and play it.

I finished Gears of War Ultimate Edition solo last night. Rainbow Six Vegas on the PC is up next, and assuming I can get it to work, Viva Piñata on the Xbox 360.

It had been a couple of months since I'd actually beaten one of my Pile picks that I forgot to announce the one I finally did beat.

Forgot to declare Ratchet & Clank (2016) on PS4. I'm nearly done with it now, just started playing at lunch a couple weeks ago.

Wasn't sure I would be able to beat it this month, but I think I'm close to the end now, and there's more than a week left, so I will declare Monster Hunter Stories (multi).

And Ratchet & Clank is finished! Really fun. Can see why people were excited for the new one now.

Started and finished Gris (Switch, multi) today. That was a strange one. I did enjoy the very chill no death no combat just platforming. I'm still a little confused on the story though.

Monster Hunter Stories (multi) is done! Final boss kicked my ass a few times, but I got it in the end. It was pretty good, but the story was completely uninteresting.

Finally survived the final battle in Streets of Rage 4, which is making a strong case for my favorite game of the year! I was having so much fun playing this the entire time! The music is cracking, the combat feels fantastic, the difficulty is just right (though for a long time I did not think so about the final stage....until I got good enough at it to win). The various characters are all so different and enjoyable to play with, and there are so many throwbacks to previous SoR games that I keep finding more, long after finishing.

This is a game I will continue to return to frequently for years and decades to come. It's the (by far) newest addition to stand on that pedestal, along with greats such as Turtles in Time and Gunstar Heroes. It's absolutely vital that I rope someone into local co-op now, and I look forward to playing with my kids when they are old enough!

And the bar stage is awesome.

There's even an Old Boy reference! Chucking a hammer at a goon in the only fully 2d section, catching off the ricochet, and chucking it again had me grinning ear to ear!

Started and finished Gris (Switch, multi) today. That was a strange one. I did enjoy the very chill no death no combat just platforming. I'm still a little confused on the story though.

It's so pretty though

I got the non-canon good ending in Koudelka two nights ago.

I have thoughts, which I will write down.
Tomorrow.
Probably.

Looks like I won't get anything else done this month since Marvel's Avengers is on free weekend. Can I beat the main story without buying it and clear a pile game without it actually being on the pile... tune in tomorrow to find out, in the August thread, haha.

Just got the "you're too much of a slowpoke" bad ending in Batman Returns (NES, undeclared, not eligible because I bought it 30 days ago), which is all I'm going to get. It started off as a really promising brawler with a few neat gadgets and some quality cut scenes for NES standards.
But then the difficulty quickly skyrockets with enemies that go into an attack within a split second (the pitchfork fire guys are the worst offenders, but the knife ladies are pretty bad about it too), controls that don't feel as responsive as they should (might be due to playing on a Retron 5 and a modern TV), and enemies that can't be hit because you're not exactly on the same 2D plane as them, but they can still hit you - the final boss is especially bad about this.

I will admit with no shame that, without save states, I would have never seen the end of this, even with its unlimited continues and password saves.

It's weird, because while it generally looks like a bigger budget production, some elements are just underdeveloped. There is a driving/shooting section which is a ton of fun! It's also only used once in the entire game. There is one more similar section, but it's merely a "collect everything you can" bonus round with no shooting and no threats.

Batman Returns is just shy of greatness. With just some tweaking of the difficulty, tightening up the controls (assuming it wasn't the hardware I was playing on) and more driving sections, this could have been a really strong addition to the NES library.

Did not realize there was a NES version of Batman Returns. I just remember renting the SNES version several times.