Got past the ball maze after coming back to it. Took a few more tries but took things a bit slower and that helped. Was unable to buy out the Duke or even have enough cash to do any meaningful upgrades. But went back and cleaned out a room or two I didn't get all the goodies from and that gave me enough.

Seems like I'm missing the V61 hand gun. The Duke has the upgrades but haven't come across it yet.

Really though my inventory is so full of guns that not sure I want it. There's no way to store guns that I'm missing is there? The initial pistol and shotgun I don't use at all.

Really though my inventory is so full of guns that not sure I want it. There's no way to store guns that I'm missing is there? The initial pistol and shotgun I don't use at all.

No. All new guns are straight upgrades over their previous archetypes, so you can either sell the old one, or ignore the 2nd in hopes of saving enough Lei to afford upgrades for the 3rd. There's not much to think about. The linear weapon progression and complete lack of item management considerations were big disappointments for me vs. previous RE titles.

I'll spoiler tag the guns that have 2nd and 3rd iterations to consider so you can decide if you want to save or not.

The pistol and shotgun both have 3 variants. I had almost fully upgraded the first two pistols and shotguns when the 3rd round opened up to me. This left me with no spare Lei to upgrade them (their upgrades are quite expensive), so I just stuck with the 2nd variants for both.

The sniper rifle only has one, so feel free to upgrade that freely.

The Magnum also only has one, but you get so little ammo for it, that upgrading it feels like a waste. If you want to upgrade it at all, only upgrade it's damage to give your precious rounds more bang for their buck.

The grenade launcher can't be upgraded.

Didn't realize you can sell your old guns. Wish I knew that earlier on. But still managed inventory ok. There was only one instance I can think of where I had to discard some ammo to make room for something I picked up.

In any case finished the game. Overall really enjoyed it. Once the game hit the castle and all the way up to the factory was great. Shows 17.5hrs to finish. Know I missed at least one goat (in the factory on the lift) and somehow missed finding the 3rd pistol. Likely will play through whenever I get a new computer - hopefully over the December/January holidays.

I ended up starting a second playthrough last night. It's interesting how many bullets it takes to kill most foes even with a maxed-out LEMI pistol. Once money is more common I'll need to swap it out for the stronger upgrade. I do wish the game had some manner of weapon storage so you didn't have to sell guns, but it is what it is.

What's perhaps most interesting is going back and seeing just how tightly designed a lot of this game actually is, even if I have gripes regarding (some of) its crowd-based combat mechanics. When I played RE7 I noticed that they had a perfect rhythm of tension building for at least the first half. General safety but awaiting the horrifying stuff to happen, then introduce an enemy (often roaming) to add pressure, and then finally throw the player into a boss fight arena where only combat is the option. Once that fight is concluded, reset back to the calm and quiet, giving the player a reprieve... until they start waiting for things to ratchet up.

RE Village does a lot of building tension, but also misdirecting the player's expectation. Often while playing I thought "Okay, I'm going to grab/do this and then a big ol' monster is gonna show up!" And sometimes I was right! But often enough ...nothing would happen. This left plenty of scenarios where I was legitimately caught off guard.

Even if I'm still mixed on the story, there's plenty of hints and clues regarding late-game occurrences scattered through the beginning (spoilers for the final hour(s) of the game):

I always thought Dimitrescu's statement of Ethan's blood "getting stale" odd. Did it mean he was not so young? Did youth factor into flavor? They never really explained it, and things move at such a pace that you're bound to stop thinking about that and immediately think about the hooks in his hands. Once more the amazing regenerative power of green herb medicine is displayed, which sets an expectation for its impossible restoration of Ethan's severed hand/forearm. However, once you know he's a Molded (which is honestly a really... I feel like it's a dumb idea but I suppose it at least is an amusing retcon of his superhuman healing abilities?), then you not only realize that's the secret to his healing, but also likely what lead to his blood tasting "stale".

The opening scene with Mia is also interestingly recontextualized once you know it's Mother Miranda in her place. The local fairy tale, the "gone native" dinner she's preparing, and even the manner in which she snaps "There's nothing wrong with my memory!" First time I played, I thought maybe there was something wrong with Mia, but not so much that she's a doppleganger. So when she snaps, she snaps for a different reason than I anticipated, be it a loss of Miranda's patience or whatever else.

Lastly, I paid closer attention to Not Mia's face when she gets the bullet to the shoulder, and she looks more angry than she does shocked, as if looking out the window thinking "Who would dare?" It also explains why she looked to still be moving too much after way too many bullets introduced into her system. Granted, some of that could just be me projecting, but it still seems like it was the reaction of someone to whom one bullet doesn't mean much.

Even so, Mia's personality in that scene is quite different in the next, where roles are almost reversed, with Mia being the one concerned and Ethan seeming to avoid it. Of course, Mia's concern is likely about Ethan being a Molded and what that means in the long run for them.

I've been rewatching most of the cut-scenes, curious if there'll be more hints or info peppered throughout.

Capcom's dropping some "Making Of" videos.

Three posts in a row for me.

I finished my second playthrough this afternoon, and then decided to start a playthrough on Hardcore difficulty this evening. Enemies are definitely more aggressive, and I still feel that the swarms of lycans are the weakest part of the game. Perhaps if you weren't locked to first-person view so that you had a better sense of where you could move to.

However, so much more of the game is so wonderfully designed, and I honestly might just create a separate save slot for Castle Dimitrescu at some point. It's a perfectly condensed classic RE experience, where each objective flows seamlessly into the next. Once you've had your first visit with the Duke, you can effectively just follow the path from key to lock to key to lock, collecting the different masks one-by-one in a perfect sort of flow throughout the whole location. The environment is perfectly built to provide intense near-misses with the wandering foes, capturing some of that Mr. X and Baker Family tension that keeps you hurried along while limiting it to certain zones of the map. Once you know what to expect and where to go, you can speed through pretty darn quickly. In fact, skipping cut-scenes, I played up to and through Castle Dimitrescu and made my way back to the village in a little less than two hours (which isn't super impressive given there's a challenge you can unlock for beating the game in 3 hours or less).

It's a shame that few areas of the game are as fun all-around as Castle Dimitrescu. I think each one has its own highlight, but there's also a drawback for me to each one... and now that I think about it, I think one of the things I like best about Castle Dimitrescu is that it has no lycans... hrm.

I just finished this today, and the Castle was the high point for me as well.

Finished the game for my third time today. Hardcore difficulty clocking in at 5:48:06. I've continued to discover new things and refine my approach to certain sections of the game.

Most importantly: I've discovered how useful flashbangs really are in Heisenberg's factory.

I've now unlocked infinite ammo for the first-model Magnum, the SYG shotgun, and the rifle. I am technically ready to take on Village of Shadows difficulty, or to attempt the three-hour run of the game on Normal. But... three playthroughs in a row is a lot and I'm not ready to tackle those challenges yet.

What a solid game. 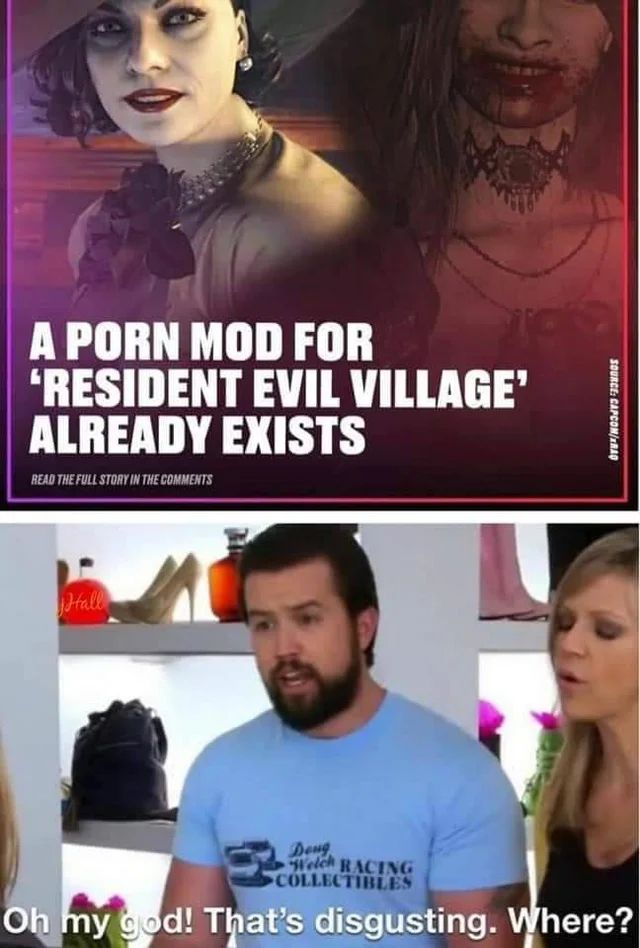 So, started the game a couple of weeks back, got through Castle Dimitrescu, got to the Doll House, stopped. Just got through that bit today and I was in danger of doing some serious damage to my undies. Good. Freaking. Stuff.

Really enjoying the game so far. It has enough vintage RE and plenty of newer stuff from games outside the RE standards, even.