Amanda, Rich, and Glendon talk about taboos and gaming.

*an updated version of the episode is live; if you are having issues in your podcast app, delete the episode and redownload it. 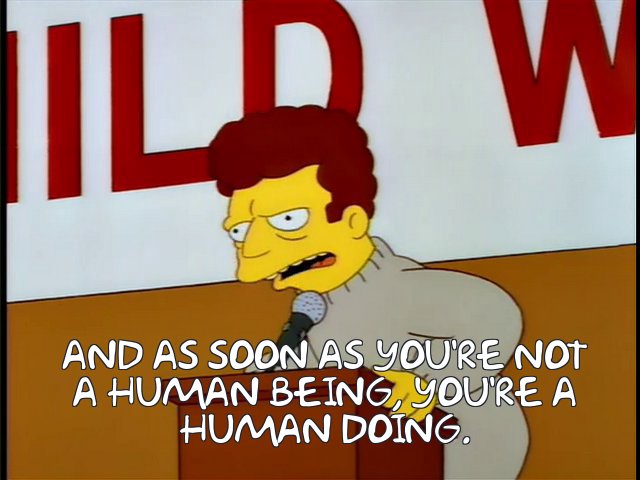 I could easily write a 60 page essay on the GTA series and it’s dealings with taboos in gaming.

The Hauser brothers have always managed to push the boundaries on what can and should be depicted in video games. It’s almost always wrapped in a veneer of juvenile irreverence, and it’s almost never done in a thoughtful manner. But if you ride that bucking bronco to the end of the game you’ll notice that they somehow turn the profane into the profound before it’s all over. Or maybe I’m confused. Maybe they’re just profoundly profane. It’s a complex flavor that isn’t for everyone, I guess.

I listened to most of this GWJCC while playing Cozy Grove. I'm really enjoying it. The game being designed to be played in short sessions really works for me as a game to wind down in the evening. The only problem is that I have only played while it's the middle of the night in the game. I guess I should fire it up during the day so see what's different. Lunch Grove may not be as exciting as Lunch Souls, but it'll do. I also really like that the game is deliberately design for you not to hoard things and go crazy about productivity and maximizing yields because there is very little farming and you have fairly limited inventory space. It's definitely a great podcast game as long as your podcast is also relatively short.

Risk of Rain 2 is also great. I'm not sure I can play with many people here because I only own it on PS4 but one thing I'd add is that it is a game that has done early access and post-launch updates the right way. Ever since early access they've kept a very tidy development roadmap in their Steam page, they've had well-functioning console builds before v1.0, and they have continued to add content to the game after version 1.0. They also continue to port the patches to the console versions in larger batches. That's probably not easy for an indie studio so I think they deserve credit for it.

On the topic of taboos, a theme I'd be curious to see more of in videogames is the issue of beliefs in science, scientific evidence, and pseudosciences. I feel like it is a problem underlying a lot of issues in the real world today, and it's certainly been brought up by the advent of coronavirus vaccines and other "treatments" like hydroxycholoroquine, equine serum, etc. The challenge I see is that it's perhaps a more subtle topic than what most videogames typically deal with. It's easy to make a game where the story revolves around a conspiracy theory, but it's harder to make a fame about why people believe in conspiracy theories in the first place. One game that I feel touches on the subject is Astrologaster, which is loosely based on real life events, and where the protagonist practices a very unscientific approach to medicine. This is put forward in the mechanics of the game, where you have to "read the stars" in a minigame where you are actually doing nothing. At he same time, the game tells you that the protagonist was a pioneer in medical recordkeeping, which is an important part of scientific medicine to this day. And the game delivers this with a sensational sense of humor.

I have to say, Rich is quite the enabler. It may be that we’re into a lot of the same things, but I’ve been tempted to smash that buy button for many of his weekly plays. And for the past week, I’ve been sorely tempted by Trials of Fire. It looks great...

It IS great and you SHOULD buy it!

The deeper I'm getting into Trials of Fire, the more I'm appreciating the tactical combat. Particularly as I'm playing it alongside a new run through XCOM: Chimera Squad.

The difference is marked - Chimera Squad quickly descends into a rote cycling through of everyone's powers, and at that point, I'm not making interesting decisions anymore, I'm just deploying my pre-developed optimum approach, which only changes when I unlock a new power. Trials of Fire keeps it interesting - there's almost never an "obvious path forward", and every turn benefits from some thought and analysis.

Yay! May your Trials of Fire be a delight. It has been hard to move on to other games for me, which says a lot about Trials of Fire, all of it very good.

On the taboo thing. The discussion of men playing women reminded me of some vague gamer research and interviews of women who played MU*s, the text-based internet games of yore, that were basically chat rooms with game mechanics. One of the interesting things in that research was that some women not only played tough, strong, hard women because they felt like society didn't allow them to be in real life, but there were also women who played mild, demure, submissive characters because they felt that society constantly pressured them to be the opposite and they wanted a break from it. Unfortunately, I forget what the rough percentages of those women were of the interviews. I find that phenomenon fascinating.

For me it's the 2d aiming. If I am on the same horizontal level, I always hit. It's basically auto-aim. Aiming in 3d is harder for me with a controller (Xbox), and I am only getting older.

My Saint’s Row IV character was a big-booty plus-sized black woman with an afropuff and she was awesome! She had a deep sultry southern accent. She was sexy in her own right and didn’t take any sh*t from anyone.

I want to make clear that I didn’t do this ironically. If a character creator engine has a random button, I will usually spam that until I get something interesting and then sort of fine tune it. That’s how I landed on this character. When she randomly popped up I knew instantly that she was going to be my avatar. She fit absolutely perfectly into that game and added a tremendous amount of swagger to the story.

If a character creator engine has a random button,

OMG, why am I only learning about random buttons now?

I mildly hate character creators - they get between me and the hot new shininess of a game, but I hate-create a character because I have to. Gonna be rando-spam from now on!