Every time I went to Silicon Valley, I’d trawl through Fry’s for cheap motherboards, RAM, whatever bits and bobs caught my fancy for a new build. It was a fantastic experience and one I looked forward to every trip.

Sad to see them go. 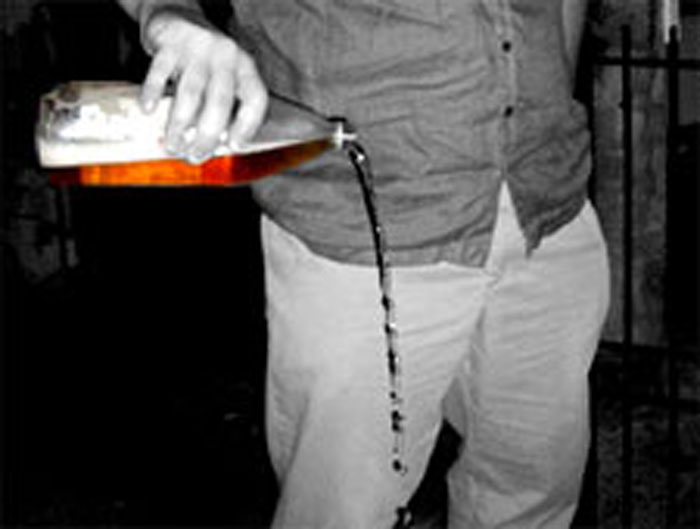 Bizarre, I had a conversation about "is Fry's still in business?" literally 2 days ago and it was proposed that it must be some kind of front for a money laundering scheme if so. Apparently we felt a disturbance in the force ahead of the news.

Gonna miss those ugly cowboys in the Palo Alto store.

billt721
Posted: February 24, 7:03 PM
These pretzels are making me thirsty

Bummer. I used to go into Fry's pretty frequently and just browse, and IIRC one of my early computer builds was sourced mostly from there.

The last time I went into a Fry's, about a decade ago, it was a sad shell of its former self. Only like 1/3 of the store I was in was actually being used. I'm actually kinda shocked they made it this long.

Even before the pandemic the writing was on the wall. You would go into a Fry's and they would only have appliances. No MB, Video Cards, Sound systems, like there wasn't anything left. They basically liquidated their stock over the course of a year until they had nothing left. Empty shelf after empty shelf. It is sad it went down hill.

Gonna miss those ugly cowboys in the Palo Alto store. :(

I think the Palo Alto store closed a few years ago. I only remember this because I think it was the first Frys location.

Malor
Posted: February 24, 11:44 PM
Discretion is not the better part of

Yeah, the pandemic didn't kill them. Not having anything to sell killed them.

I used to shop there constantly, back in the late 90s and early 2000s. I spent thousands and thousands of dollars, built multiple computers using parts I bought there. As the web started to take off, a fair bit of my purchasing shifted to Newegg (back when they were privately owned and still good), but I still went to Fry's with some frequency.

Once, I spotted a Linksys router I wanted for a good price, and headed to the store to grab one, because I wanted it that day. When I got to the store, it was $50 higher than it was on the website. I asked them to match the price and they absolutely refused. Just, absolutely, WOULD NOT match their own advertised price. If I wanted to save $50, I could damn well buy it online, it wasn't leaving the store for a penny under retail.

I did need it that day, so I bought it. They got their $50, and lost a customer. They never got another dime from me. I can't help but wonder how much of their present woes are due to this incredible disregard for treating customers well. I know they lost thousands in purchases from me, which by itself wouldn't matter, but multiply that by enough pissed-off former customers, and it would.

I did give them one more chance, toward the end of 2019. I needed heatsink compound that day if possible, and tried Fry's one more time. The store was deserted, with hardly any stock on the shelves. The snack bar in the middle was closed down, dark, and empty. I got to the computer department, and they had like one model of case in stock, and it had been spread out over an entire display aisle to try to look like they had inventory. There was about 2 feet of empty space on either side of every case.

That's right, Fry's Electronics, Geek Mecca, not very long before Christmas, had no CPU heatsink compound in the entire store.

I knew then that they were dead. I figured they'd be gone by February, but they held on for about a year longer. I still don't understand how they could pay all the bodies I saw... there were three or so sales reps in the computer department, probably more in other departments which I didn't look at, two or three cashiers, and at least one manager in the cashier's area. And they had nothing to sell.

I still wonder if they were laundering drug cash.

Well, we will always have Frys Foods. Yes, it is a related of Frys Electronics in a way. Frys food and Drug

Fry's was a monthly destination for me growing up but I haven't been to one in over 10 years. I still have a printed Fry's ad from pre-2000; I'll have to go dig it up since I can't seem to find any other ads of a similar era online. 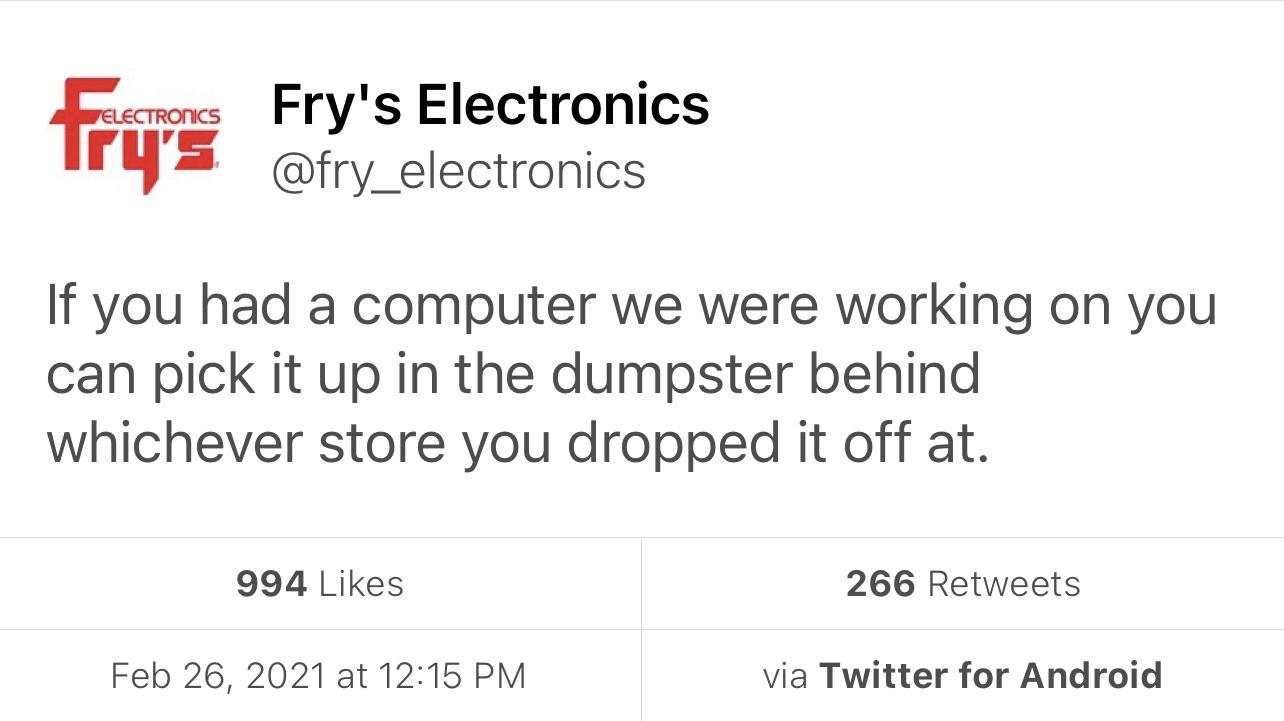 I was a late comer to Fry’s having only started going there when I began working near Bellevue in Washington. But it was a fun place to drop by on a Friday night on the commute home. I think my fondest memory was a Guild Wars unboxing event where I won a collectors edition of GW 1.