Project Triangle Strategy Demo
The Good Time Garden
Medal of Honor: Above and Beyond
Suzerain
Destiny 2: Trials Of Osiris and Presage Quest

Thread of the Week:
The GWJ Cocktails Thread - Posted by MilkmanDanimal

Speaking of vibeo james... Subsequent to the podcast, I learned that Project Triangle Strategy does indeed have a completely different narrative outcome and second fight if you choose a different option. The cut scenes in each instance also hint at some pretty intense narrative branching down the line as well. This thing is still far from release but my excitement for it has only grown since recording.

I haven't listened yet so I have no context, but if that bun were toasted I'd take it down.

I haven't even listened either, but I got on the Banana Dog train after last week's show, and

a) my daughter loooooves them
b) it neatly solves the problem of what to do with leftover hot dog buns once the dogs run out.

Which puts Rich at 1 for 2 in Sandwich Wars - I tried his peanut-butter, caramelized onion and bacon sandwich that he was raving about a couple months ago and to be honest, it was fine, but not worth the two hours of babying a giant pan of onions as they slowly caramelize.

I haven't listened yet so I have no context, but if that bun were toasted I'd take it down.

It is! This particular one wasn't butter toasted, but that is absolutely the way to go.

I made this last year when ACNH was new and I had recently finished Disco Elysium, but I kept waiting for the right moment to share it. What if Tom Nook was a Disco Elysium character? You know which philosophy he'd embrace.

Football: Tactics & Glory is the best Banana Dog I've played in some time.

You take soccer, then you XCOM the hell out of it.

If that sounds appealing, get on it - it's really good. And I say that as someone who hasn't played a FIFA or PES game in about 20 years and couldn't give less of a crap about soccer in general.

Soooo Banana Hotdog is the next golden icon. Right?

This conf call was such a treat, but when I heard Staygold say "it's a shooter set in WW2", my reaction was "YAWN!" The whole "I'm going to sell you on Outriders" was just a riot, I was laughing right along with you all, I'm amazed you managed to keep going without dissolving into peals of laughter.

Much, much awww'ing at Mel's email, which was so sweet (#RelationshipGoals!), but most importantly, it was such a fascinating question. I started thinking about which games I would pick for myself, and the first game I thought of, the one that first came to mind... was Zork Nemesis. Given my reputation, that might seem like a surprise, but I've been playing and replaying that game for nearly 25 years, and it just resonates so much with me. It's dark, it's brooding, it's complicated, complex, hard to figure out, and yet... if you scratch the surface, there's zany humor and unreserved joy in there. Which is weird, because I usually try to keep those darker bits of me hidden.
Of course, I'd also add the King's Quest games, Curse of Monkey Island, Hakuoki (had to throw an otome in there!), Guild Wars 2 (which I mostly played solo for the first thousand hours), perhaps even ye old The Realm Online, and of course... the Mass Effect games. Yes, all four of them.

You four lamented that there weren't any newer games in your lists, but honestly, to me... it makes sense. There's just not enough hindsight.

Finally, I just have to second Staygold's mention of Outer Wilds (I'll never thank him enough for introducing me to it). I don't know if I would put that game in my "legacy" list, but it's such a special, special games for all the reasons that were mentioned. It's truly something else.

Thanks so much for the conf call, it's always pleasure to hear you all and your insight.

A banana dog combo I’ve experienced was The Following dlc for Dying Light. The combination of parkour and zombies in the main game was a marriage made in a blood soaked heaven. When the concept was revealed it elicited less of a ‘that’ll never work,’ response and more of an, ‘It makes complete sense! Why has no one done this until now!?’ But in the ‘The Following’ they sidelined many of the parkour elements and instead threw the players into dune buggies and let them loose in wide open fields. It was perfect change of pace. Not only were the buggies enormous fun but they were a refreshing change from the zombie choked cities.

Future banana dog wise, I’d like to see a combination of a game like The Last of Us and a scene from Ozark (which is an extremely dark and disturbing series. The first episode it probably a good representation of what the rest is like.) A group of men have stolen a large bag of money from a hidden cash Morty is supposed to be laundering for the cartels. They are in a disused public toilet (this is how I remember the scene. Some details may be wrong) arguing over what to do with the cash when Morty walks in dressed in smart trousers and a plain shirt with the sleeves rolled up. He explains to the men that, while it might seem like a good idea to take the money, the consequences for them are likely to be dire. He proceeds to lay out the likely future repercussions of said action and suggests that they take a few thousand dollars as a good will gesture and leave the rest with him, which they do.

It’s the type of scene that usually ends with the protagonist being beaten within an inch of their lives or, alternatively, fighting and defeating the group of men with an impressively choreographed action sequence. Instead it was incredibly tense and exciting scene that concluded without a punch being thrown or a shot being fired.

(There was a game called ‘I Am Alive’ some time ago where you could enter a settlement and try to talk to the people there, whilst nervously assessing how hostile they were, but I really didn’t get on with the climbing mechanics in the game so I didn’t get to experience those scenes.)

Instead of a banana dog, might I suggest a Yakisoba Pan? 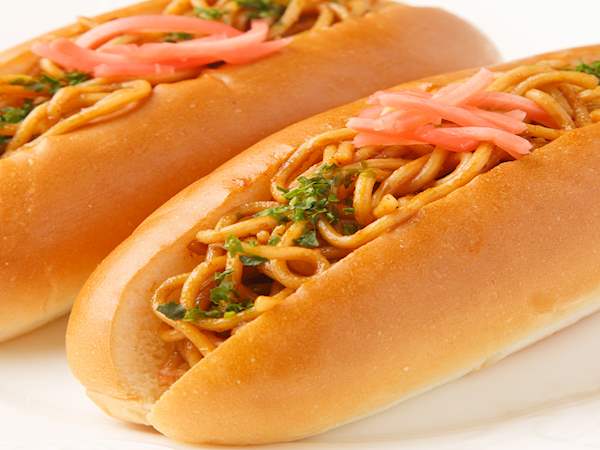 And it features a character who loves yakisoba pan.

Instead of a banana dog, might I suggest a Yakisoba Pan?

I didn't even read past this sentence and had this response ready to go:

What I am learning is that hot dog buns are wasted on hot dogs.

I'll eat yakisoba pan for dinner and then banana dog dessert and consider it a wildly good evening of fine dining.

What I am learning is that hot dog buns are wasted on hot dogs.

What other cylindrical foods are there?

I have a problem.

I have a problem.

See, to me, this reads as you have a solution to many problems.

Seriously though, give me Battletech Crusader Kings. I want to found a Kurita-Liao dynasty to counter those overrated Steiner-Davions.

Seriously though, give me Battletech Crusader Kings. I want to found a Kurita-Liao dynasty to counter those overrated Steiner-Davions.

OMG that is a brilliant idea!