The flip side of the coin from a thread I posted a couple years ago... what are you least favorite game titles?

I mean the actual titles of games, the ones on the box (ha ha, imagine games having boxes still): the ones that make no sense, that give a wrong idea or no idea of what the game is about, the ones that turn you off from ever wanting to check the game out.

I'll start things off... Most of the titles that really annoy me are the ones that turn off potential players by being really unmemorable, or being so generic that it's a pain in the butt to Google information about them. Some examples:

Hunt: Showdown - This is a PvPvE battle royale variation by Crytek with some unique mechanics and an interesting Southern Gothic setting, but the title couldn't be much more generic and I think it's half the reason the game has never taken off in popularity despite being in early access for a year and a half now.

Control - This is one of my favorite games of the past couple years if not all-time but the title is basically un-Google-able. If you don't search for something really specific like "Control game Remedy" or the name of a specific boss or level or something like that good luck.

Due Process - This is a really promising new indie shooter which is basically R6: Siege with constantly changing procedurally generated maps and sort of a PS1 aesthetic. The title sounds like wannabe Ace Attorney.

And some dishonorable mentions I had in the old thread:

Crysis and Far Cry are pretty terrible titles we've gotten so used to that nobody thinks about it anymore.

Destiny - This could be literally anything.
Apex Legends - So bad it inspired its own alternate title generator meme site

What were they thinking changing it from Gods and Monsters (bland, yes) to such an ugly thing.

Middle of the map
garion333 wrote:

What were they thinking changing it from Gods and Monsters (bland, yes) to such an ugly thing.

I'm 90% sure I remember reading that was a legal thing where Gods and Monsters couldn't be trademarked. Still, they could have come up with a better alternative.

Malor
Posted: January 10, 3:19 AM
Discretion is not the better part of

The whole Divinity series is a goddamn mess. The original "Divine Divinity" was an extremely dumb title, and they haven't improved. A person who hadn't really played the games would be hard-pressed to determine that Divinity: Original Sin 2 was their current title.

edit to add: and the plot, IIRC, has effectively f-all to do with gods or sin or being divine in any way.

I found Horizon: Zero Dawn very confusing. I was afraid that they would name the second title "Horizon: First Dawn" then, but luckily they went with "Horizon: Forbidden West" instead. First dawn, sure... but a "zero dawn"? Even "no dawn" would have made more sense.

NSMike
Posted: January 10, 8:59 AM
NS Stands for Not Straight

TBH, I kinda hate Remnant: From the Ashes. It suffers from a similar problem others have raised, in that it is quite generic, which hides the fact that it's actually a pretty good heavily-coop-based Soulslike with guns. Fortunately, people figured that out and it surpassed its own name thanks to word-of-mouth basically breathing life into it, but I feel like it would've wallowed in obscurity with that title, otherwise.

I kinda hate all of the Tales games names. They're all "Tales of Somethingia" and I can never tell them apart.

Also, for the racing sim fans, RaceRoom Racing Experience. It sounds like a bad theme park ride, and is just a super clumsy name in general.

I found Horizon: Zero Dawn very confusing. I was afraid that they would name the second title "Horizon: First Dawn" then, but luckily the went for "Horizon: Forbidden West" instead. First dawn, sure... but a "zero dawn"? Even "no dawn" would have made more sense.

I’m pretty certain “Zero Dawn” is a reference to zero day viruses/exploits, which actually makes sense and is relevant to the story, but which a lot of people probably wouldn’t get. Which I guess makes it a bad name.

Bioshock is one of the worst game titles ever. It's absolute pablum that exists only to refer to System Shock which was a very good title.

What would a sequel be called? It would presumably have Star Wars and Jedi in the title. Or will they just slap a 2 on it and call it a day.

Stupid, sure... But really worse than "Final Fantasy Crystal Chronicles: Echoes of Time"?

I've complained abut both of these before, but the title Forgotton Anne made me actively angry and I refused to even look at the game until I heard someone talk about it in a podcast, and it turned out to be an amazing game. Awful title, though. Spelling something wrong is an instant repellent for me. It doesn't matter if you're trying to be cute or clever --it just doesn't work for me.

Next, Sparkle Unleashed sounds like it has something to do with unicorns, but it is a fantastic match-3 puzzle I thoroughly enjoyed.

I think it should be Star Wars: Jedi: Fallen Order, which would be way too many colons, so why not Star Wars: Fallen Jedi Order?

It certainly is an appropriate title. But as far as Googling and finding things, Rock Band is a frustrating one.

Guild Wars The Guild Wars franchise offers a rich fantasy world every bit as detailed as Elder Scrolls and yet the name makes it sound like a shallow mobile game. Worse yet, the game hasn’t focused on guild vs guild battles since the original launch back in 2005.

Crusader Kings Cool sounding name but crusades are just a small part of the game and most likely you won’t become a king from joining one. Also, many players choose non-Catholic traditions such as Islam, Norse, or Orthodox faiths. Finally, modern developers probably shouldn’t be putting such emphasis on the Crusades. It’s why for example the same publisher doesn’t go out of its way to model Holocaust mechanics in Hearts of Iron.

Call of DutyA title that tries to evoke the gravitas of Band of Brothers but instead sounds like a way to describe sitting on the throne with diarrhea.

Lightening Force - is this some sort of trademarked bleaching effect of a toothpaste? Nope, it's the North American title of Thunder Force IV. This title is responsible for me misspelling "lightning" for a few years.

Stupid, sure... But really worse than "Final Fantasy Crystal Chronicles: Echoes of Time"?

As long as we can still single out that goddamn Kingdom Hearts game with the fraction in the title.

Medal of Honor: Warfighter - they didn't even try.

How has Kingdom Hearts: 358/2 Days not been mentioned yet!?

How has Kingdom Hearts: 358/2 Days not been mentioned yet!?

As long as we can still single out that goddamn Kingdom Hearts game with the fraction in the title.

I don't know if this is terrible or actually pretty amusing but I'll go with Leisure Suit Larry: Wet Dreams Don't Dry

I remember when I used to listen to Sacred Symbols & they read 'the drop' every week were Colin & Chris went through all the new titles releasing on the PS Store for that particular week. Chris read the aforementioned title above & I just bust out laughing at the sheer audacity of it.

F.E.A.R. - From what I remember this stands for First Encounter Assault Recon, and was the result of the publisher pushing for the title, rather than the devs, who had to retroactively fit it into the game somehow. 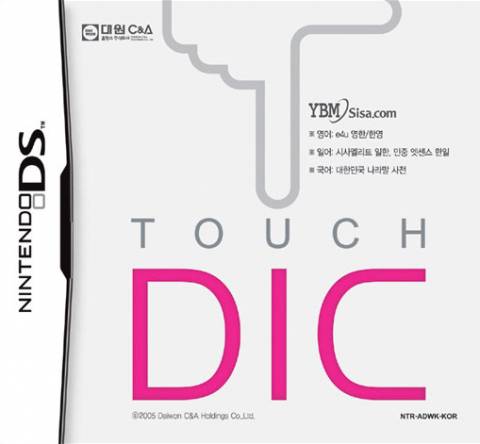 It's a dictionary! Gesh!

You're doing it wrong. The thread is called "Terrible titles".

Let’s see, some good ones already taken.. I’ll go with

Warframe
Men of War Assault Squad
Battlefield when they went back to 1 and then to V.

You might have won this mrwynd, I'd love to see the box art for that game. Terrible doesn't do that justice.

You might have won this mrwynd, I'd love to see the box art for that game. Terrible doesn't do that justice.

Maybe if it wasn't an obvious joke/parody title.