If I chip away at this I can probably call the pile done by like 2100 at 117 years of age (betting heavy on science to extend that lifespan).

If you're interested, trueheart78, has the 12 month 2021 pile plan thread over here. 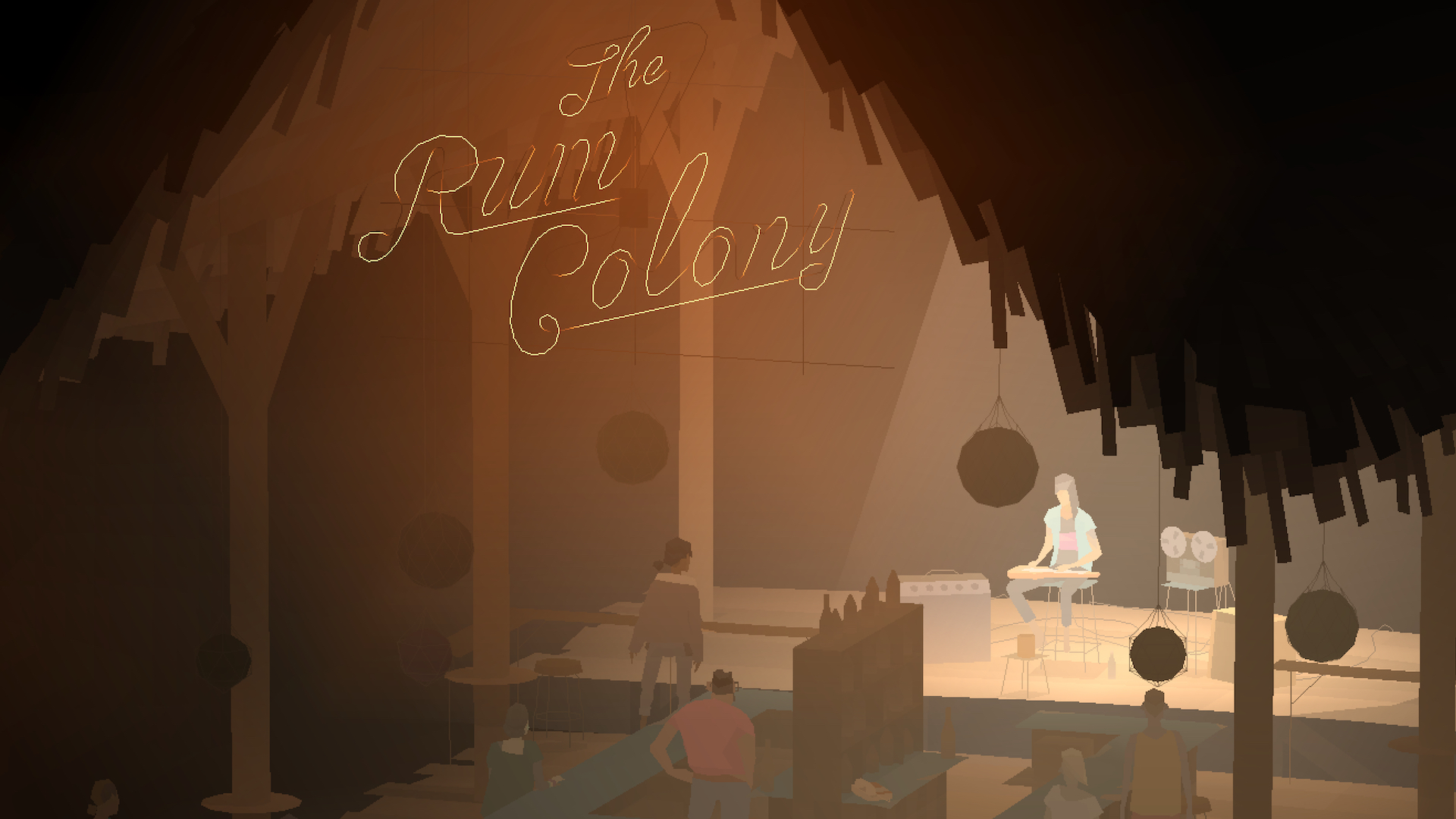 "Kentucky Route Zero is a magical realist adventure game about a secret highway running through the caves beneath Kentucky, and the mysterious folks who travel it." (Official Site)

And technically I carried over AC: Odyssey (PC, multi). Finished the family story but need to kill the rest of the cult before I call it done done.

Only one thing for me in January for now: The Legend of Heroes: Trails from Zero (multi). I'm about 2/3 of the way through, and I'm hoping I can wrap this before the end of the month.

Oh boy, I failed terribly at clearing any of my pile in 2020's EOY thread, so here I will plant a couple of my carry-overs.

Yes, I am keeping it nice and short, for the most part, and those longer in runtime are near the finish line.

I’m trying to keep it simple:

Whelp, that was a quick turnaround for me; I've just put The Banner Saga to bed. Not bad for two days into the new year.

Holy cow, these are just my ‘high priority’ backlog items. I shouldn’t even look at sales or anything else. I broke them down to games I haven’t played at all and games that I’ve played some but I really want to dig in more / complete the game.

I've made up a "bucket list" of games myself. It's about equally long as your's robc, though there's not much overlap.

Which ones are you planning to declare to finish in January?

I'm going to try to be more organized in trying to chip away at my backlog so I'm going to start using these threads again.

After that, the plan is Hellblade: Senua's Sacrifice and Doom (2016).

My goal is to always have a plan for the next two games after my current game except for when I'm working on a particularly long game (looking at you Red Dead 2). I'm also going to try to alternate between long and short games to avoid burning out.

OK, put me down for Rage for the month of January, though that won't stop me from cyberpunkering.

Hellblade is so good.

First completion of the year is an undeclared one:
Noctropolis (PC)
It's a 1994 point-and-click adventure with all the baggage that description brings. It also has full motion video interactions with various characters. The premise is interesting in that a bookshop owner gets sucked into a comic book world (a very Gotham-like city) to become its next superhero because the previous owner of the suit has gone AWOL.

I picked this up from a Barnes and Noble approximately 25 years ago, in large part because the back of the box promised teenage me the view of some adult content. Did I mention that your sidekick is Playboy Playmate of the month, July 1985? I'm not sure if I ever even installed the game, but for some reason, in 2020 I decided I wanted to see if Noctropolis was any good. So, thanks to Nightdive Studios releasing an enhanced edition (compatible on modern computers, music revamp, bug fixes, and removing dead-end situations which were apparently also unintended by the original developers), I got to try it out.

Now that the credits have rolled, I can honestly say that I'm not sure what to think. I can only recommend it as a strange relic of its time.
The premise is interesting and the setting perfectly realized, with lots of detailed neo-gothic and art-deco architecture. I appreciate that using items can be done anywhere on a screen and your character will simply walk over to where the item is to be used. The locations can be very imaginative and lean heavily on the comic-book theme. A few of the actors, especially David Jean Thomas as "Father Desmond", put in some good performances.

Unfortunately, most don't. There's probably a good reason most of the cast had no noteworthy acting careers before and/or after this game. The characters are all extremely tropey (no doubt a reflection of comic book writing of the time), and, especially to our modern sensibilities, often somewhat problematic.

On the other hand, you could argue that they did the best they could with the script they were given. It's...not good, but perhaps that's on purpose as it lays on the camp pretty thick. Given the outtakes at during the credits, it seems like the actors had quite a bit of fun during filming, and I found them all far more likeable afterwards.
Interestingly, even though you are supposed to be the new superhero, you're more of a somewhat incompetent Batman in a goofy $5 Halloween vampire costume. Only three of the super villains are actually defeated, and it's either not by you, or by a small action you take while someone else does the lion's share of the work. The other two villains just....go away after injuring you. The reveal at the end helps this make sense, but it also underscores that you're just a goofy guy in a goofy suit.

Also, trigger warning: you (probably) kill a dog. The actual death is not shown, but it's heavily implied.

The main issue I have with Noctropolis, however, is the interface. Right-click brings up a triangle-shaped interface with various commands, and it's not always clear which one is correct. At times it requires a leap of logic that "moving" the pull-down screen will open it, but "opening" it will do nothing. Worse yet is the pixel hunting, which will haunt you throughout the game. Usable items are only sometimes highlighted, and there are numerous red herrings which will remain in your inventory even beyond the ending. Most of the action puzzles are not really difficult - they only require you to be able to SEE the item you're supposed to pick up and use.

Then there are the dialog puzzles, which are often an exercise in frustrating trial and error. The dialog choices branch, and branch, and branch again. There is usually only one correct route through. Sometimes, there is no correct path, and you just have to know when to move on. Or, as happened to me, you cannot go to a location in the game until you've heard exactly the right dialog line from a specific NPC, even if you've already heard the information from someone else.

There are also several spots where you can die. Thankfully saving and reloading happens quickly.

If all this doesn't sound super-intriguing to you, then stay away from Noctropolis. If you're looking for the naughty content and this is your only option, well...let's just say that the few seconds of titillation immediately turn into something nobody wanted to see. EVER.

Right, let's try this again, I'm sure this will be fine.

I'm carrying over Hades (Multi), Last Day in June (Multi), Kentucky Route Zero (multi), The Sexy Brutale (Multi), Resonance (PC).
Sure, this is fine. With the GOTY and work, I'm positive I'll be able to get through all of these.

On the bright side, I just finished Zork Nemesis (PC) today?

Put me down for Star Fox Guard (Wii U). It's short and I've already started it. I can do this...probably..

I finished the base game for Control yesterday. I'm still going to play the DLCs but for pile purposes I consider it completed now. Really cool game but the combat was not good. I seem to recall that being the reason I stopped playing Alan Wake. Luckily, Remedy seems to know that they are bad at combat and added cheats to the options menu.

Just try and complete A Short Hike (Switch) this month.

I'll also be playing some Skyrim and Animal Crossing, but it'd be daft to say they'll be done this month.

This month I'm focusing on finally finishing Pillars of Eternity (multi) - the base game, at least - and Zork Nemesis (PC). Trying not to bite off more than that right now.

Trying not to bite off more than that right now.

I feel so called out.

Well I seem to like having a game per console going, so when I can't get TV time I can play something on Switch.

Started Final Fantasy X (Switch, multi) a couple weeks ago. Probably can go ahead and carry it over until Feb, but I am having fun with it.

Pillars of Eternity is down! Only got through half of the DLC, but despite my enjoyment I was ready to be done.

Things aren't looking too promising for the last few days of the month.
I've given up on finishing the Banner Saga, as so far I've only played about 90 minutes of it.
I've spent lots of time on Dead Island, but, after 37 hours in game I'm only at 52% story progress. HowLongToBeat claims 45 hours for a "completionist" run. That seems unlikely for me.

I finished Kentucky Route 0 two weeks ago. I'm still not sure what exactly I experienced, but it was pretty neat for the most part.

Undeclared, after 27 years I've unexpectedly finished a run of Star Fox (SNES)!!! Yes, it was the easiest route, but I'm going to take it. I'm also not ashamed to have used the SNES mini's save state function, as the final boss is cheap a.f. Hoping to play through at least the medium path in the coming months.

Made some progress in Remember Me (undeclared this month, declared many times in the past). Went from 31% to 61% complete.

Giving up on finishing this month:
The Banner Saga 1

Holding out hope for a miracle:
Dead Island

Kentucky Route Zero is done. Took me a total of 29 hours, and a few bugs, but it was engaging enough.

So instead of playing anything I’d declared, last night, I played and finished Zork Grand Inquisitor.
... I’m doing it wrong, aren’t I?

So instead of playing anything I’d declared, last night, I played and finished Zork Grand Inquisitor.
... I’m doing it wrong, aren’t I?

If you enjoyed it, then no, it's perfectly fine!

Eleima
Posted: January 29, 8:24 AM
I find your lack of tag disturbing

Oh for sure! I (very nearly almost) always enjoy my game time! And the Zork games are some of my favorites. But I declared like... six other games initially, and didn't play them at all!
I blame the GOTY.

The Legend of Heroes: Trails from Zero (PC) is done, after roughly 60 hours!

I was really hoping to finish Hellblade this weekend since I was three hours into it and it's only supposed to be about eight but I barely had time to play anything. Most of my month was taken up by work, Spelunky and getting 100% achievements in Control.

Only finishing one game in January is not the best start to the year but I imagine February and March will be similar because of work.

Just barely squeezed in Zork Nemesis under the wire, marking maybe the only time I've ever finished what I declared in one of these monthly threads.

Eleima
Posted: February 1, 6:14 AM
I find your lack of tag disturbing