HEY EVERYBODY IT'S WEEK 9 OF THE NFL SEASON!

But you know what? I don't have much for y'all this week.

OK! OK! Geez, Tom. Settle down. I got something.

Back in the Week 8 thread, some dummy said something along the lines that the Carson Wentz (North Dakota State)-Ben DiNucci (James Madison) QB match-up the other night was the first time in a while that I-AA QB alums had played each other.

That prompted a #WellActually from someone who knows things about the NFL, someone who should probably be producing this weekly write-up instead of the Gase-esque collection of keystrokes it has become.

That prompted my brain to ponder this question: Which conference has the most starting QBs in the league.
According to this, it's the ACC, which leads by a half a point over the Pac 10 and SEC (and no the "half" isn't a crack on Russell Wilson's height).

If you want to update the list for probable Week 9 starters, Nick Mullens (Southern Miss) would be the only current Conference USA starter. Former Mr. Texas football (and former Panthers' third-stringer) Garrett Gilbert (SMU) would make Kyle Allen the best AAC starter in the NFL. And someone named Jake Luton (Oregon State) is apparently going to start for the Jags.

* I counted Russell Wilson at both NC State and Wisconsin because he was a star at both schools unlike, say, Cam Newton and Kyler Murray. And I reluctantly counted Kyle Allen, who hasn't starred at anyplace he has ever played.

** Technically 3.5 if you believe Brees is a full-sized human, which I don't. He's really a 0.4 bc he's sharing snaps with Taysom Hill.

The I-AA (aka FCS) division had 3 starters last week: DiNucci, Wentz and Jimmy G. This week, though, it looks like it'll be down to one because Jimmy G is dying of an ankle sprain and/or Covid and DiNucci might as well have died because he was truly terrible.

Some other small-college QBs you might have heard of:

So it that it?

Thursday: Packers at Niners.
... This looked pretty good until the Niners announced they'll only be able to field 18 players.

Sunday late: The whole nation is getting Steelers-Cowboys. The only folks getting the other late game (Fins-Cards) are Arizona and south Florida, which is also getting a tropical storm this weekend.

Sunday night: Saints-Bucs play in the Brees-Brady Geezer Bowl brought to you by Rascal Scooter, Reacher Grabber, Jitterbug Phones, AOL and The Wow! Computer. The two starters are a combined 84 years old.

And someone named Jake Luton (Oregon State) is apparently going to start for the Jags.

We don't know who he is, either.

Thursday: Packers at Niners.
... This looked pretty good until the Niners announced they'll only be able to field 18 players. 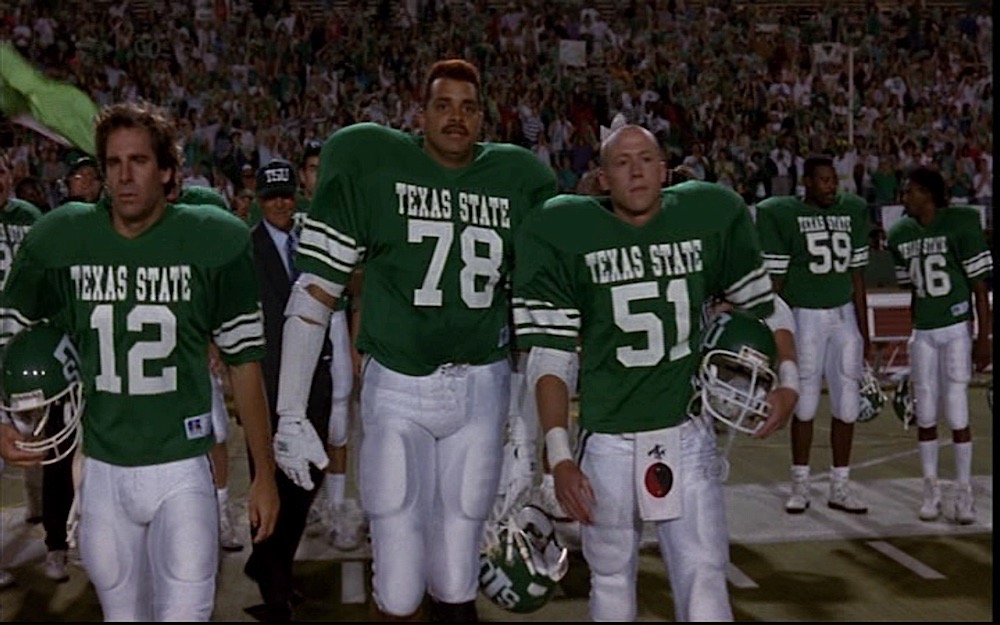 Whatever, this season is an asterisk anyway right?

Honestly, Legion, the Niners could get by with just one guy ..

Whatever, this season is an asterisk anyway right?

Fortunately, the Niners have been drafting so well that they're still not in any real danger of a stereotypical post-SB loss roster blow-up next offseason either. Both Aiyuk and Kinlaw have been ranking well on PFF's rookie lists, quite a follow-up to Bosa and Deebo last year. Plus getting Fred Warner with a 3rd rounder and his fellow starting LBs with a 5th and an undrafted. They've got a sizable chunk of the top of their depth chart on rookie deals for the near future.

They need to shed some cap for some key re-signings, but they got a nice head-start on that with the Kwon Alexander trade. (Made possible by all those starting LBs they got with cheap picks/UDFA).

Though the big question once again will be, is Garoppolo the guy to continue with? Given the reveal that he's been playing on torn ligaments since the week 2 Metlife Massacre, it's hard to hold too much of his 2020 struggles against him. But his guaranteed money is now all paid out, so there's certainly an opening to target a QB in the draft and make a run with that QB on a rookie contract.

He went to Quinnipiac?

Some other small-college QBs you might have heard of:

OH GOD THE ENTIRE SCHOOL IS DEAD THE HUMANITY

Good luck with that, only the pats have that kind of pull.

I did not expect week 9's 49ers game to consist of Nick Mullens throwing to Trent Taylor, Richie James, and Ross Dwelley, while handing off to Jamycal Hasty. Trent Taylor played half the snaps in week 8 due to all the injured WRs though, I guess Kendrick Bourne doesn't like him very much.

sleeper doesn't even know the name of the 3rd WR dressing for the 49ers yet. 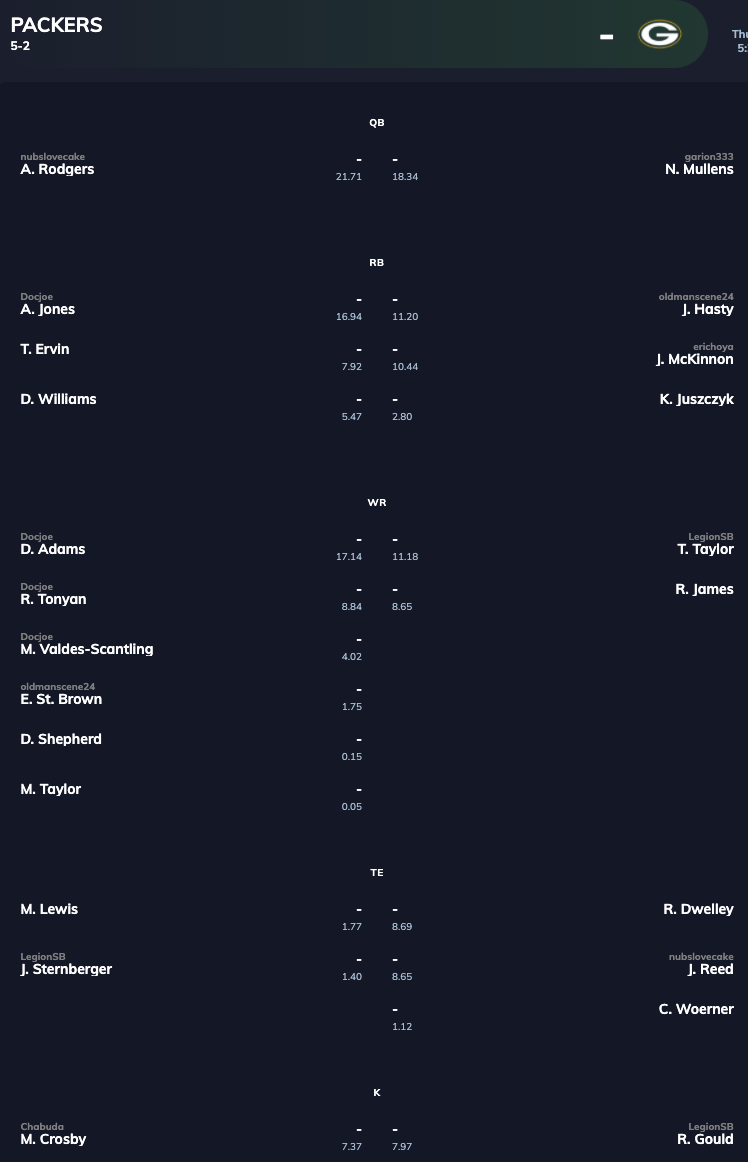 sleeper doesn't even know the name of the 3rd WR dressing for the 49ers yet.

Richie James is barely healthy enough to be the 2nd one. He's questionable and was limited in practice, after having missed last week and most of the season to this point.

It's going to be the most absurd game of the year.

The Chiefs (a staff member) also have the 'rona, which is probably Carolina's only chance of beating KC on Sunday.

If the Packers lose to the 49ers preseason offense, I'm going to have to troll the Packers fan neighbor that lives across the street from us somehow.

This will get interesting for the playoffs and SB when it becomes really difficult to start moving games around.. it will be a kick in the pants for certain star players to suddenly get Covid right before the AFC championship game.

Sure seems like fraud. That game should be moved to Subday. Someone check the count!

Rather than link three PFT articles, I'll just show you what part of the front page looks like: 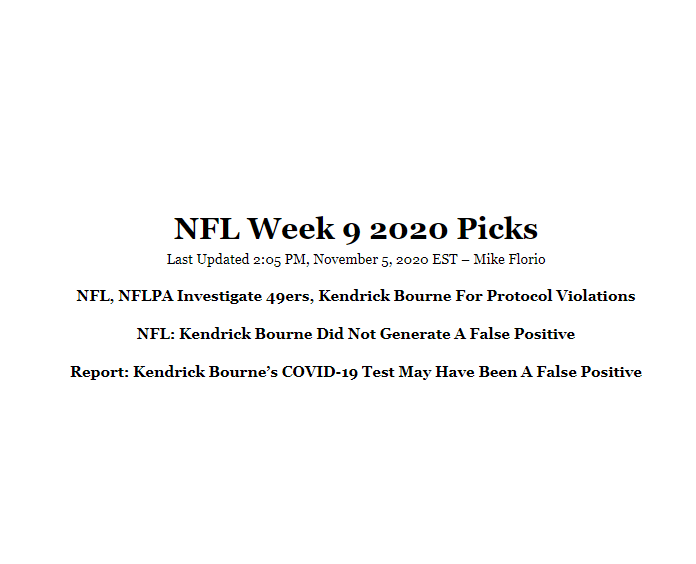 Do you guys remember Kevin White? Bears fans should. 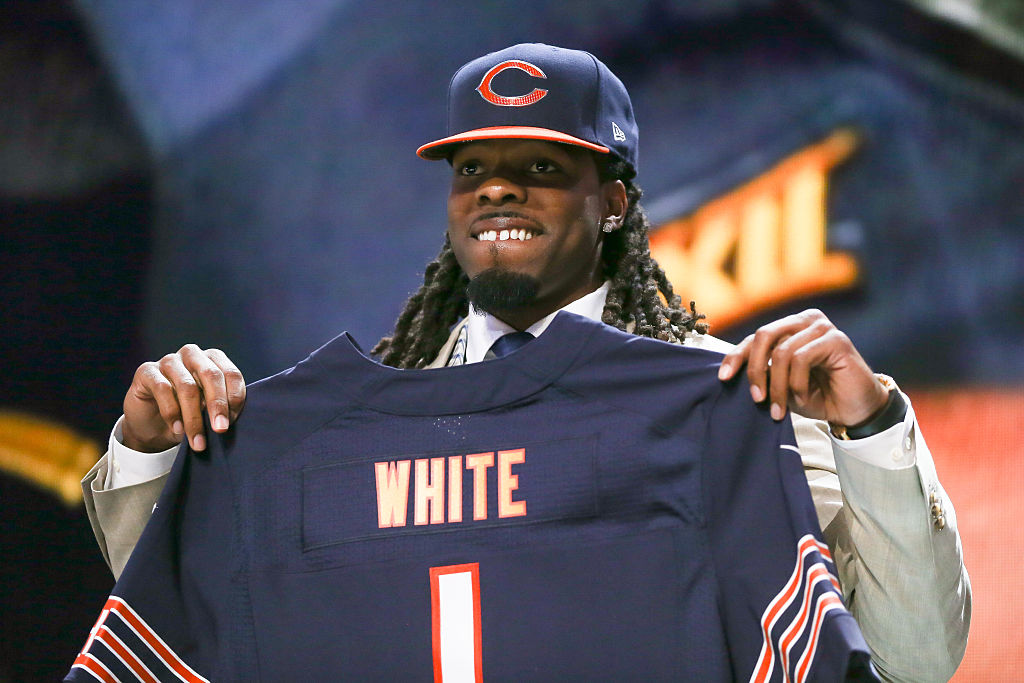 He then was discovered to be made of glass, suffering season-ending injuries early in his first 3 seasons. He had 285 total yards in his 4 years as a Bear, before fading into oblivion after his 5th year option was (obviously) not picked up by Chicago.

Ever wonder what happened to him?

You'll find out tonight. That 3rd WR that Sleeper couldn't figure out? 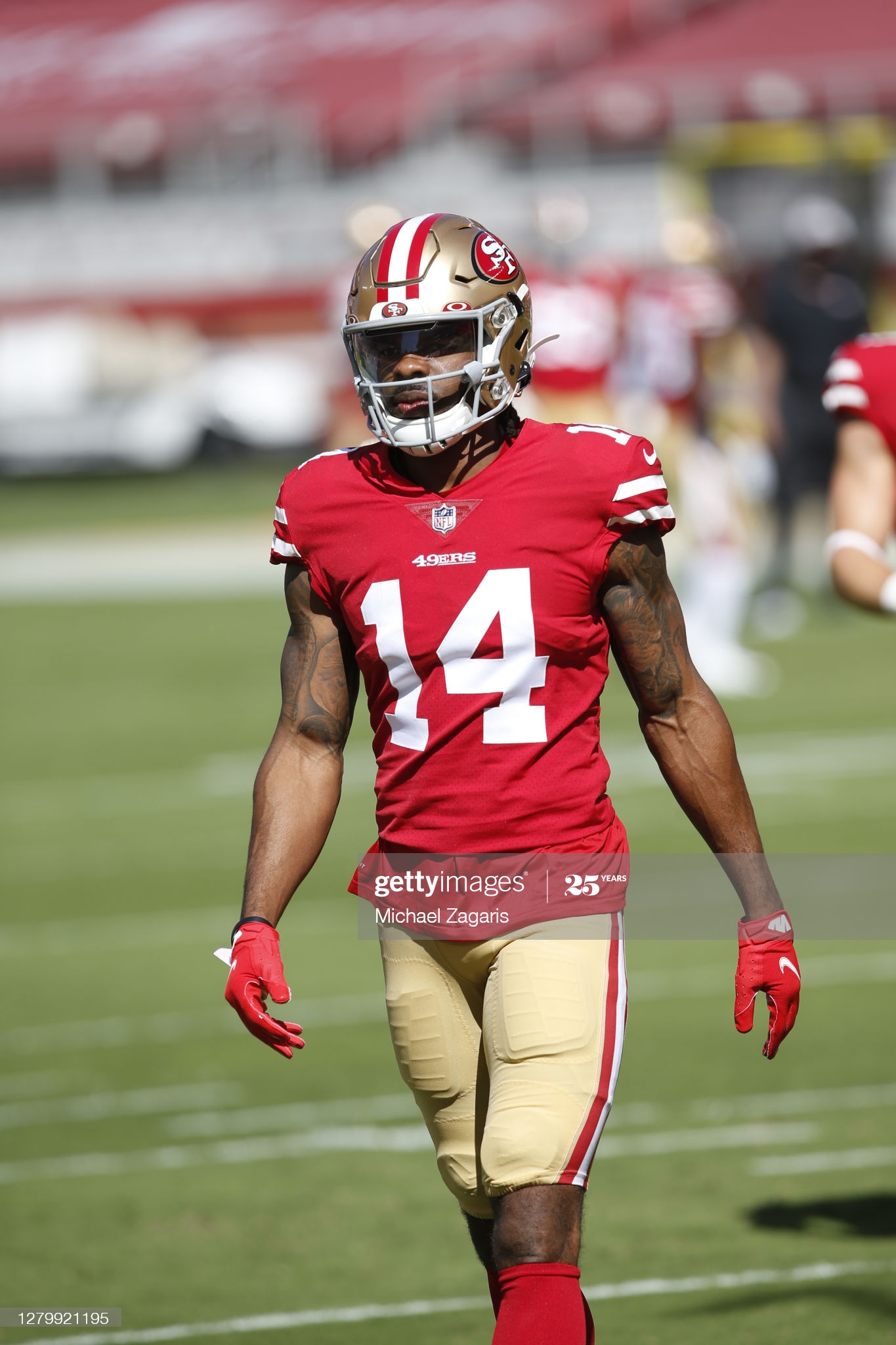 I knew things were bad for San Francisco, but when Kevin White is the healthy one . . . oof.

I knew things were bad for San Francisco, but when Kevin White is the healthy one . . . oof.

It's like the football gods are trying to execute on his injury curse, but he's so far buried on the 49ers roster that they're having to drill through everyone above him to reach him.

EDIT: The only positions on the entire 49ers offense that will be manned by an actual starter tonight are: fullback, guard, tackle.

I've watched football for a long time and I'm pretty sure I've never seen anything like this.

Watch him light things up.

Is Jerry Rice too old to come out of retirement?

Is Jerry Rice too old to come out of retirement?

I mean, this was him in January:

Also, there is another...

Of course it's a touchdown, Davante Adams Fresno State doesn't land out of bounds.

T.O. would have held onto that ball.

Packers D lucky that that was a practice squad scrub running that route.

Hey we didn't get shutout

Now the bloodbath is beginning.

Marquez Valdes-Scantling needs to be facing the QB wide open pretty much standing still to catch a ball.

Safety gets hurt and scrub replacement immediately gets destroyed. Can we please keep at least SOME starters on the field?

Mullen’s is a lot like Wentz except he’s shorter and gets paid a lot less to suck.