Van Dijk didn't do his ACL, Pickford did it for him. He should be banned for at least the same period of time VVD is out for.

The Merseyside derby can be summed up by what has become a depressing common phrase these days: A good game of football utterly ruined by VAR

Only difference this time is that it was offside decisions, not handballs. Frankly if Pickford had been sent off in the 10th minute and Liverpool won that game 4-2, Everton could have had few complaints.

Don't get me wrong I think VAR is the way forward. Just not this way. Holy God.

I think we agree: VAR isn't the problem; terrible officiating is part of the problem. The other part is the current handball rule. Bonus problem is that VAR needs a margin of error for offside, benefit of the doubt going to the attacker.

Yes, the "Umpire's Call" factor in cricket's DRS review system is long overdue in the VAR debacle. If you cannot tell with the naked eye that an offside decision is incorrect, then it's not offside.

As speaking as someone who deals with tolerances measured in nm (namometres) as part of his job, I can tell you that VAR just isn't that accurate. It intrinsically can't be given all the factors involved.

DIT: I'm a tad tipsy and just watched it all on Match of the Day, Those decisions were shocking, I'd be ashamed of my job if I made those calls. I am also aware I'm probably not in a very unbias mood at the moment.

I believe it was a set piece header, an own goal from the only position we failed to strengthen this summer (CB), and a top-corner worldie right at the death.

That goal at the last second was a nice one, it got me a little excited and yelled out wtf. 15m to go it felt something was brewing as Spurs were kinda just coasting while WH never gave up and kept pushing. Also moments before the last goal Bale had a nice chance with some fancy footwork at the top of the box to seal it but hit it a lil wide. Fun game

Kane and Bale both missed prime chances to make it four which surely would have cemented the win.

Kane and Bale both missed prime chances to make it four which surely would have cemented the win.

At least it wasn’t a last minute winner overruled by some moron with a video screen. I am in no way still bitter about that.

Jordan Pickford though. If you haven’t followed then his ‘tackle’ on Van Dijk has probably ruled Van Dijk our for the rest of the season - certainly the majority of it. Of all the things to have happened this weekend it was by far the worst but also the one nothing will be done about. Figures

I understand that feelings are raw, and agree Michael Oliver had a nightmare of a game on Saturday.

I also am never happy to see a player go off injured, and hope that both Virgil van Dijk and Thiago are able to make full recoveries ahead of schedule.

Richarlison's challenge was no doubt a straight red.

The late goal being ruled out is a heartbreaker for sure - I don't think a draw flatters our performance, but I understand the frustration of having a tight offsides call take two points off the table.

I'm not convinced that Pickford's tackle merited a straight red card, though. Michael Oliver was clearly taking a "let them play" approach for the derby - van Dijk could easily have had a yellow in the opening minutes (including giving James a crotch shot after the ball had gone). I do think it was rash by Pickford, but keepers are generally given a lot of leeway in terms of contact, and it looked like Pickford was trying to play the ball.

Given that it's us though, I still expect Pickford to face retrospective action. [Edit: I'm surprised, but think it's the right decision]

So Manchester City have more Portuguese-born players in their starting XI than Porto today. Modern football!

That was absolutely worth my time, Pred.

There's no way to discuss it without getting way into D&D, but good on ya Marcus Rashford.

The standings in the English top division read Everton, Aston Villa, Leeds, Liverpool, Leicester, Arsenal, Wolves. I feel like I'm back in the 70s or early 80s.

Except for the bit where Ipswich aren't there.

Seems Premier League defences aren't as good as those in the Championship. So much for needing another striker.... In Beilsa we trust

Just saw the highlights. The first goal was pretty straightforward, but the second and third goals were eye-opening. Who is this guy?

That was a very nervy 2-1 victory over Sheffield United tonight. The team have definitely lost both a bit of sharpness and a bit of hunger since the won the league and it's really starting to so a little. That said when they need to respond they do.

I have no idea how the league is going to go this season now to be honest. It could be the most open in years.

I have no idea how the league is going to go this season now to be honest. It could be the most open in years.

That's actually why I'm less worried about liverpool than I might otherwise be. Both manc teams are in the bottom half of the table. Chelsea, Leicester, Arsenal, Tottenham all currently outside of the top 5. This has been a wild start to the season.

Sneaky bet on Shakhtar to win the CL because at this rate, why not?

I had hoped we had left playing like we don't actually care in the past, but it's clear Carlo still has a lot of work to do.

Congrats to Southampton for not letting us back in the game after that first goal went in. 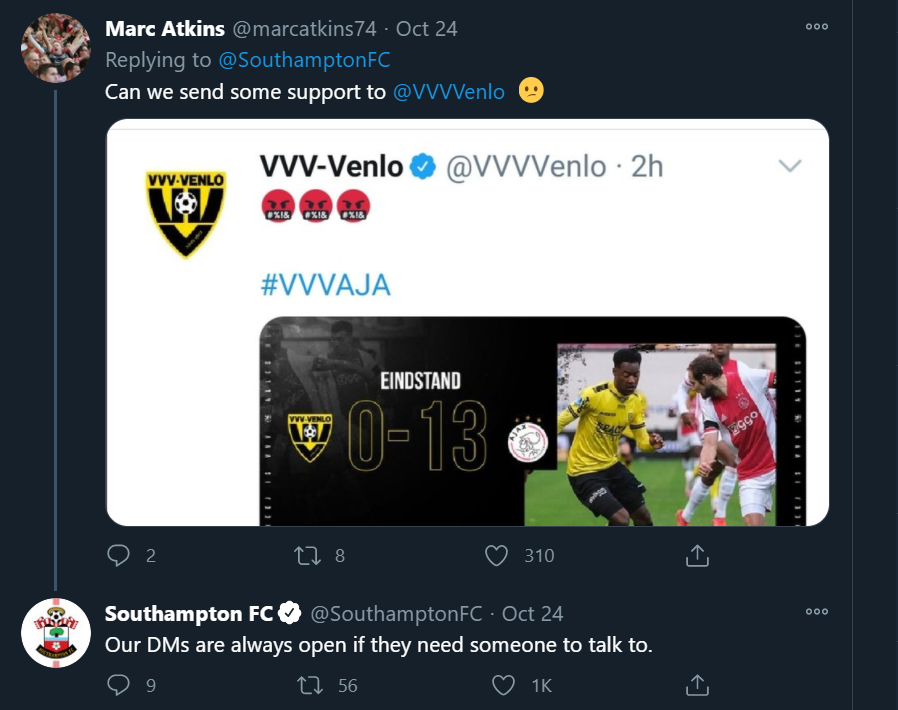 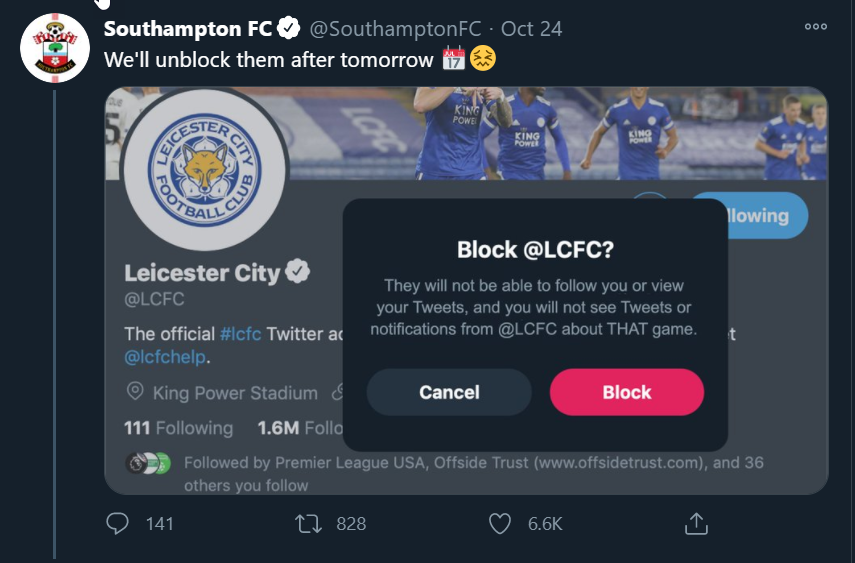 Man, Dimmer. I did not expect us to be the ones to break the unbeaten streak -- especially at St. Marys.

Aren't you mixing him with Luke Ayling? That's who I remember admitting to the camera that he wasn't sure if he was good enough for the Premier League.

Aren't you mixing him with Luke Ayling? That's who I remember admitting to the camera that he wasn't sure if he was good enough for the Premier League.

Maybe. But I've know I've heard people saying Bamford wasn't cut out to be Leeds' striker before they got promoted.