EDIT: Also, Cincy and Coastal Carolina should just play each other and call that the national championship.

That settles it, Cal should be in.

That said, I can't believe fans outside Alabama and South Carolina would be thrilled with yet another (fourth?) Bama-Clemson game. I know I'm not.

Badferret
Posted: December 21, 4:33 PM
The Musk is strong with this one

That said, I can't believe fans outside Alabama and South Carolina would be thrilled with yet another (fourth?) Bama-Clemson game. I know I'm not.

The last half decade has been nothing but insufferable sprinkled with some searing pain as a garnish for a Georgia fan.

Literally the best video they have ever made....

That settles it, Cal should be in.

Well just like in P5, Coastal Carolina and Cincinnati get the benefit of being in the same general area of Alabama and Clemson, so of course SJSU is not in any of these conversations.

There's "amazing," and then there's "they actually put a 2-8 team into a bowl"

There's "amazing," and then there's "they actually put a 2-8 team into a bowl"

I genuinely hope the sport gets a chance to start fresh and figure out what it wants to be outside of a way to enrich entrenched power brokers at the expense of kids.

This is hilarious and in a decent society would be the wake up call that CTE hasn’t been so far.

Excited to see my alma mater playing in the (checks notes)...

Against the football powerhouse (checks notes)...

Excited to see the team that once had Jim Kelly, Bruce Smith, and OJ Simpson compete!

That stadium, which received a major makeover and upgrade a few years ago, is walking distance from my old house.

Sorry about the result UpTolsomorphism. 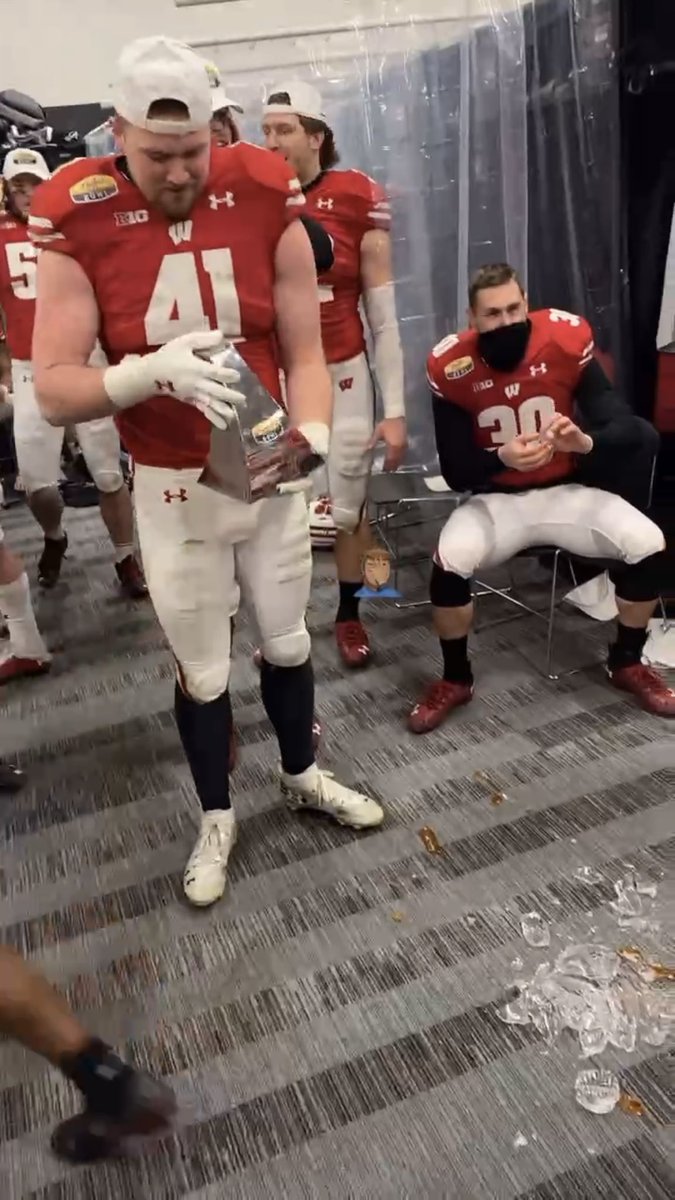 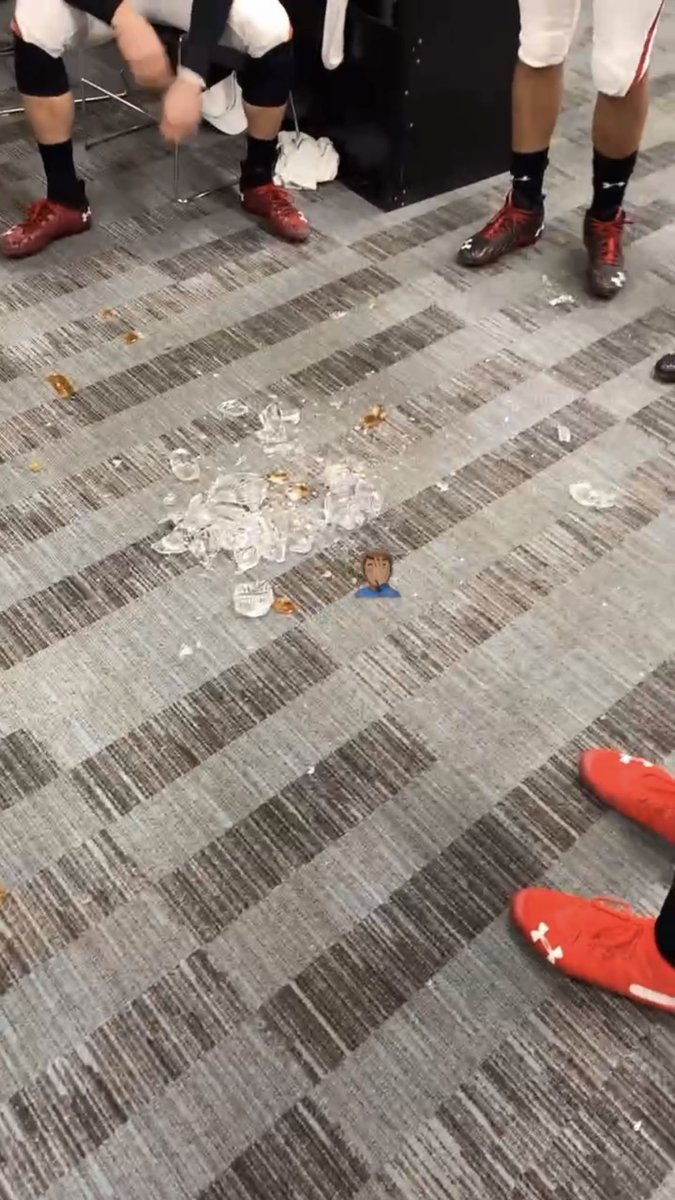 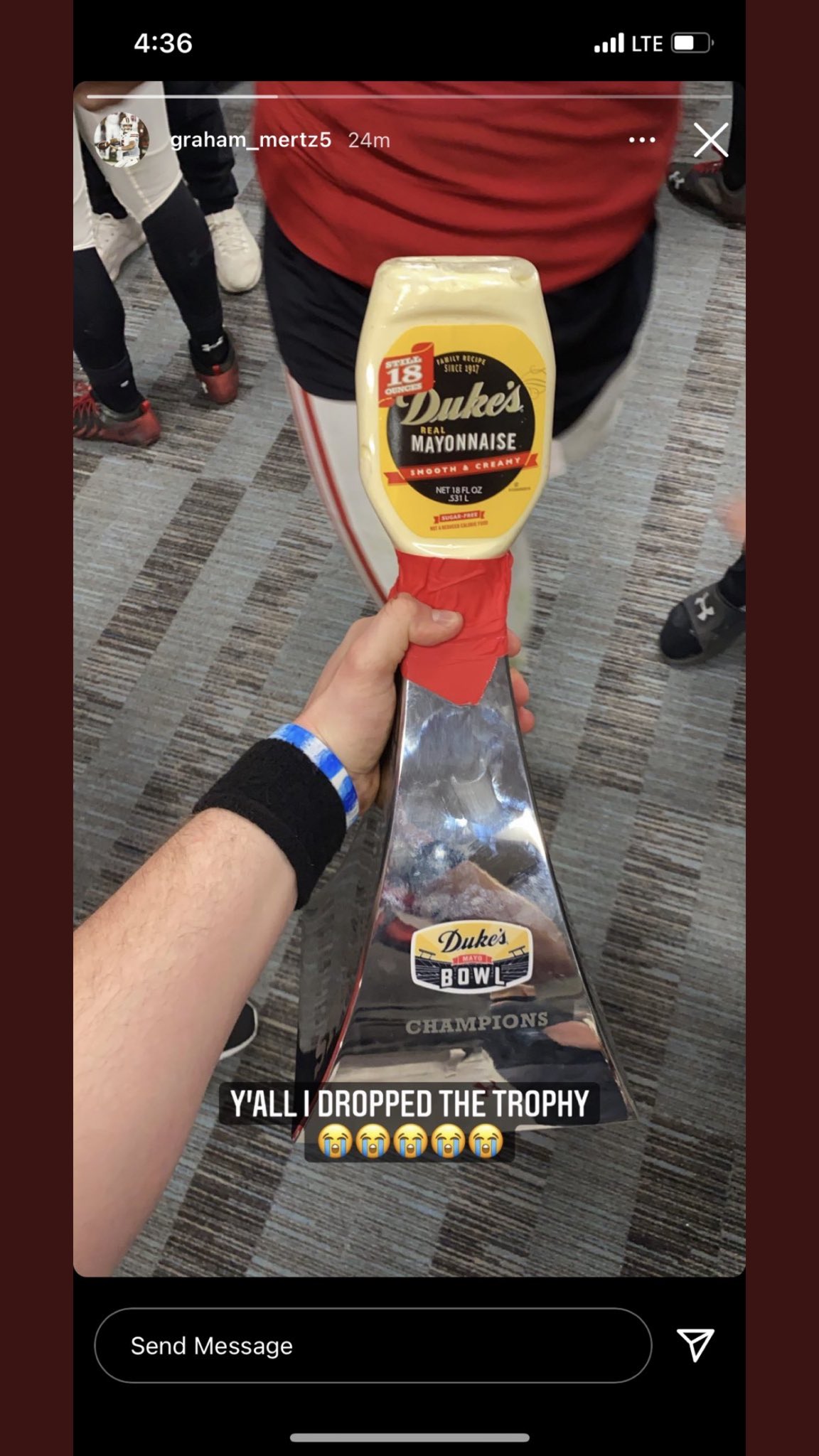 Fitting. To be honest.

How can you punt the ball on 4th and 3 near midfield when you're down by 2 and there's just over 3 minutes left? And you're already down to 2 timeouts?

And if you're the other team that's up by 2 and got the ball back, how do you put the ball in the air on 3rd and 2 with 1:41 left when you made the defense burn their 2 timeouts already and the most important thing if you don't get the 1st is simply to roll another 30 seconds off the clock?

Georgia tried to give away the game and Cincinnati gave it right back.

Georgia kicks a field goal to win with 12 seconds left. Cincinnati almost certainly wins if they just kneel down on 3rd and 2.

Badferret
Posted: January 1, 10:01 PM
The Musk is strong with this one

What, are you saying those decisions ran counter to the analytics?

Considering how disappointing Georgia's play was, I'll take the W and never look back on this cursed year/season.

Hoping JT sticks around, Dawgs should be better next year if he does.

Georgia's decision you could at least slightly argue. If you're more confident in the defense getting a 3-and-out rather than the offense getting 3 yards in a do-or-die play, well OK, though that offense still needs to go back on the field and score.

Cincinnati's, though, was absolute coaching malpractice. Your top priority is to run the clock. If you get the 1st down to seal the game, great, but the only chance Georgia has is for you to leave them clock for a drive. Georgia managed to run 8 plays (including the kick) on their drive. Most of the yardage gained during the time that should have been bled.

Georgia should have gotten the ball back with a little under 1 minute, putting their back against the wall and requiring JT Daniels to hit the kind of long passes he kept missing. And that's only if Cincinnati doesn't pick up the 3rd-and-2 on the ground, which they have a reasonable shot of. It's not like staying on the ground would have been giving up on the play.

What boggled my mind is that the announcers didn't question either Georgia OR Cincinnati's decisions. This is why I can barely watch college football.

Badferret
Posted: January 1, 10:59 PM
The Musk is strong with this one

What boggled my mind is that the announcers didn't question either Georgia OR Cincinnati's decisions. This is why I can barely watch college football.

A UGA site runs a stream that Georgia fan's can sync to, featuring former Georgia coach Jim Donnan, so much better to have a coach calling out things that he sees, mismatches, etc than pretty much anyone but ESPN's top announcers.

Clemson just looked sad out there. Maybe Dabo leaning into some criticism of his opponent wasn't the best idea? OSU just ran roughshod over the Clemson defense for nearly the entire game. Ugly.

Jimbo turning on the jets to avoid the Gatorade bath was pretty funny, I must say.

The tarheels played a pretty solid game for ~3.75 quarters, and just missed a couple of catches that might have changed the outcome. I feel like the final score doesn't really reflect the game that was played, but congratulations to A&M. That was a heck of a contest.

Okay, I'm finally ready to return to this thread.

Don't look now, but every one of those "sh*t" SEC teams with losing records won their bowl games, many of them (all?) against top 25 teams. The SEC won the most bowl games of any conference this year.

Turns out the rankings and the committee did a terrible job of evaluating teams in a year where not only were there few non-conference games to act as signposts, but also different conferences playing by different rules.

A 3-7 record excites no one, definitely, but a lot of talking heads and possibly the committee didn't understand that an all-SEC schedule is a zero-sum game. A 3-7 team that could remove up to two of those losses and add four non-conference games against, admittedly, 3/4ths cupcakes, could easily have gone 7-5 in a normal year. Still not great, but it looks waaaay different.

One of the failings of the committee was talking about wins over teams with winning records. In a zero-sum SEC season, we didn't have as many as Notre Dame did. However, the ACC allowed each team to schedule one non-conference game. That one game per team radically alters the math for the conference's collective records. Now every win doesn't have to be a loss to some other conference team.

I'm past being as upset as Pred's video at this point, but that loss by Notre Dame in the ACCCG should have been disqualifying. Dan on The Solid Verbal (an Oregon grad) made a great point by saying "We have yesterday data showing Notre Dame doesn't belong on the field with a playoff team." Even if you say A&M's loss to Alabama in week two was also disqualifying, I still wouldn't put Notre Dame in. Put in some undefeated team. Hell, OU would have done better, clearly.

By the way, the ACC - the conference so good that they got two teams into the playoffs - went 0-fer in bowls. That's amazing. Again, all those sh*t SEC teams with losing records won their bowls - every last one of them (only Florida and Auburn lost their bowls, both had winning records even afterwards).

In summary, Gig 'Em, Ags, the future is bright! Expand the playoffs to sixteen teams, every other division in football does it.

The tarheels played a pretty solid game for ~3.75 quarters, and just missed a couple of catches that might have changed the outcome. I feel like the final score doesn't really reflect the game that was played, but congratulations to A&M. That was a heck of a contest.

Thank you, sir. It was definitely a heck of a game, and certainly could have gone either way. I thought Mack Brown represented UNC well both before and after the game. He's one of those formerly hated rival coaches that a lot of Aggies now really like.

Oh, and everyone should see this: