I guess if all you care about is money and the Saudi check is bigger than TNT and the endorsements combined, there's your answer.

What a way to live your one life.

"Everybody's making up words like 'sportswashing' and 'dirty money.' I'm like, listen, if you play sports, we all take money from some sources you might not love or appreciate," Barkley said Thursday. "I don't want to be a hypocrite. These guys [LIV golfers] are trying to make a living. I wish them nothing but the best. Same thing with my friends on the PGA Tour. But everybody is just kinda like trying to play the moral card.

"For some reason, everyone wants to place selective outrage," Barkley said. "I'm never going to let that happen on my watch." 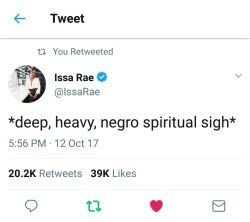 All money is dirty, so I am just going to take the most and dirtiest as I can.

Edit: Sir Charles backing down, will stick to basketball.

Maybe they'll get Trump instead.

WWE needs a new ringmaster. Put him out to pasture over there.

This is actually a bit complicated, because the PGA is desperately attempting to maintain something of a monopoly on the sport, clearly. However...

Do the LIV players have a chance to prevail in court?

One of the challenges for the LIV Golf players, according to Craig Seebald, a partner and antitrust expert at Vinson & Elkins law firm, is proving injury. Many of the players who left the PGA Tour for LIV Golf received guaranteed signing bonuses of between $100 million and $200 million.

"Normally, when you're representing plaintiffs, you say, 'Oh my God, our plaintiffs are so hurt. They're so injured. They're going out of business," Seebald said. "But the allegation in the complaint is that to get these players across the transom to be part of LIV, they had to overpay them. They were surprised they had to pay all these upfront payments to get people over. I guess they're saying that makes it hard in the long term for them to be viable, despite the fact they have the Saudis giving them millions of dollars."

Seebald believes it will be difficult for the three LIV players seeking temporary restraining orders to participate in the FedEx Cup Playoffs to get them. Seebald did note that the Northern District of California is a popular choice of venue for antitrust plaintiffs. It's the same court that essentially blew up the NCAA's amateurism model in the Ed O'Bannon case.

"I think the chances are pretty slim that they're going to do that [issue a restraining order]," Seebald said. "This is essentially a money case. I think the court would say, 'Look, we can sort out the money later. This is a big case.' The judge might not want to just kind of jump in without knowing many of the facts before doing something that extraordinary."

Horschel, a member of the PGA Tour Player Advisory Committee, also wondered how the LIV Golf players could argue they were injured after receiving lucrative signing bonuses and competing for $25 million purses.

....like, just so clearly, so much of this on the LIV player's part amounts to "I should be able to do whatever I want without repercussion and facing repercussions is a violation of my rights."

It's almost like these millionaires have convinced themselves they are the real victims.

I wonder where golfers, the most traditionalist of sports, learned this type of behavior?