The Patriots defense has been really impressive this year, and the fact they've played an endless series of XFL-quality QBs has nothing to do with that in any way, shape, or form.

The TV coverage maps are out. Check to see if you're lucky enough to get WAS-MIA at 1 p.m. Sunday. Chances are it's a no - only DC, VA and SoFla are getting the Trash Bowl.

I thought central NC might be looped in because we still have lots of DC fans in the area. (The Venn diagram between NASCAR Fan and DC Football fan is almost two overlapping circles.) But nope - we get the Eagles and the Vikings. Boo.

Even CBS recognizes the geography of Minshew Mania.

Ooo, I get Trash Bowl. I need a good comedy after this week.

If there is any justice in the world the Washington/Miami game will end in a tie.

Honestly, I think I would prefer the Jax-NO game.

Would get to watch Teddy at home but I'm stuck in Nashville this weekend.

Honestly, I think I would prefer the Jax-NO game.

I hate watch enough sports as it is.

Don't forget, y'all: We have Breakfast at Tottenham on Sunday. Panthers-Bucs at 9:30. Cam's still out, and Carolina might have to play their third-string LT, and Kyle-Not-Josh still fumbles when he's touched so this could be a wild one.

Not last week! Sacked him 3 times! Including by a Josh-Not-Kyle Allen!

Yeah, that should have been there. Though I'm worried that it's not going to be the pants-on-head display of sheer incompetence that we're all hoping for.

Case Keenum returns to the starting lineup, and aside from throwing 3 INTs against Chicago, he hasn't been awful. Actually had them reasonably competitive in games against the Eagles and Cowboys to start the season. There's still a lot of talent on that Washington defense too, even if Ryan Kerrigan is getting steamrolled in the run game. Jonathan Allen is working his way back from injury and seeing his snap counts increase, which should help.

I'm still waiting for Miami to pull a Major League and start winning to spite the people upstairs. Though Stephen Ross is no Margaret Whitton

Couple of videos for your Friday enjoyment

JT O'Sullivan breaks down Daniel Jones's 3 INT throws, with some pointed criticism towards both Jones and Pat Shurmur's scheme on these plays:

Brett Kollmann eviscerates the Falcons defense, with some head-scratchingly bad plays to back up his criticism: 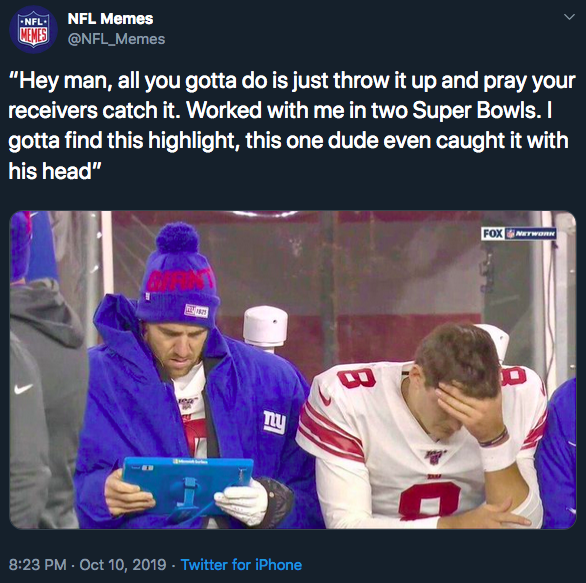 Not last week! Sacked him 3 times! Including by a Josh-Not-Kyle Allen!

My Allen did fumble once last week. Your Allen Jag'd it up and didn't jump on it.

That said, K-N-J didn't fumble every time a Jags player got close. Progress!

Unrelated, Legion: Thanks for those vids. (Ha, ha Falcons.) Do you ever listen to the Robert Mays/Kevin Clark (from the Ringer) NFL podcasts? I think they're a good podcasting duo. I'm a big fan.

They should have put Eli in for old times sake

Unrelated, Legion: Thanks for those vids. (Ha, ha Falcons.) Do you ever listen to the Robert Mays/Kevin Clark (from the Ringer) NFL podcasts? I think they're a good podcasting duo. I'm a big fan.

I used to listen to a lot of podcasts when I had a commute, but now that I no longer do, I rarely listen to any. Some podcast material now also gets videoed and ends up on YouTube, and I see a few there. I haven't given The Ringer's YouTube channel a shot yet, but I do see the site's text articles in my RSS reader.

They should have put Eli in for old times sake

I honestly don't understand why Eli Manning isn't the starting QB for the New York Giants right now. I thought that was the whole point of still having him on the roster. Let Jones watch and learn and start getting some reps towards the end of the season. Gettleman was talking the Aaron Rodgers Plan, ferchrissakes. Eli then plays one decent game (where the defense got shredded) and one bad but not disastrous game, and it's throw-Jones-in time. Instead of the Favre-to-Rodgers Plan, they did the Luke McCown-to-Gabbert Plan.

Why keep someone to be the backup QB with a $23m cap hit, when you could have gotten rid of him gotten about half of that back? The team has basically no free cap space to roll over next year, but getting rid of Eli would have freed up $12 million that could have been saved for rollover.

Wait, did you guys watch any of the recent Giants games? Jones opens up the playbook much more than Eli and this is coming from an Eli fan. Yes, Eli is an $$ backup now but I am only looking at it from a player perspective. Jones is the future and the way he has been playing, has a bright future ahead of him. I don't understand why the Jones hate?

I think you misread that. Eli's cap hit is hamstringing the team and this is after Gettleman said that Jones was gonna sit. And then Eli plays not quite horribly enough to be benched and was benched.

Exactly. If the point of keeping him was to ease Jones in, Manning didn't play nearly bad enough to abandon that plan after only 2 weeks.

If they wanted to play Jones early, then why keep Eli in the first place?

More to the point, at any time, they could cut Eli and clear up millions of cap space that could become 2020 rollover money. That clock didn't run out just because the season started. So every single day, they are making the decision to forego that money in order to keep Eli on the roster and riding the bench. Every week that Eli receives a game check, the money the team could free up reduces.

It's like they chose to have the worst of both worlds. Throw the rookie in immediately AND keep the expensive veteran and get no cap relief.

And I mention rollover because, while they wouldn't do anything meaningful with additional cap space in the 2019 season, this rebuilding roster sure could use an additional ~$10m of cap space next year.

Thanks for clarifying, I misunderstood what was stated and agree that it's a baffling move keeping Manning around and then making the switch to Jones. I have a feeling ownership had a hand in this but who knows. As much as I like Gettleman's drafted picks and scouting, his personnel moves make me shake my head.

Eli is the most expensive tutor going while also not taking the snaps aka life threatening damage.

Wonder if he has any at all trade value now at the later deadline. Week 7. Josh Allen goes down ugly. What's the trade market to move Eli to the Bills. No one is signing Kapernick and Flacco still has a job.

Wonder if he has any at all trade value now at the later deadline.

Even if they could get past that hurdle, then there's his cap figure. I think the cap number for the new team would be in the ballpark of $9 mil, and about half the league either can't fit that at all, or it would be very tight. Then when you take away from the remaining teams the ones that aren't in a competitive position where they would spend a draft pick for a Rent-a-Manning, the list of potential suitors gets pretty small.

The time to pursue a trade would have been in the offseason, probably during draft weekend right after the Daniel Jones pick. Get someone on the phone that's interested in Eli, then get that team on the phone with Eli to convince him to waive the NTC and come to their team.

The only viable move is release, and they don't seem willing to do that. And the return for doing it gets lessened by the week.

As for Daniel Jones himself, I guess let me be clear on where I stand with him:

I don't think he is playing particularly good football at this stage of his career. I think he is making the kind of mental errors that were supposed to be downplayed given the coaching he received in college by David Cutcliffe. He was pitched as being more seasoned than this.

I think despite people pointing fingers at his surrounding cast, he is getting more help than people are crediting. The drop percentage of his receivers is 2.1%, the second lowest in the league, meaning his completion percentage is getting a lot of help from the pass catchers despite it still only reaching 60%. As for his offensive line, PFF has graded them 11th best at pass protection through 5 weeks. They calculate that Jones himself is responsible for the 4th most pressures of any quarterback.

I think the Giants' scheme is not helping him at all. He has a significant gap in terms of his intended air yards vs. his completed air yards. In other words, his average pass attempt is traveling far (8.7 yards, 14th farthest) but his average completed pass is traveling very short (4.9 yards, 8th shortest). A discrepancy that large is an outlier, usually reserved for a passer like Roethlisberger whose attempted air yards creeps up into double-digits. This discrepancy was re-framed in my head based on what we saw in the JT O'Sullivan video on the INTs, where O'Sullivan was bemoaning the lack of any checkdown option on 2 of those 3 passing plays. Also, 31% of his pass attempts that are into tight coverage, highest in the league (and would be higher than any QB from the past 3 years - as far back as NFL's NextGen stats goes). Is he attempting all these aggressive, failed longer range passes because he wants to force things, or because the playcalls don't give him any fallback options? Feels like a lot of it is door number 2.

I think Jones has some tools that could coalesce into a good player, and I don't think 2019 is going to be the sole determination of Daniel Jones's career arc.

I think even though 2019 Daniel Jones is probably better than 2019 Eli Manning right out the gate, it still might have been better for Jones' development to come along a little more slowly.

I think spending the 6th overall pick on him was too high, but that is only relevant to assessing Dave Gettleman, not Daniel Jones. 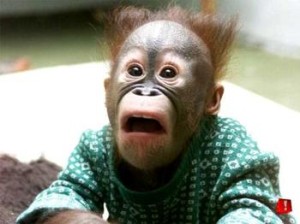 Jags in those beautiful teal jerseys with white pants

Trash Bowl living up to the hype!

I refuse to believe that this Cleveland lead will hold.

I refuse to believe that this Cleveland lead will hold.

*checks stats of the London game*

Another hilarious Jameis Winston game, have to watch some highlights to see the comedy in action. It's the full Winston experience; have a few good weeks, implode, rinse and repeat.

Yes, I could find a stream or something but I don't care enough to do that.

The combined records of what I have available to watch is 3-15. Was-Mia and Cin-Bal.

Luckily Galaxy Quest is also on.

Looks like the names of the heroine and villain, respectively, of some fantasy novel. 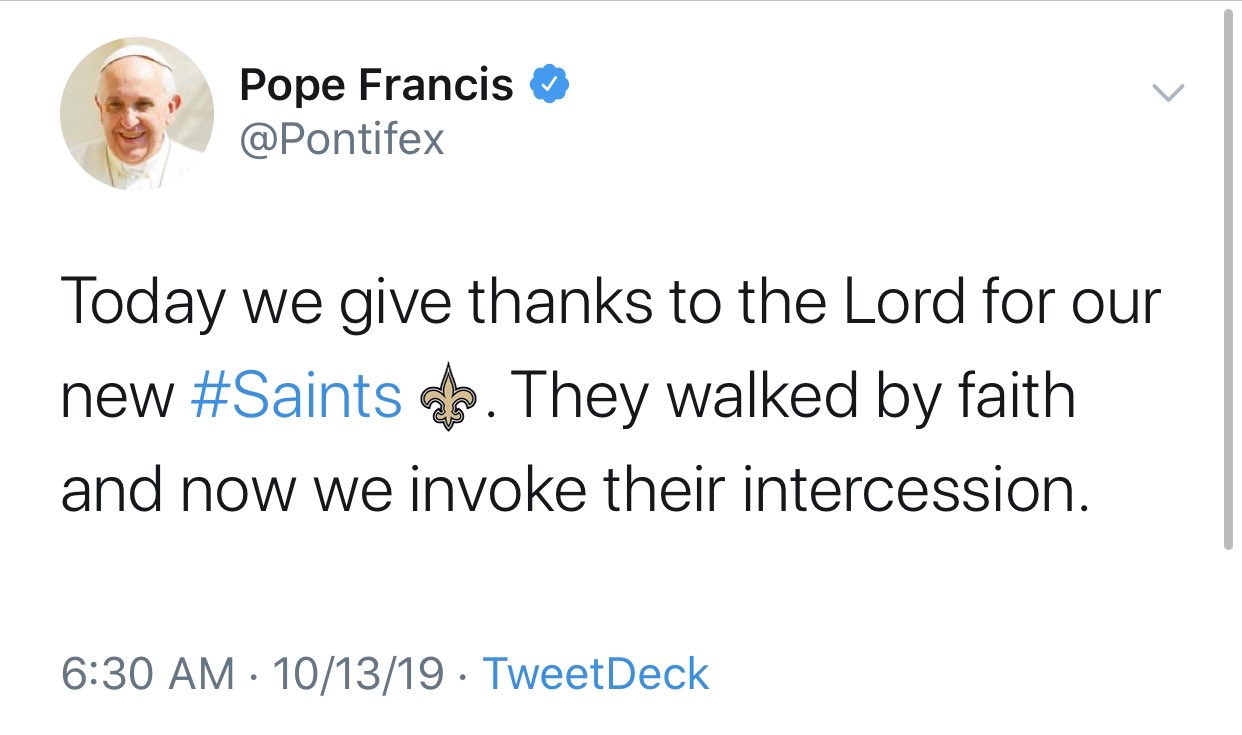