Why can’t we have games on national tv every day during regular years? This has been awesome.

Van Gundy The Younger was pointing out yesterday that no travel has really helped players with their rest and it's showing in the offensive production.

My wife is a basketball fan, but she’s been entranced by these bubble games. Her theory is that players like Michael Porter Jr., Gary Trent Jr. and TJ Warren who are suddenly lights out are benefiting not only from not being on the road, but not being out at clubs, etc.

It’s just night and day some of the players in the bubble.

Can you expand on travel as the reason?

During a normal season there are games almost every night. They play one on NBA TV every night. Why not put one on cable every night? I feel like this situation shows that there’s an appetite for it, and I feel like the brand visibility gained would offset the potential losses in NBA TV subscribers (which I don’t think are great anyway).

Two nights a week just seems low for the demand.

I read your first comment to be more about the volume of games being showed each day, not that there was a game available to be nationally televised each day. Also, I read the greatness of the games comment to be directly in line w/what I heard J. Van Gundy say a day earlier; no travel, all rest, leads to amazing displays of athletics.

As for why games aren't being shown nationally more during the week in Regular Times, my bet is this has a lot to do with operations and (TV) licensing.

ESPN has games (after the All-Star Break and post-football season?) on Wednesdays and Fridays. Those are typically doubleheaders. They intermittently have games on Sundays, too. Sometimes one or two games.

TNT has Tue/Thu (right?). Those are also doubleheaders.

For those of us on the Best Coast, those games often start as early as 4pm which means we can't watch them because we're working.

That leaves Mondays, Saturdays and sometimes Sundays without a nationally televised game (again, not counting the obscure NBA TV which only seems to be available on the most elite version of a pay cable subscription and cannot be accessed via a $3-4/mo fee).

(In the last couple years I have seen ABC push more Saturday primetime games but those appear very hit-or-miss and not a Sunday Night Football-level event.)

Add to this the local television deals. For example, the Blazers RARELY get on the national schedule because, as an 8-9 seed well below .500, they don't warrant that level of attention. But every game of theirs is broadcast on the regional sports network...that is also behind the most elite tier of cable subscription. And nobody but Boomers actually buy those anymore.

League Pass gets around a lot of this, except for the regional sports network stuff. So, even tho I'm more than 100mi away from the Portland area, I still can't stream Dame Time with a League Pass sub...which stops me from getting one. Every. Time.

So. 100% focus on the game (see: Clubs, No) + no cross country flights + good sleep + every game shown = amazing product showcase.

To Blind_Evil’s question, though, there’s nothing stopping TNT and ESPN from scheduling national games every single night other than possibly protecting League Pass and local TV deals. I hope they consider it in the future. It’s really fun having games on every day.

I think that's exactly what is stopping them.

If I'm NBATV exec or regional sports exec, no way am I signing a contract that includes, "Notwithstanding the terms of this agreement, the Association reserves the right to allow its larger partners to show games every day as they see fit." I'm walking because why would anyone buy my sports package if basic cable (a pre-req for getting to my tier) is going to offer the product?

ETA: Regional sports network exec may be less convinced by this if their numbers show that local hardcore fans are the ones who buy them and the numbers don't change regardless of what is happening on the national TV schedule. But the NBA is not MLB, which is decidedly a regional sport (in part because of the supremacy of regional TV deals).

They only got to play 71 games. Every other team in the bubble played 72 or more.

They only got to play 71 games. Every other team in the bubble played 72 or more.

I'm looking at the schedule now and total games.

I'm not for putting * on things but ya that's kinda a good reason to.

Yeah because of the stoppage, schedules are unbalanced for regular season games. Spurs play 71, most play 72 or 73. Dallas plays 75.

And yeah then there's the 8-9 play-in. 9 seed has to beat the 8 seed twice to get in, or the 8 seed just has to win one of the two games to keep their spot.

The 4 games tomorrow have no playoff impact.

How to beat the double team.

That the ball right there. And Dame got it.

He gonna shoot it from the NBA.

Also a good time for one of ESPN's best commercials of the last few years:

It is pretty crazy. If they could play any defense at all they would be super dangerous instead of just super entertaining.

Yeah Memphis ran over them a couple times today. 15-2 to start the 2nd, and had a lead until McCollum got hot in the 4th. I look forward to years of Ja Morant, as he gets better and better.

And holy crap, games not conflicting. From 130 to 1130ish, playoffs all day every day!

I’m going to be so tempted to have a window open to the NBA all day tomorrow.

I hope the NBA keeps playoffs in the summer. I always felt like summer was basketball season growing up.

I know it was designed as a game that could be played inside a gym in the winter, but I think most kids grow up playing on outdoor courts and get more playing in over the summer. It can be hard to get gym time.

The Raptors winning their first game in the playoffs?

We truly are living in unprecedented times.

I think the Magic took game one last year against the Raptors too, no?

I think the Magic took game one last year against the Raptors too, no?

Not while missing their top players. No switch was thrown by the Bucks. Only hope is they have a similar bounce back to what Toronto had last year. Very humbling and disappointing performance by Milwaukee.

Kind of a blah game but a good fourth quarter. Good level of play from both the Lakers and Blazers finally.

Perhaps a wake up call for both number 1 seeds today. I think the Lakers missing three good players is going to have a real impact on their playoff run. 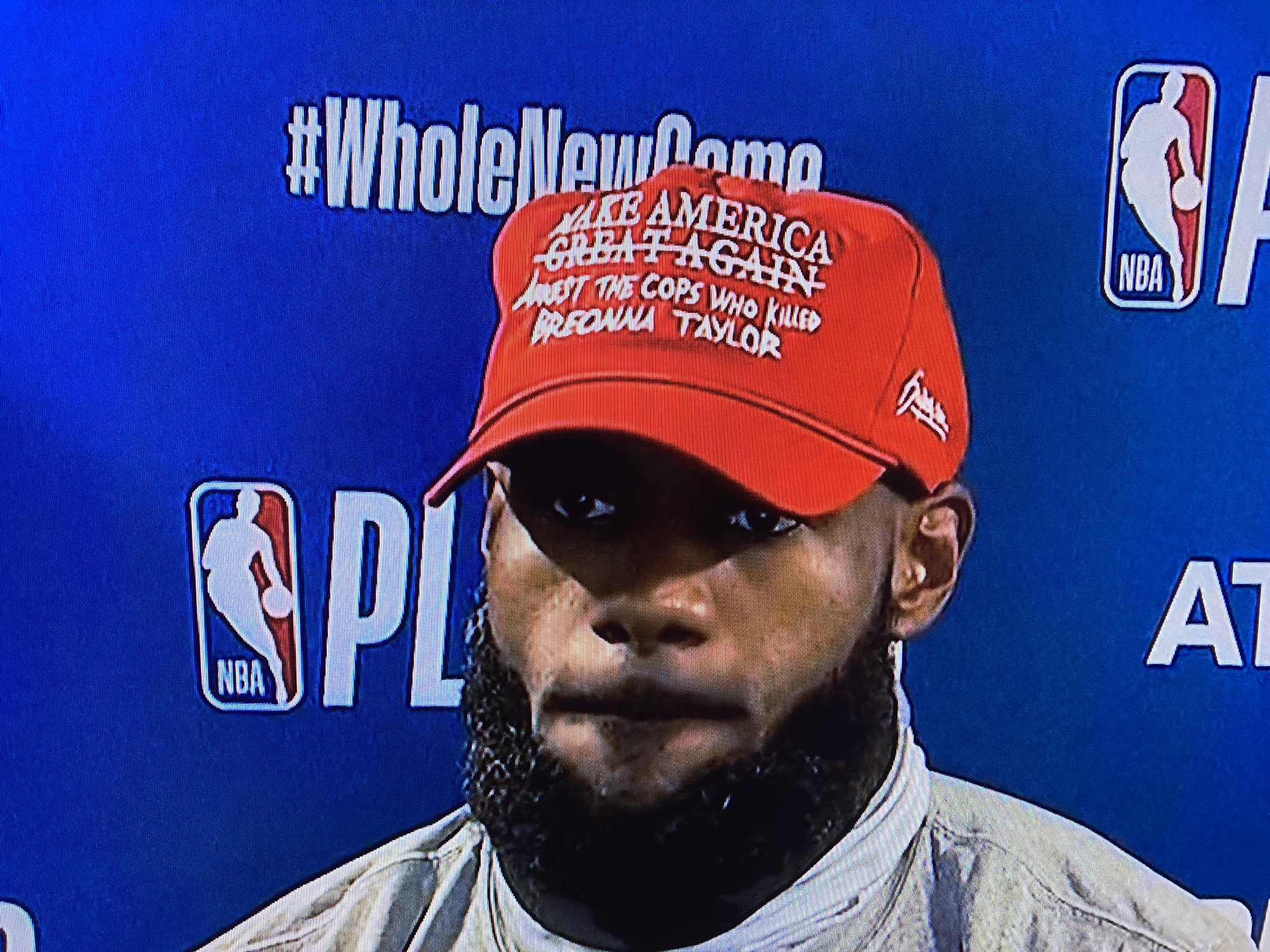 God nothing would make me laugh harder than Dame getting his first title in the bubble.

Dame is my favourite non-Raptor. His entire existence is to make life miserable for every other player. It's glorious. I would be the happiest man if he can upset the Lakers.

Raptors lost game 1 to the Magic last year on a last second deep 3. Ultimately the game shouldn't mean anything for the Bucks but they've shown some fragility in the past.

Dame is the greatest Blazer. I never thought I'd love someone more than Drexler, Kersey, Porter and Brandon Roy, but he's a stone cold competitor and a brilliant mind. I loved his post-game interview, notably the explanation that his jig on the court in the 4th quarter was for the "East Oakland anthem".

Jazz rolling in the 3rd today.