This week Shawn, Julian and Sean are joined by Greg Decker to talk about all the time we put into games before we're even playing them.

Oooh! New rig! Pre-built or your own creation Julian? I'm looking to make some updates myself and absolutely love the build process.

OK, so as Shawn requested I'm copy/pasting my way of selecting on what to play next, although would love to listen what Sean would have to say about it ;D Here it goes:
----------------
So me, as being and Team Lead/Scrum Master at work, decided to organize my gaming routine.

RECENT EXAMPLE:
* I just finished God of War: Ascension and was looking for something to play from my backlog
* I'm currently playing Final Fantasy IV, so that is 4 GP
* I could start a 1, 2 or 3, BUT I pre-ordered Sekiro which I estimate is a 2 maybe 3
* If I would start a 3 now this could lead to a situation where I have too many games ongoing and could lead to all kind of bad stuff (games not finished, gameplay or story forgotten and hard to get back)
* I decided to play Max Payne 3 which is a 1 GP, that could be finished before Sekiro lands or finished easily while it is already here

So why arent you all in the GWJ Path of Exile guild?

I spend lots of time preparing for games sometimes. Arpgs are certainly some of those cases, reading up on the finer details of systems. Same with some rpgs, such as Pillars of Eternity or Pathfinder, reading and thinking about builds and strategies.
And for modding, I think I spend 15+ hours modding (and reading about modding) TES Oblivion a few years ago. Not because it was fun, but because it was freaking hard.

I really try to avoid reading about games before the release though. Mostly for spoilers, but I’d rather also just the game shows up some day than impatiently waiting for it.

My father always says half the enjoyment of a holiday is the anticipation. The same can be said of many things including games. I find myself less excited these days as many games are effectively known quantities but there are still a few look forward to.

The Time We Play Before We Play

I'm exceptionally good/bad for this. To the point that i have to intentionally make myself not dig into every nitty gritty before a game even launches.

I'm constantly reading/watching forum/videos on meta for all the different games i play. Not even to try to emulate them as much as to be aware of what people are doing so i can easily identify it when i see it in game.

The new update for PoE came out at the wrong time or i'd be elbow deep into it as well. Probably still will if it's in place once i take a break from Div2.

With MMOs... forget about it. I'm all in almost constantly from announcement to launch.

This desire is also what feeds into me wanting to jump into alpha/beta/early access as well.

Resident Evil 1&2 was on PlayStation 1 ! Up there with Silent Hill and Metal Gear as the best PS/1 games all time.
Resident Evil 3 Nemesis was also PS/1 and then Res 4 was PS/2.

Julian, is this you?

What was the intermission song for this episode? I liked it.

I’m definitely more in the camp of Decker and Andrich. For some reason the more I know about a piece of media that I’m anticipating, the more disappointed I tend to be with said media. This has worked in my favor in regards to the newer Star Wars films. I would have probably been supremely let down by those films if I had allowed myself to obsess about them before I saw them.

But another reason I put myself on blackout for certain anticipated media releases is that, if it’s something that I’ve already decided that I would consume, then it’s best for me to go into it completely open minded. Star Wars movies are a good example. I’m not going to skip a major Star Wars release. EVER. So why risk poisoning the well before I’ve actually seen the movie. The Han Solo movie is my least favorite of the new batch of Star Wars films. But you know what? I really enjoyed that film. I’m not sure that I would have enjoyed it if I had paid attention to the online hype machine. I can say the same about Rogue One. Hell! Add Episode VII AND VIII to that list as well. I loved seeing these movies in the theatre with my family.

I'm not really someone who goes in for superstitions but, as a teenager, I did have a hard rule when it came to movies: I never put up a movie poster for a movie until you've seen said movie otherwise it'll suck. You can probably guess how that rule came about.

I was thinking I didn't really partake in much 'out of game' activity in relation to my favourite games but I was forgetting my ongoing habit of making video clips of memorable single player and multiplayer moments. I've refined my system for creating Uncharted multiplayer clip compilations but it still takes up quite a bit of time and, even though I try to tell myself I've created enough bloomin' videos, I still trawl through all the footage after every series of matches assembling general compilations or compilations following a theme like close calls, team work, revives, etc.

My latest video is always my favourite so, in that spirit, (and also to show the multiplayer companions mentioned last week (the heavy has other voices than the Child's voice apparently)) Here's my latest.

The times I play before I play depends on the game and why I want to play it.

If it is a "systems" game meant to be played over and over, I will deep dive into it and pre-load as much information as I can so I can hit the ground running. Even between sessions I will continue to dig at it. Factorio, POE, EU4, Stellaris fall into this category. For EU4, I want to dig into a country I want to play, read strategies, decide what sort of game I want to play. Factorio I want to have an idea of what I want to emphaisize: bots? trains? any mods? if so, which? For POE, what build sounds cool? How much do I want to engage with the league mechanics?

And of course, this varies by my mood. Sometimes I just want to play and so will just dive in and read up later.

The pleasure I get from anticipating games has fallen off over time. I used to get very hyped: CK2 announcement had me very excited for it during its run up to release. But I've been disappointed too often and I cannot regenerate the excitement easily anymore. Stellaris is a great example and probably the last time I was truly excited for a release. One of my favorite developers making a game in a genre I had been wanting quite badly for them to tackle for a long time that turns out to not be all that great when released. When that happens a couple of times, you kind of temper your expectations. So, Imperator (made by the same devs in a genre I have wanted them to revisit for a long time) is something I am interested in but not all that excited for, as an example.

Being inconsistent means I will be excited for Victoria 3 though and devour every scrap of information about it.

The discussion about the time you spend playing before you play was great.

I found myself almost in a completely separate camp in that I wish I COULD go on blackout, but find I'm unable to with games I'm anticipating (cyberpunk 2077 for example). Honestly, I think that's what I gained most out of this discussion is the realization that I really don't like anticipation. It actually makes my day worse because I feel like I've done absolutely nothing useful with my time. Like I could be watching a show I enjoy, reading a book I'm working on, writing my D&D campaign, or playing whatever I've been working on, but instead I spent 2 hours looking up minor details on a game that will probably be completely changed by the time it releases. Maybe I've just been Molyneux'ed too many times...

The only ways in which I intentionally play games outside of actually playing them and don't regret it is if I'm looking up builds for classes/characters in MMOs or CRPGs or whatnot. Even then I don't really enjoy it. It feels like homework I'm doing to improve efficiency.

I played my first match of Apex Legends yesterday. The game is incredibly impressive. It’s fast, smooth, beautiful! But MAN do I need to study up. I probably never will, though. And I’ll probably never play it again. I’m simply not willing to spend that much time trying to GIT GUD.

I played my first match of Apex Legends yesterday. The game is incredibly impressive. It’s fast, smooth, beautiful! But MAN do I need to study up. I probably never will, though. And I’ll probably never play it again. I’m simply not willing to spend that much time trying to GIT GUD.

This is my problem with multiplayer in general, and battle royale in particular: it’s impossible to learn when the bulk of your time is spent watching a loading screen after you’ve died.

In regular multiplayer, you at least have a 50/50 shot of doing well. In battle royale your likelihood of success drops to 1%.

Is there a writeup of Rabbit's new PC anywhere?

I too read Tom Clancy novel before I played the game. 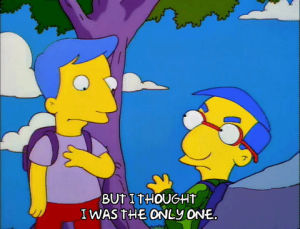 I too read Tom Clancy novel before I played the game.

I played Rainbow Six because I read the book.

The John Clark novels get the short shrift in comparison to the Jack Ryan novels, but at least they got turned into good video games instead of awful movies.

Is that PoE stream archived anywhere? I couldn't find it. It's supposedly from March 3.

Did you look on the youtube channel? Elysium usually uploads his plays there.

Did you look on the youtube channel? Elysium usually uploads his plays there.

Yeah, checked both, twitch channel and YouTube channel too. There are 4 videos on that YouTube channel where Sean play's through Synthesis, but I don't think that's what I am looking for. It may be it has not been uploaded at all.