I don't get it, what is wrong with the times? They look mostly like an hour off of the regular NFL times and don't seem that unusual to me.

The kickoff times aren't the problem. It's the "we're going to air minor league football on ABC and FOX and expect it to not be a ratings disaster."

That's what destroyed the league the first time.

Yup. So close! Someone has to see it almost actually worked.

I would think they'd get the best ratings on the four broadcast channels, since the biggest population has them. Where should they air them? Or are you saying more like the ratings won't be high enough to sustain what ABC expects for the time slot, but the same ratings on something like ESPN 2 would be just fine?

Local and ABC and Fox are usually showing infomercials around here at those times. It's got to be better than that

I would think they'd get the best ratings on the four broadcast channels, since the biggest population has them.

Broadcast network airtime is valuable, and expensive for advertisers. You have to pull in big numbers to justify being there. There's a reason minor league baseball doesn't air on ABC.

XFL teams and logos revealed. Perhaps it's because I've been replaying HBS' collection, but I wonder if the naming of the Seattle team was influenced by Shadowrun. If so, that'd make free agency deals with the Dragons a little complicated.

I mean, while the Atlanta Hawks were originally the St. Louis Hawks, St. Louis kind of already hates two Xhawk teams in the Jayhawks and Seahawks. I don't think it is a huge deal, bit it is the first thing I thought of. Well, besides that it is a terrible name, even with them seemingly going for random generic sports names.

Worse, they needed up choosing Jonathan Hayes as the head coach of the newly named Battlehawks. If you are a KC fan, you would love this. But in St. Louis, where they kind of hate KC, it's just weird when there are plenty of St. Louis names to choose from.

It's good for the Chiefs, in that it will continue the presence of positive Chiefs talk in town. They Chiefs have local radio, show their preseason games here, and we get all the games. It's slow going because St. Louis is more of the mind to hate the NFL right now than to choose another team. Announcing the new MLS team yesterday makes it an even tougher hill to climb. Maybe the Hayes hiring can generate some interest among the Chiefs fans here to help give the Battlehawks more fans at games, which could revitalize football in St. Louis, but it feels more like they gave fans in St. Louis a reason to ignore the team from the get go.

I mean, I'm going to go to some games and watch them. I was bummed that the AAF didn't come to the Lou, but, as it turns out, now we have a team in the only alt-league. The dreaded Battlehawks. sigh...

I think the Dallas Renegades are using a logo from the old EA NHL games create a team logos.

That logo also looks like the APF2K8 logo for the Bandits.

Looks like the XFL is starting work on their Professional Football RPG early. 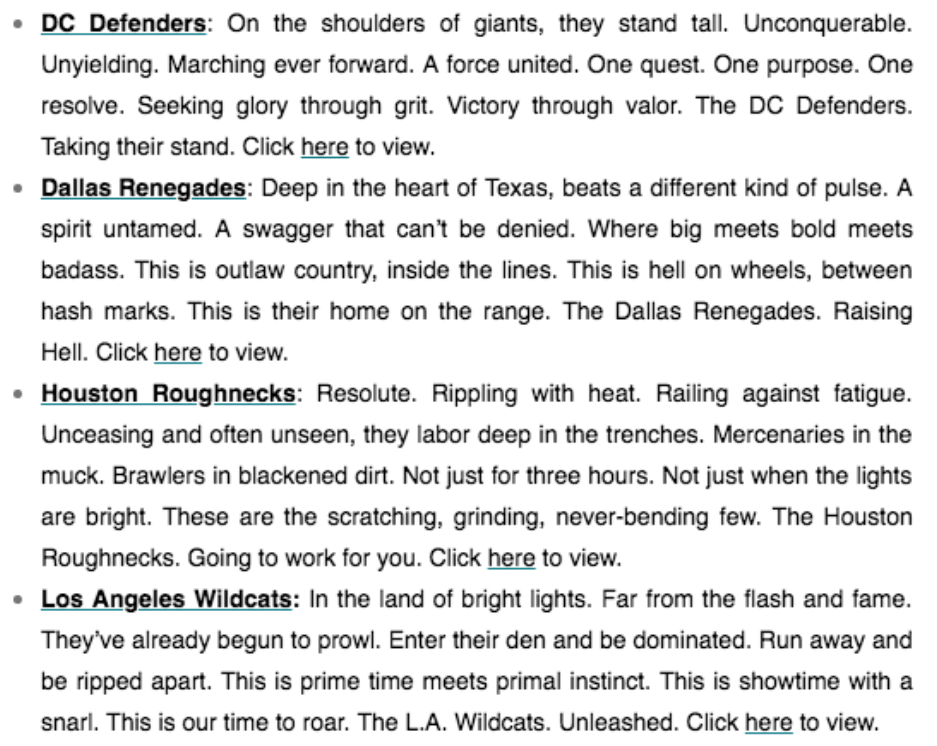 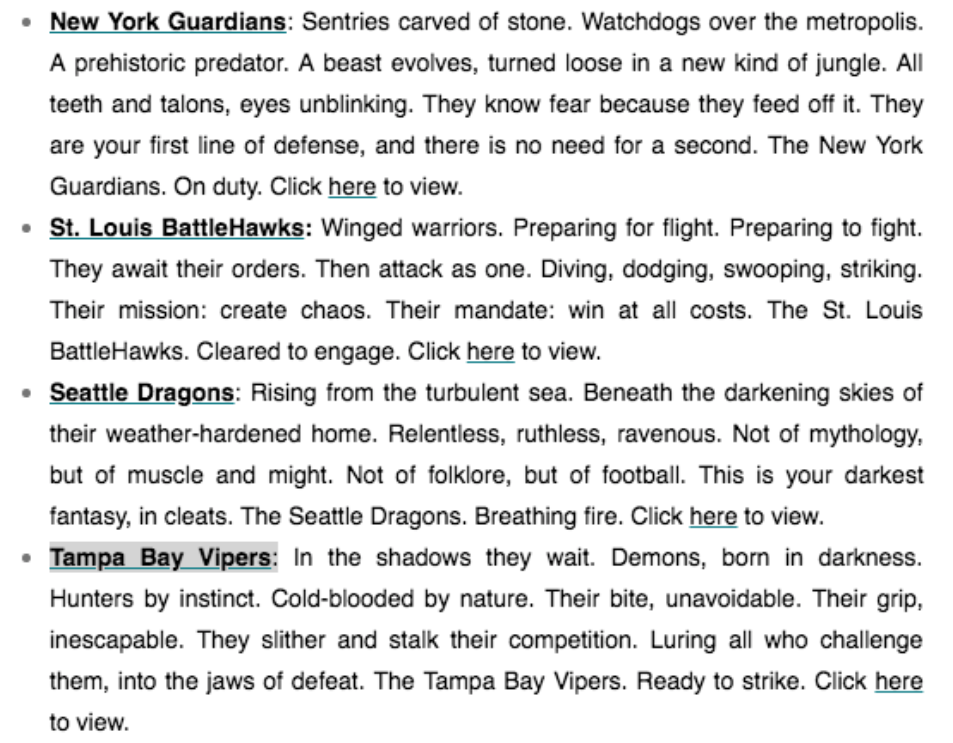 If Dallas doesn't play Styx's "Renegade" during their games, cancel the league.

If Dallas doesn't play Styx's "Renegade" during their games, cancel the league.

Well, let's wait and see how the actual football quality is. The original XFL did pretty decently on this front in the second half of its first season. Too bad that hardly anyone cared anymore by then.

PFF has a primer for perusal: https://www.pff.com/news/fantasy-foo...

I don't have enough of a gambling problem to play XFL Fantasy...

I was about to say, this isn't the 2nd xfl season. Nice thread takeover.

Holy sh*t they are still doing this?? Is He Hate Me a coach at least?

Unlike the rosters, the coaches are all people I’ve heard of. For the most part, they all seem to be guys whose coaching style is to just yell “ THROW THE BALL” over and over again.

For the most part, they all seem to be guys whose coaching style is to just yell “ THROW THE BALL” over and over again.

So they never worked with Jimmy Garrapolo? And I guess there aren't a lot of mobile quarterbacks in the league, too.

And, that's it. That is the entirety of what I know about the team.

PFF has a primer for perusal: https://www.pff.com/news/fantasy-foo...

Well, let me see what the New York team is all about....

As of now, it looks like Matt McGloin will open the season as the starter....

Maybe all the He Hate Me's of this XFL will get a shot in the NFL after the season's over.

I swear I started hearing Benny Hill music playing in the background of that game...

Hail to the 2018 Cheez It Bowl. Kneel before its Glory.

My god, it's like watching B-roll for a movie that needed non-licensed football footage.

I was also hearing Looney Tunes sound effects going off while watching.

f*ck, I might be rooting for Seattle. Because of the loose Shadowrun connection, obviously.

Just tuned in in the 3rd. Looks like pretty decent attendance. Football hasn't been terrible (from what I've seen) either.
People getting wide open more than one would expect though.