Hello, neighbors! Mike Chuck from TableTanked here. I'm very excited to be participating in GWJ's stream supporting Trans Lifeline this weekend! I have something special cooked up for my slot on Friday, Feb 1 from 6-8pm Central. I'll be holing up at the One Shot studio and playing an AI simulated Royal Rumble in WWE 2K19 featuring various community-created pop culture characters. Donors will have an opportunity to pick who they think will win the Royal Rumble for a chance to win some Steam keys!

What's a Royal Rumble?
It's a pro wrestling match with 30 entrants. You start with 2 wrestlers and as time goes on, 28 more will enter. Along the way, wrestlers will be eliminated by getting thrown over the top rope. Last wrestler in the ring is the winner!

Who's wrestling?
The roster is at the bottom of this post and includes various community-created characters from video games, cartoons, comic books, etc. Similar to the some of the characters in this Monster Factory.

Who's controlling the wrestlers?
No one! Just the wonky AI which guarantees some awkward shenanigans. However, I'll be commentating on the action along with Aaron Amendola from VStheUNIVERSE and Mel Fox from Get Hype and One Shot.

How do I enter? 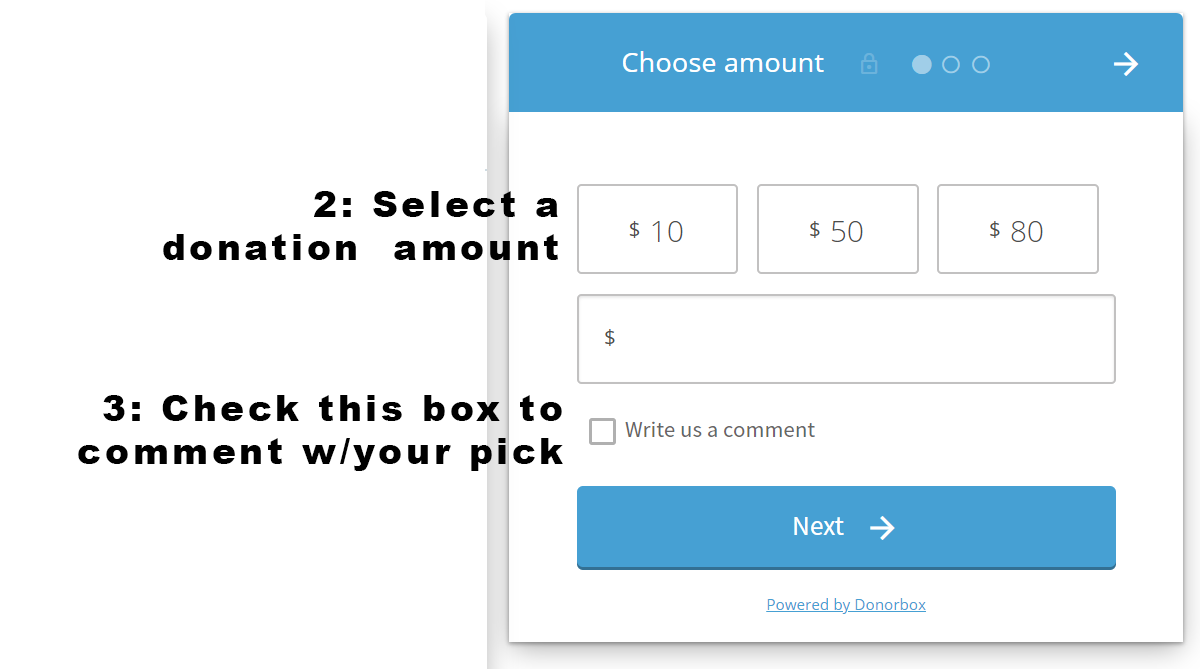 Just one entry per $10+ donor. But even if you don't enter, pick a character and cheer for them during the stream.

How do I win?
If your character wins, you and any other donors that picked that character will be selected randomly to win.

What do I win?
Steam keys for the following games:

What if no one wins?
We'll be keeping track of what order characters are eliminated. If the character that wins was not picked by anybody, we'll go down the list in order of which character came closest to winning until we find one that was picked by a donor.

Where do I watch?
On GWJ's twitch channel.

When do I watch?
Friday, Feb 1 at 6pm Central. Here's the timeline:

The 10 remaining characters will be posted throughout Thursday and Friday.

And hey, even if you can't spare the money for a good cause, no one is stopping you from guessing a winner here just for fun. Can't wait to see the roster!

For sure! Definitely pick a character either way and watch along. I just did a version of this for the actual Royal Rumble this past Sunday and it's a lot of fun!

Here are 10 of the community-created characters that'll be in the 7pm CST Royal Rumble on Friday:

I've added them to OG post above. More will be posted today and tomorrow.

The 13-year old kid in me says Goku is the winner.

What odds are you giving on Prime winning?

In my experience, Prime is an absolute monster in the ring and he has the stamina to go all the way (even if he is the first seed) but can be overpowered if people gang up on him.

That's funny. I would have said that large groups are no problem to him, but the one-to-one fights can get challenging...

Optimus's autonomic nature can get the best of him. He can work the crowd, but that leaves him open to attacks.

(I have run these things too many times.)

*Bob Ross hoists Ronald McDonald onto the top turnbuckle after slapping him across the face with a painting easel.*

*Ross powerbombs McDonald onto the mat, and into oblivion.*

John Carpenter's "The Thing" *IS* in the game, we just haven't tested to see who it is. Yet.

10 more have entered the fight!

Well I read "Mickey Mouse" as "Mighty Mouse" and think he should be in as well.

Crap, misread the donation instructions and forgot to put which character I think will win.

Raphael is my pick, since he was my favourite manic depressive ninja turtle growing up, and the subject of countless amounts of money put into arcade machines.

Unless Bob Ross becomes a real thing. Then he becomes my pick. Because that guy can beat the devil out of anything.

I've added them to the OG post. Get your donations and picks in before 7pm CST on Friday for your chance to win those Steam keys.

I’ve given it some thought and I think I’m gonna have to go with Gandalf. He gets tossed, he’ll come back as Gandalf the White. That’s two chances!

Dammit! You stole a joke I had in the chamber for the stream!

I'm putting my money on the one with experience in the wrestling ring. Spider-Man for the win!11!1!One! (And I wrote that in the donation comment)

As soon as I read the top post, this got stuck in my brain, courtesy of about 2006.

I also did not the read the instructions for my donation. I will get my Twitch handle to you later today.

My pick is... Stormtrooper! They’re inept at short range fires, worthless in a melee against teddy bears, and weak minded but they keep coming back for more pain!

Crap, misread the donation instructions and forgot to put which character I think will win.

Raphael is my pick, since he was my favourite manic depressive ninja turtle growing up, and the subject of countless amounts of money put into arcade machines.

I also did not the read the instructions for my donation. I will get my Twitch handle to you later today.

My pick is... Stormtrooper! They’re inept at short range fires, worthless in a melee against teddy bears, and weak minded but they keep coming back for more pain!

No problem. I got your picks written down and we can sort it out as we go. Thank you so much for donating!

From somtimesdee: Ronald McDonald is totally going to win the Rumble!

I am Aristophan and I choose Santa!

I always gotta bet on the dark horse, which in this case is clearly Pepsiman. Pepsi for TV game!

You joke but Pepsiman is hopped up on caffeine and that makes them unpredictable and a great contender.

My vote is for Elmo, despite the fact that he will likely snap and f*ck someone up bad enough to be disqualified.

Here are the current entrants:

From somtimesdee: Ronald McDonald is totally going to win the Rumble!

I am Aristophan and I choose Santa!