Sponsored By: A review code from the developer

People who fondly remember one of the Final Fantasy games having an opera in it should check out Yi and the Thousand Moons, which not only has an opera in it, but literally is an opera.

One of the best aspects of video games is how well they lend themselves to experimentation. Sure, people make music without melodies, or movies without plots, or books without coherent sentences, but most of those things require expensive degrees in various disciplines to allow someone to enjoy them. Video games, on the other hand, can try things that aren’t typically associated with video games and still be interesting for laypersons, because poking things to see what they do is fundamental to the human experience. 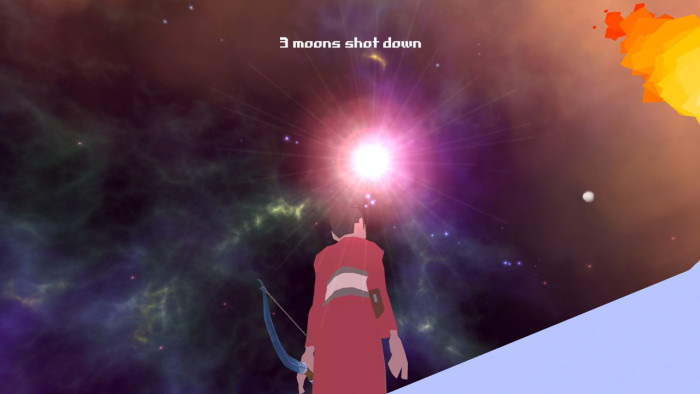 So it goes with Yi and the Thousand Moons, which is an original opera squished into a video game that takes fifteen minutes to finish. You play as Yi, a legendary archer, who is instructed by the gods to shoot down all the moons, and then must deal with the consequences of her actions.

The gameplay is not quite minimal, but near enough that you wouldn’t be faulted for thinking it was. You walk with WASD, and aim your arrows with the mouse. There is surprisingly little archery in the game, considering the title suggests a multitude of moons and that the most interactive part of the game involves shooting them, but that’s probably a blessing of sorts because there isn’t much interesting about shooting the moons. There isn’t much interesting about the gameplay at all, as it is. It’s more of what the gameplay serves, which is the opera. 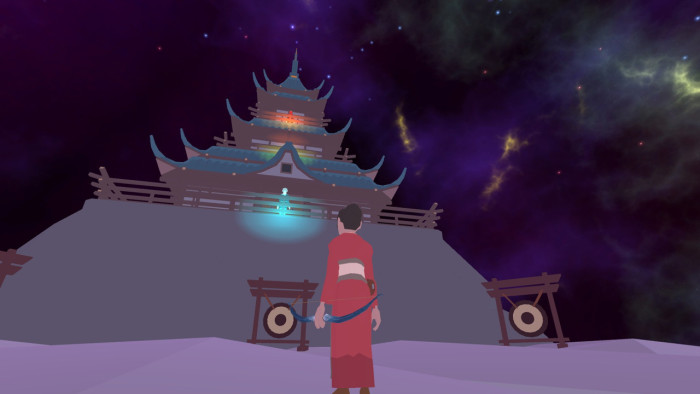 The story, which I won’t spoil beyond what I’ve already said, is comparable to most operas, which usually feature people singing in a romance language for ten minutes to speculate on what color hat their love interest will be wearing that day (mi chiedo che colore indosserà oggi il cappello di Giovanni.) and another twenty minutes to observe that they weren’t wearing a hat at all (che sorpresa! Giovanni non indossa un cappello oggi— see? Doesn’t it sound better in Italian?) . Yi and the Thousand Moons doesn’t mask its lyrical banality behind a Romance language, but all of the dialog does happen in song. The developers got professional singers and a real band to record all of the dialog and other music in the game, and to my untrained ears it sounds quite good. It has a very mellow, relaxing quality to it that would be equally at home as the background music at a fancy restaurant or some sort of spa where they put hot rocks on your back and charge you three hundred dollars.

I like the graphical style quite a lot. The models are simple, but used to an effect that convinces me it was an aesthetic choice and not a Unity asset flip. The design evokes simple wooden dolls, and I mean that as a high compliment. The lip syncing in particular is done well, eschewing 3D modeling for flat animated textures that compliment the art style and don’t force me to think about what a videogame character’s tongue is doing. 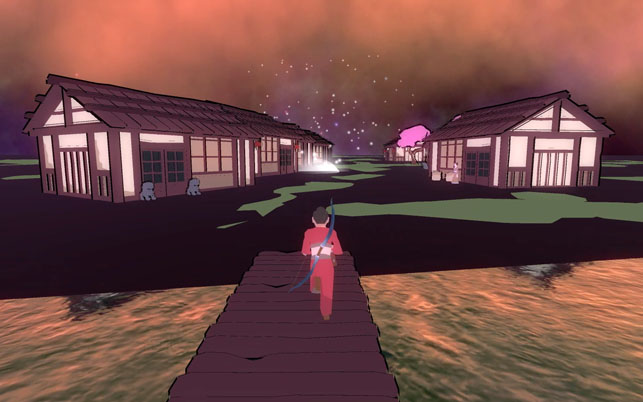 Overall, Yi and the Thousand Moons is an interesting experience that is more than the sum of its parts, but still very light on content. It’s worth experiencing, and I suppose it will make an adequate arrow in the quiver of anyone who still cares to argue that games can be art, because what else would this game be if it weren’t?

No, I think I’m done with Yi and the Thousand Moons. I’ve seen the story, heard the music and played what there was to play.

I can’t wholeheartedly recommend it to you, though. Normal MSRP for this game is five dollars, and you can get a lot more bang for your buck at that price point. I recommend either waiting for a sale, or considering it a donation to the arts.

Good heavens, no! The gameplay is barely gameplay, and the story is not merely explicitly stated, it’s given to you completely as musical exposition. There is nothing for the player to struggle against.

Again, this isn’t to say it’s not a worthwhile experience. I’ve said many times before that walking simulators have much to offer, and Yi and the Thousand Moons is a shade above walking simulators on the interactivity spectrum. But Dark Souls? No. Not even close.

Zero out of a hundred stanzas.