Sponsored By: Review key from the developer

You don’t have to be crazy to play Call of Cthulhu, but it helps.

Insanity is a legal term Review

I’ve never read anything by Lovecraft. All I know about him is that he invented a monster that looks like a malevolent Dr. Zoidberg, and it’s very popular. There’s also something about the fragility of the human mind, and a fatal compulsion, but that just means he’s Edgar Allen Poe with tentacles and worse lawyers. 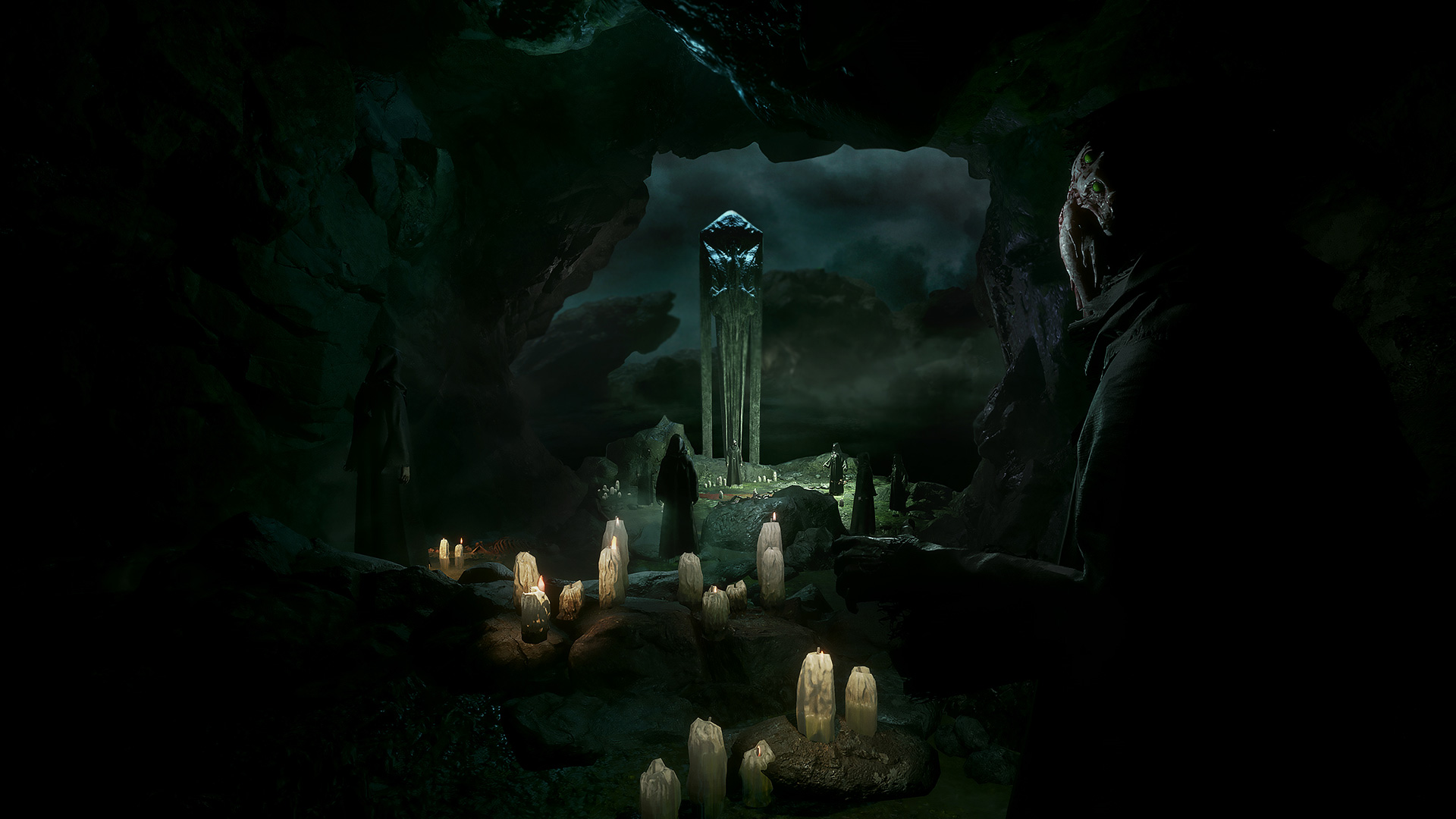 So you might say that I don’t quite grasp the appeal. I harbor the uncharitable suspicion that his work is only popular because it’s old enough that the rights are free (Public domain, you say? Now Cthulhu is the popular one!) and goodness knows nobody seems to know how to do anything new in the entertainment industry anymore.

Call of Cthulhu is the latest output of what a cynic might call the Disney Plan (Step one: Make a movie out of some free IP. Step two: Build a media empire. Step three: Save Marvel from itself) But don’t let my cynicism put you off. It’s quite good.

This might have something to do with the fact that it’s based on a successful board game of the same name. The core mechanics are pure RPG: Do stuff, earn experience points, buy skills, do more stuff (then save Lucasarts from itself too, while you’re at it). 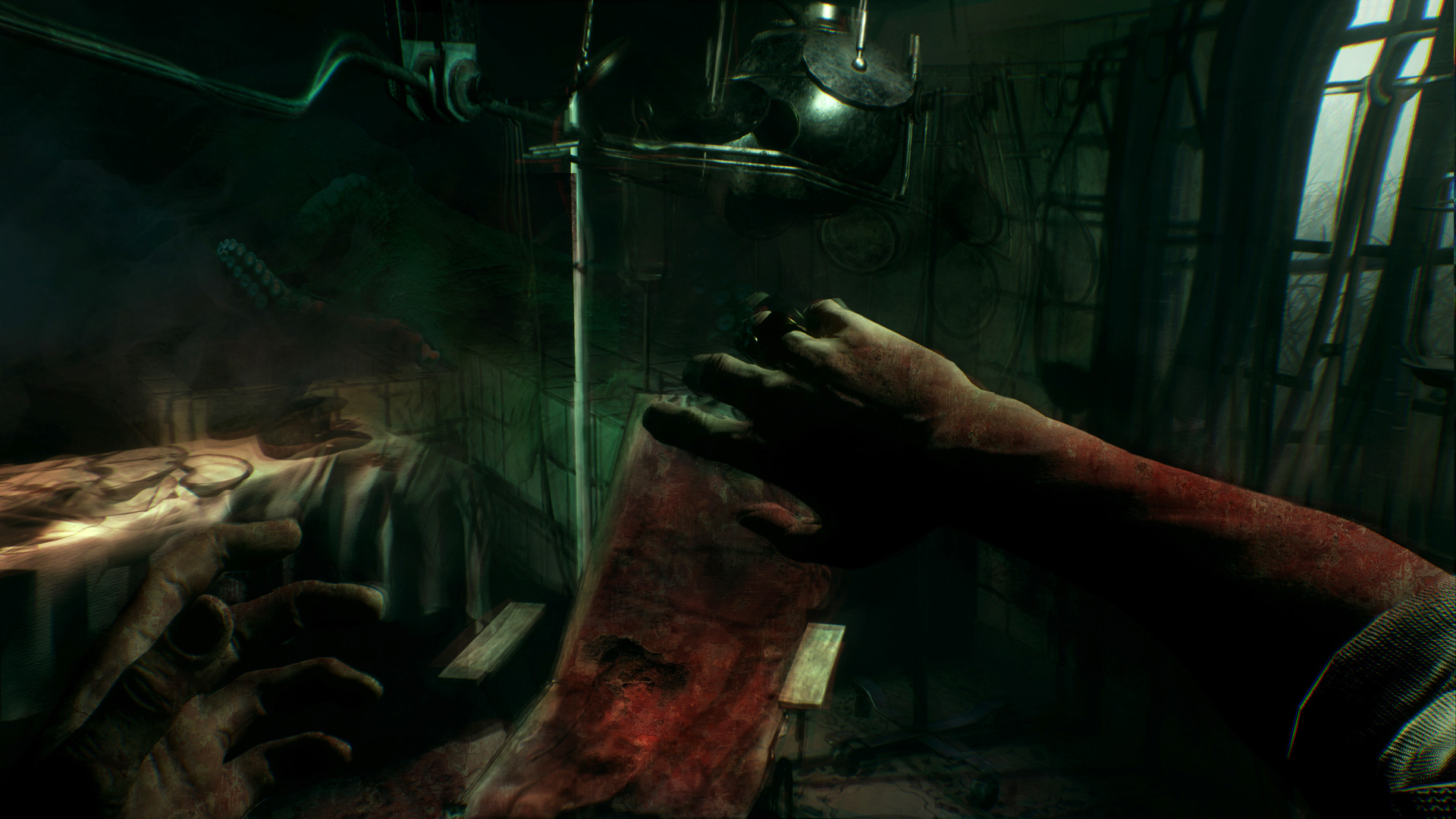 The game wastes no time setting up the sort of ride you’re in for. Your character wakes up hip deep in entrails, and you get to watch from a first-person perspective as he climbs out of them. Eventually you’ll find a lantern that is essential to the gameplay in an interesting way (more on this later), before stumbling around in some underground caverns and encountering some robed cultists without faces, doing something nasty.

The you wake up and find out you’re just a private detective in post-Prohibition era Boston. I didn’t actually realize the game was set during Prohibition at first. The game makes it explicit when the main character investigates a tavern and remarks with some surprise, and a dash of judgement, that Prohibition doesn’t seem to be functioning in the area, completely ignoring the fact that his office is so full of liquor bottles that his first client of the game calls him a drunkard.

As a private detective, you’re hired to investigate the mysterious death of a painter who is known for her use of disturbing imagery. Her home is located on a small island that is home to a dying whaling industry and a thriving bootlegging industry. All of these things will play off of each other in the expected ways, and they do a good job setting up a world full of interesting characters with their own motivations.

If you were to flip on a random Twitch channel featuring this game, you would be forgiven for thinking it was a new expansion for Dishonored 2. The whaling paraphernalia all over the place is one clue, but the graphic design sensibility feels very familiar. The characters in particular are craggy as R’lyeh, and they appear to have been modeled by sculpting human likenesses out of cream cheese and then hitting them with two barrels of birdshot at moderate range.

The game is played from the first-person perspective, and most of the early game revolves around looking for clues and dialog trees. I have yet to engage in combat, aside from that one time that the head of the bootlegging operations kicked me in the jam bags, but that was just a cutscene so it doesn’t count. There’s a health stat in the upgrade list (in case you forgot it’s an RPG), but so far I haven’t found a use for it. 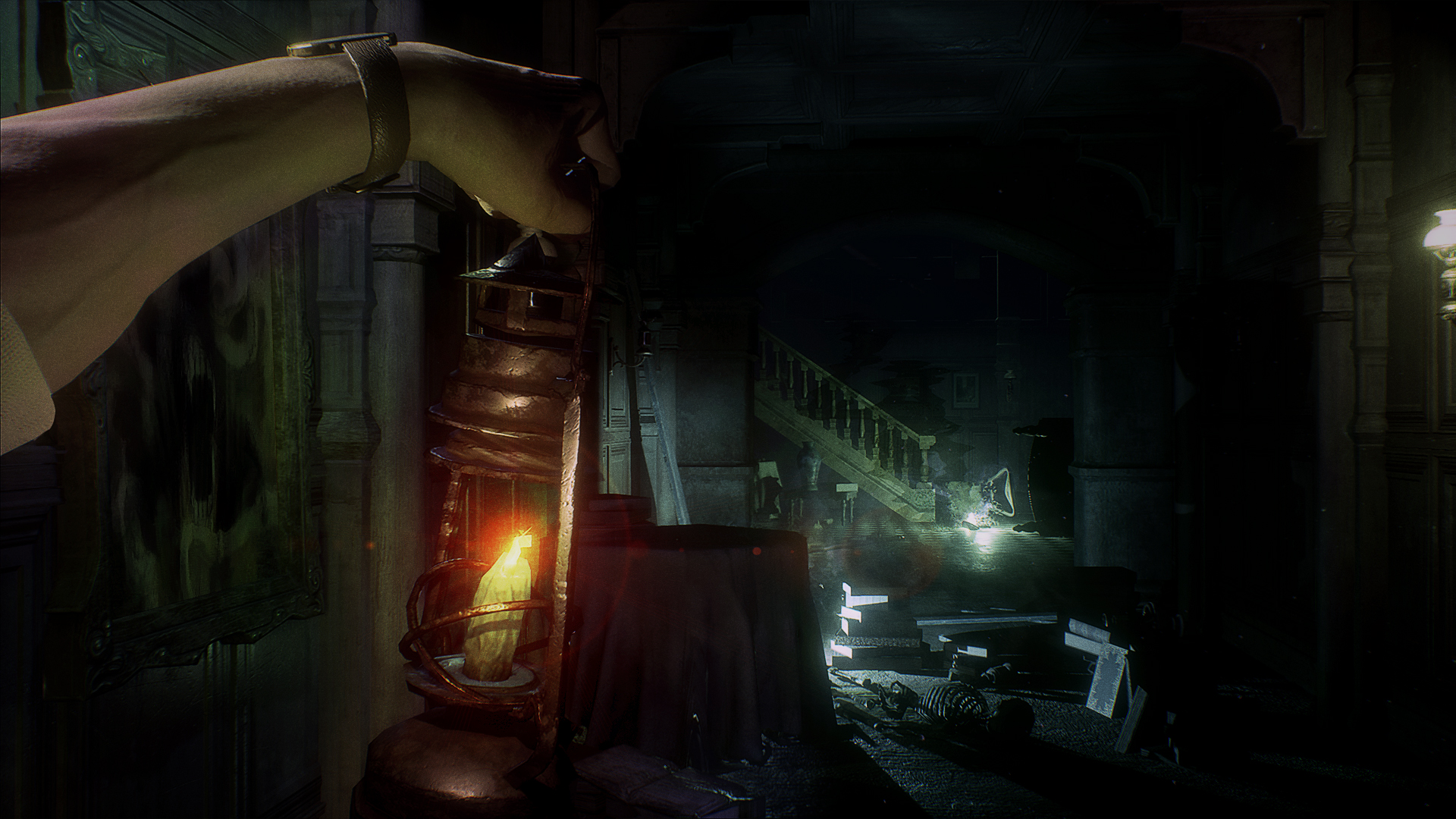 The most interesting thing is the darkness mechanic. Clicking a mouse button will cause your character to whip out some sort of light source. You start with a Zippo lighter, but I expect you’ll get bigger and more powerful lights later on. What’s interesting about it is the way they use darkness to hide things. A lot of games will simply obscure the visual appearance of an object in a dark place, but if you know it’s there, you can still interact with it. In Call of Cthulhu, if you can’t see it, it doesn’t exist. A pitch-black pool of nothing will remain a pitch-black pool of nothing until you shine light on it, at which point you’ll find whatever interactive object was in there. Remove the light, and the object may as well not be there. There’s no fumbling around with your crosshairs looking for an interactive pixel, you have to see it to use it. As far as I can tell, the light sources are infinite, so you don’t have to worry about running out of fuel for them, which is kind of a shame because it would add some strategy to using them. Maybe they cause you to break stealth later on, or otherwise introduce an opportunity cost to using them.

Then again, constantly searching for lamp oil in Amnesia was annoying and not fun, so maybe it’s better if they don’t.

Does madness ever end?

I will play on, just to see if Call of Cthulhu stands behind its promise. Time will tell.

Is it the Dark Souls of Games about darkness?

So far the hardest thing is figuring out which dialog tree options are one-way tickets. A lot of conversation-heavy RPGS will highlight which words will progress story or otherwise end a conversation. If Call of Cthulhu has that, it’s obscure enough that I haven’t noticed. What’s worse, there isn’t much hint of which conversation ending is a good one. Right now I can’t tell if the things you say have any bearing at all on the outcome of a conversation. They certainly seem to, but some options that seemed innocuous in text came out of my characters mouth much more aggressive than I would have thought.

That’s about the extent of it, though, and awkward conversations are just part of my daily life, so I don’t see anything particularly Soulsey about them here.

3 out of banana on the madness scale.

"3 out of banana on the madness scale."

I am adopting this rating system now.

Did you deliberately misspell "Cthulhu" as often as possible?

Did you deliberately misspell "Cthulhu" as often as possible? :D

Likely my fault for editing while on the road.

"3 out of banana on the madness scale."

I am adopting this rating system now.

The banana is for scale.

Did you deliberately misspell "Cthulhu" as often as possible? :D

Likely my fault for editing while on the road.

Don't tell them that! Let them wonder if it's really misspelled or if they're perception is just broken!

It's the most Chtuluh thing ever!

Just got a chance to read this but I'm adding this game to my holiday sale list. Thanks for the great writeup Thomas!