Why can't Microsoft put it on Gamepass for PC?

But it does sell GamePass subscriptions, which I think is more up Microsoft's alley these days.

My own guess is that it will end up on PC GamePass sooner than the 1 year period for consoles, but that's based on no knowledge...

Why can't Microsoft put it on Gamepass for PC?

Pretty sure the consoles are sold at cost or at a loss. Microsoft probably makes bank on the controllers though. The marginal cost of each additional copy of Windows 10 is super close to $0. Getting people to buy more copies of Windows 10 is the money maker in this situation.

Seems like having a 10/10 game available on PC would push a lot of subscriptions.

I suspect that there are contractual reasons why they can't put the game on Gamepass for PC, but I would like to hear a clear statement from Microsoft explaining the situation.

Also, I'd really like to get the inside story of how bad Bethesda was tanking a couple of years ago such that they actually sold the exclusive console rights. I suspect that story won't be told for another 10-15 years though.

Why do they have to be doing poorly to accept a big sweaty wad of money from Sony? Sony has been burning through some serious bank to try to nail down exclusives the past few years.

I'm fine. I have any number of other games I can play at the moment. I can wait to play this one.

Also, I'd really like to get the inside story of how bad Bethesda was tanking a couple of years ago such that they actually sold the exclusive console rights. I suspect that story won't be told for another 10-15 years though.

Why do they have to be doing poorly to accept a big sweaty wad of money from Sony? Sony has been burning through some serious bank to try to nail down exclusives the past few years.

When big developers with a long multiplatform history start accepting money to go exclusive, it's usually a sign that things are going pretty wrong in the financials area. Obviously, the situation is different for smaller indie developers.

Bethesda selling itself to Microsoft a year later also suggests that they may not have been in great shape. Recall that Bethesda (Zenimax) was actually owned by an ancient corporate lawyer who died not long after the sale went through. In the last few years prior to the sale, they were acting more like an undercapitalized company than a company that was capitalizing on its successes. 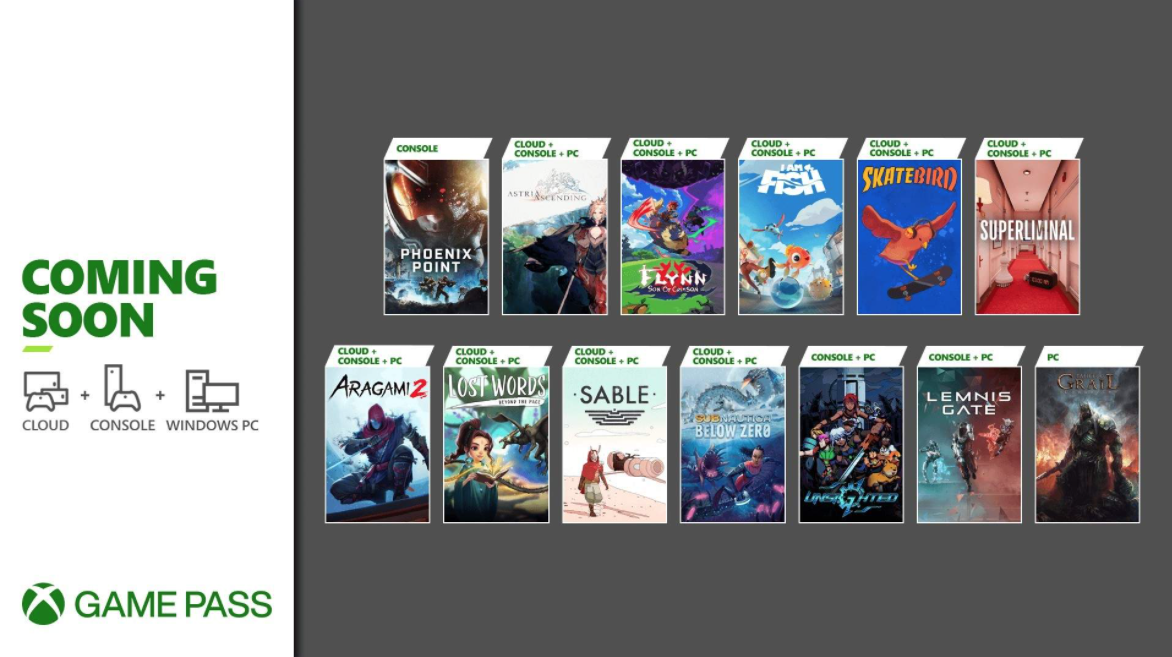 Great month for our household. I'm personally looking forward to Sable, Tainted Grail and Lost Words. My son is thrilled about I Am Fish and Subnautica: Below Zero. Game Pass keeping us busy.

Ooh. I should finish Night in the Woods.

Unsighted coming to GamePass is the standout in all of that for me. It's a bit of metroidvania in a top down brawler/shooter, and with some non-linear/multiple path exploration. I loved the demo and wishlisted it the moment I finished it.

Damn, I will not get to Ikenfell in time

mrlogical
Posted: September 15, 1:50 PM
Do with it what you will

I've put maybe 6-8 hours into Breathedge and have mixed feelings on it. It feels kind of like something like Subnautica -- you were in a space ship that crashed/blew up, you're safe in a small compartment of it, but there's a ton of wreckage to explore, and you can collect parts to help you collect more parts and build more items that will help you survive longer. The goal appears to be to get to a rescue pickup location something like 3000m away, and you're picking up stuff to allow you to hold more oxygen in your suit, to create oxygen refueling stations, and to craft resources that will protect you from hazards like cold and radiation. There are also little scenes you discover in the wreckage that you can examine and learn about.

From a gameplay perspective, I think it's pretty good but not great. I have had multiple long periods where I was just stuck, because I couldn't figure out what I was supposed to do next. It seems like it's actually a fairly linear path of upgrades you need to work through, so I would appreciate stronger direction. Especially as you expand your range further, this is frustrating because, even with an upgrade to my movement speed, it still takes maybe 3-4 minutes of just pointing my stick in one direction to get to the area that seems like my next point of exploration. So to get that far out, look around, and not find any particularly useful resource or blueprints and have to head back to base to unload materials or try to craft something new feels a bit tedious. Maybe the next thing I'm ready to do is craft some additional speed upgrade, or some sort of fast travel point? I'm on the edge of just quitting.

In terms of the story, it's a real miss for me. It got off on the wrong foot with me as it starts with a "disclaimer" that beings "WARNING This game is of a humorous nature and does not seek to offend anyone," which had me on edge, as that read to me more like a joke about content warnings rather than genuinely trying to put players at ease. The game itself isn't offensive in any way that I've noticed, but it's just got this dopey sensibility that I find tiring more often than amusing. Like, one of the first things you need to do is "recalibrate your communications array" and so you need to "build a calibration tool" which turns out to mean duct taping a big ball of metal at the end of a big wrench and bonking the computer with it until it works. You also find a ton of condoms in space for some reason, and these end up being part of a lot of your constructions. Its tone reminds me most of Journey to the Savage Planet--it's not hopelessly unfunny, there are occasionally mildly amusing bits, but there's just so much of it and it's trying so hard, and I'd just like to move past it all. I definitely would be more interested in the game if it had a more straightforward approach.

I definitely wouldn't recommend buying this, but it's an okay use of Game Pass. I think I'm at a point where I'll have to decide if I want to look up a guide to figure out how to progress or if I'll just delete it and move on.

What I really loved about Breathedge was the soundtrack. As you said, the humor was juvenile and the gameplay has been done better in other games.

Skatebird's very cute! I especially love that there's a decent amount of Australian birds. I made a galah with a rockabilly pomp - amazing!

Look at it - ridiculous! 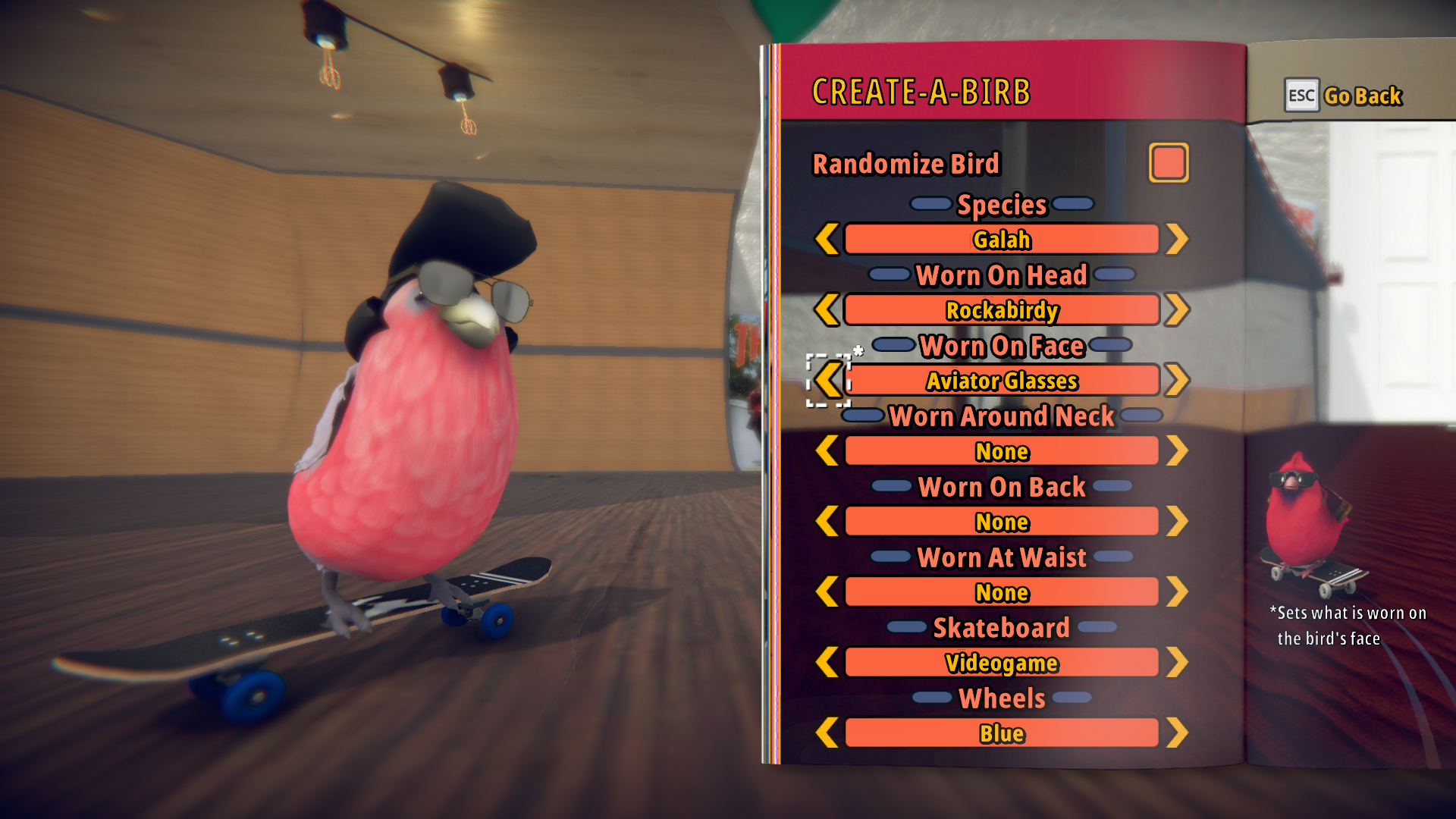 The skateboarding's actually fairly solid, if a bit too floaty. It's probably a little too memey/internet for my tastes, but it's great for Game Pass. Like, it's really unlikely that I'd actually pay for this game, but I'll happily mess around with it every now and then.

I agree that it's great for Game Pass in that after 10 minutes I knew it wasn't for me and could uninstall it. I'm too old for that twitchy finesse gameplay anymore.

I like the humour and atmosphere in Breathedge, but I don't like wandering around in space looking for rubber, only to find out online that peeing in the space-loo creates random crafting materials such as rubber.

I like the humour and atmosphere in Breathedge, but I don't like wandering around in space looking for rubber, only to find out online that peeing in the space-loo creates random crafting materials such as rubber.

Thank you. This helps.

mrlogical
Posted: Yesterday, 7:55 PM
Do with it what you will

I just looked up a guide for Breathedge and kind of can't believe what I'm supposed to do next, in that it's fairly easy and obvious, except the game utterly failed to make clear to me that I could achieve this objective now. I really think they could have something special if they a)turned their "comedy" knob down from like a 10 to a 4, b)made everything in the world like 20-30% closer together so that long trips don't involve holding a stick in one direction for 3-4 minutes straight, and c)providing a more streamlined and straightforward set of objectives. Now that I understand that I should be capable of accomplishing a big task, I'm going to give it a shot and see what the game offers next. But I don't know that I ever would've bothered trying this if I didn't see a guide that made clear that I now have all the tools I need.