The safeties in Washington aren't very good, are they?

...so what would have been the wrong way for Drew Brees to do this?

Brees should have sat down at least before this drive. 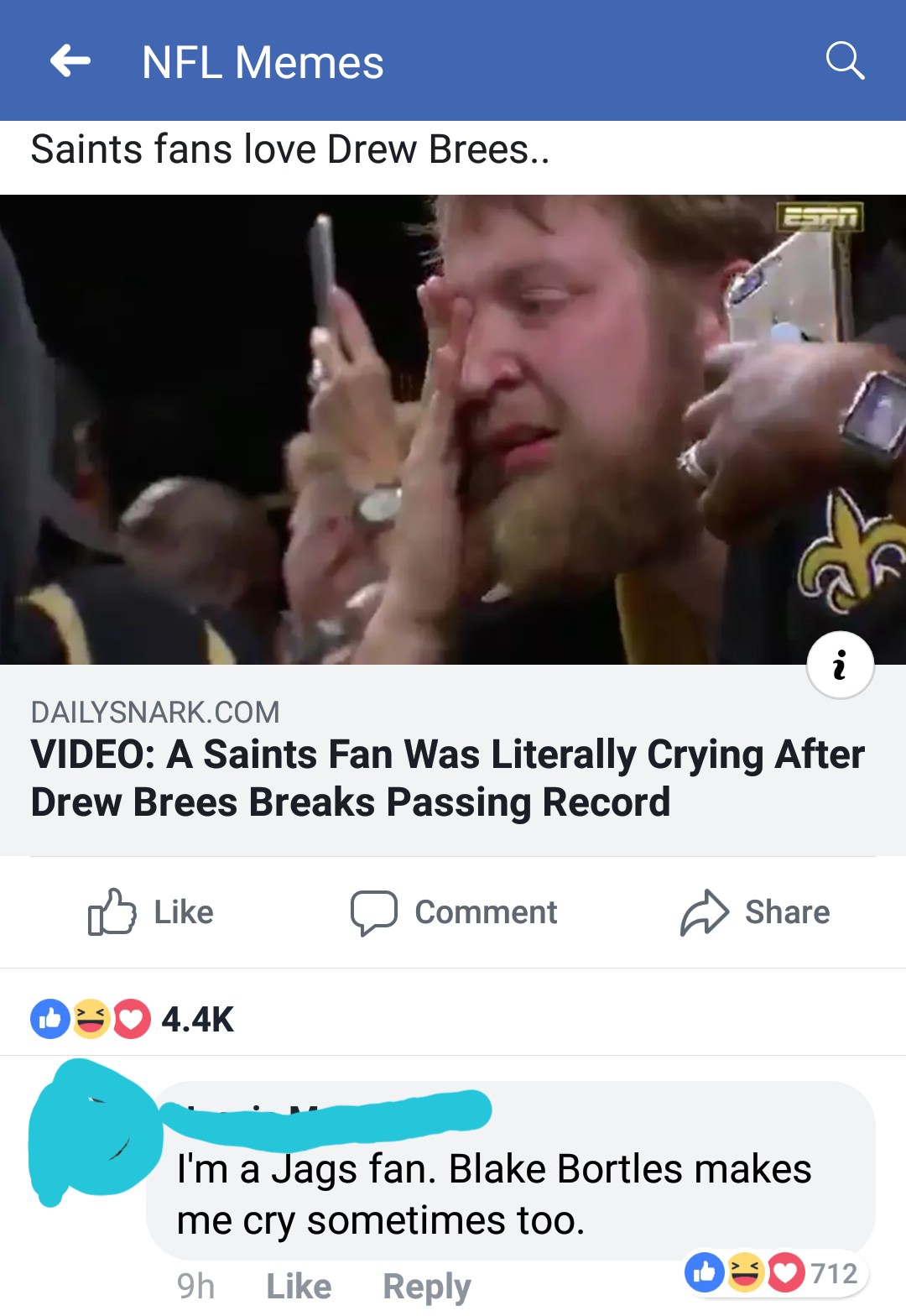 The Giants are also taking a hit with a poor draft pick in OT Flowers. The guy was a wasted pick and they will pay for that pick for years to come.

Well, he won't be wasting a roster spot anymore as they just cut him.

I would have trolled Saints fans last night with this..

With Jay Ajayi out for the year, Philly is exploring a trade for... Shady.

Le'Veon has a poison contract. He is locked up with the Steelers until the end of this season, but becomes a free agent immediately afterwards, so for anyone who needs him now, they would be paying the Steelers to rent him for less than a full season and then be looking at the same negotiations that broke down with Pittsburgh. And since the Steelers are in no mood to be generous, they would likely screw over whatever team might be interested in him just to keep him off the field since it is literally costing them nothing to do so.

Can we go back to talking about Bork Blatles?

Blake Bortles' game against the Chiefs was basically a blooper reel. pic.twitter.com/gbSz9edD8o

The joke is that the link goes to a video of Bortles', ah, highlights with a Yackety Sax soundtrack.

Until I saw that, I missed the fact that Bortles whiffed the tackle on the Fat Guy pick-6.

The modern NFL is just absurd.

The Giants are also taking a hit with a poor draft pick in OT Flowers. The guy was a wasted pick and they will pay for that pick for years to come.

Well, he won't be wasting a roster spot anymore as they just cut him.

Hopefully addition by subtraction here. Sending a message to the locker room. This guy was all physical specimen but was stubborn to not listen to the OL coaches and change his technique. Good riddance.

This was a pretty good week for Fat Guy Touchdowns.

I'll tell ya what I told my friend and my family. No matter how much it hurt me as an Eagles fan to see that, I have to salute the man. Yes, he looked like a silly fat kid runnin' down that field to score that touchdown, but for all of us fat kids shoved into the most glamorless positions in gym class so the skinny athletic kids could play super star, he is a hero.

Didn't realize Philly was turning into an emergency room.