I'll be honest: if I weren't fairly certain this was close to the end of the game, I'd probably quit. The changes to the world map have just sucked all the joy out of the experience. If I were to identify the game's biggest strengths, I wouldn't hesitate to list the fun of traversal; and the well-populated, live-feeling world. The last act has tanked both of those things simultaneously.

I played it a second time and was struck by how much that part sucks the fun out of the game. I am glad it doesn't last much longer after that.

Still a great game but the shift in tone was annoying and not welcome.

Playstation Store has this for 50% off, so I finally pulled the trigger on it.
Excited to try it out, heard so many positive things.

And real, if you dont love Spiderman, you are crazy. lol..

I made a start on Spider-Man today and subsequently lost more than a few hours across what felt like mere moments.

It took a while to get to grips with the Spidey web slinging and free falling as opposed to the Bats gliding and grappling. Once acclimatised, though, it can be poetry in motion. I love riding the entirety of a web swing to leap towards a launch point, and then free fall at speed to throw out a late web sling and gain serious air once more. Fun! Patience proved key. I was going too early in the beginning.

I'm improving at the combat. It became more balanced with a few upgrades, for more web abilities, and better counter timing. Takedowns from above, and stealth, have mostly evaded me thus far. At present I'm web restraining creeps to throw them at walls, or their buddies, and air juggling bozos between counter web evades and glide kicks. It's a lot of fun.

I got a wee bit carried away and sought out most those signal towers as soon as possible. I wanted to practice web slinging, anyway.

I've been picking and choosing police radio emergencies. I get most of them, to be fair. A few, though, I figure they have covered.

Thoroughly engrossed in Marvel's Spider-Man would be an understatement. I am smitten.

I am loving the interactions at F.E.A.S.T and with Aunt May. It feels as impactful as the superhero business. Helping folks come together. Providing food. Providing shelter. Breeding confidence to socialize and interview for an independent foothold once more. I am beaming throughout.

The writing for Otto Octavius is outstanding. His relationship with Peter. Their reasons for working together. The loyalty there. How things are organically piecing together. The history with Norman Osborne. Fantastic.

I also gel wonderfully with the traversal, the combat, the gadgets. The variety. The flow. I find a real zen when getting down to the spider aspects. I even liked (past tense as they're all completed) the spectograph and circuit puzzles.

I got the prequel novel titled Hostile Takeover, by David Liss, just to have more. In fact, I'm going to read it now. Where'd I put that e-reader...

Love seeing people enjoy this game. I should really play it again. So amazing.

Yeah, there's a beautiful heart to the story of Insomniac's take on Spider-Man; the fact that it really shows Peter trying to make people's lives better at ground level really puts it ahead of most other superhero stories, and you're right about the writing for Otto. I've heard some say the story is the best Spider-Man movie, and I certainly wouldn't argue against that.

I just reinstalled Arkham Origins (never did finish it, figured I’d run through that and Arkham Knight), and man, do I ever miss Spider-Man’s traversal. (No, Batman, you can’t climb over this waist high pipe or use your grappling hook on this specific ledge...)

I just reinstalled Arkham Origins (never did finish it, figured I’d run through that and Arkham Knight), and man, do I ever miss Spider-Man’s traversal. (No, Batman, you can’t climb over this waist high pipe or use your grappling hook on this specific ledge...)

Funny, I ordered Origins the other day. I enjoy Batman but I haven’t played one since Spider Man. Uh oh.

Yeah... I've Arkham Knight to get around to. It'll take some readjustment when the time comes.

I finished 100% of the initial campaign yesterday. What fun. I did buy the edition that comes with the DLC, so suppose I'll fire that up at some point, but amazing game. Glad I experienced this even being this late to the party, and looking forward to Miles Morales!

Don't wait too long. Some of us took a break waiting for DLC to release, then came back to do Black Cat and forgot how to fight. The very first museum fight can be pretty challenging if you're rusty.

Also, don't be afraid to drop the difficulty if you get tired of brutes wielding miniguns. Those things are all over the place in the DLC, especially in the later ones, and it can get really frustrating to almost clear a base and then die to one of them.

Yes, and it and what's-her-face's social media extravaganza is largely why I haven't gone beyond the Black Cat DLC.

Astonishingly, yes, more annoying than both of those.

The tie in novel Hostile Takeover, by David Liss, is a good read. It is the first book I've read cover to cover, let alone in swift fashion, in quite some time. Whilst not an essential requirement it is a finely considered accompaniment. Glad to have discovered it. The backstory and the supporting characters were a real treat.

I rolled the credits on the game today. Got the platinum trophy as well. I didn't need to go much out of my way to do so. How refreshing. I could keep playing. So I shall! The Black Cat DLC is downloading as I write. What a game this is.

"So what can we do to make the PS5 remaster better?"

"Why don't we give Peter Parker a facelift? Make him resemble Tom Holland?"

That's the other source of rage in my timeline today.

How'd you like to be Tobey McGuire, the one Spider-Man actor that none of the Peter models look like.

He actually looks less expressive as a result.

Maybe Sony is doing me a favor by not giving me a free PS5 upgrade of my already owned PS4 version.

That's a terrible change. Tom Holland's Spider-Man is supposed to be younger. This one's established in his super-hero career, old enough to have held a variety of jobs, and mentor Miles Morales -- and the original character design fit that bill.

It's weird - from the brief bits we've seen (which are of course a terrible source of information, given YouTube's compression), it feels like I can see less detail in the faces of both Peter Parker and Doc Octavius.

I'm going to withhold nerd rage though; Insomniac's got my trust.

I vote Boo! One of the things that appealed to me most about this game was it wasn't trying to be movie Spider-Man or comic book Spider-Man or cartoon Spider-Man, it was its own wholly unique thing. It's especially weird that now, after it's already been a huge success and sold millions of copies, they would decide to make him look more Holland-y, in a remaster release that will presumably sell fewer copies. I would have to guess that this is the version of Peter they're using in Spider-Man 2 (or whatever they call it) when it releases on PS5. Boo!

Agreed. He was great in the original.

I liked the old face but I'm ok with the new look. They are actually changing him to more closely resemble the voice actor which will make animation easier for future titles. They did something similar with Ellie and Ashley Johnson in The Last of Us Part 2 but the change was no where near as drastic.

I liked the old face but I'm ok with the new look. They are actually changing him to more closely resemble the voice actor which will make animation easier for future titles. They did something similar with Ellie and Ashley Johnson in The Last of Us Part 2 but the change was no where near as drastic.

Are they changing his voice in future games too?

My understanding was that Yuri Lowenthal is the current voice actor and they are changing Peter’s face to more resemble his. Presumably so they can more easily do facial motion capture in future titles. If you read Bryan Intihar’s statement that’s how it reads but you are right they seem to be basing it on another actor. It could still be, if their faces are similar enough it will help with animating lip movement, etc.

My understanding was that Yuri Lowenthal is the current voice actor and they are changing Peter’s face to more resemble his. 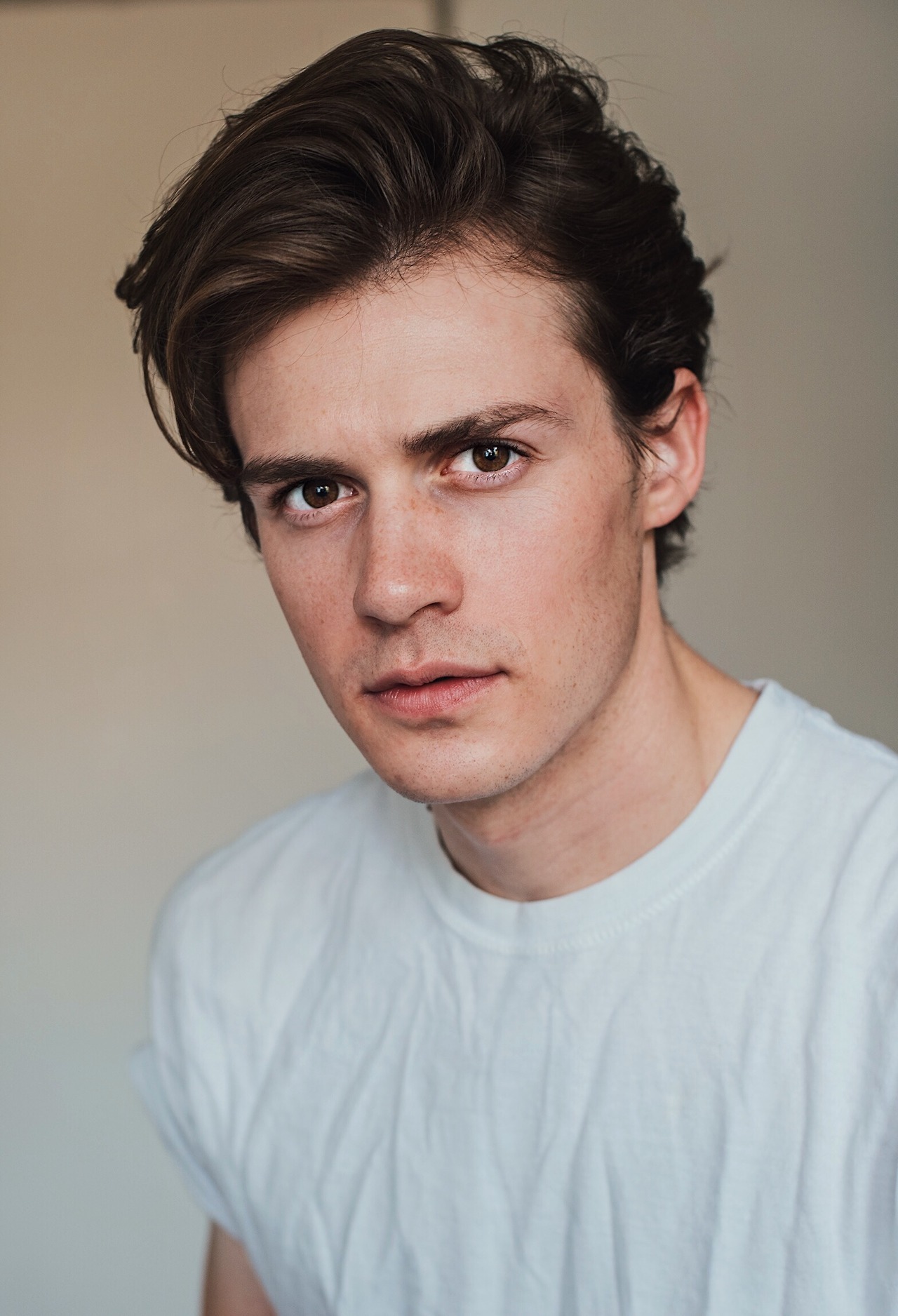 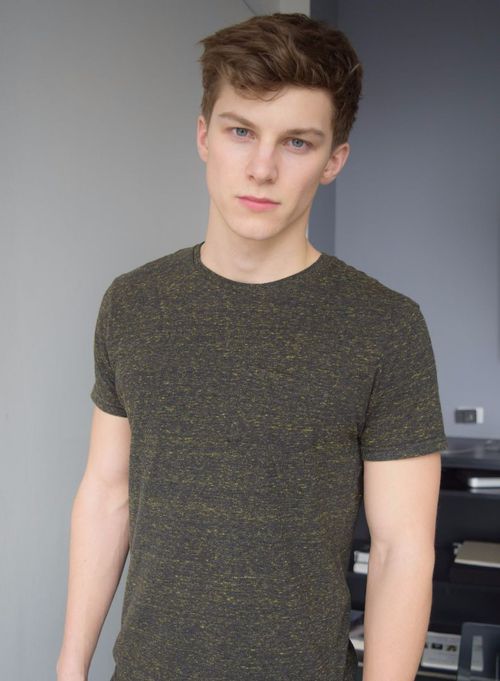 Ha! I request a feature to show/hide the Spidey mask at all times. That face model is a ridiculously distracting change. It's also too youthful and too Holland-esque. Bring back, Bubniak!

Hopefully the original PS4 release and its Miles Morales follow-up are unaffected. Anything thereafter is shoulder shrug worthy.