Quintin_Stone
Posted: November 9, 12:17 AM
Not Without Incident

I'm... not sure what they are teasing here.

OMG game of the year. 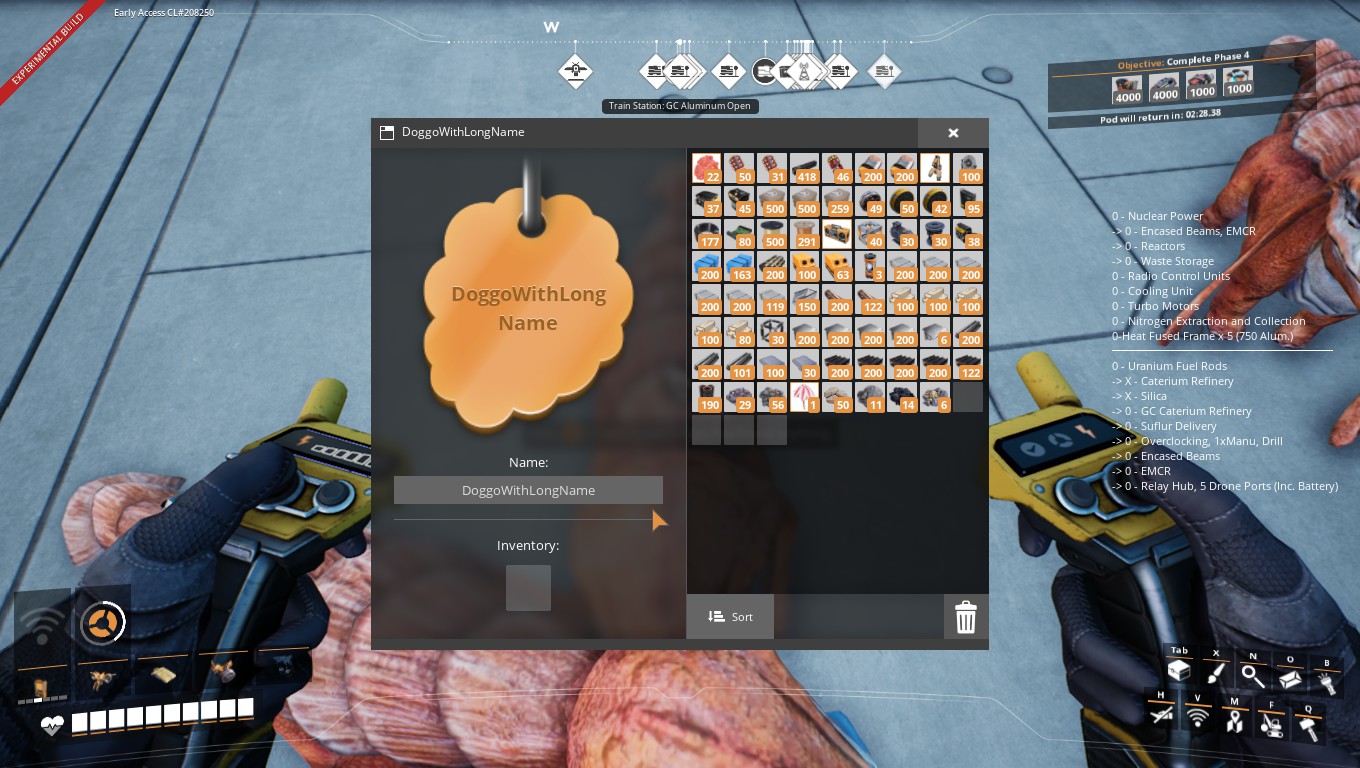 So the fancy building from the confusing Teaser was a Blueprints building. Fit anything inside it and it will create a blueprint you can copy down to your base. Neat. Blueprints are always welcome.

And you can share them, which will be great

Great-ish. Things trend towards a 'best' solution to a problem sometimes when that's the case, such as in Factorio when great designers shared whole libraries of good builds. If you don't willfully ignore those, you're now playing something thats a little more like Legos than Factorio.

Still better to have the option than not, I think and being able to see other solutions working in game is transformative.

I think the relatively small space for blueprints will limit those concerns.

Honestly, the most common use of this for me will be making detailed decorative things I can re-use.

That is my biggest ‘issue’ with blueprints in Factorio. In the teaser video they mentioned this as well as being one big reason they were reluctant to add blueprints, but that they thought they had managed to avoid that problem with their implementation. I don’t think they have details on how they avoided it.

That is my biggest ‘issue’ with blueprints in Factorio. In the teaser video they mentioned this as well as being one big reason they were reluctant to add blueprints, but that they thought they had managed to avoid that problem with their implementation. I don’t think they have details on how they avoided it.

Still it will be super handy if you're used to going vertical. Print a floor and you don't have to spend time again reconfiguring the same thing over/over again

Oh, I hadn’t thought about it for vertical building. Partially because I don’t do enough of that. I would definitely use them for that.

It's been quite a while since I last played, but I'm way back into this. Suddenly having the quality of life stuff they've been adding is mind-blowing. Just the conveyor lift floor holes and the ceiling conveyor mounts opens up so many options for keeping the conveyor mess separate from the actual machines, so I can move around the factory without having to jump and clamber over everything. I just need a scissor lift so I can get up there more easily when I'm trying to figure out heights and stuff.

I'm also doing the Ficsmas stuff, which I never managed to in previous years. It's fun, but definitely slowing me down from making progress on the main unlocks.

This time around, I'm trying to use more of a manifold approach to everything. Don't know if it's right or not, but it's definitely easier to allow for expansion by just adding more machines on the end and tying them into the existing line. I just have to get used to keeping track of the total output of the earlier machines and the total input of the later ones. That's still probably simpler than trying to figure out the right ratios of one to the other, especially if I need to change component build quantities later.

This time around, I'm trying to use more of a manifold approach to everything. Don't know if it's right or not, but it's definitely easier to allow for expansion by just adding more machines on the end and tying them into the existing line.

Yeah, manifold designs are completely fine. They may take a little longer to stabilize, but they work great and far less space.

Manifolds get a little more complex with liquids because of backflow. The fact that fluids can flow both ways means that downstream machines can "steal" input from upstream machines. You can compensate with valves preventing backflow, or just be sure to feed liquids from both ends of a manifold line.

Is there a trick to consistently getting lifts and splitters/mergers to connect directly to each other and also to a lift hole? I'm trying to keep the spacing between the lift hole and the line feeding it as compact as possible. I set the hole just far enough from the belt that the lift and the splitter will just touch. Then I'll usually build the lift, then put the splitter on the belt and use CTRL to line it up with the lift. Sometimes I get the spacing slightly wrong and need to build a tiny belt connecting them, but sometimes they click together.

The problem is that I'm trying to use stacked belts to let me switch what the assemblers are building by just moving the lift to connect to the other belt, and half the time when I do that, something doesn't actually connect, and I have to mess around with deleting and rebuilding things until they magically work. Is keeping the tight spacing a fool's errand, and I should just move the lifts farther back, and live with a short belt connecting to the splitter?

There is a green line that shows up when you have an entrance and an exit lined up, but sometimes it will indicate one on the other side of the machine.

I would not to try to put things right up against each other. Even if you have them correctly lined up, sometimes the inputs/outputs are at different heights and you'll get the "invalid shape" error.

After watching a bunch of videos, I think the trick to placing lift floor holes is that they need to be directly next to the thing they're connecting to, but the lift has to be the last thing built. So you can place a hole, put a lift in it, place a merger/splitter directly next to the opening of the lift, then delete and rebuild the lift in exactly the same spot, and then everything will connect. It's also helping that I'm using a logistics floor under the machines so I can have more room to run all the belts without them getting tangled.

Now that I've started bringing up more fuel generators off of a pure oil node, I've got a lot more power headroom than I had with my coal supply. My existing iron production line is lagging behind what I need, and I don't have much room to easily expand it, so I decided to just build a dedicated large iron processing factory. I found a spot near my oil well that has two pure iron nodes next to each other, and I just got done building the production line up through plates and rods. I'm maxing out both nodes with mk 2 miners on them, so that's 480 ore per minute. I think I wound up with 16 smelters, 6 constructors doing plates, and 20 constructors doing iron rods. I'm going to route those outputs up a floor and set up a mess of screw production. Haven't decided if I'm going to build reinforced plates there or not.

Once I've got that sorted out, I'll move on to working on my steel and more advanced parts arrangement. I'd like to get it to where I've got dedicated setups for each thing, and then either set up the infrastructure to run them all at once, or control which ones are active using power switches or smart splitters or something. My god, this game triggers my time blindness like crazy.