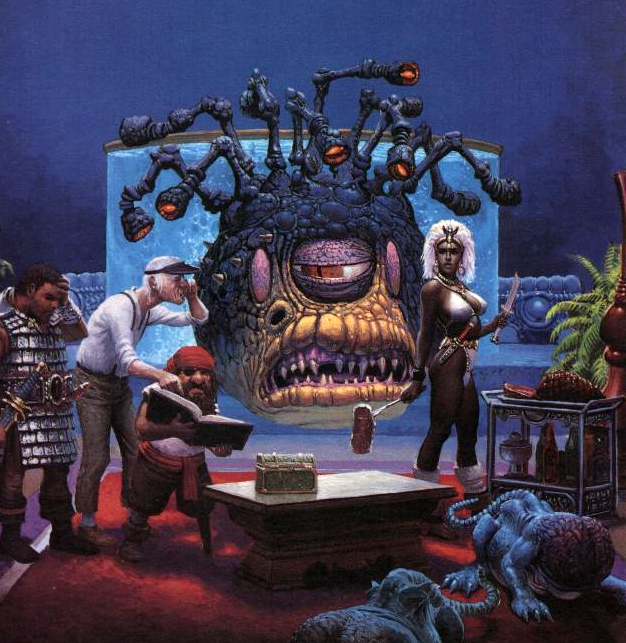 What exactly is going on here?

Technically not a picture. Colbert had Joe Manganiello on, and they talked about D&D for the entire interview.

If 1980's teenage me could visit 2018, my young mind would be completely blown. Luke Cage is on Season 2, Ant-Man and the Wasp is a hit movie, and the husband of Sofia Vergara turned her intended pilates studio into a D&D sanctum.

He's not kidding about being an Oathbreaker Paladin. He had a two episode guest appearance on Critical Role at the end of the first campaign and he was awesome. Especially at the very end. 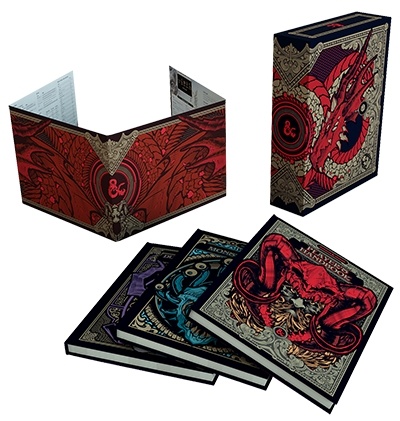 Wow those are awesome! I only own the Players Handbook for 5e, this is a good excuse to fix that!

What exactly is going on here?

If things go as they should, several humanoids are about to die horribly.

I always assumed it was going over the Beholders tax return

I always assumed it was going over the Beholders tax return

You wouldn't believe the deduction it's taking for business expenditures on eyedrops.

They're looking for beauty. Supposedly it's in one of its eyes.

I'd know that ugly mug anywhere, that's Xanathar the godfather of the Waterdeep crime syndicate. I always imagined him sounding like Edward G Robinson.

I love the taxes idea, because Xanathar is totally the Realms’ answer to Al Capone.

They're looking for beauty. Supposedly it's in one of its eyes.

The dad jokes thread is that way -->

I'd know that ugly mug anywhere, that's Xanathar the godfather of the Waterdeep crime syndicate. I always imagined him sounding like Edward G Robinson. 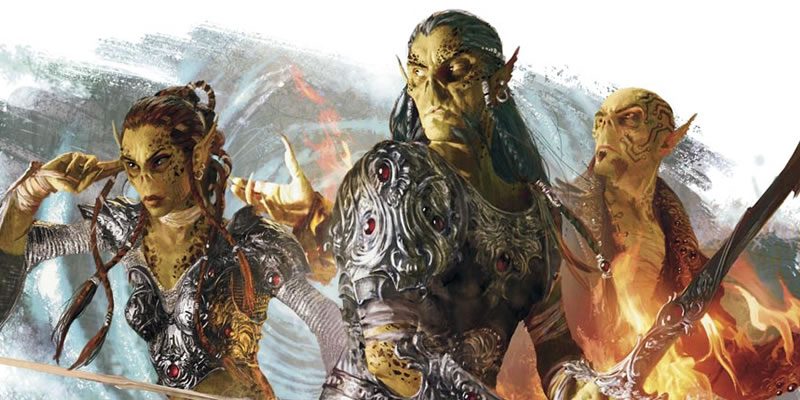 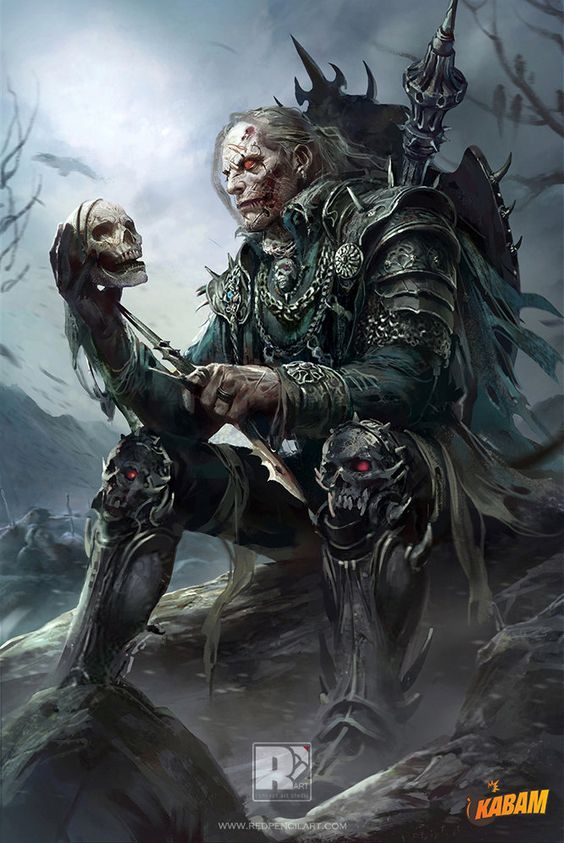 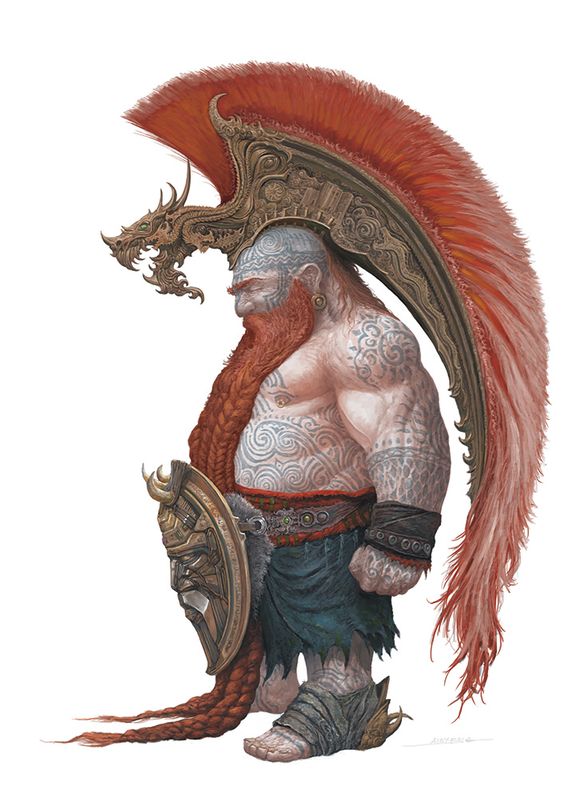 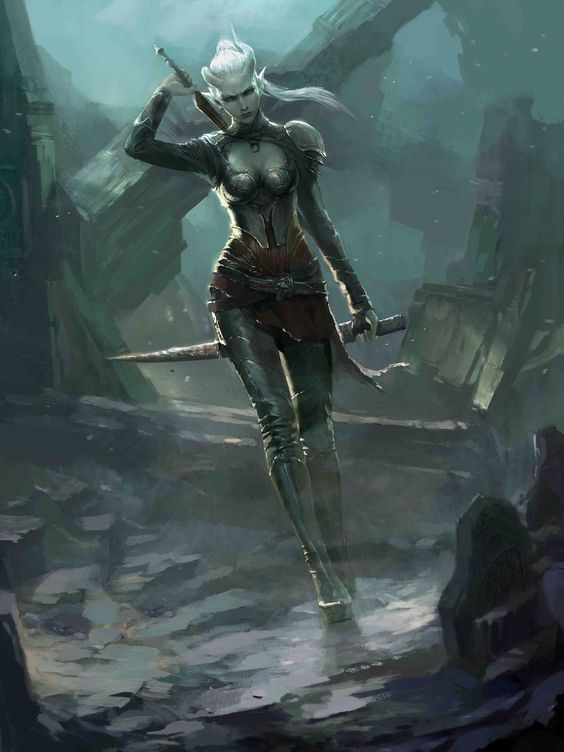 Having read up on Xanathar, I now suspect that pic is of the Xanathar's Thieves' Guild, trying to determine whether or not their "boss" is still the original Xanathar.

URL says Githyanki, but I can never tell Githyanki from Githzeri. Does that make me racist?

Hey, if y’all like these pics, you should give the Neverwinter MMO a try. I’ve gotten hooked within the last month (after the latest free expansion was released: Ravenloft), and have enjoyed killing beholders and Tiamat, and fighting alongside Drizzt, Minsc and Boo.

I hope that’s a continuation of his beard.

I hope that’s a continuation of his beard.

That’s known as a lowerknot. Not to be confused with a bottomknot. 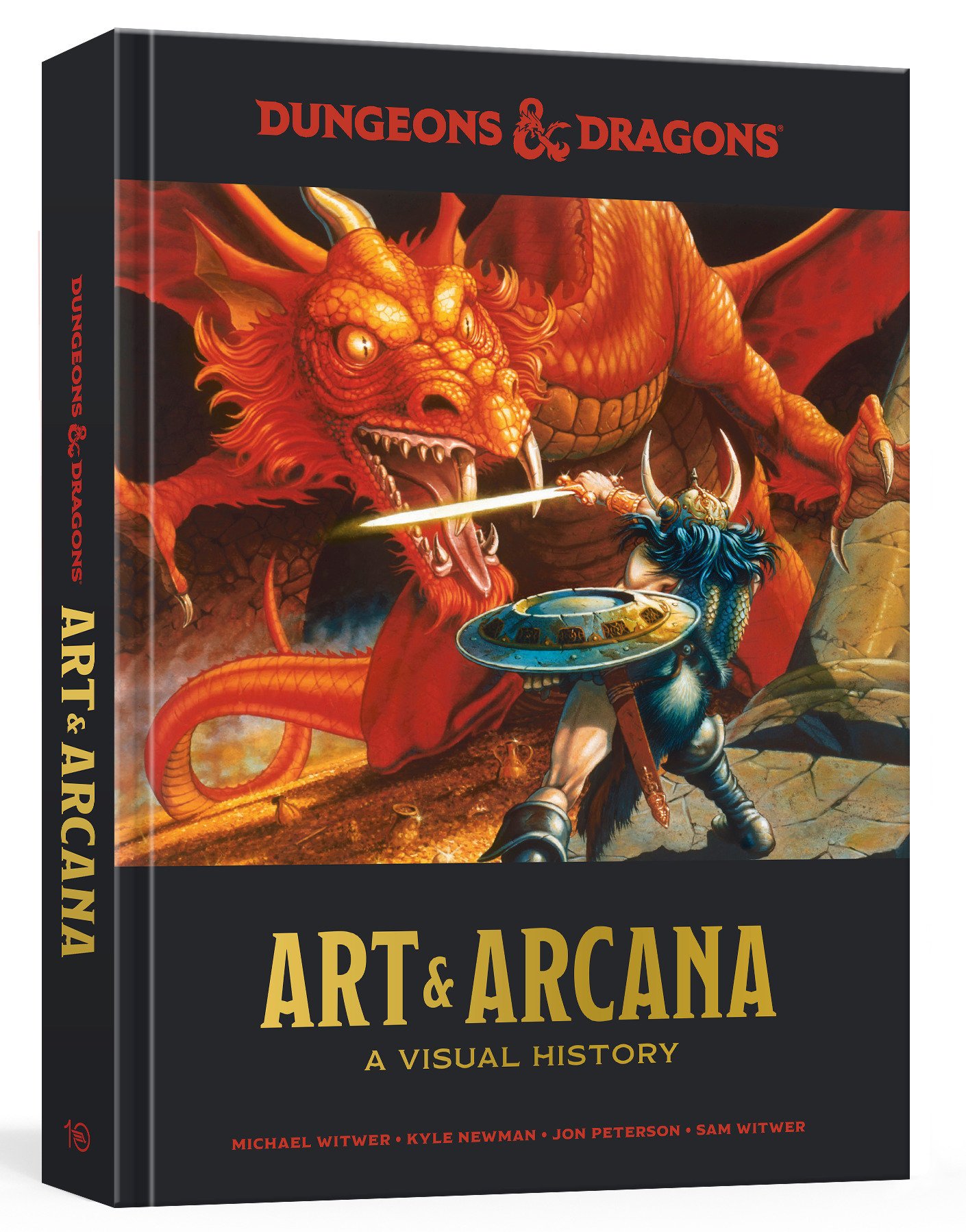 An illustrated guide to the history and evolution of the beloved role-playing game told through the paintings, sketches, illustrations, and visual ephemera behind its creation, growth, and continued popularity.
Dungeons and Dragons is the most iconic and pervasive gaming franchise in the world.

It is a seminal RPG (role-playing game) and the inspiration for video games like World of Warcraft and Zelda, fantasy art, and countless other facets of "geek culture." This officially licensed illustrated history provides an unprecedented look at the visual evolution of the game, showing its continued influence on the worlds of pop culture and fantasy.

It features more than 700 pieces of artwork--from each edition of the game's core books, supplements, and modules; decades of Dragon and Dungeon magazines; classic advertisements and merchandise; and never-before-seen sketches, large-format canvases, rare photographs, one-of-a-kind drafts, and more from the now-famous designers and artists associated with the game.

The superstar author team gained unparalleled access to the archives of Wizards of the Coast and the personal collections of top collectors, as well as the designers and illustrators who created the distinctive characters, concepts, and visuals that have defined fantasy art and gameplay for generations.

This is the most comprehensive collection of D&D imagery ever assembled, making this the ultimate collectible for the game's millions of fans around the world. 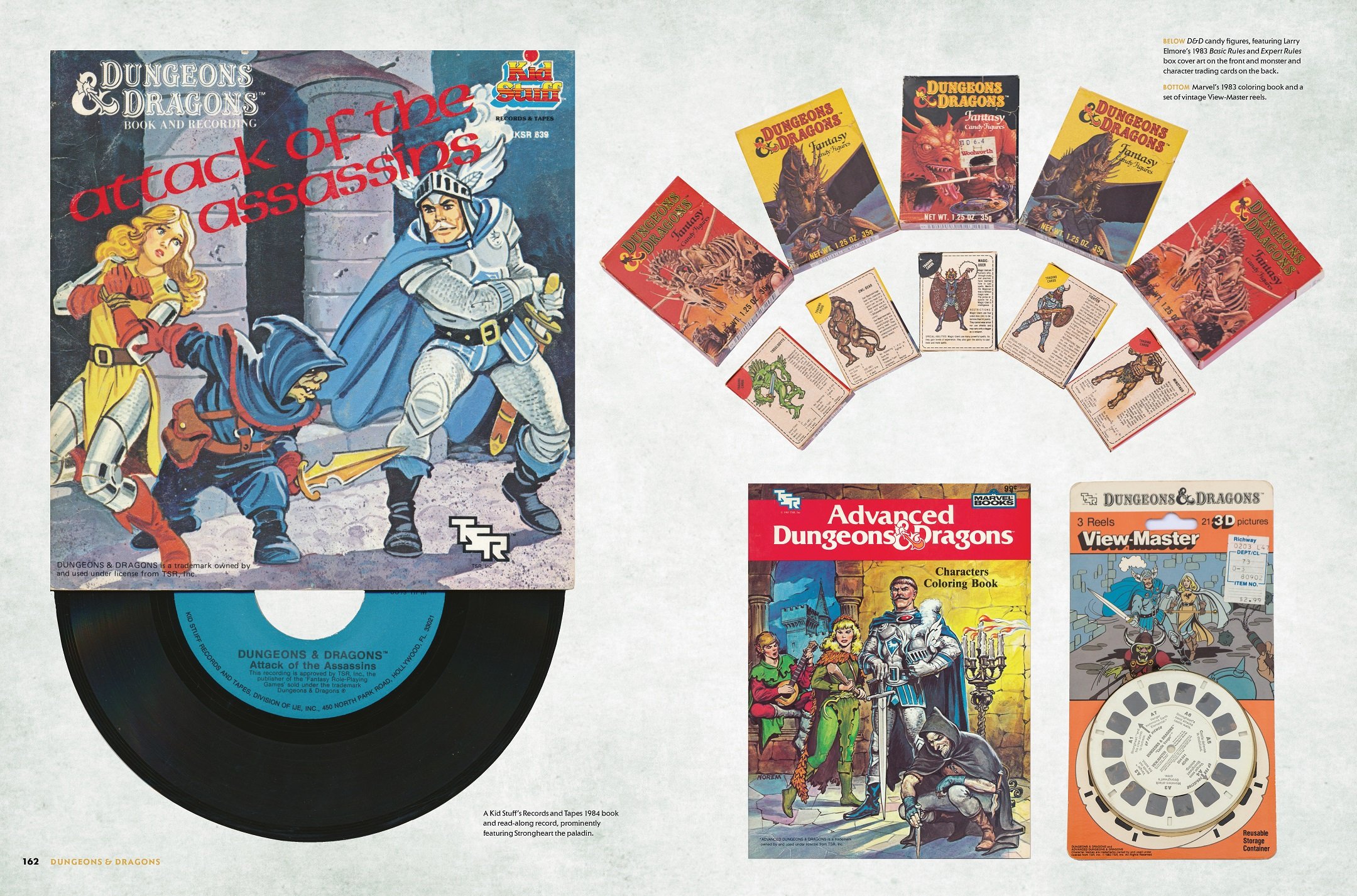 I must buy that! Even though, this would have been a better cover image... 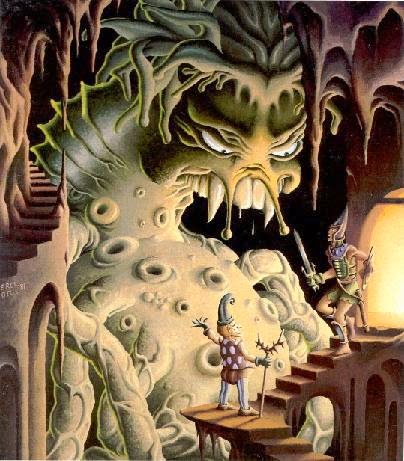 Can I drop a shameful tag?

My copy arrived this morning and it is amazing! I haven't had time to more than flip through it, but they have collected not only a huge cross-section of the images I remember from my childhood, but source material and early work that places those images in context, and of course tons of material that I just never saw. As shown in pyxi's initial post, it also included a ton of promotional and licensed material that is super interesting.

The first 260 pages cover up through 2nd ed., with the last 170 pages covering up through 5th ed...it feels like a good balance. The last two-page spread is a beautiful 3x9 matrix of all manuals from all (print) editions (which I would include here if I could only get a decent photo) which nicely captures the meticulous care they obviously took in putting this thing together.

I can't tell how well the binding will hold up, but the overall book construction is similar to quality hardback game guides you get these days (such as the Metal Gear Solid V official guide, for example). Can't wait to dig into this more!

I have squealed with nostalgic glee at all sorts of the Basic Set/AD&D stuff. Wow, the book is very nice quality, and loads of interesting history. Seems pretty great so far. 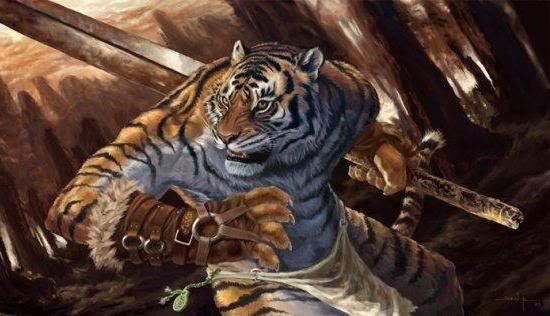 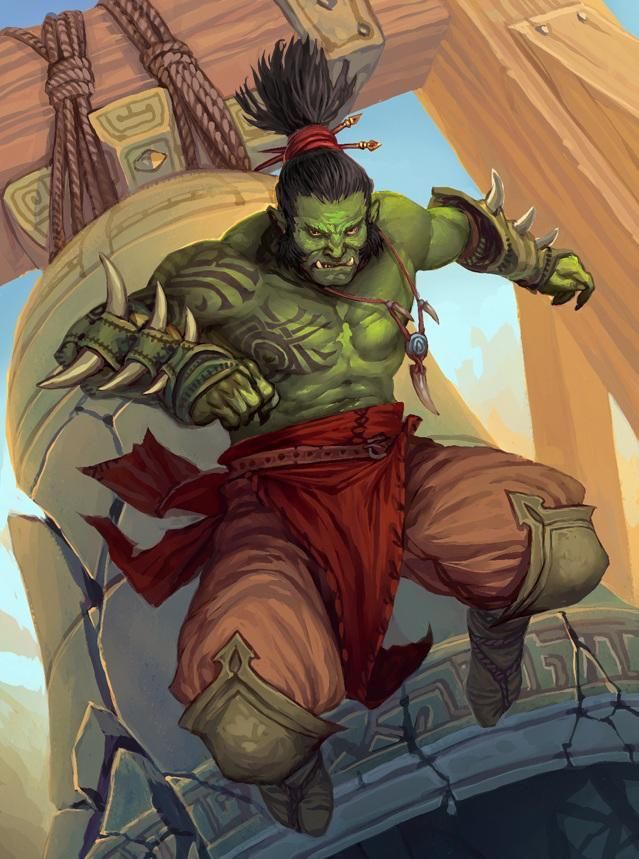 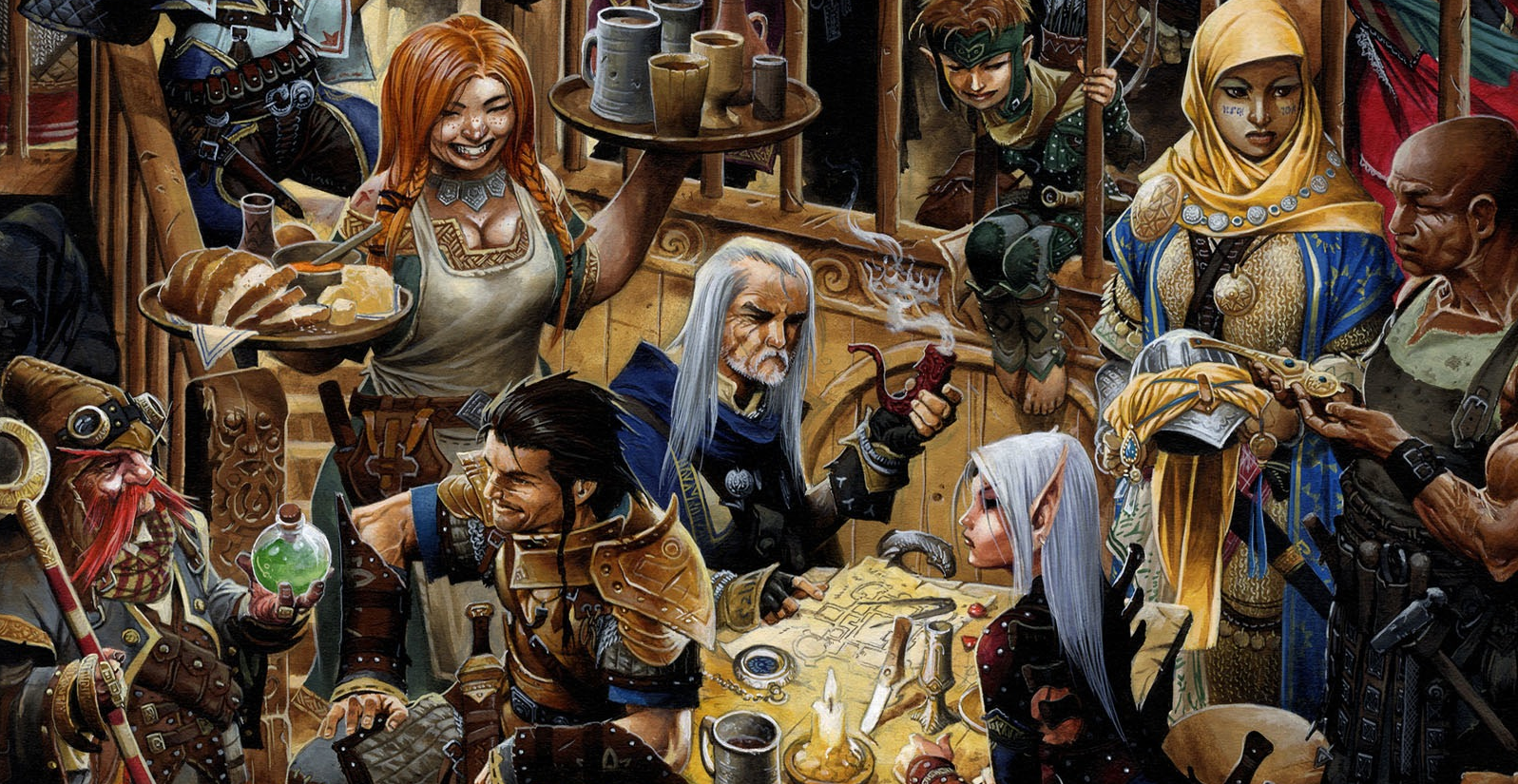 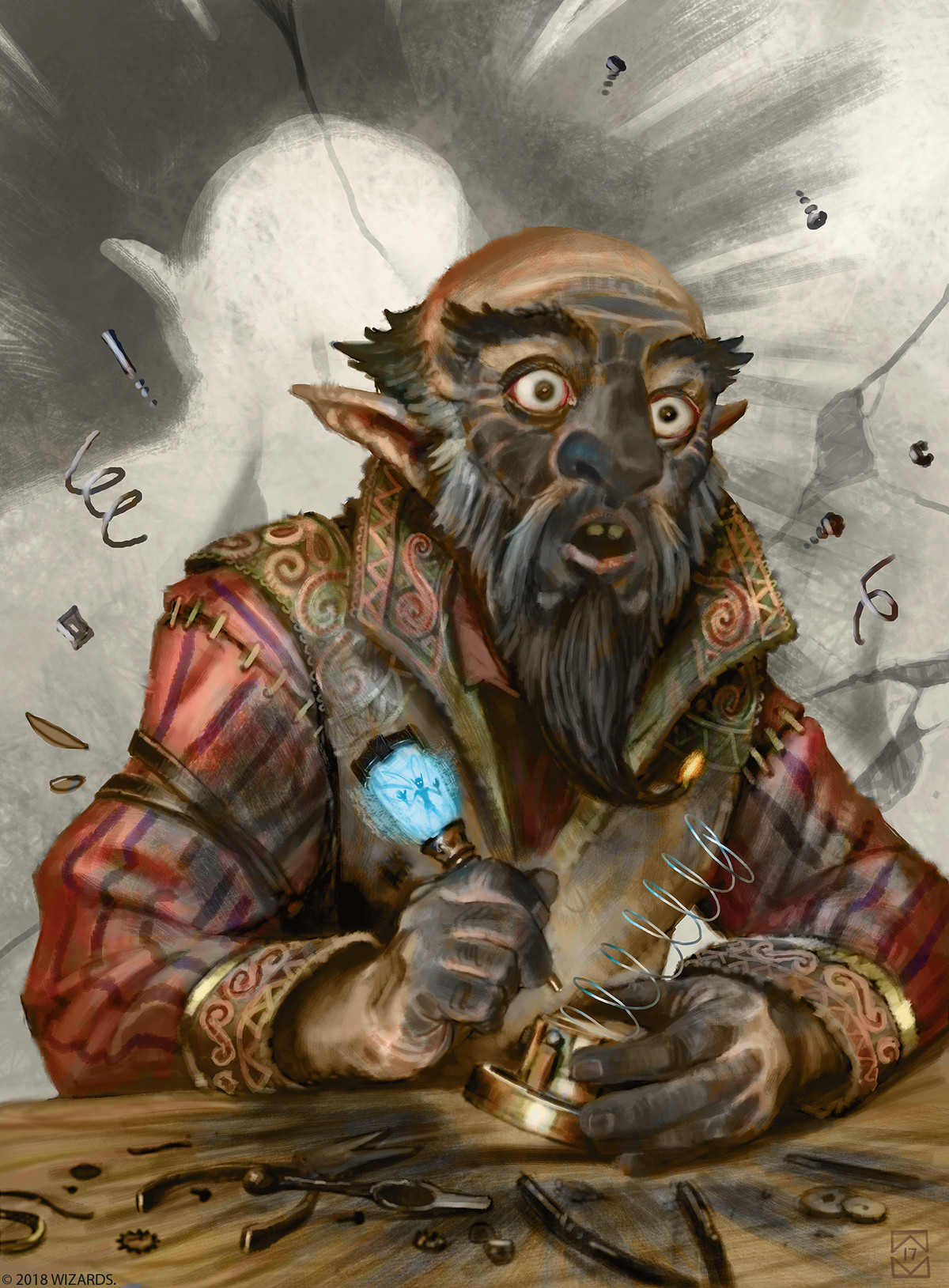 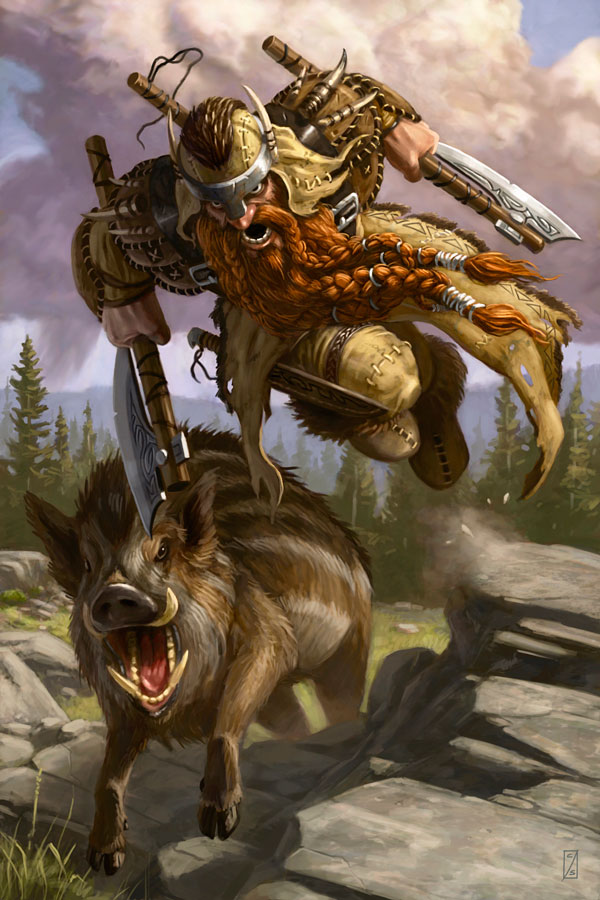 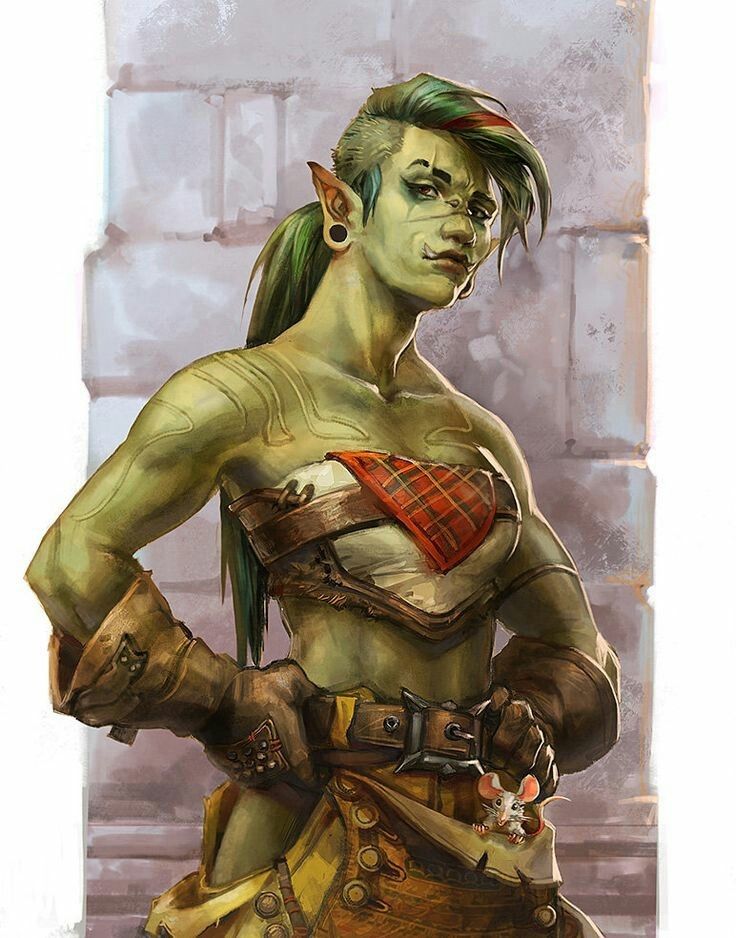