Sony Will Bring The Wheel of Time to TV

Is the long, weird saga of Wheel of Time’s journey to television is seemingly over? After that bizarro pilot that lead to legal troubles and the final but very vague announcement the legendary fantasy series would come to TV properly after all, we now know it’ll be Sony who will be responsible for bringing Robert Jordan’s world to life.

Variety reports that Sony will be adapting the 14-novel series in a deal with Red Eagle Entertainment and Radar Pictures, while Rafe Judkins, who has credits on Agents of SHIELD, Chuck, and Hemlock Grove, will write and produce. This is the first update since roughly this time last year when Jordan’s widow, Harriet McDougal, confirmed that the series had landed at “a major studio.”

One hard part of the series’ journey to TV may be over, but the monumental task of bringing this sprawling epic to life on the small screen is just beginning. God knows how long it’ll be until we start to see the fruits of Sony’s labor, but we’ll bring you more on the Wheel of Time TV series when we learn it.

Well, if they were looking for a game of thrones style fantasy series that has enough material to milk for a tediously indefinite stretch of time going forward then, GOOD NEWS SONY! You've come to the right place!

Omg, Red Eagle is still attached to this? Those guys acquired the rights to this series on the cheap and have managed to hold onto it even after the disaster that was the "pilot".

This is going to end well.

Considering the dullness of the original material, I wouldn't expect it go well anyway. What a tropey snoozefest.

I'm about four books into a re-read (after giving up around book 10 originally). The biggest flaws with the story lie with Robert Jordan's terrible prose, and his tendency to have entire books where nothing happens. TV's ability to cut out bad writing and compress events may actually serve the series really well.

Well, guess I'm in the minority but I enjoyed this series quite a bit despite some of the weaker middle books. Not sure how well it will turn out making the transition to tv. Most fantasy other than GoT's has been pretty lackluster when doing so.

Also, I thought the audiobooks were fantastic. Went through the whole series again with them.

Count me as excited. Yes, the books meander. Yes, RJ stretched it out way too much. But, the characters are solid and there is plenty of raw material there. I'm especially happy to hear his widow is involved. I think that bodes well for it.

Well, guess I'm in the minority but I enjoyed this series quite a bit despite some of the weaker middle books. Not sure how well it will turn out making the transition to tv. Most fantasy other than GoT's has been pretty lackluster when doing so.

Also, I thought the audiobooks were fantastic. Went through the whole series again with them.

It's not just you, I loved the books too.
I'm nervous to see what they'll do though. As one usually is when adored material makes the transition from page to screen. We'll see.

I noticed WoT cops a lot of criticism in the reading recommendations thread. Not entirely unfairly, the series has its issues (including the braid tugging and expositions about fashion). But it's an overall fun read.

I think the challenge will be how much budget they set aside for the FX.

I enjoyed the books overall, but I don't trust that a tv adaption will be any good.

The books were inconsistent but were great at times. Still I can't see this being popular if only for the reason of it being so pg. going to be hard getting away from GOT.

Gave up on the series after 3 books, so TV can only be an improvement. 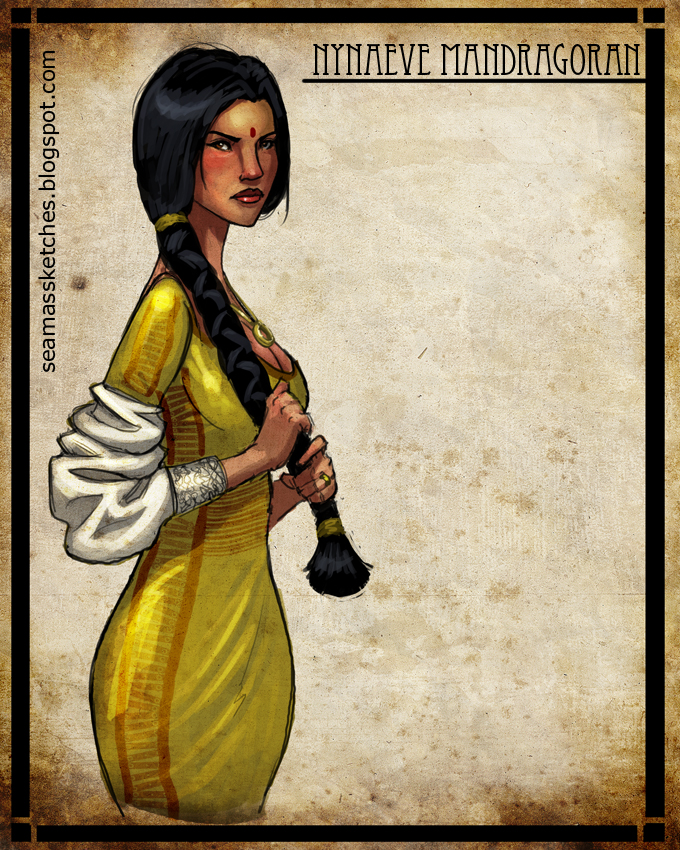 I really hope someone can update and adapt this for today's audience. They have a lot of good content in there among the chaff.

I think the success will depend on the casting and what characters they include. I enjoyed the series mostly for the diversity of the characters and how they each became entangled in the wheel. I know some people really hated how many characters were presented and just called it bloat, but I liked it. That's one of the reasons I really like ASOIAF too. A very big, complex world, full of interesting people who all think they are important.

It's been a while since I'd read the books so decided to look up the characters. Holy Toledo, I forgot how many people were presented in those books!
https://en.wikipedia.org/wiki/List_o...

I think Mat and Thom are probably my favorite characters and need to be done right. The Mat and Tuon joining could be a whole lot of fun too. Birgette, Aviendha, and Min also need to be up there. I could care less about Elayne and Nynaeve.

Came here to make a joke about this series being endlessly long and full of boring filler, only to realise I already did so over a year ago up thread.

I am very much on board the hype train for this. Currently in book 6 of the audio-books, which were done very well in my opinion. This current listening is probably the 3rd time through the series. If the show is good I am mostly looking forward to the spin off products. Maybe a good (bar is low, I would settle for playable) RPG, or VG. I could see it being a good setting for something with the Living Card Game style of play. The card game is utter trash, but i loved the art and lore of it.

The possibilities have gotten me very excited.

I'm looking forward to this also but I hope they found a good writer and editor. Lots to sort out here.

The casting news is important because of the series description posted by Production Weekly back in Janaury 2019, which showed that the adaptation would focus on Moiraine as the central character

Oooooooh!!! I love Rosamund Pike! I totally think she can pull it off.

Condensed down to about six books, and with far fewer repeating character archetypes (eg, you don't need seventeen stern, controlling older women), the story could be downright decent.

Not sure it would work as a movie, though. The plotting is fundamentally kind of juvenile, and in many ways, would qualify as a young-adult series. The story structure is simple, and almost everyone is being mostly honest and is trying to do the right thing. And they mostly agree on what that right thing is. There are a few deceptive characters (the Black Ajah, mostly), but that's not handled all that well, and would need major retuning to work in visual form.

This soon after GoT, I think they'll be too influenced by that show, and it's likely to go very poorly. They'll want to make it too dark, and the source material won't support that.

As an extra thought: they definitely need to drop the leashes for the Aes Sedai. Women on leashes = not cool. Probably best not to do it at all, but *least* do it with rings or something instead, if you absolutely insist on enslaved female mages.

And then they did it to one of the main characters, and every. Single. Aes Sedai's reaction was to giggle or brush it off.

It wasn't even depicted as them being hypocritical and willing to break their own taboos for power, it was just brushed aside. That, alongside some other very questionable scenes, made me drop that series mid way through.

I do hope they fix or avoid those kinda things, as with the leashes. But I suspect you're correct, Malor, and they'll end up increasing those bits instead.

And then they did it to one of the main characters, and every. Single. Aes Sedai's reaction was to giggle or brush it off.

It wasn't even depicted as them being hypocritical and willing to break their own taboos for power, it was just brushed aside. That, alongside some other very questionable scenes, made me drop that series mid way through.

Are you talking about Alanna? Because I remember that quite differently, she was a pariah amongst the other Aes Sedai for a very long time after that. Unless you're referencing something else I'm forgetting.

... almost everyone is being mostly honest ... there are a few deceptive characters ...

Whereas we definitely read different books. One of my main issues about the series as a whole was that if the various protagonists stopped scheming and co-operated for five minutes, they could probably have solved everything almost immediately.

I’m with Redwing. We remember very differently. Unless I’m forgetting something too.

While the plot and characters can be problematic and not on the same level of Martin, Kay, Hobbb or even Sanderson's non WoT books; the world building is top notch.

The magic system, the Aiel and Seanchan, Fades, traveling via the Ways; I love all of it.

If they embrace the High Magic of it all and Amazon pays for the production values, I'm all in, especially if the story focuses on Moiraine and Lan.

I'm just hoping this won't be run straight into the trash heap like the Sword of Truth TV series was. Those two book series are similar in nearly every way, but author.

I'm just hoping this won't be run straight into the trash heap like the Sword of Truth TV series was. Those two book series are similar in nearly every way, but author.

To be fair, Goodkind's series started in the trash heap as novels, too

Are you talking about Alanna? Because I remember that quite differently, she was a pariah amongst the other Aes Sedai for a very long time after that. Unless you're referencing something else I'm forgetting.

So here's what I remember, spoilered since this isn't the spoiler zone. It's been probably fifteen years since I read them.

So the first bit is when Rand was forced into becoming a warder (warden?) I remember the other Aes Sedai immediately wondering if it "worked" and she could actually control Rand. I don't recall who did that, because it's been fifteen years, but that pissed me off quite a bit.

The other bit I recall was when Mat was raped at knife-point by the queen (in a later book I think) and that was also passed off as "Bah, he enjoyed it" and giggles by the surrounding court and even his friends. It was seen as okay because he had previously been a ladies man, I guess? That was around the point I dropped the whole thing.

Yeah, you're thinking about Alanna regarding Rand. That did not go well for her at all.
Neither did Queen Tylin's treatment of Mat, iirc.