There's been a lot of fake news, false claims, and arguments about facts.

Try to keep each post to one event or dispute. If something changes or new information comes to light, please update your post (but add a note about what you edited).

Discussions or disputes should go in other threads. If you think something needs further discussion, please start a new thread. (Adding [i]one[/] post here with a simple link to the discussion thread is helpful. More than that is not.)

Every post needs to be backed up with citations and sources.

This is not the thread for breaking news. Waiting a bit for more confirmation or sources can often clarify the facts.

There's been a lot of rumors, false claims, and the like going around, on the left and the right.

This is the thread for posting verified facts. That means citations and sources.

If you want write a post yourself you may find it helpful to read this. Most importantly, the verifiable fact should be placed at the top of your post as a header. 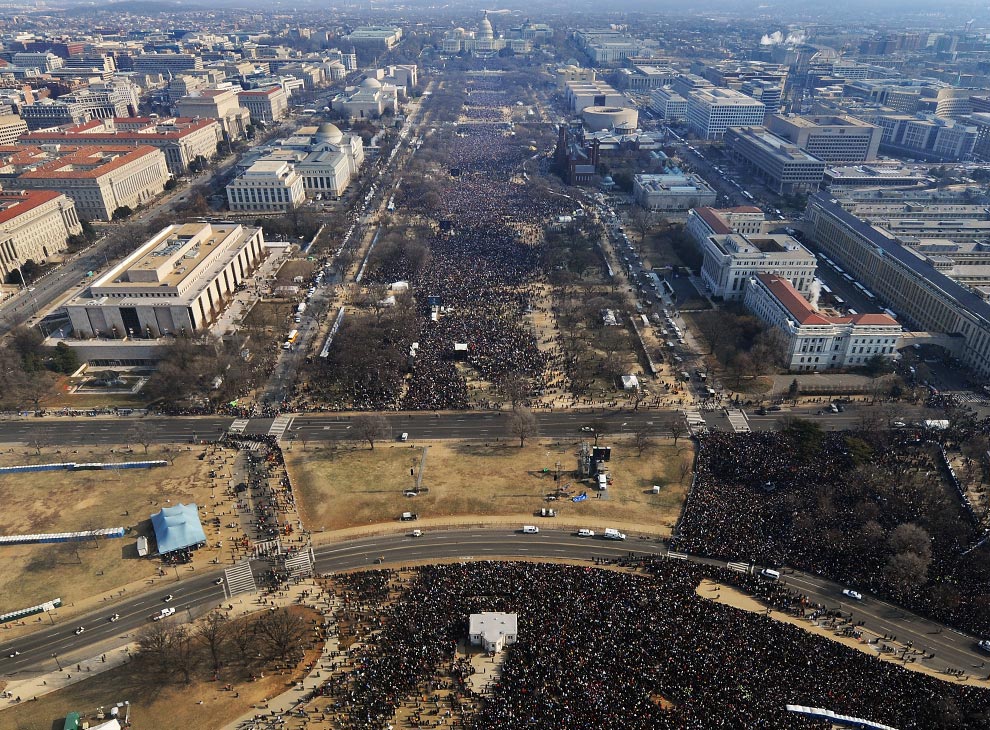 Obama's first inauguration still has the record for the largest audience

Official crowd sizes for the national mall stopped being released after the Million Man March, but general estimates are still made by other parties. Obama's 2009 inauguration still holds the record for the largest crowd size, with an estimate 1.8 million in attendance. You can see them in this gigapixel image, or this satellite view:

By comparison, Trump's inauguration was relatively less-attended, though still sizeable: 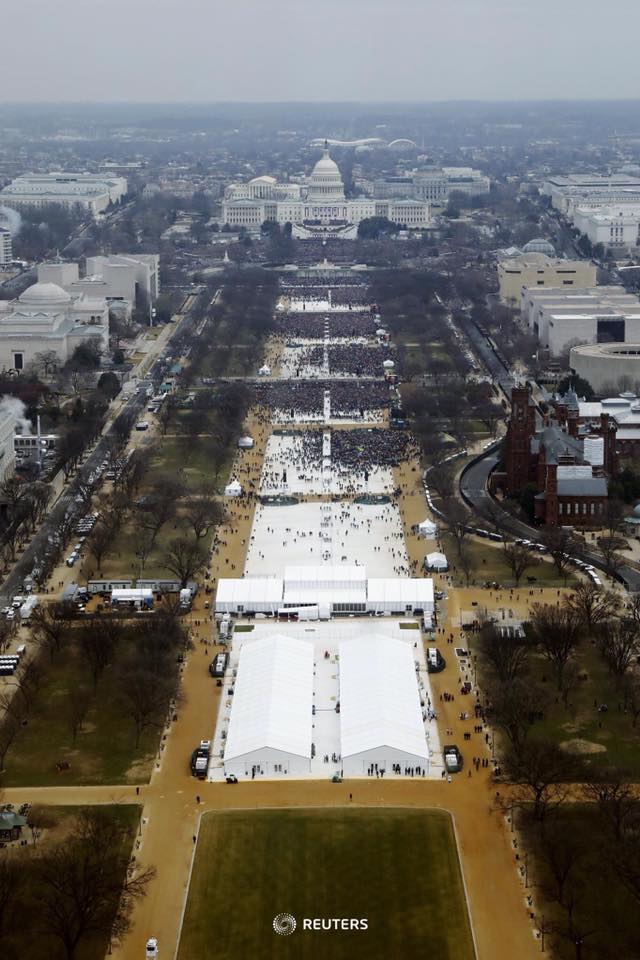 CNN has some side-by-side crowd shot comparisons. This timelapse also shows the comparatively small crowds throughout the day.

There was light rain during the inauguration itself, which no doubt discouraged attendance.

Comparing the Metro ridership gives us a useful proxy of attendance numbers. If you've been to DC you know that downtown parking is difficult at the best of times, let alone when half the capital is shut down for the event, so Metro traffic has good correlation with attendence:

As part of his feud with Meryl Streep the president has been claiming large crowd sizes. Despite his ego, and the increasingly desperate excuses that Spicer came up with, the truth is more mundane: I believe that, because it's hard to see much from the podium, Trump became convinced that the crowd was larger than it really was and insisted that his press secretary back him up on it. This is especially plausible because the excuses that Spicer made were easily fact-checked and demonstrated to be false.

In conclusion, Obama's 2009 Inauguration had the largest audience and most likely the largest total audience. Reagan in 1981 had the most remote viewers, at 41.8 million. Though realtively few were there in person: that was the first year they had it at the West Front, facing the Mall. LBJ had 1.2 million in person but was only shown on newsreels, not live television.

Trump, at the outside, only had the fourth-most in-person audience, around Clinton's '93 total, and somewhere between third-most and fifth-most remote viewers, with Carter having 34.2m in '77 and Nixon getting 32.9m in '73. 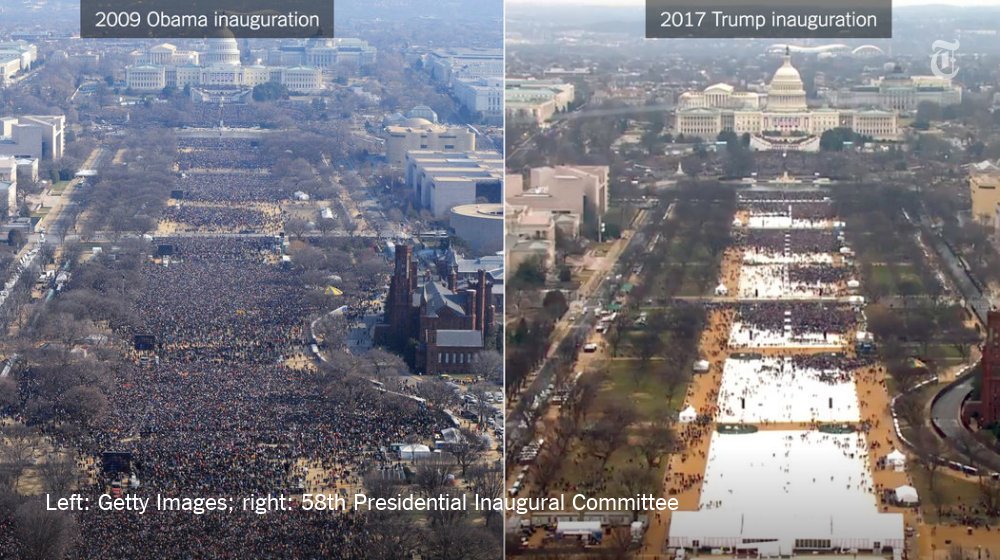 What is this? An inauguration for ants?!

This may be a helpful reference.
The complete list of all 80 false things Donald Trump has said in his first 4 weeks as president

The Star’s running tally of the bald-faced lies, exaggerations and deceptions the president of the United States of America has said, so far as this is a running tally that number and duration are ever changing.

They look to be sticking to things that are demonstrably false and, in spirit of this thread, providing sourced facts in place of.