Chumpy_McChump
Posted: December 1, 12:08 AM
Not a mistake, an evolution!

Why – and I mean this with all the disdain that I can muster – the f*ck would the US Congress care about what apps a given platforms sells?

Quintin_Stone
Posted: December 1, 12:39 AM
Not Without Incident

Because DeSantis is an authoritarian who wants the government to force businesses to comply with his conservative views.

If there's no mechanism for a talking point then it's just to trigger people and score points with their base. Ideally news headlines would treat such things differently but they won't, they'll let it lead to Y'allqueda burning down an Apple store or harassing Fiona Apple or Christina Applegate.

OG_slinger
Posted: December 1, 12:44 AM
Because Good is Dumb

Huh. Mr. "Neither Left Nor Right" purposefully lied in a manner designed to whip up a frenzy on the right. I'm shocked, I tell you. Shocked.

On Monday, Elon Musk picked a public fight with Apple, accusing the company of freezing its advertising on Twitter and wondering aloud if the alleged pause was because “they hate free speech in America.” In fact, Apple spent $84,615 on Twitter ads that very same day, according to data from Pathmatics, a digital ad analytics company. The day before that, Apple spent a full $104,867.

The data contradicts Musk’s claims that the iPhone maker “mostly stopped advertising on Twitter.” Apple’s Twitter advertising purchases actually grew from October to November, Pathmatics’ research showed. Apple spent $1,005,784 on Twitter ads in the first 28 days of November, already more than that company’s October budget of $988,523, according to the analytics firm.

The data shows Apple’s Twitter ad spending hasn’t changed much from its typical buys. The figure has fallen from unusually high numbers over the summer—$2 million in July and $3.3 million in August, but, between January 2021 and September 2022, Apple spent an average of $1,473,390 a month on Twitter ads, according to Pathmatics’ report.

Apple was Twitter’s top advertiser in the first quarter of 2022, making up 4% of the entire company’s revenue during that period for a total of $48 million, according to internal documents cited by the Washington Post. Though Apple’s recent Twitter spending decreased slightly, a million dollars in a single month is a far cry from “mostly stopped.” 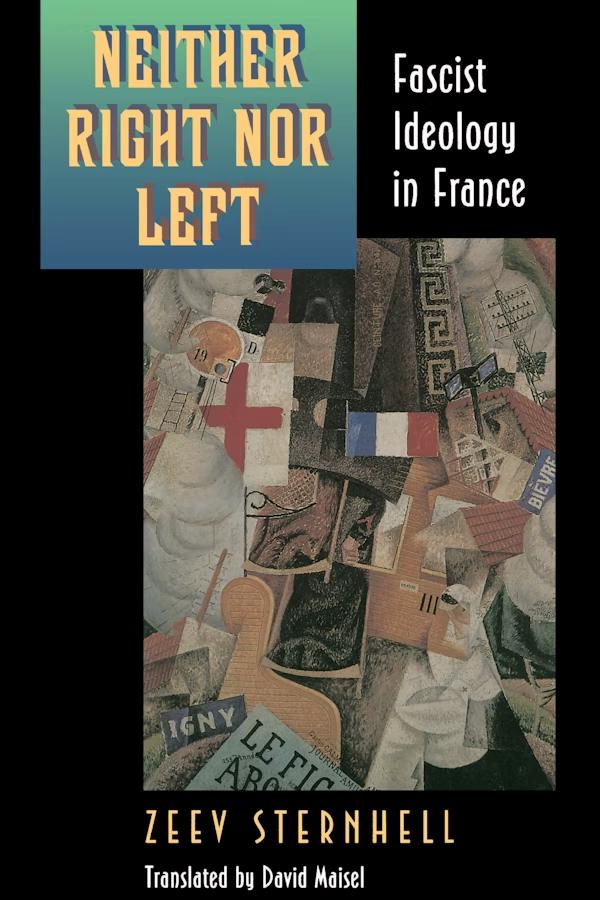 Orphu
Posted: December 1, 1:42 AM
Could be fourth declension neuter...

Yup. Our two parties are stuck in a death spiral. If a true 3rd party emerges the powers that be fear it will split the vote and guarantee their loss.

This is why Republicans can't say no to Trump as long as there is a significant (even a minority) base that rabidly supports him.

It is evidence that the GOP will never reform as they still deify Reagan, a president that destroyed this country:
Wellfare queen fallacy
Closing state mental hospitals (creating homelessness as we know it today)
Greed is good
Trickle down economics
Normalizing proxy wars
Greatly expanding the military industrial complex
Deregulation expansion
War on Drugs
Justice Scalia

It is almost like what damage didn't he do to royally screw this country?

He didn’t mention the best part, that he’s doing the entire interview masked: 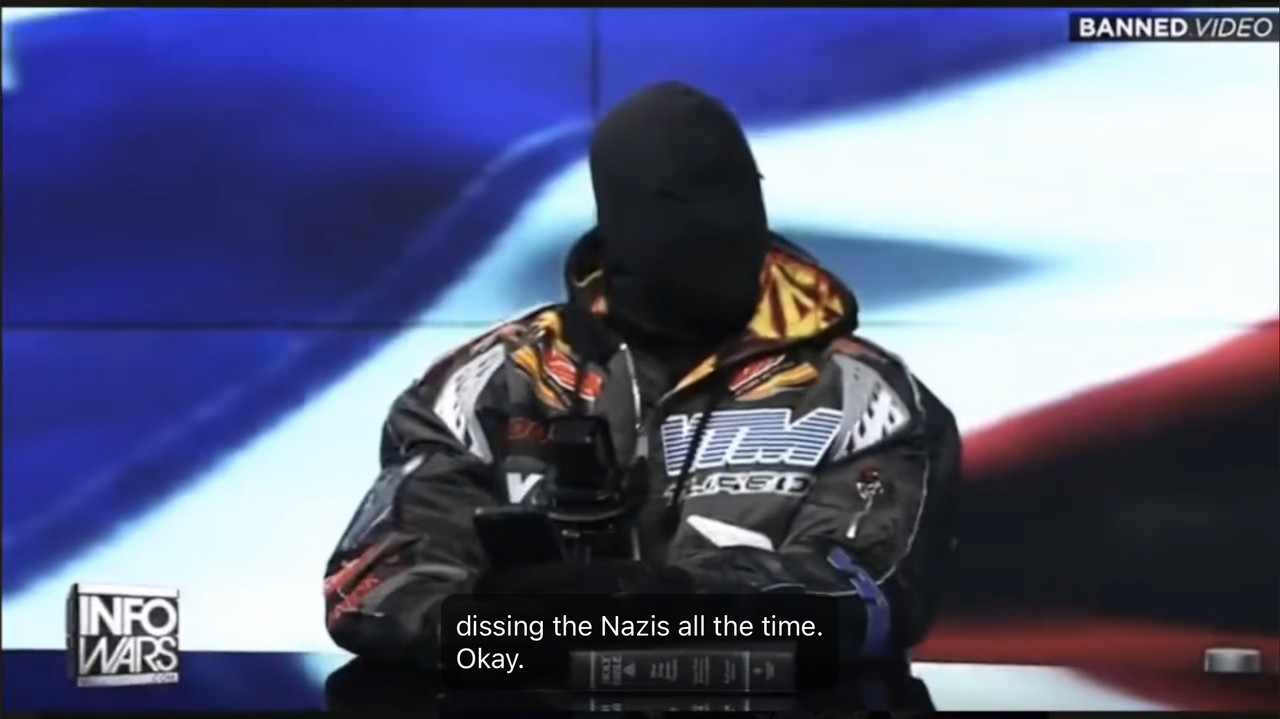 He also brought props. They started talking about Benjamin Netanyahu and Kanye pulled out a yellow net and a bottle of Yoo-hoo.

It is evidence that the GOP will never reform as they still deify Reagan, a president that destroyed this country:

After his second term, his VP and successor, GHWB, got 426 EVs himself.

Since the 1988 election, no Presidential candidate from either party has reached the popular vote percentage that the Republicans got in 1984 or 1988, and nobody's even been close to the electoral votes they got in any of the 3 elections in the 1980s (Bill Clinton was closest with 379 in 1996). The only Republican since then to even break 300 was Trump, who got 304.

It's no wonder they look back fondly at a time in history when they could actually win elections by a relative landslide instead of praying that certain swing states go their way while they lose the popular vote.

It was so anti-Semitic that the GOP House Judiciary twitter account finally took down their "Kanye. Elon. Trump." tweet that had been up for two months.

It was so anti-Semitic that the GOP House Judiciary twitter account finally took down their "Kanye. Elon. Trump." tweet that had been up for two months.

He was full-on praising Hitler, denying the Holocaust “was a thing,” and complaining about people misjudging the Nazis… you could see that he was even making Alex Jones uncomfortable. I was worried about Fuentes and Milo trying to manipulate Kanye into furthering their own goals but it’s pretty clear at this point that they can’t control him and he hasn’t even an ounce of concern about maintaining any sort of credibility. 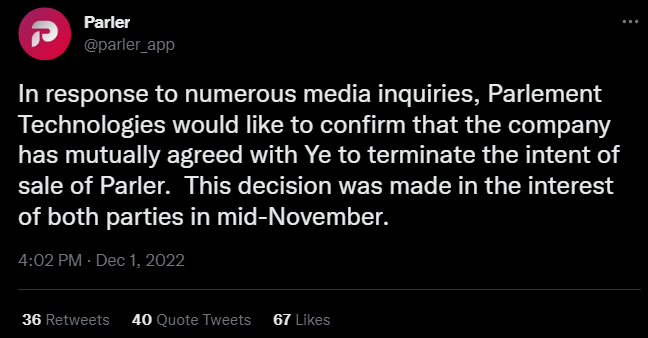 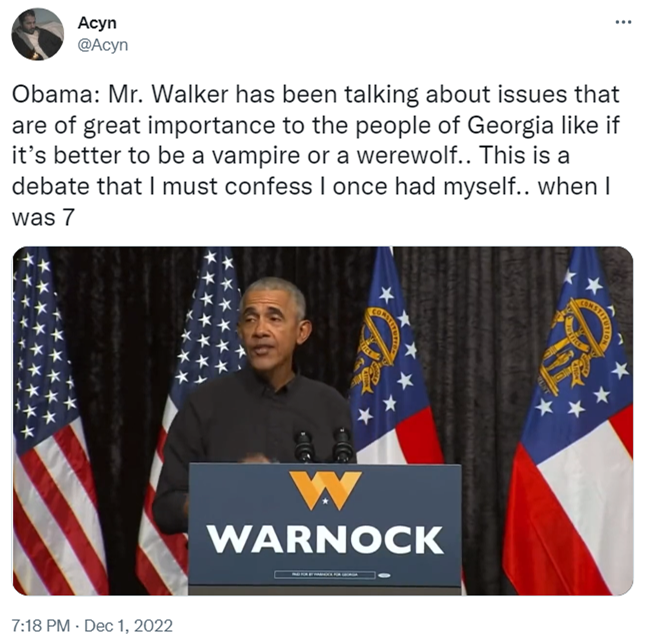 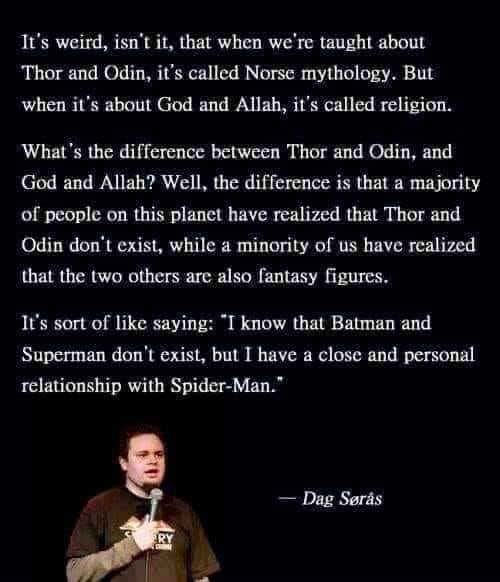 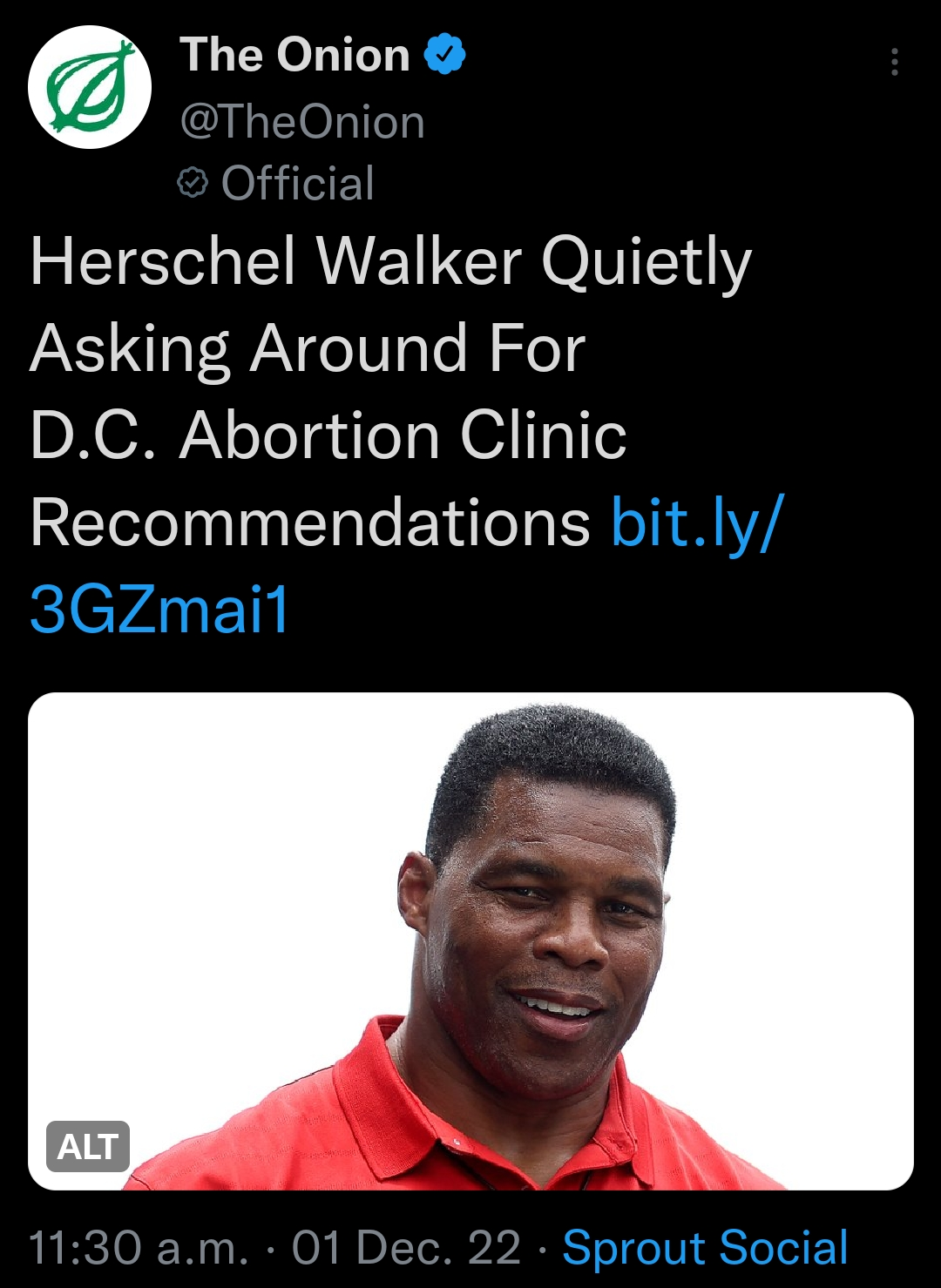 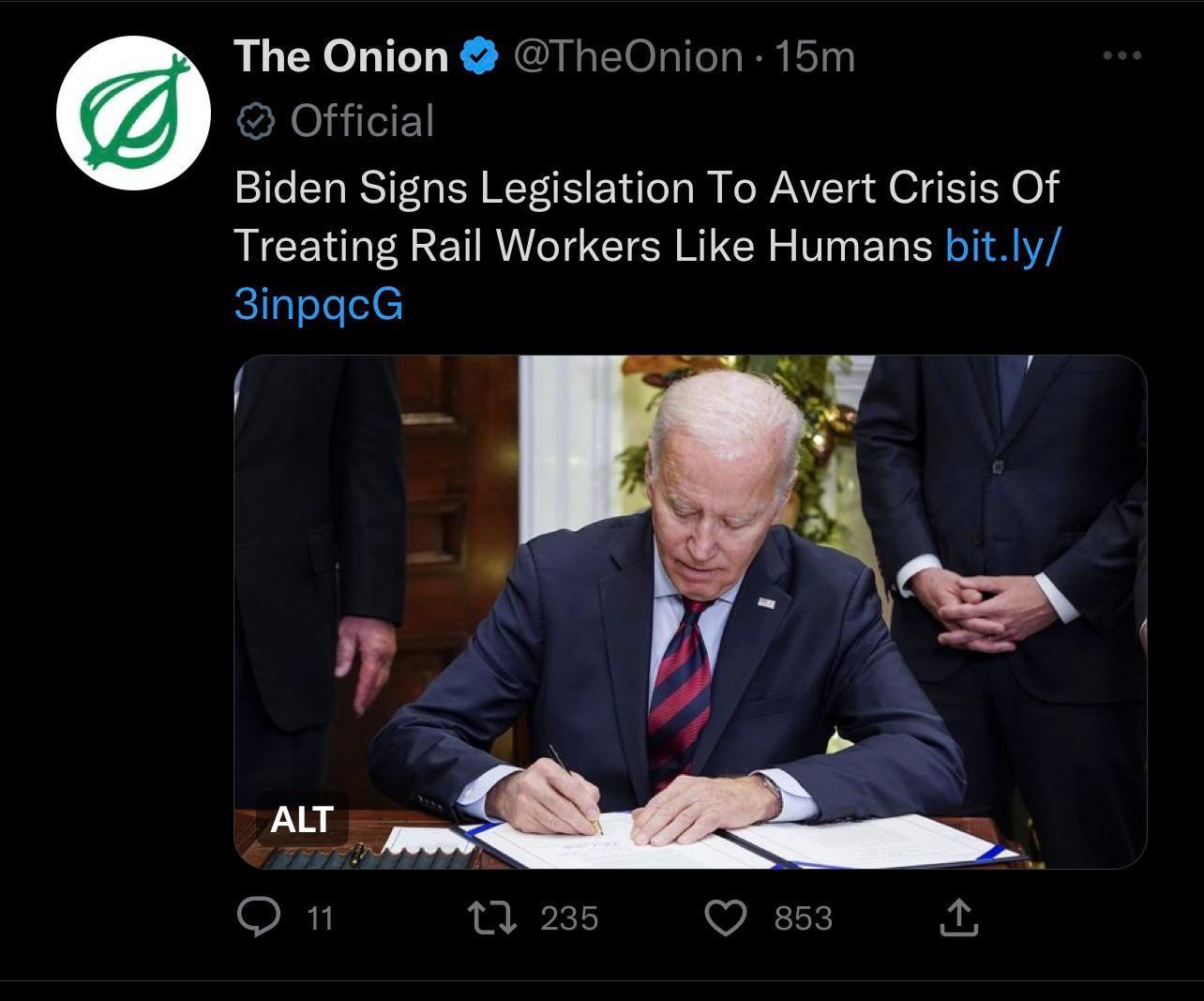 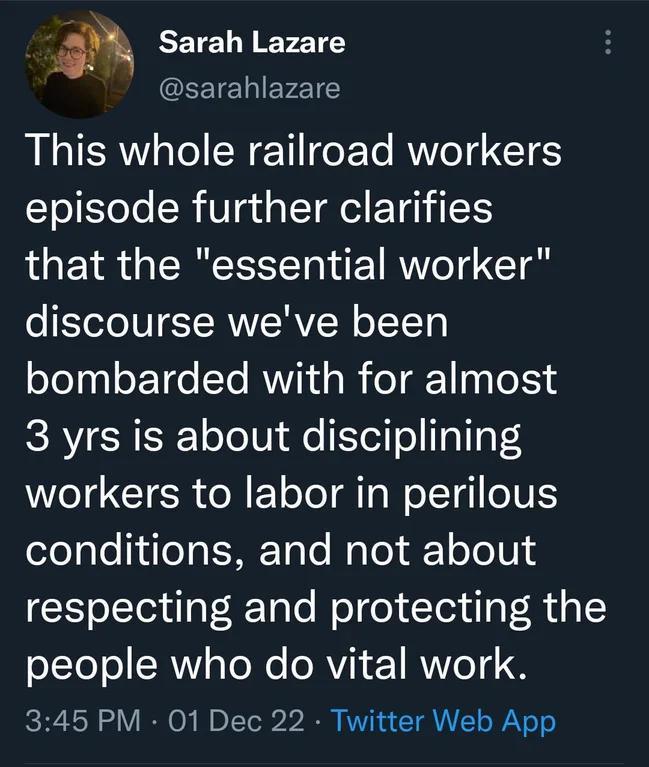 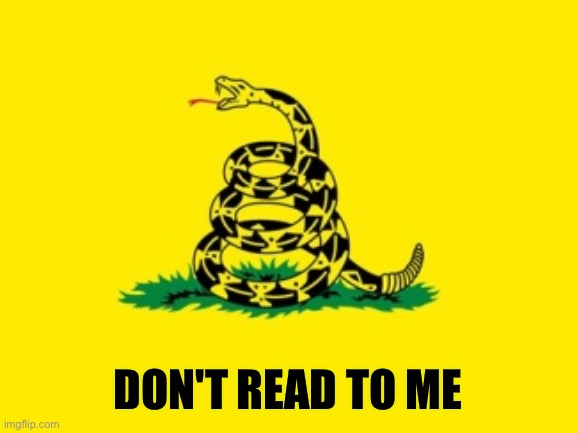 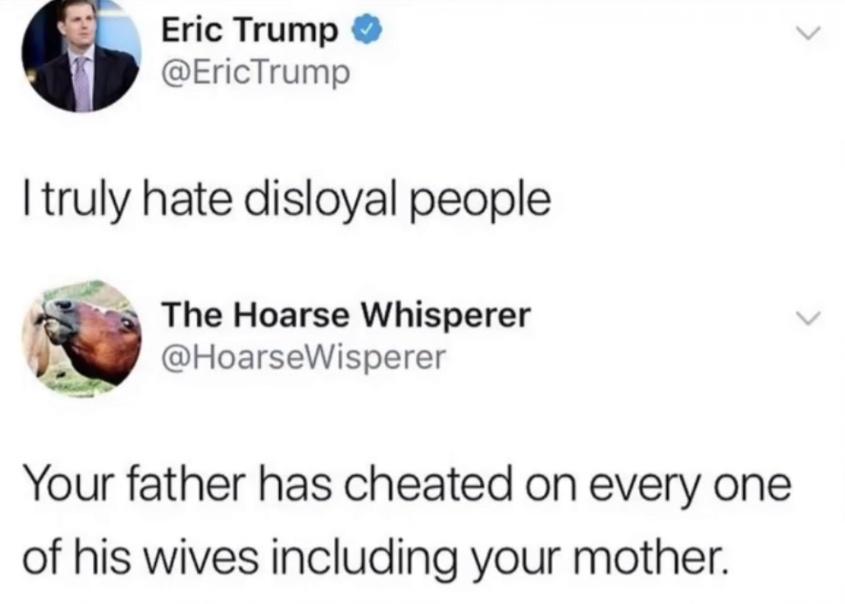 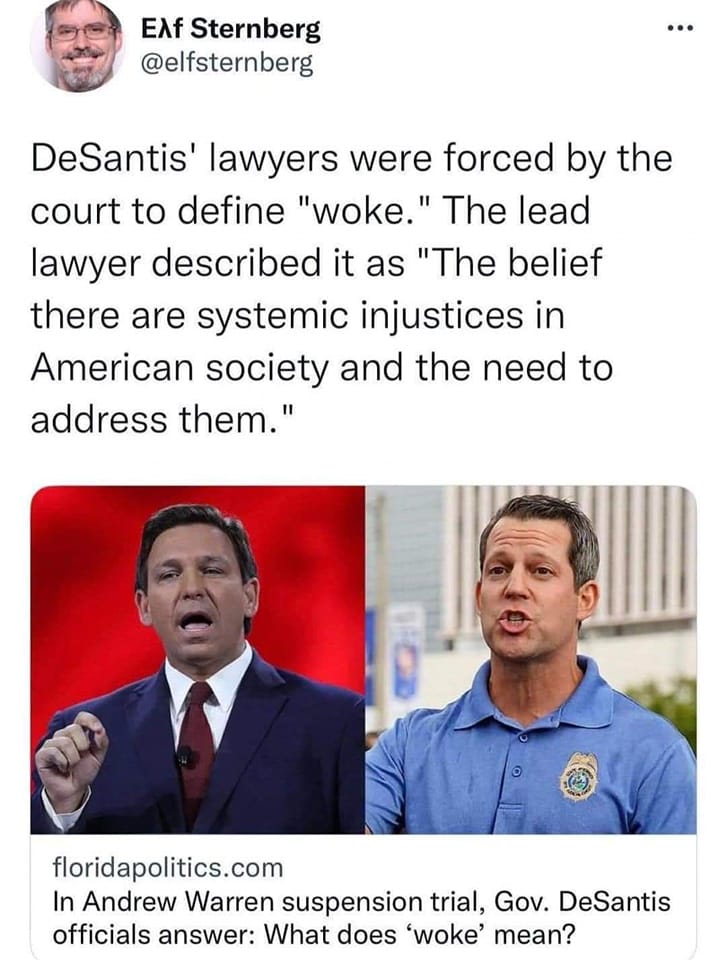 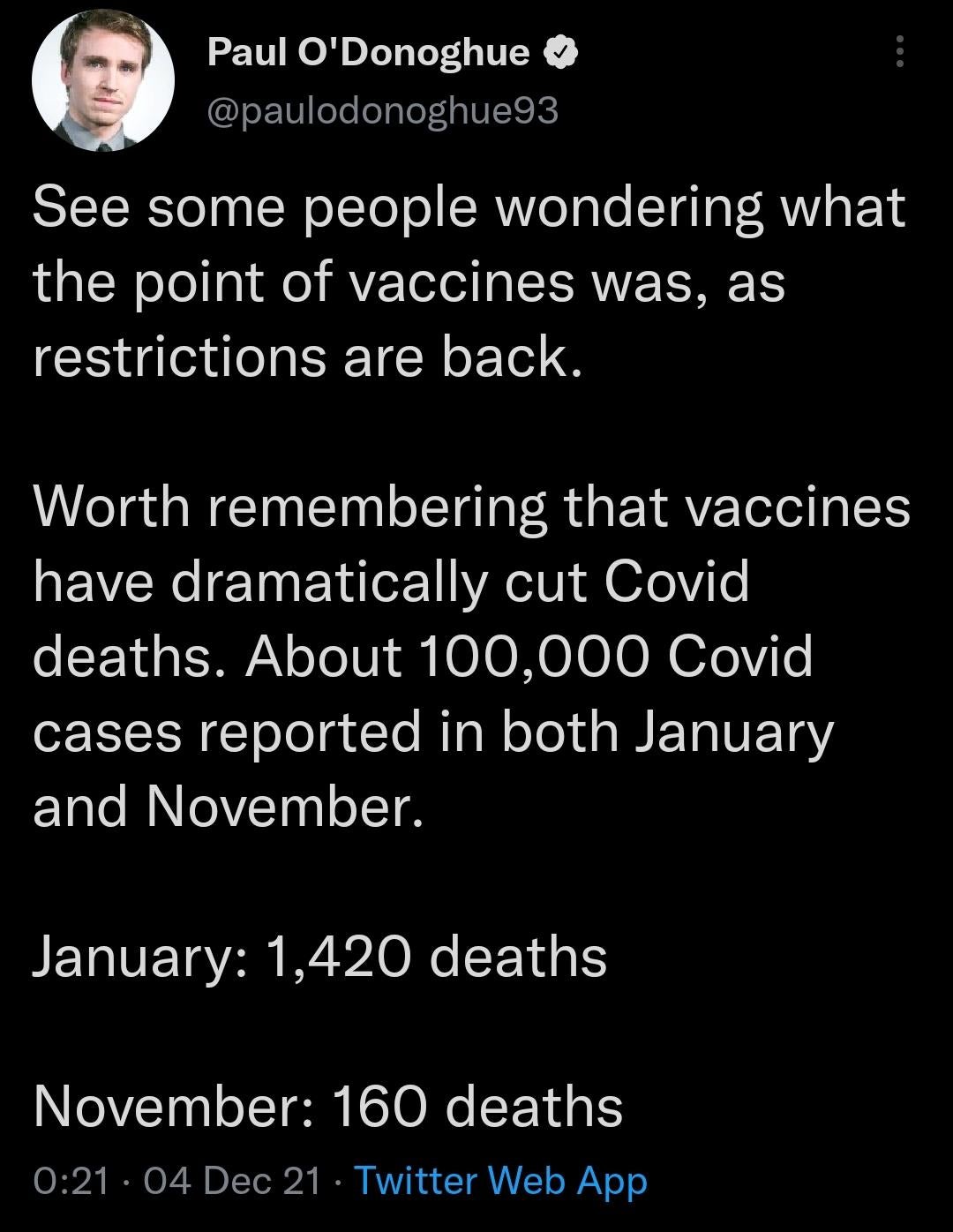 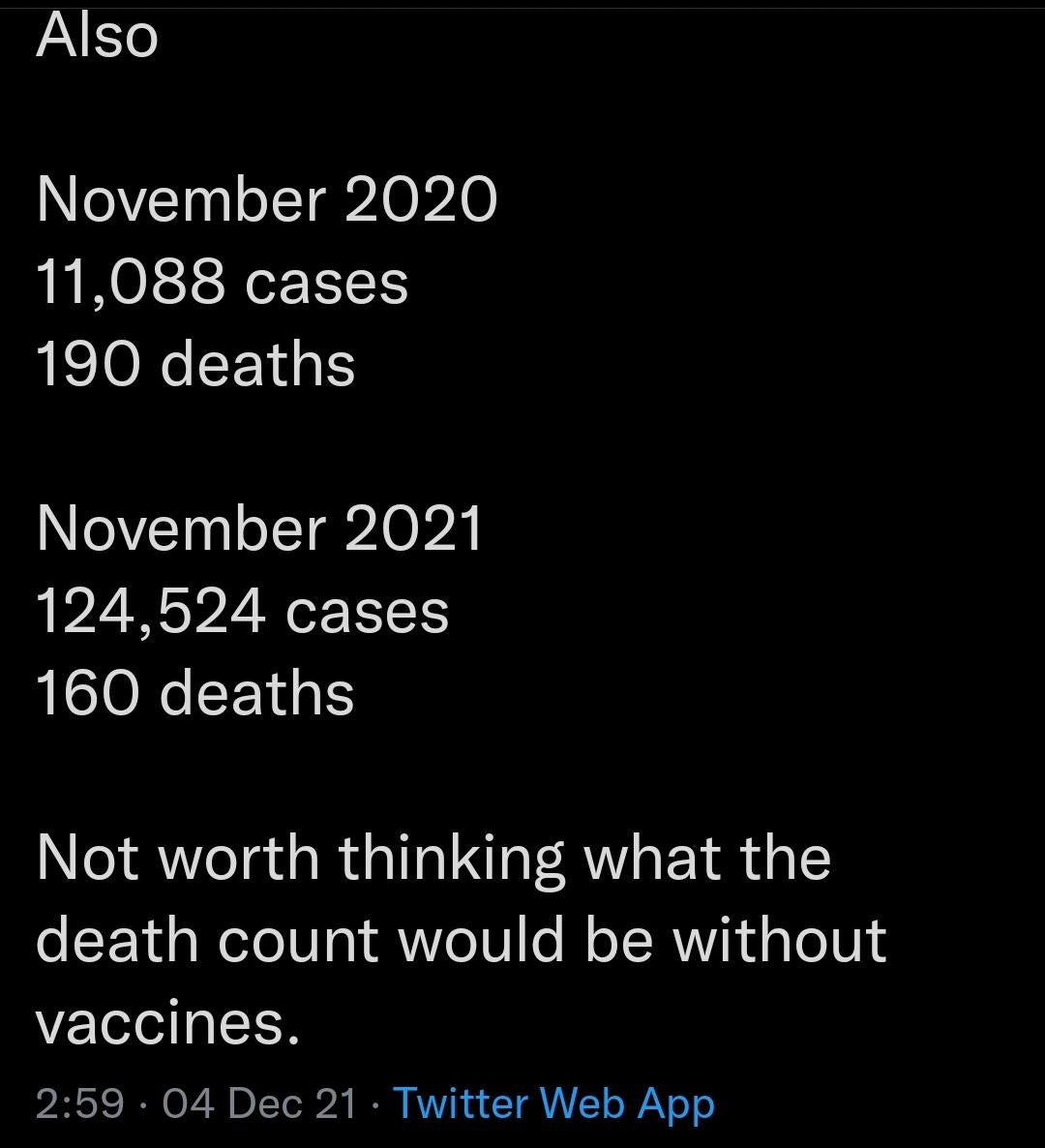 Glad we agreed on something!

But this is actually an interesting definition. Does the right only disagree with the need to address the systemic injustices, or with the existence of them as well?

But this is actually an interesting definition. Does the right only disagree with the need to address the systemic injustices, or with the existence of them as well?

I think it depends on which part is out said loud and which part is spoken quietly. They will deny that they exist out loud and deny the need to address them quietly.

Clearly not. Systematic injustices are a feature for them. White supremacy doesn't exist without them. 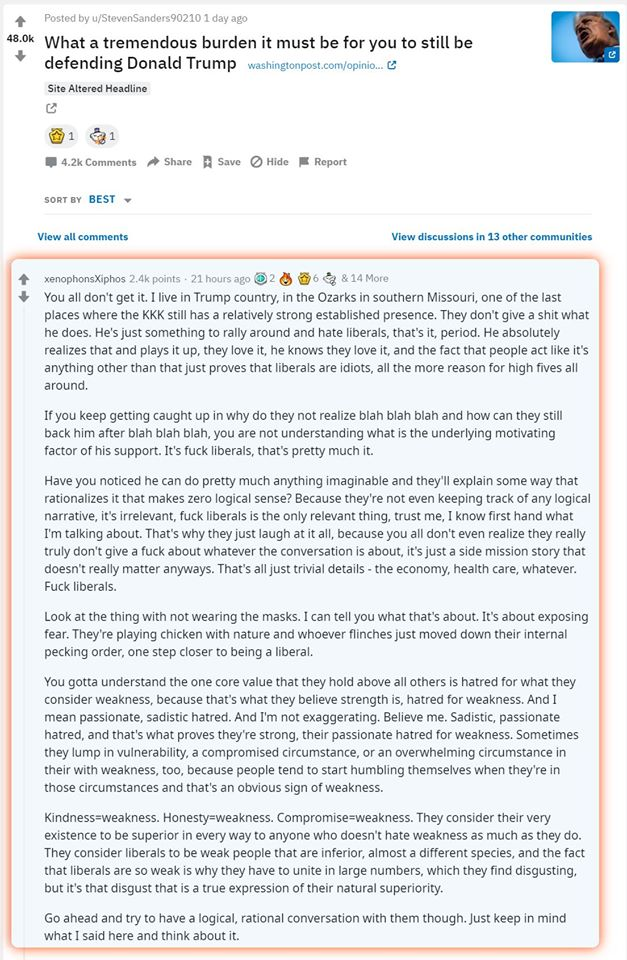 I have been to the Ozarks many times and that tracks.

Every accusation is a confession. Talk about extreme self-loathing.

That's both very sad and very enlightening. Thank you.

Hatred of weakness and fear of being perceived as weak. This is also the reason every male in this god-forsaken red state I live in has to drive a giant pickup truck they don’t need, can’t afford gas for, and can’t effectively park between the lines.

Orphu
Posted: December 7, 2:56 AM
Could be fourth declension neuter... 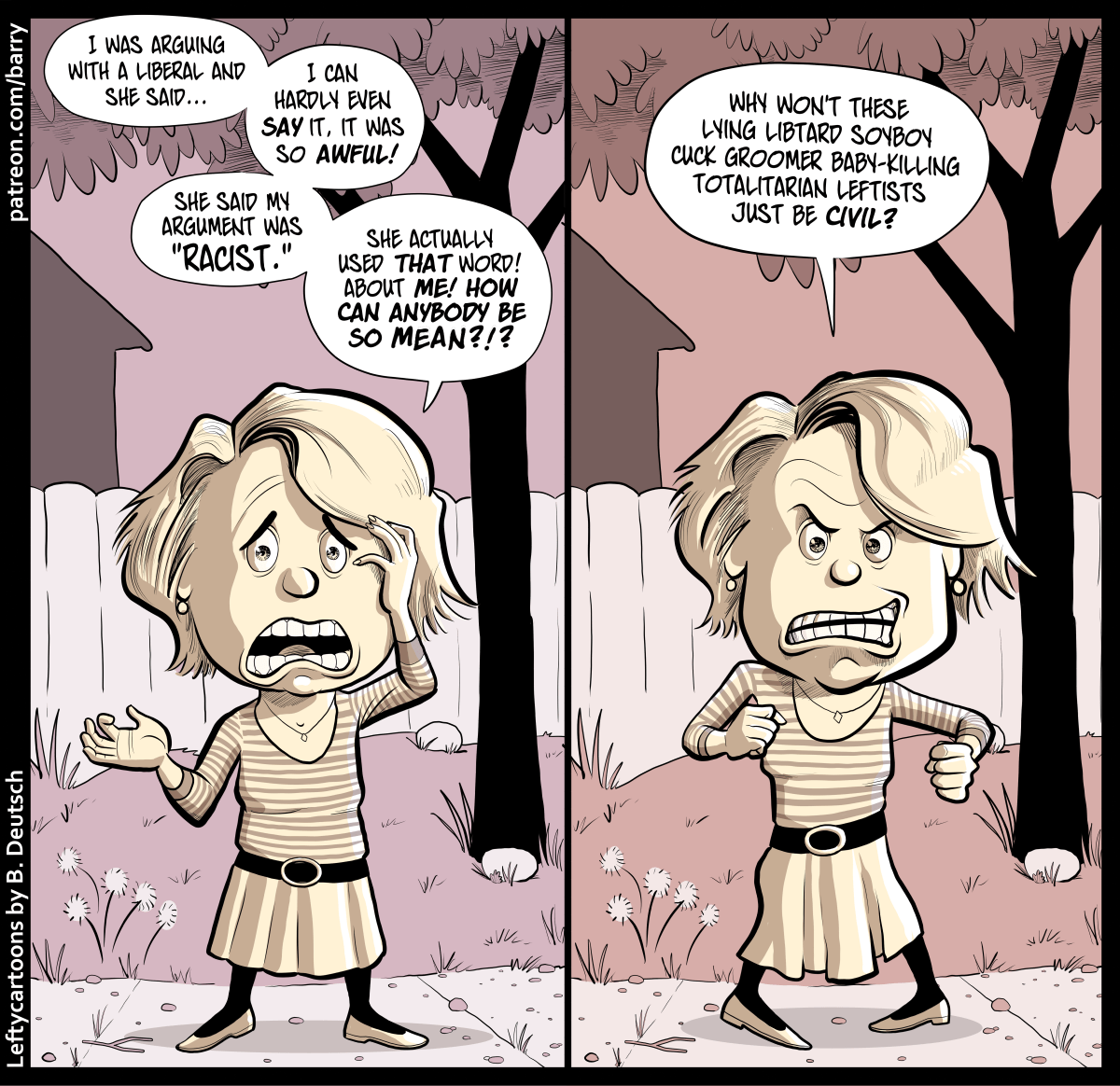