Why would he think that post was acceptable? The worst part of how corrupt this idiots are is how bad they are at it.

So many questions...not the least of which is wtf is "black water"?

Well, the first result from a google search on that question yields this from Wikipedia:

There’s an actual black-colored bottled water called blk water. I’ve never tried it but remember seeing it on the shelves at stores and thinking “that’s stupid.” 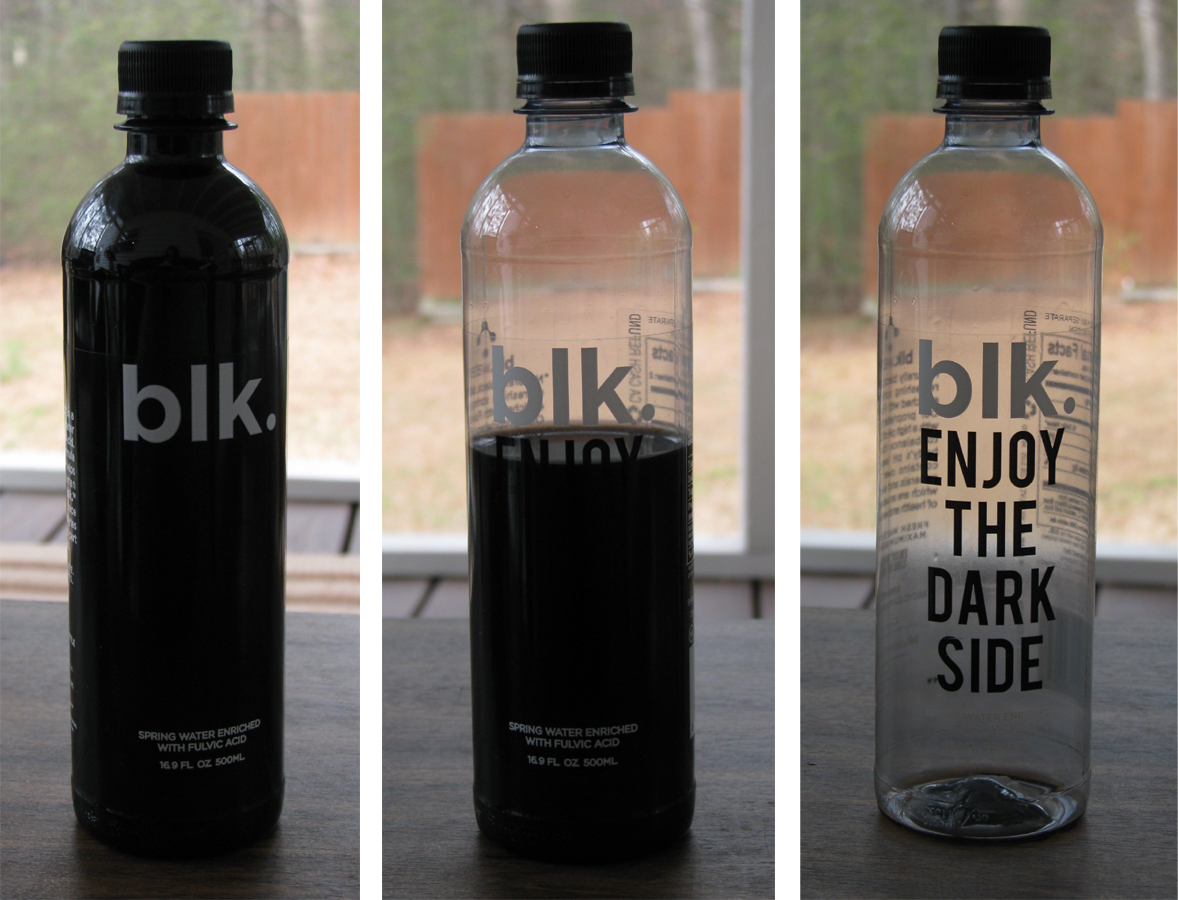 My buying decision on that water rests on what color it will turn my poo. 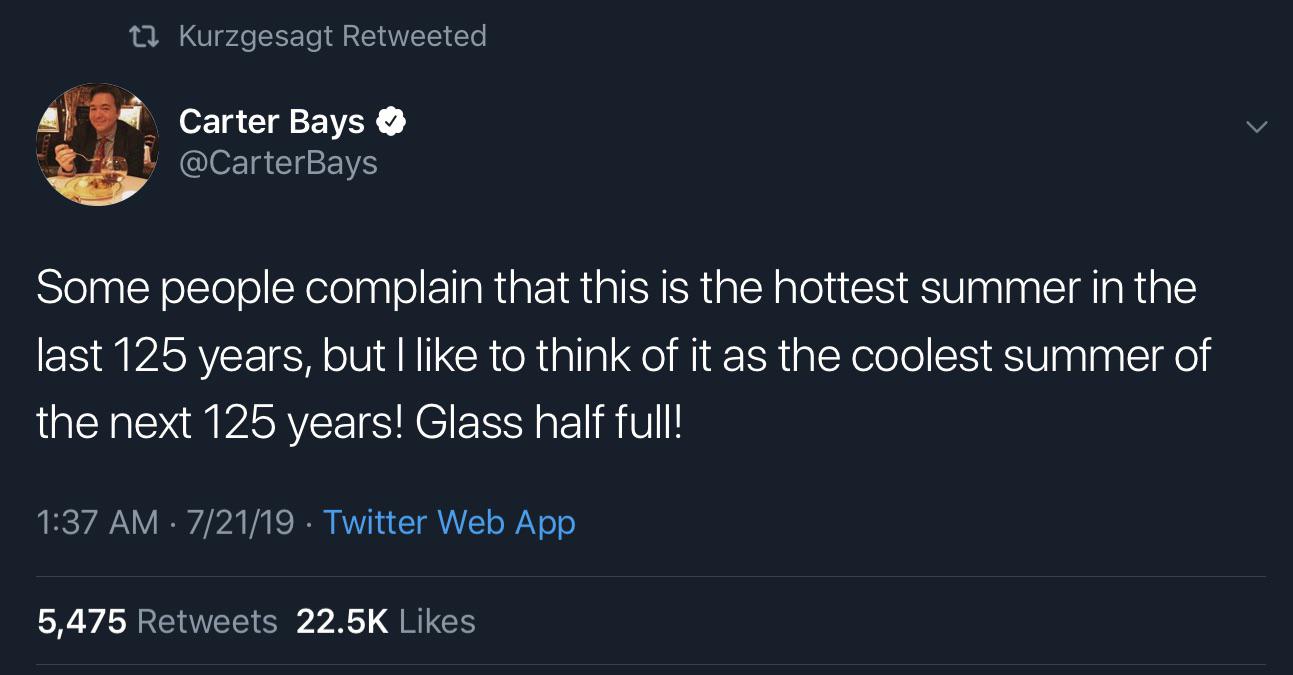 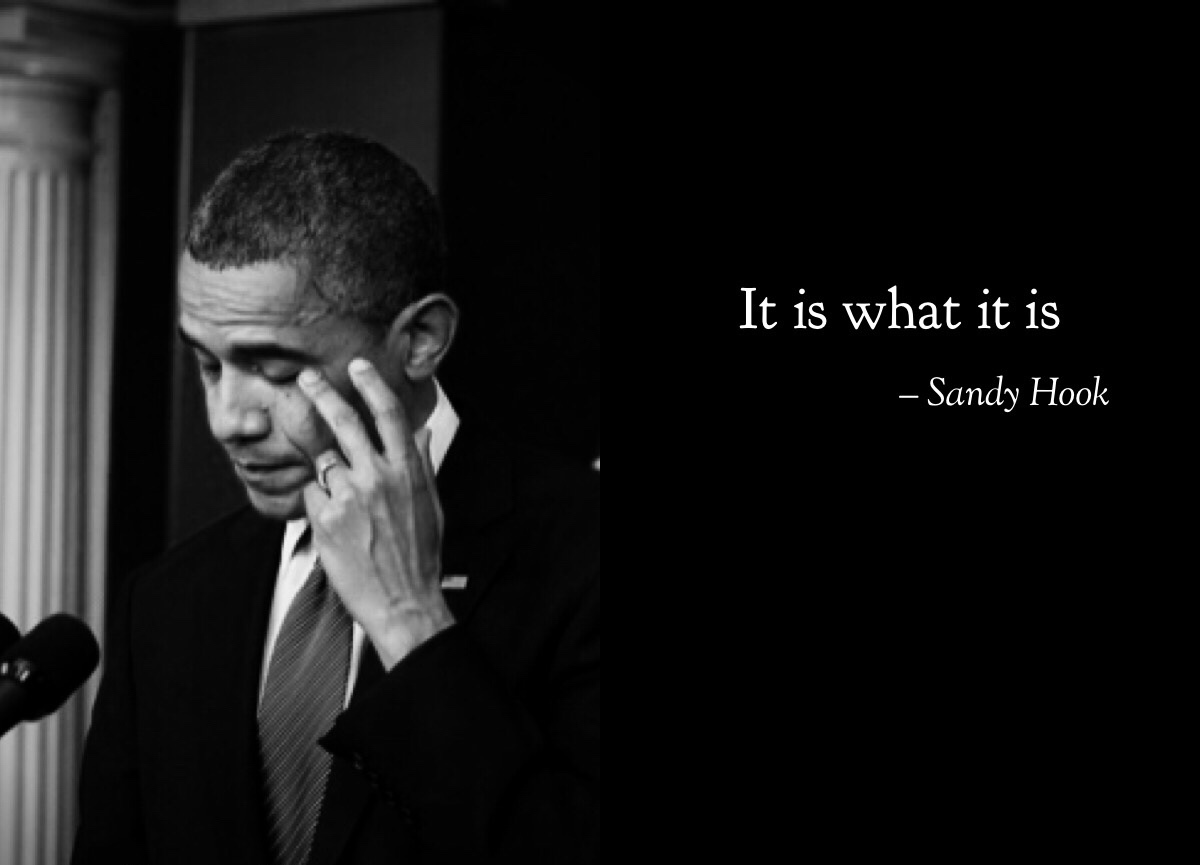 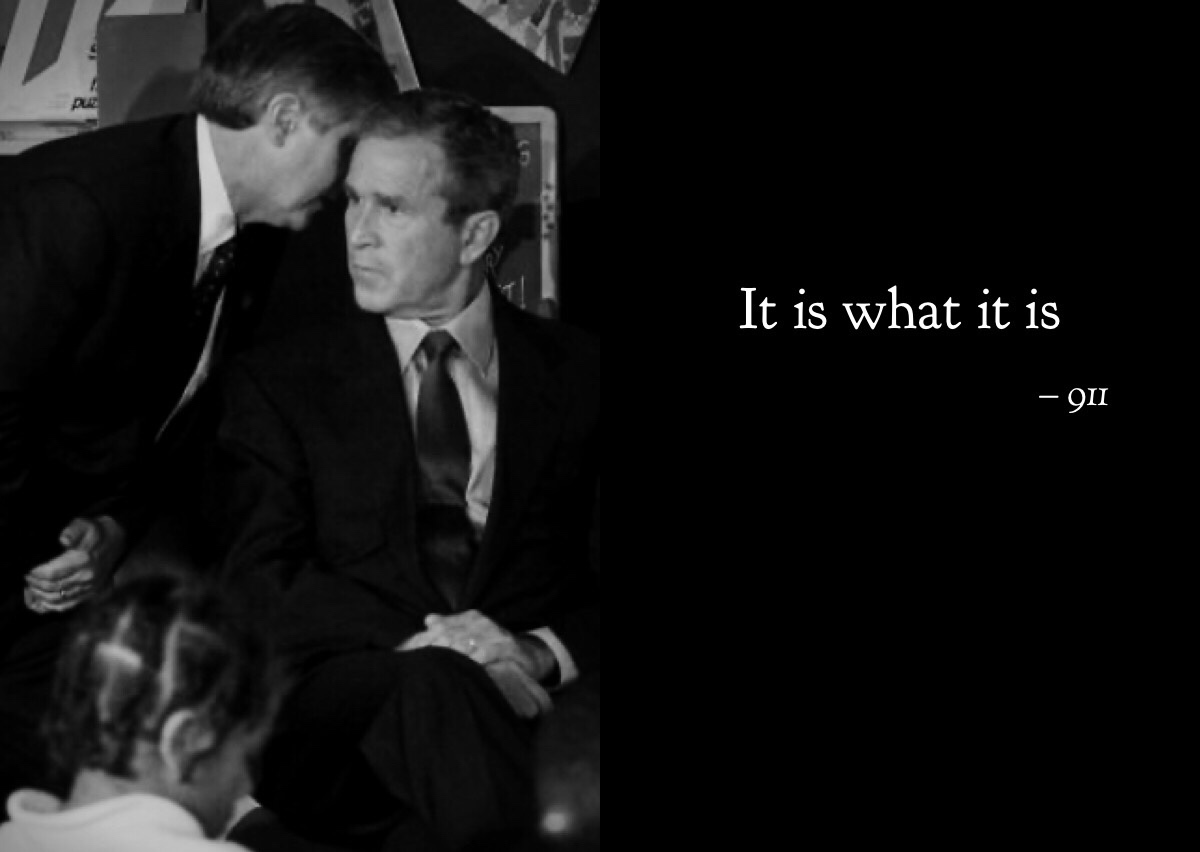 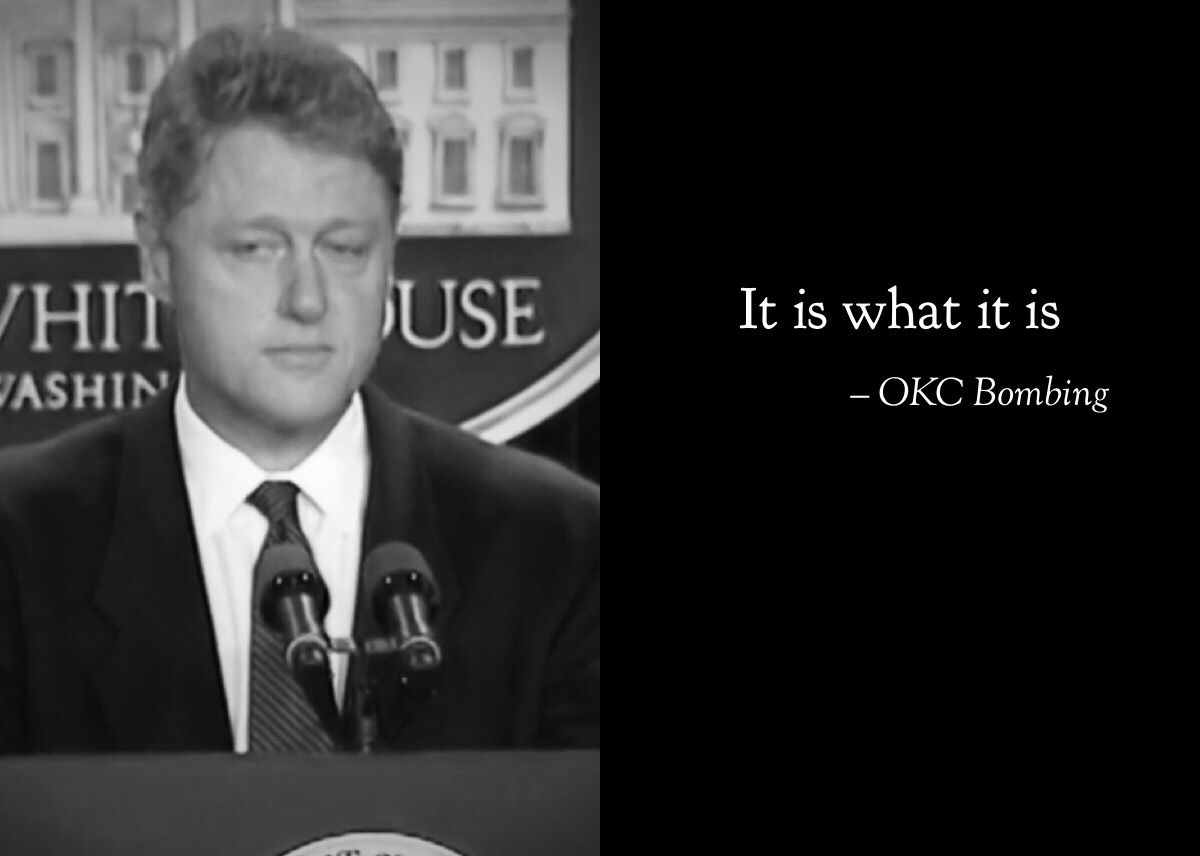 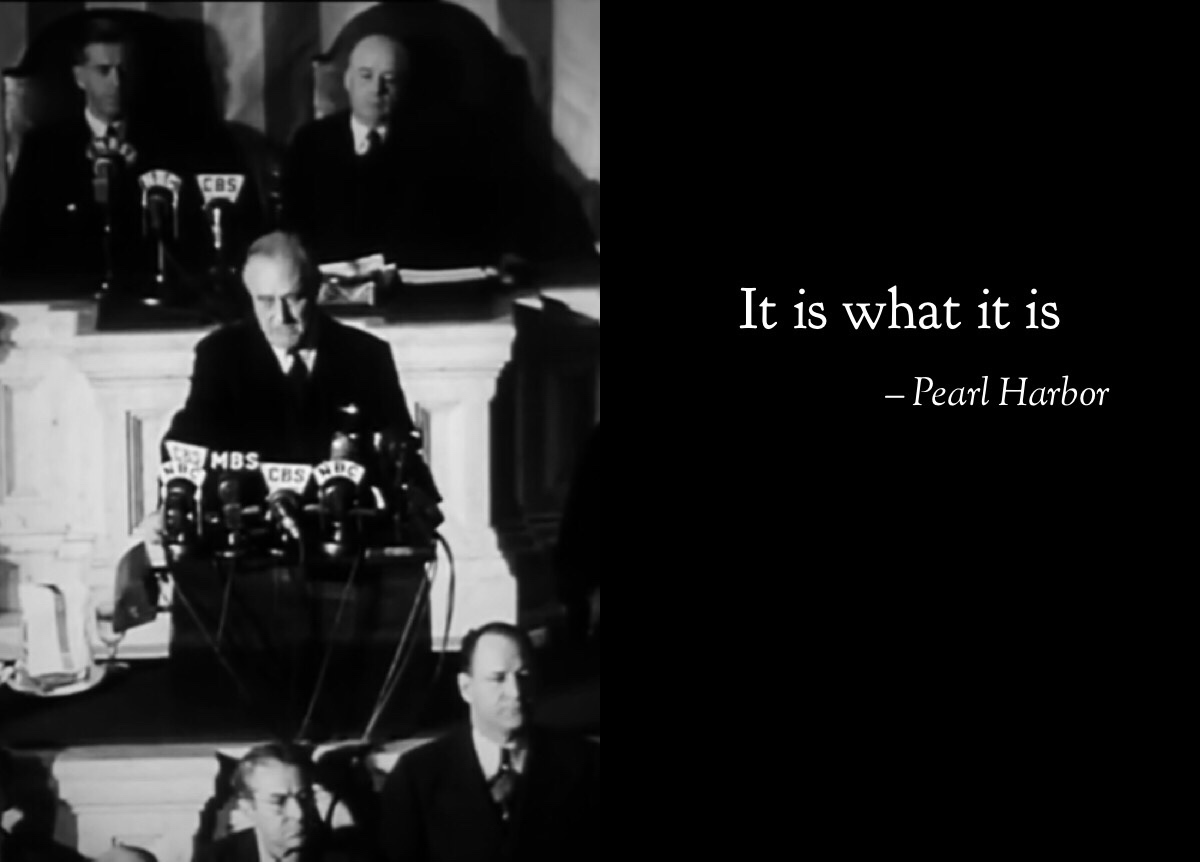 need the sound on. 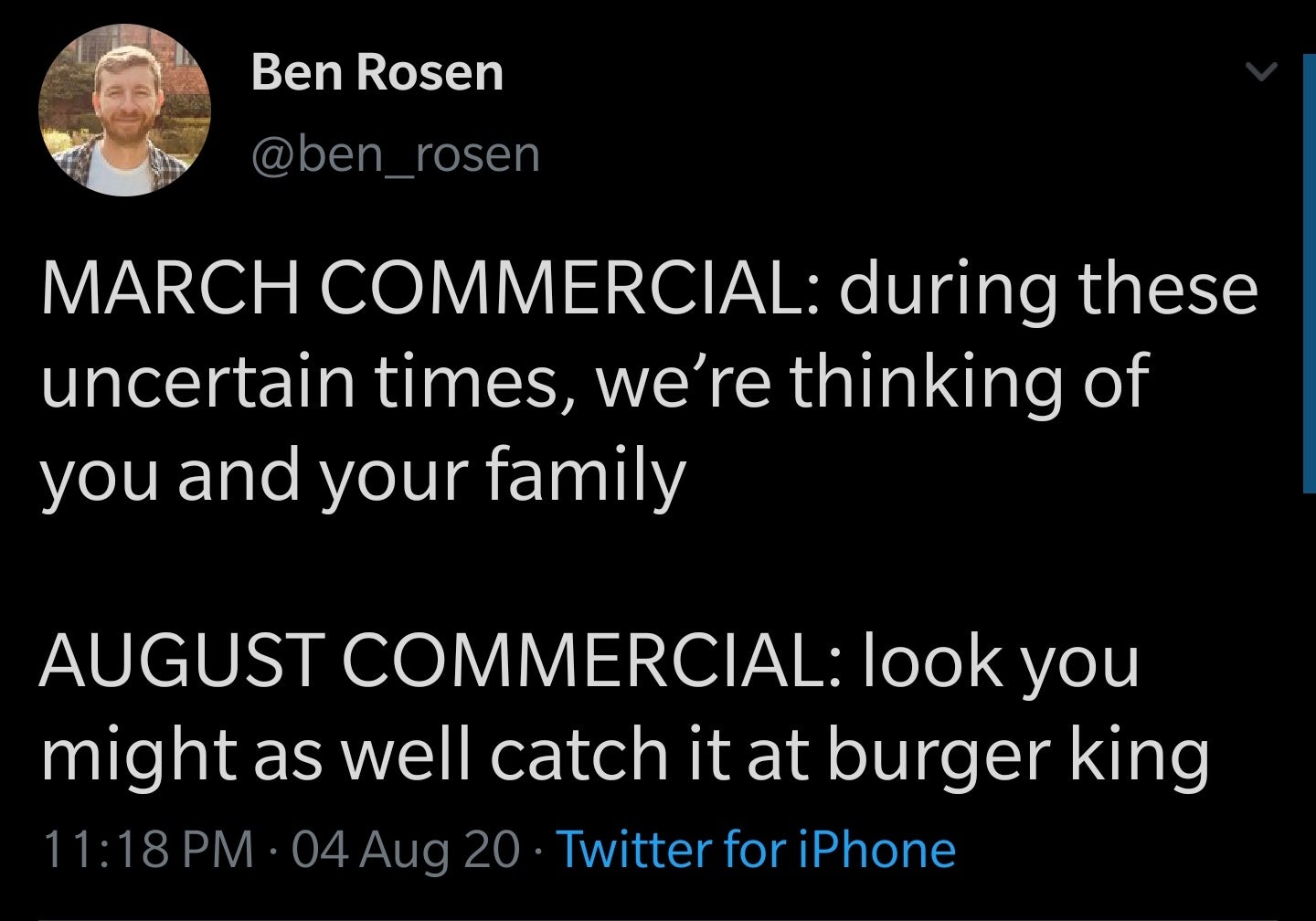 The fact that it is real makes me laugh even more. 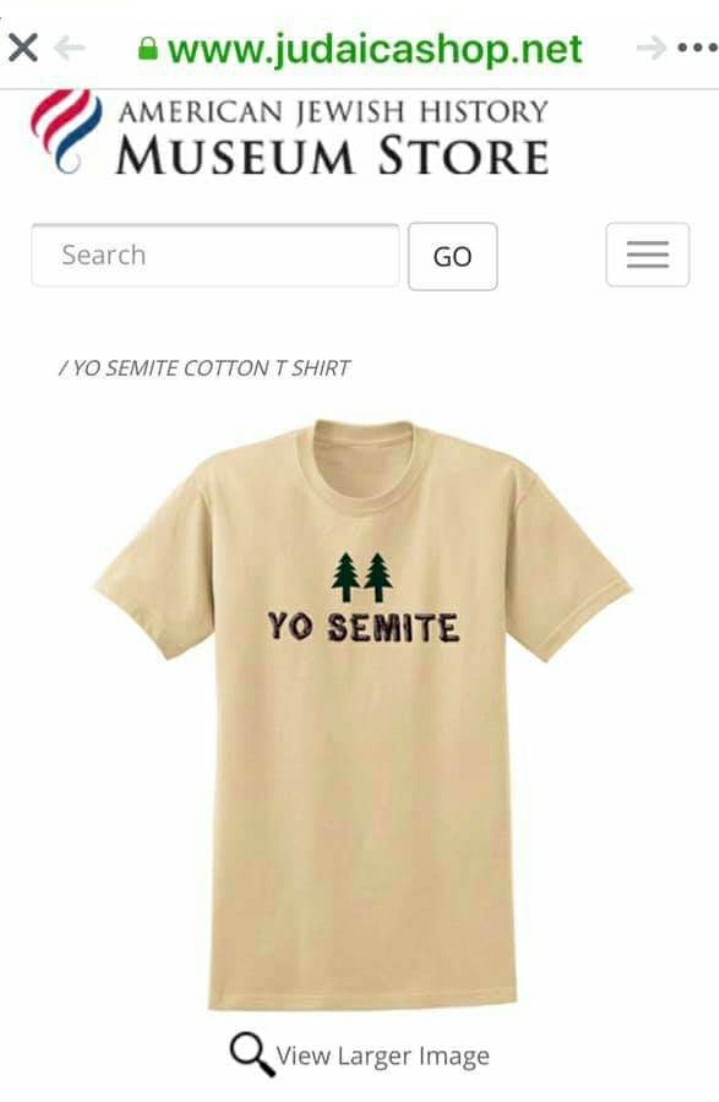 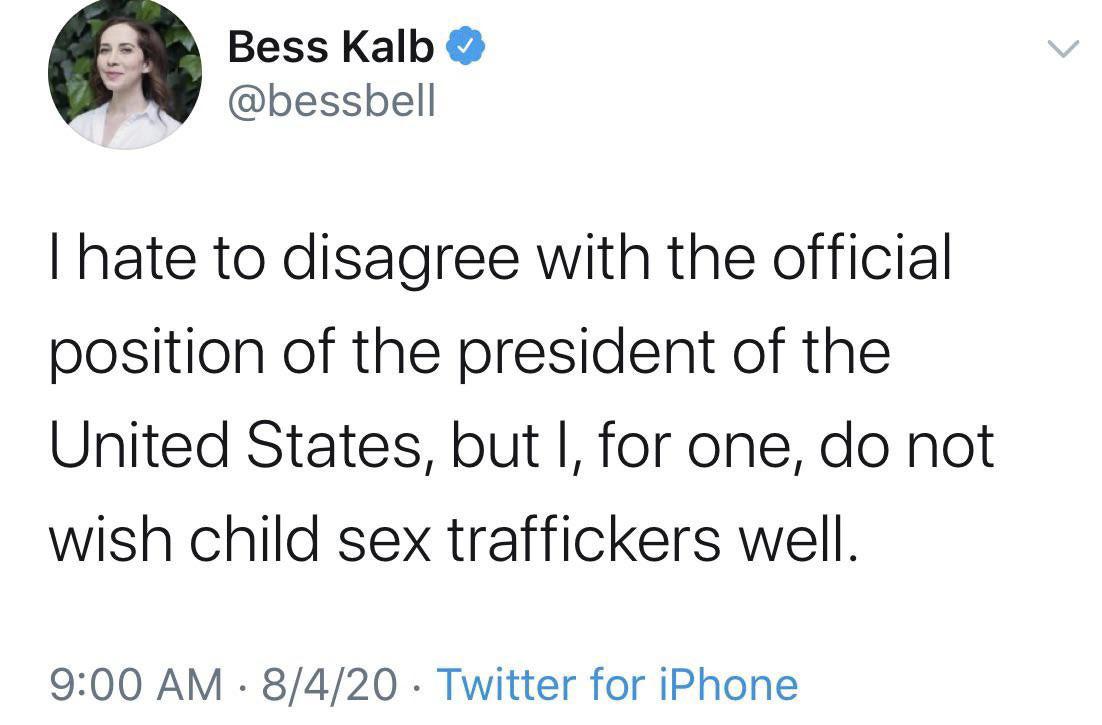 I think it is pretty easy to disagree with the official positions of this president.
Besides, we are his boss, not the other way around. Every president should be concerned about how the American public views their official positions...

deftly
Posted: August 7, 4:45 PM
It Burns When I Everything

That guy is a real person from the real world, the dialogue in the first panel is verbatim what I heard him say in the supermarket checkout line. Those are the clothes he was wearing. That is his real hair.

I'm impressed with how much he manages to express from an asparagus wearing a facemask. 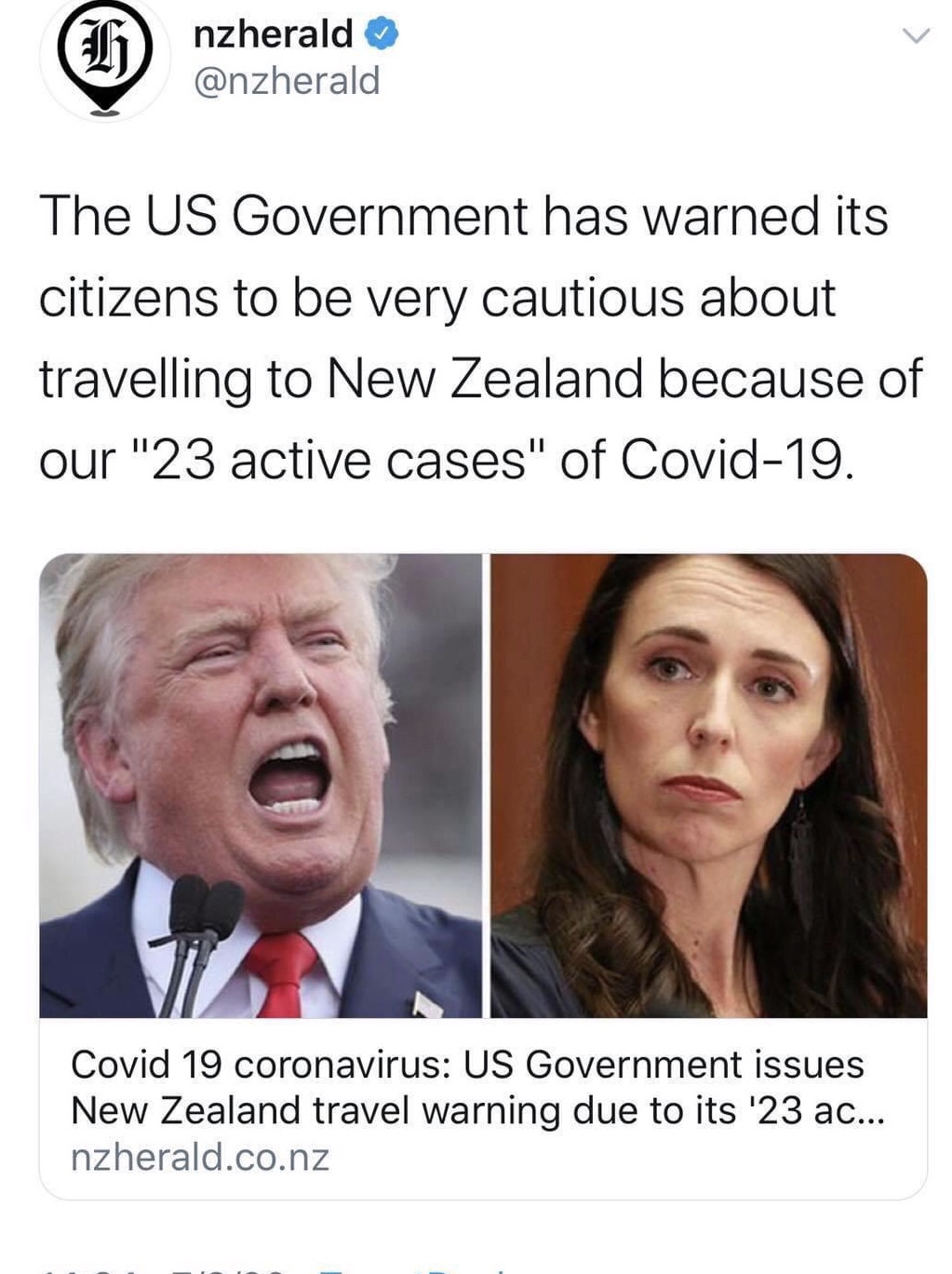 That guy is a real person from the real world, the dialogue in the first panel is verbatim what I heard him say in the supermarket checkout line. Those are the clothes he was wearing. That is his real hair.

I'm impressed with how much he manages to express from an asparagus wearing a facemask.

I don't know why, but the white guy in this comic IMMEDIATELY acquired a Jason Mantzoukas voice.

I thought that must be fake news, because nobody is THAT stupid. But no! Our largest newspaper is actually reporting that!

I thought that must be fake news, because nobody is THAT stupid.

America: Still #1, and still proud of it.

Malor
Posted: August 8, 6:56 AM
Discretion is not the better part of

And note that every one of the 23 NZ cases are under actively managed isolation by the government.

Is it because any American traveling to NZ is likely to be an addition to those 23 cases?

Jerry Falwell Jr., a prominent evangelical ally of President Trump's, is taking "an indefinite leave of absence" from his positions as the president and chancellor of Liberty University in Virginia.

The move comes days after Falwell received criticism for posting a photo to social media that showed him with his pants unzipped alongside a woman who is not his wife.

In a brief statement, Liberty University said members of its board of trustees had met Friday and asked Falwell to step down from his positions "effective immediately," and that Falwell had agreed. Falwell did not immediately respond to requests for comment from NPR.

Falwell faced criticism this week from both conservative and liberal commentators after posting the controversial photo to his Instagram account. Meghan McCain, daughter of the late Republican Sen. John McCain, tweeted, "How is this Jerry Falwell Jr. photo even real? Also if you're running the largest Christian university in America maybe don't put photos of yourself on social media with your pants undone on a yacht - with random women in bad wigs. So gross, so hypocritical."

Falwell told the Lynchburg, Va., radio station WLNI on Wednesday that the photo, which was later removed, was taken in "just in good fun" during a costume party on vacation. He said the woman in the photo was his wife's assistant.

"It was weird," Falwell told the interviewer. "She's pregnant, so she couldn't get her pants zipped. I had on a pair of jeans I hadn't worn in a long time, so I couldn't get mine zipped either. So I just put my belly out like hers."

My friend suggested that he posted the video to prove that he wasn't gay. I guess it is better to be fired than gay?

Need a term for that uncomfortable situation where someone you intensely dislike is being attacked for doing something that, in general, you don't think people should be attacked for.

Need a term for that uncomfortable situation where someone you intensely dislike is being attacked for doing something that, in general, you don't think people should be attacked for.

It's not the behavior itself he deserves being attacked for, it's the brazen hypocrisy.

I do think that'd be a useful term to have though.

Regarding the New Zealand thing. The Trump administration is certainly dumbass and petty enough to single out NZ for an unwarranted travel warning because they're feeling insecure about how successfully they've managed it. But I don't think that's what's happened here. It looks to me like the State Dept has issued travel warnings with similar stock language for all countries in the world. NZ is under the "exercise increased caution" category, but most countries are in the stronger "reconsider travel" or “do not travel” categories. This doesn’t seem inappropriate to me.

Somehow Macau and Taiwan appear to be the only two countries that don’t warrant extra caution.

It's not the behavior itself he deserves being attacked for, it's the brazen hypocrisy..

I mean that can be true among friends, but in society at large there's always that undercurrent.

It's like how, when some homophobic preacher inevitably gets caught in a motel room with a male prostitute, and the media spends a news cycle on him, watching the coverage I always find myself thinking "okay some of these folks are clearly just disgusted that he was gay".

Ok yeah, I see what you’re getting at. I feel similarly conflicted when people make fun of Trump being overweight.

The whole "it wasn't alcohol, it was black water" thing shows his broken comprehension of the moral rules he thinks he's upholding. So it's perfectly for him to go out of his way to make fake liquor because it made him look cool, but it would be bad if he actually drank the stuff?

I read in news this morning that if a LU student did what he did in that and other videos from the time, if they weren't expelled they could face 900 hours of required service and a $9,000 fine.

Ok yeah, I see what you’re getting at. I feel similarly conflicted when people make fun of Trump being overweight.

Yeah, that kind of thing exactly.

On the "oh it was black water lol" part, all I could think was "has this dude heard of cola?".