It's really just way of saying "he loudly confirms the things I already believe" that doesn't make you sound quite so easily led.

Heh, I was hedging my bets on the off chance that someone around here has uttered those words at some point.

"He tells it like it is," Christian explained. "He's more down-to-earth [than other politicians]. It's great he's shaking up the French presidential elections. I think he's a bit like Boris Johnson."

Have we learned NOTHING?

Sweden's first ever female prime minister has resigned just hours after she was appointed.

Magdalena Andersson, was announced as leader on Wednesday but resigned after her coalition partner quit the government and her budget failed to pass.

Instead, parliament voted for a budget drawn-up by the opposition which includes the anti-immigrant far right.

"I have told the speaker that I wish to resign," Ms Andersson told reporters.

Her coalition partner, the Greens Party said it could not accept a budget "drafted for the first time with the far-right".

Ms Andersson said that she hoped to to try to become prime minister again as a single party government leader.

"There is a constitutional practice that a coalition government should resign when one party quits," the Social Democrat said on Wednesday. "I don't want to lead a government whose legitimacy will be questioned.

The speaker of parliament said he would contact party leaders on the next move.

Ms Andersson was elected as prime minister earlier on Wednesday because under Swedish law, she only needed a majority of MPs not to vote against her.

A hundred years after Swedish women were given the vote, the 54-year-old Social Democrat leader was given a standing ovation by sections of the parliament, or Riksdag.

Her election at the head of a minority government followed an 11th-hour deal with the opposition Left party, in exchange for higher pensions for many Swedes. She also secured the support of coalition partner the Greens.

Of the 349 members of the Riksdag, 174 voted against her. But on top of the 117 MPs who backed Ms Andersson, a further 57 abstained, giving her victory by a single vote.

A former junior swimming champion from the university city of Uppsala, she began her political career in 1996 as political adviser to then-Prime Minister Goran Persson. She has spent the past seven years as finance minister.

Before MPs backed Magdalena Andersson, Sweden was the only Nordic state never to have a woman as PM.

The US has said it would send reinforcements to Nato’s eastern flank in response to a Russian invasion of Ukraine, as well as imposing severe new economic measures, in a warning to Moscow on the eve of talks between Joe Biden and Vladimir Putin.

Biden will also make clear to Putin that the US will not rule out future Ukrainian membership of Nato, as the Russian leader has demanded, a senior US official said.

With an estimated 100,000 Russian troops already gathered within striking distance of the borders, the crisis is at its worst since 2015, when Moscow staged a large-scale incursion into Ukraine, clandestinely sending tanks and artillery to encircle Ukrainian troops and compelling Kyiv to sign a peace agreement in Minsk that has since come close to collapse.

Some other parts of Eastern Ukraine are also occupied.
Amazing how they keep getting away with it. 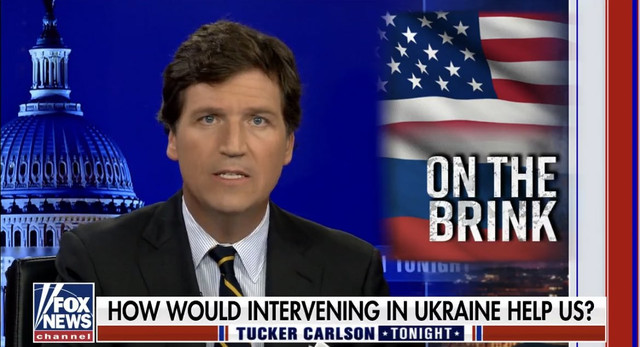 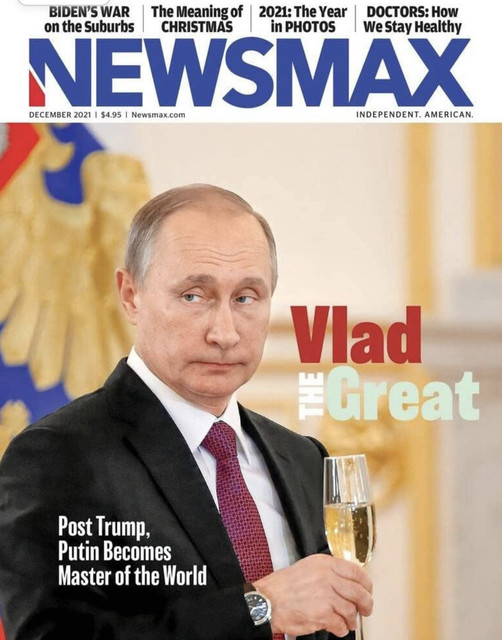 Holy hell. Fox really is bizzaro world. Which is aptly fitting because Bizzaro was a reference to the USSR.

Russian boot leather tastes almost as good as 'Merican (Made in China).

The Ukraine is currently tweeting through it.

Y'know those accounts that tweet out WWII stuff in real-time? Y'know how we've idly wondered what past historical events would be like if we had Twitter?

Russia's happy you used "the Ukraine" instead of Ukraine.

“Ukraine is a country,” says William Taylor, who served as the U.S. ambassador to Ukraine from 2006 to 2009. “The Ukraine is the way the Russians referred to that part of the country during Soviet times … Now that it is a country, a nation, and a recognized state, it is just Ukraine. And it is incorrect to refer to the Ukraine, even though a lot of people do it.”

Says a reporter in The United States. Yeah when I try it with other countries - "The Canada", or "The Mexico" I can see how it doesn't work but I can also see how lots of people won't get it.

This is the part where I amuse myself by reminding everyone that Ukraine is led by a former comedian, because 2021.

And how this was predicted by anyone with a functional brain the last time Russia invaded Ukraine and we did f*ck all about it.

This is the part where I amuse myself by reminding everyone that Ukraine is led by a former comedian, because 2021.

I mean... Some countries elected a former actor as president, so...

Anne Hidalgo, the French Socialist presidential candidate, has repeated her plea for her leftwing rivals to unite, saying the left risked collapsing amid the alarming rise of the far-right.

“We’re at a critical moment for our democracy,” Hidalgo said before a rally in Perpignan. “The left is at risk of disappearing. Hate speech and xenophobia have saturated the airwaves for months.”

Taking the stage, she appealed to other candidates on the left not to split the vote: “Wake up, see the danger that is facing us.” French voters felt “despairing and anguished” that the left was being drowned out of the political debate, she said.

Hidalgo, the mayor of Paris, is polling at a historic low of between 3% and 5% for the first round of April’s presidential race. In a dramatic announcement on TV news last week, she said she supported a citizens’ vote in January to choose one candidate on the left who had the best chance of winning.

The left has never fielded so many different presidential candidates at this stage of the race. They include the Greens’ Yannick Jadot; Jean-Luc Mélenchon of La France Insoumise, who has a more leftwing programme than the Socialist party; and the Communist party’s Fabien Roussel. All have so far refused Hidalgo’s plea. They insist they will run separate campaigns, despite opinion polls putting each of them at no more than 10% and unable to reach the second round of voting.

Roussel said the problems of the left were far more deep-seated than just “a casting problem” of finding a joint candidate. “The problem of the left today is that it no longer speaks to the working class,” he said.

There is panic among some Socialists. The combined leftwing candidates currently account for between 24 and 29% of April’s first round vote, compared with 43% 10 years ago. The left has made a strong showing in recent regional elections and there is a new generation of young leftwing and green mayors in major cities, but it is in difficulty on the national stage.

The far right is becoming the country’s strongest force and has taken working-class voters from the left. Polls show it with at least 30% support with two major candidates. The traditional far right figure Marine Le Pen is running for a third time, but she has competition from the high-profile TV pundit Éric Zemmour, who has convictions for inciting racial hatred, and who has launched an outsider presidential bid, saying immigration and Islam will destroy France.

Hidalgo warned of “merchants of hatred … suffocating France” with their “morbid fantasies” of intolerance. She said she would not let Muslims be scapegoated or sit back while racist policies were discussed.

Macron's currently in the lead, FYI.

The combined leftwing candidates currently account for between 24 and 29% of April’s first round vote, compared with 43% 10 years ago.

Eleima
Posted: December 13, 10:04 AM
I find your lack of tag disturbing

I mean… maybe it would be easier to vote for politicians in the left if they weren’t sexual predators.
Melanchon is also an antivaxx and a hypocrite.
Most of the Green Party are also spouting antivaxx nonsense, as well as promoting other unscientific bullsh*t.

I hope Hidalgo runs though. She’ll get my vote if she does. But I’m not holding my breath. Even if she does run, she won’t get elected. Because misogyny.

Most of the Green Party are also spouting antivaxx nonsense, as well as promoting other unscientific bullsh*t.

Boy, your Greens sound very different from the German ones

You'd think they'd be very pro-science in general, since it underpins their core goal of climate protection.

Aren't there kinda two broad versions of Green Parties. The old style (environmentalists) and the new (fight climate change). In some places the parties adapted to the new version... in others not so much. With the former having that 'leftish anarchist anti-science, back-to-nature strain' in it.

Yeah, there's pleeeeeeeeeeeeeeeeeeeeeeeenty of overlap between crunchy, back-to-nature types and the tradfash ethnationalist scene. Since COVID began, you can find plenty of holistic, everything-natural Yoga influencers who have been spouting anti-vax horsesh*t online, so it's not a huge surprise that France's greens might be part of that scene.

Russia has put forward a highly contentious list of security guarantees it says it wants the west to agree to in order to lower tensions in Europe and defuse the crisis over Ukraine, including many elements that have already been ruled out.

The demands include a ban on Ukraine entering Nato and a limit to the deployment of troops and weapons to Nato’s eastern flank, in effect returning Nato forces to where they were stationed in 1997, before an eastward expansion.

The eight-point draft treaty was released by Russia’s foreign ministry as its forces massed within striking distance of Ukraine’s borders. Moscow said ignoring its interests would lead to a “military response” similar to the Cuban missile crisis of 1962.

So blatant blackmail it is then?

No, just may as well make the planned invasion a little smoother.