Dateline: Fartsburg. Mayor DoubtingThomas is about to deliver his first State of the City speech. Afterward, stay tuned as we interview particularly photogenic members of the audience who have been pre-screened by our editorial department to make certain nobody says anything we don't want you to agree with.

Citizens of Fartsburg, distinguished members of the City Council, and ladies and gentlemen of the press, and even some of you people from Channel Seven, thank you for coming out this evening to hear me prattle on about matters of state. For those of you watching at home, I am aware that you'd rather be watching the latest episode of Super Store right now instead of looking at me on all the channels, and I'll apologize by being as brief as possible.

The state of the city is growing. In the seventy short minutes since I took office, we have gone from being an unterminated highway to being a small town with over four hundred people. All it took was a vision, some of your money and the willingness to raze everything to the ground and start over.

After doing that a mere six times, here we are. Now, I know some of you still don't have running water or electricity. There's a very good reason for that. I'm doing the design and construction of the utility systems personally, and I'm learning as I go. I'd like to see you do better with the team of advisers you voted in to help me. Good grief, people, I've seen more helpful comments at the bottom of videos on YouTube. It's a wonder more of you aren't on fire.

Yes, I see your house, McPherson. I told you we plan to be able to afford a fire truck any month now. Just sit tight until the tax money rolls in, and we’ll get that puppy doused right out. 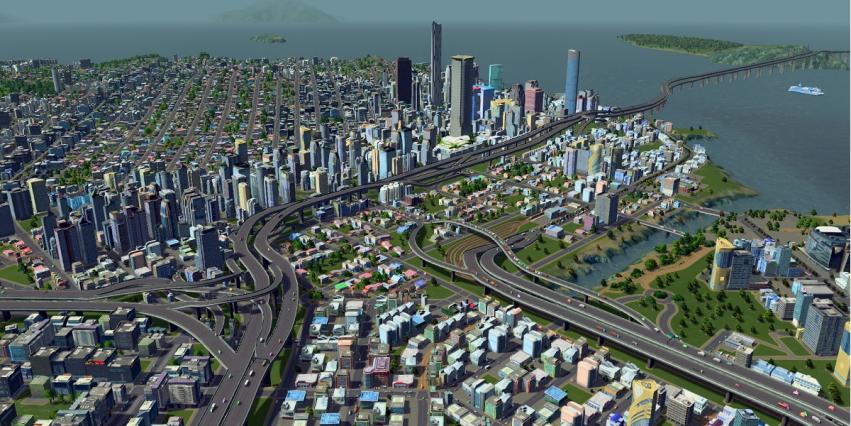 In my time serving you I’ve learned a lot. I’ve learned, for example, that the two lanes of highway terminating at the town border both need to be tied to something so people can enter the town. Let me tell you, that was a stressful time when I had laid out a city with all the amenities and utilities and no citizens. Honestly, someone might have told me that one road was incoming and the other was outgoing.

I’ve also learned how to run sewer pipes, and to not put the sewage treatment plant near the water pumps. My apologies to those of you who got sick. As soon as I can figure out which advisor to indict, I’ll see to it that they never work in this town again. 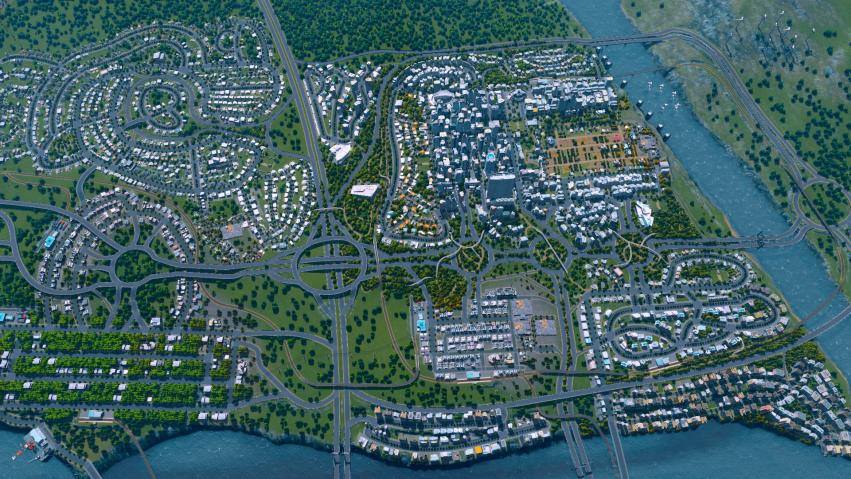 Fartsburg is on an upward trajectory, and I’d like to see it grow to be more and more prosperous – not simply because I want more taxpayer money to fill the big pool in the basement of the town hall where I swim around like Scrooge McDuck, but also because I want you all to be happy. I’ll be damned if I understand why it’s my job to make all of you happy. Seriously, that sounds like your job, not mine. But it’s in the town charter that I’m responsible for everyone’s happiness, and I do any job I undertake to the fullest of my abilities.

This is my promise to you: If you’re not happy enough, I will bulldoze everything to the ground and rebuild somewhere else. That’s how serious I am about this.

Thank you. I will now take some questions from the press.

When will you resign, already?

As mayor of Fartsburg, I fully intend to stay the course until this town grows to a full-fledged metropolis, or until something more interesting comes up.

Seriously, folks, when No Man’s Sky hits, I will be nowhere to be found. You folks can rely on those useless advisors you elected.

Is it the Devil Daggers of games that are like SimCity but better?

Managing a city isn’t as difficult as managing a warrior in Devil Daggers was, though it’s similarly opaque and confusing. There’s a lot to keep track of in either place.

However, I can’t say the two games are at all comparable. As you know, I resigned my position at Devil Daggers due to health concerns. Those concerns are not applicable in a game where I can slow down time at will thanks to the secret time-control tick box in the mayoral office.

The mic is always hot.

This is one for the books.

Which books, I don't know, seeing as print is dead and all.

This is one for the books.

Which books, I don't know, seeing as print is dead and all.

After I've been doing this for ten years, maybe I'll compile all of the TL:DPs into a book. Kind of like Andy Rooney.

We could call it Short Form: Ten Years of Being The Problem

This side of nowhere...

I've sunk a good 20-30 hours into City Skylines. I think it's fine. I even bought the night time expansion which does make it look very pretty.
However I had sunk at least 250 hours previously into the last SimCity (I'd missed 2000, SC3 and SC4).
Maybe I'm so addicted to that panic inducing, broken and shoody mess, that I just get bored making a city that actually works.
I'd do anything for a good meteor shower or Godzilla attack in CS...