I have found a new favorite radio station to stream while driving across the desert.

The coolest thing the game Prey did was having Art Bell record fake show segments for the game, with callers describing alien stuff that happened in the game. Almost worth playing just for that.

ATS is getting bigger

[W]e are, as a free future update, going to increase the scale of the game world of American Truck Simulator. This update will have many clear benefits for you, such as:

The new scale is equivalent to that of Euro Truck Simulator 2, so the flow of time in both games will be the same. There is also more room now to go back and improve some of the places that were compromised due to the limited scale and replace them with more realistic depictions.

The benefits are clear - you're going to get a free "take 2" on the West-coast states that you already have in the game, and roomier game world for future expansions. In addition, this expansion will come with new road segments to explore and updated technology for the old roads.

SCS asks for patience as this update will take months, but they say it's now or never for a major re-vamp like this, and this will make for a better ATS for a few more years. Their team has doubled in size since development on ATS began, and they're looking at creating two map design teams, so they can develop eastwards and northwards (yes!) simultaneously.

Man I am so happy about all of that. One of my favorite things about SCS is how they never seem to be satisfied; they've clearly been paying attention to feedback on ATS's limitations and I trust them to deliver when they make a statement like that.

I still really love this game even in its current state. Listening to Art Bell as I drive a truck across the high desert is such a weird confluence of memories of my youth and fantasies I didn't even know I had. It's so weird and so surreal.

Yes please. Even taking shrunken-downness into account, the inaccuracies of California drive me up the wall.

THANK THE GODS. This is my #1 problem with the game. Every time I see one of those I just shake my head in disbelief. It takes me right out of the game. I know it might be a small thing, but it really bugs me. 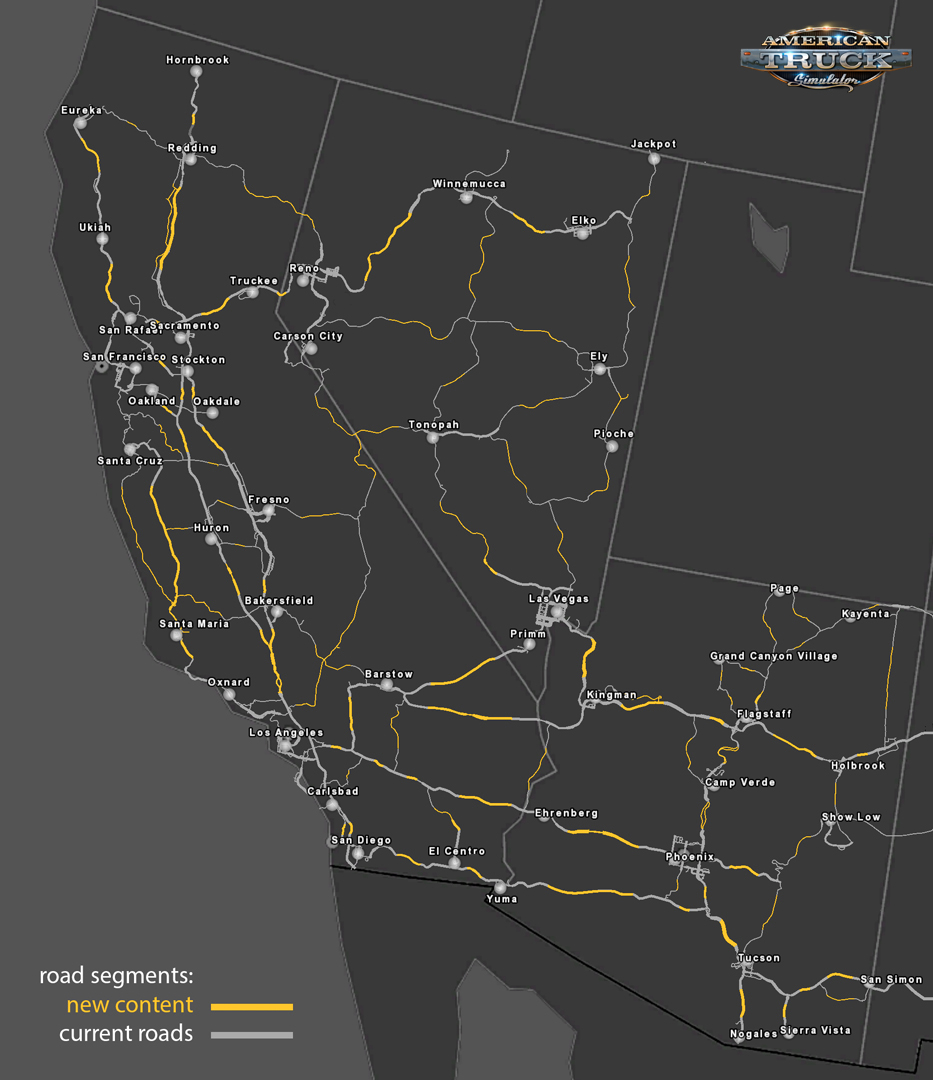 Nice to see the 1 and the 101 being split back out into separate highways in the central coast area.

Dammit, now I need to get a new driving wheel...

Probably picking this up during the steam sale. Having lived in Arizona, but not living there now, and having loved much of the northern Arizona highways, I can't wait to see how they translated them here.

Late to the party, but I'm in. Played 4 hours my first time and now going to bed at almost 2am. I'm REALLY going to hate my alarm in the morning.

Late to the party, but I'm in. Played 4 hours my first time and now going to bed at almost 2am. I'm REALLY going to hate my alarm in the morning.

That's part of the simulation!

Ooh, that's out now? That was one of my major beefs with the game when I played earlier this year. 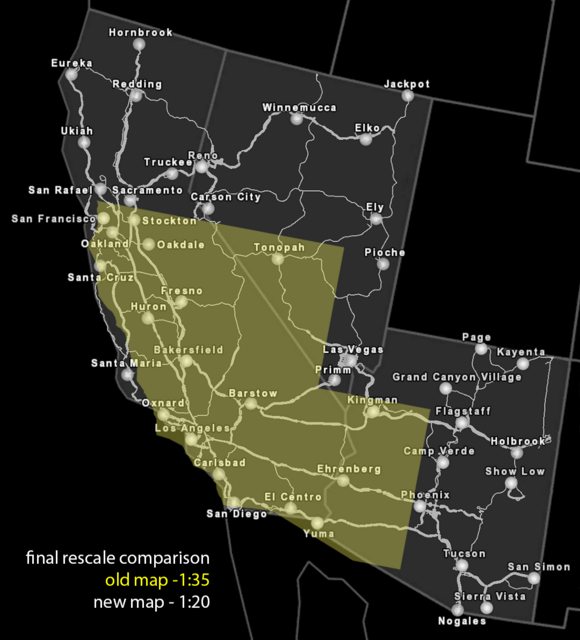 Yeeap, that's bigger alright. This has been a huge project for SCS. I may have to take them off my GOTY Dishonorable Mentions.

Christmas Event in both American and Euro Truck Simulator

Next expansion is New Mexico

Them's fighting words. Arizona may suck politically, but it has a wide variety of amazing natural beauty. New Mexico does have a few nice spots, though.

And I have enough trouble backing up with one. I can't even begin to figure out how that would work with two.

They say they will reopen it when the real-world highway gets reopened. 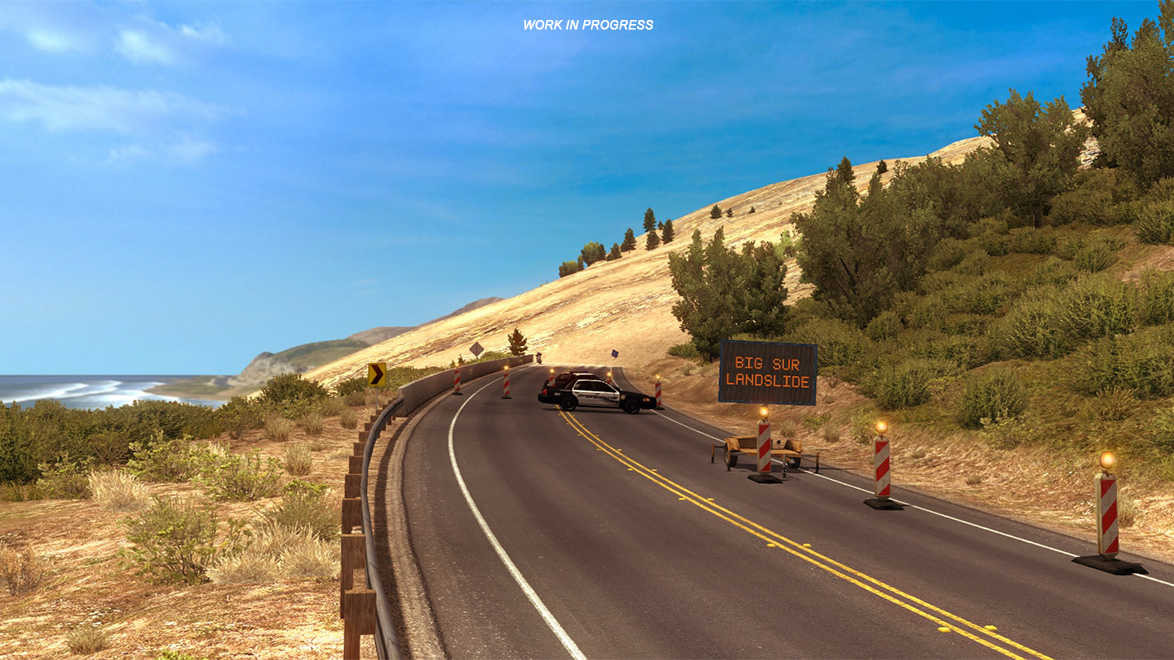 I heard about that landslide.

Original projections had the coastal highway closed for months upon months, but cleanup seems to be moving quickly.

New Mexico DLC came out a few days ago for anyone still playing.

-edit-
If you are interested in this and already have some of the other DLC, be sure to check the new "Enchanted" bundle they added. They will pro-rate the bundle based on items you already own but still throw in the 30% discount of choosing the bundle. So if you already own the other items you can get it for $8.39 instead of $12.

For those interested, SCS is running their annual Christmas Delivery event

I've been playing this a lot recently. There have been a lot of updates since the last activity in this thread!

We now have Utah, Oregon, and Washington, and Colorado and Idaho are coming soon. I don't recall when, but the International LoneStar was added, and the latest Mack truck will be released imminently. Still not nearly as many models to choose from as ETS2, but it's getting much better.

My trucking empire spans the western states, and it has not been without drama. I had to shut down my Las Vegas garage because one of the drivers got pregnant, two of the others both claimed to be the father, and the remaining two took sides. I had to let them all go. I don't have time for that kind of drama.

I had to hire five newbies to replace them. I suppose I could have spread them out among my other garages (I have one in each state), but I kept them together. Teamwork makes the dream work!

And recently spotted this photo... this is some good parenting! 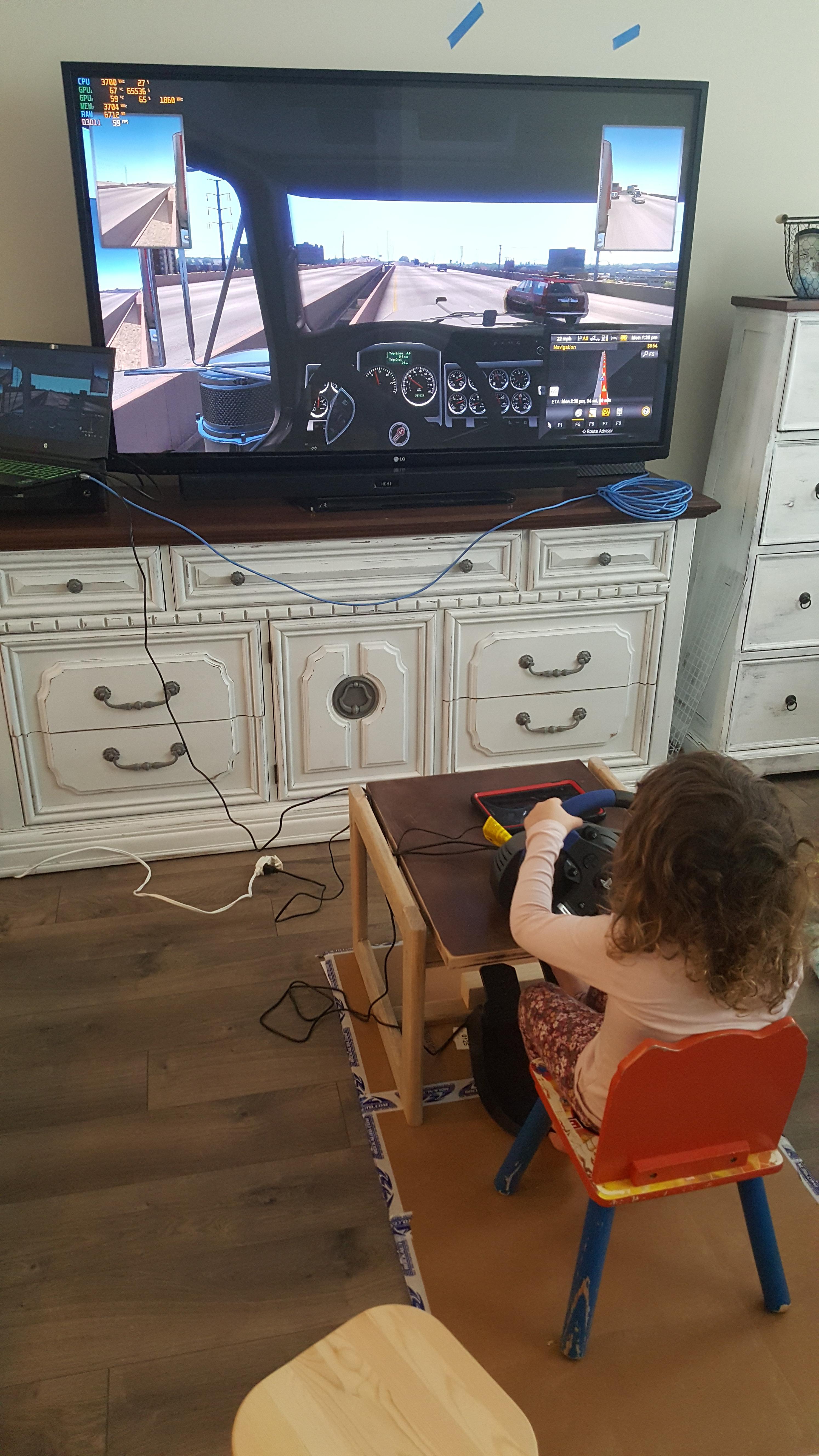 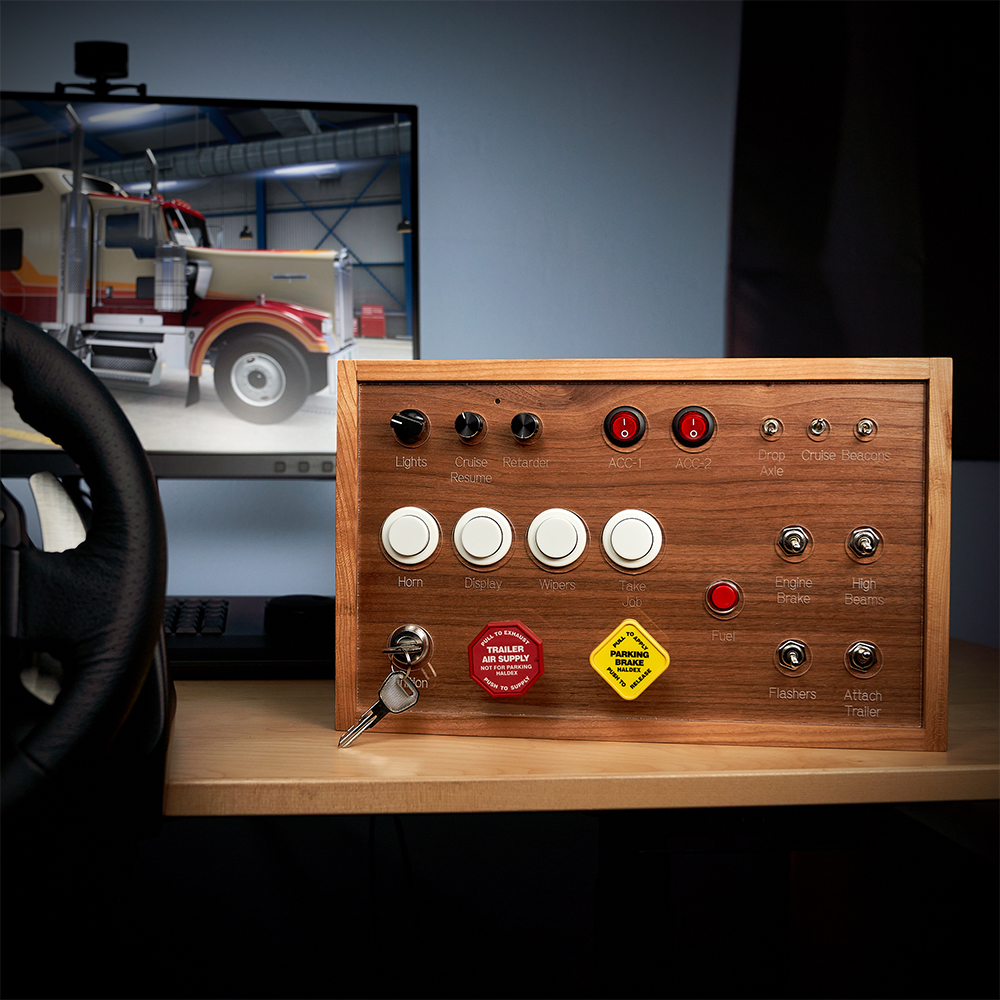 That is awesome! Saw it on Reddit, cool to see its someone here.

I also fell in love with these types of sims, it all started with a Farming Sim sale. I used to not understand how they could be fun, still can’t quite explain it. Lately I’ve been enjoying ATS the most but I realize my 100 hours are amateur numbers. So great to just chill out, throw the podcast on, drive, and build my empire.

Loving the new Mack and can’t wait for Idaho! These devs are fantastic as well.