Technological advances aside, I really don’t see a huge difference between F3 and F4. F4 has a better story IMO and I think that’s where F4 really shines.

Every time I see an update in this thread it makes me want to go back and play more Fallout. I had purposely stopped playing because there was going to be a Fallout 4 VR for PSVR. But it seems like that project has basically been cancelled and will never come to fruition, so I want to get back in again.

My issue now is that it's been so long since I played I have that age old struggle that I have posted before in other game threads: "When coming back to a game you haven't played in a while, do you continue from where you left off, or do you start a new game fresh?"

I love starting new characters in games anyway, but Fallout 4 in Survival Mode is at its best and tensest in the early game, so I quite often find myself ditching a higher level character to get back to that state of the game.

The only real issue is one of my genuine quibbles with Fallout 4, because higher levels of perks are locked behind higher character levels, it's harder to specialise in those early levels, which can be a bit frustrating when you're trying out different sorts of characters.

Can anyone recommend some mods? I'm not looking for gameplay changes, or sexed-up female models.

True storms definitely. Adds tremendously to the atmosphere. And the one that gives you the full dialogue option instead of the vague dialogue wheel options.

True storms definitely. Adds tremendously to the atmosphere. And the one that gives you the full dialogue option instead of the vague dialogue wheel options.

I'll second this. There's a popular mod that allows you to have Dogmeat with you even when you have another companion, it's pretty sweet. There are some really good retextures as well, I think one I liked is called Lush Wasteland. Better Settlers is pretty cool as well.

Uhm... if you like basebuilding, longer power lines is kind of essential, and you can console command the build limit to infinite pretty easily. Quiter generators and turrets was a favourite of mine as well.

Hmmmmm, did I enable hard-mode or something? I can't go anywhere without being slaughtered. Like 3 bugs fly up and waste me....

Okay so I’m a few hundred hours into Fallout 4 on PS4 so I figured it was time to own it on PC. I really want to start messing with mods. I did that some with Fallout 3 but not terribly much.

I know that Vortex is the new mod manager and I can get it set up. What I don’t know, though, is what a good starter mod or set of mods is, looking for bug fixes and very basic QoL stuff. Eventually I’m going to play with Sim Settlements and some weather stuff, and can’t wait for Fallout: Miami, but for now I just want a really stable setup.

I played with these three:

Sim Settlements is pretty nice. I would suggest you only use it on one of Sanctuary Hills, Red Rocket Truck Stop and Abernathy Farms. Those three settlements are all loaded into memory at once in some spots, and if they're all built up your game can get overloaded. I usually strip RRTS and turn it into a purely military spot. For the same reason I use somewhere else as my caravan hub (Mechanist's Lair).

Darker Nights is, well, what it says on the tin. I turned down the gamma on the game a bit too, just for the immersion. Fallout 4 Seasons and True Storms are also great immersion mods. The rad storms are super dangerous early. Seek cover!

Manufacturing Extended is great if you like to play with the Contraptions. It has some great junk management items that can let you pull, say, all the fertilizer from all your settlements to one location to make ammo. The Grinder is a quick way to break junk down, but most of its functionality is duplicated in Manufacturing Extended.

Full Dialogue Interface, if you care about that.

I've tried some of the mods that let you build or scrap anywhere, and they've always been kinda buggy. Maybe they're better now, but I don't know.

I should say that I leave the console on in my games solely for the use of the scrapall command. You don't need it in the Sim Settlements though, since the mod will set the entire location to a predefined base, scrapping things as it goes.

I've heard that the best way to use the scrap anywhere mod is to load it, use it *only* for unwanted debris and immobile objects (like beds that can't be removed) on settlements and then once you've cleaned up what you want to get rid of, then disable/uninstall the mod. If you use it outside of the settlements or just leave the mod turned on, then you will probably run into trouble.

I think what happens is people will inadvertently remove items related to quests or something that is expected to be there for some aspect of the gameplay and then gets broken when its not there.

Thanks folks! That's exactly what I was looking for.

This kinda makes me want to fire up Fallout 4 again.

That happens to me with every Bethesda game. Sometimes I think all my gaming time could feasibly be given over to Bethesda and I'd be okay.

I find myself starting their games a bunch and then playing for 5-6 hours and then looking for something fresh. I recently did that with Fallout 4 and Oblivion. I am tempted to pickup Skyrim on PC though so that I can check out the Skyblivion mod.

Turned Fallout 4 into an icy radioactive hellscape. The image I posted was taken at about 10 am (in the game). It's so awesome. I even got trench foot due to a nuclear winter mod's cold effects. 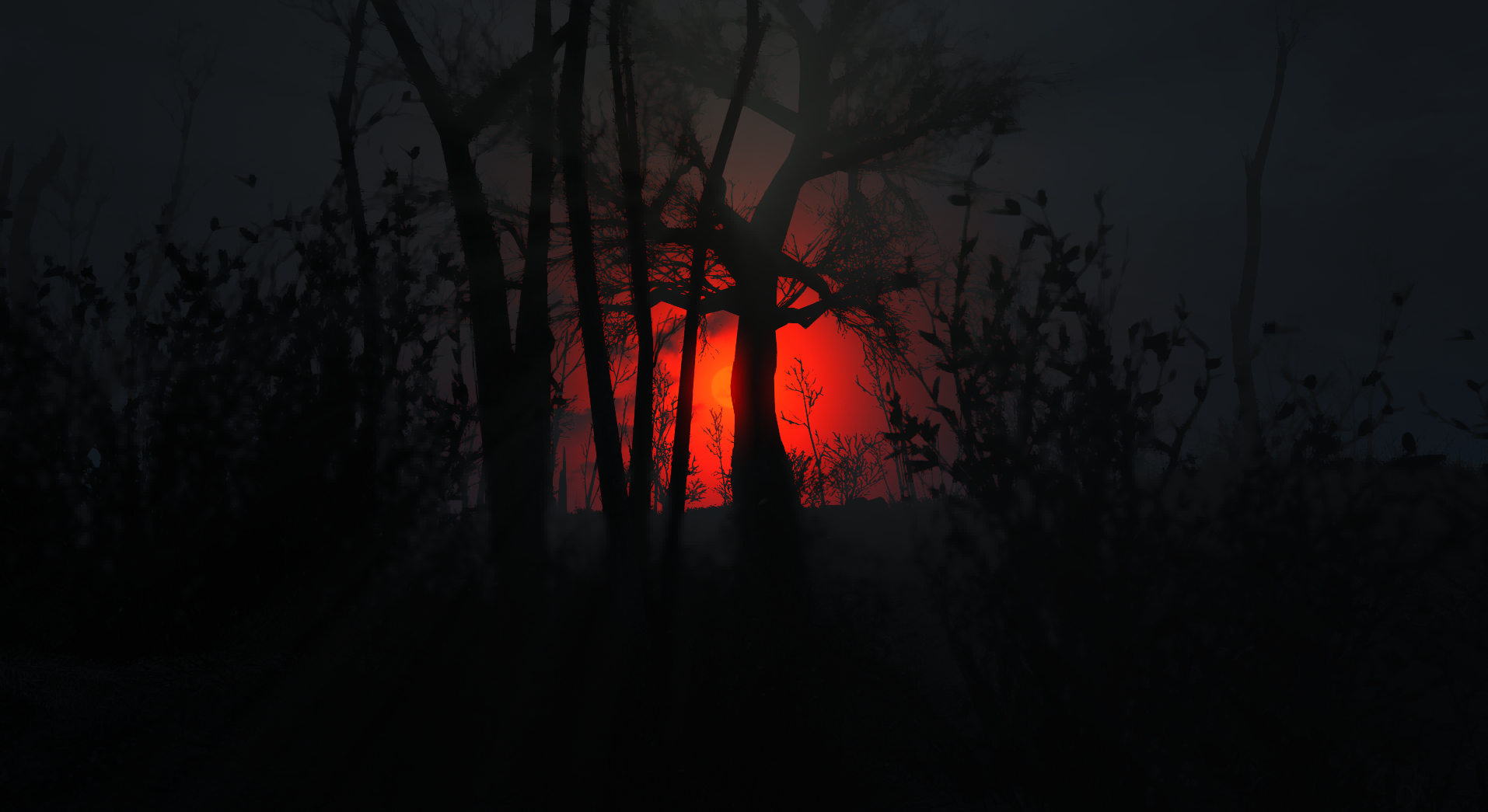 And no more sweeping vistas of a devastated landscape. Nope. It's all about obscuring radioactive dust clouds of various colors. Sweet.

Nice. Sim settlements is the only reason I ever go back to FO4 from 76. I tried Conqueror but am almost physically incapable of playing a bad guy and while they allowed the Minutemen as a faction to "liberate" the wasteland, it didn't really work all that well.

Nice. Sim settlements is the only reason I ever go back to FO4 from 76. I tried Conqueror but am almost physically incapable of playing a bad guy and while they allowed the Minutemen as a faction to "liberate" the wasteland, it didn't really work all that well.

Never tried Conqueror but I'm looking forward to some version of it for Sim Settle 2.

I've got something and I've never been happier.

This is my current bad-ass. Level 39 but that doesn't mean sh*t thanks to the lethal mods I've installed. Ahhhhh. I'm living my Stalker dreams! 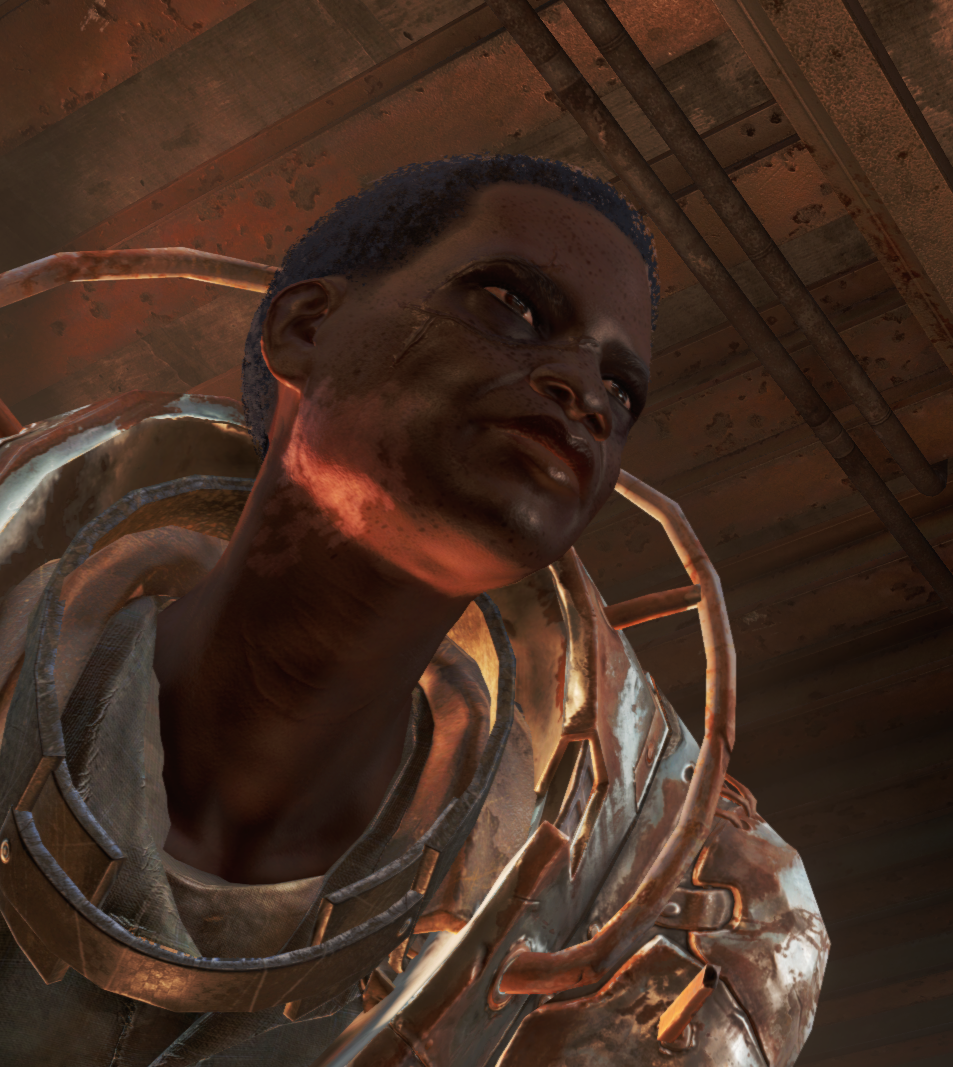 Got a more dramatic shot of my character. My Magnificent.

All my characters are named Strange. Even if it doesn't fit at first, I name them Strange to encourage my imagination to come up with a back-story.

My ride is here. 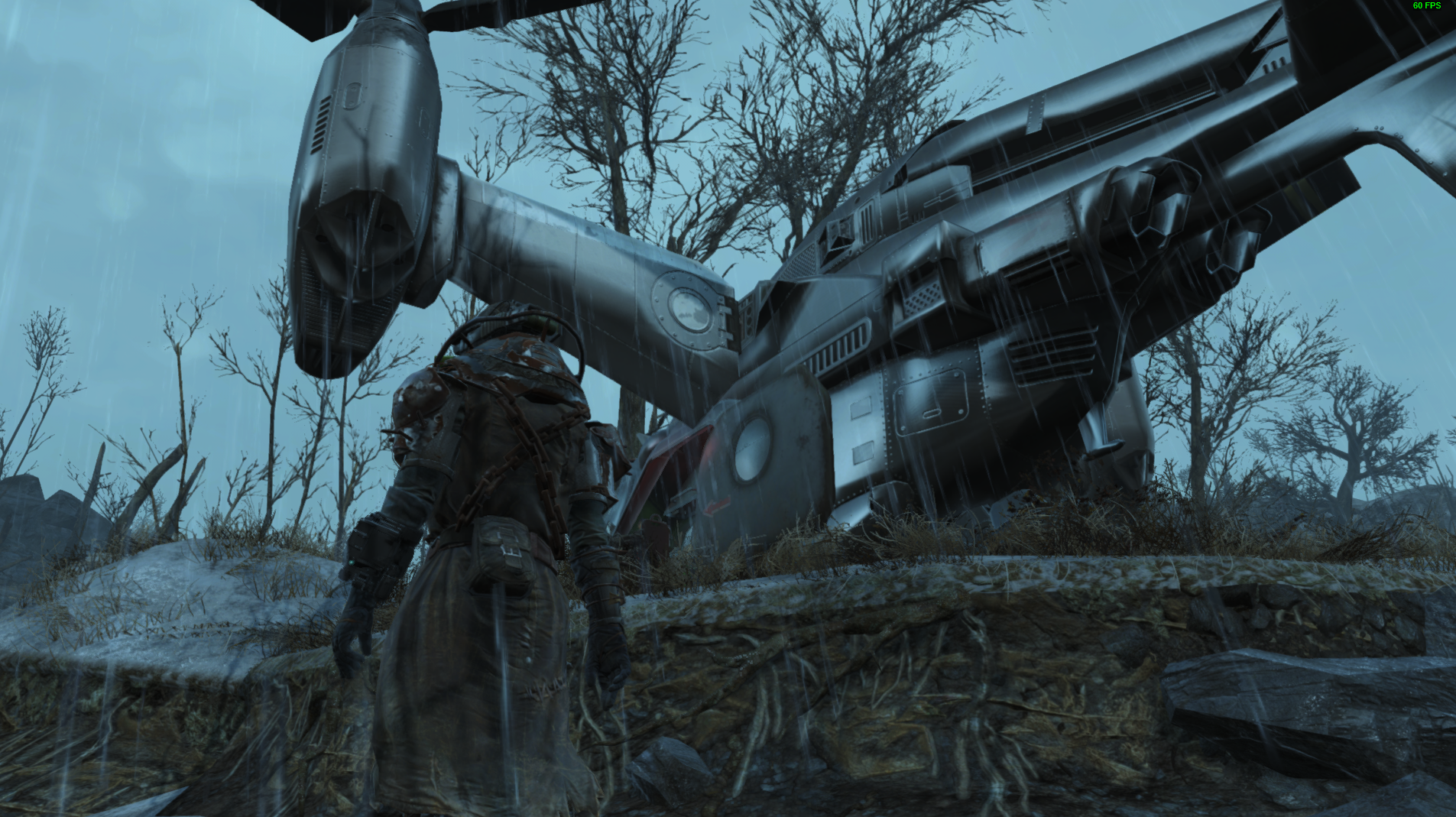