The design was originally for Star Trek: Planet of the Titans, a pre-Phase II, pre-The Motion Picture film pitch.

The design could have been worse:

Also apparently not the finalized design.

So, is this coming to CBS? Whatever-UPN-Is-Called-Now? The press release says "CBS All Access", but they're not going to lock a new Star Trek behind that paywall?

So, is this coming to CBS? Whatever-UPN-Is-Called-Now? The press release says "CBS All Access", but they're not going to lock a new Star Trek behind that paywall?

That's what they seem to be planning. Premiere episode on CBS, then the rest on their All-Access thing.

Most likely they'll get a few million people to subscribe for 1-2 months, enough to watch all the episodes in a binge, and then cancel.

Seems short-sighted. I would think a new "Star Trek" is a tentpole especially in the fractured viewing world that we live in. Then again, I'm not a TV Exec.

You can watch on their website for free the day after on most every other CBS show. You just have to deal with commercials and them only keeping the 3-5 latest episodes.

Wow, the Enterprise swallowed a Star Destroyer!
Parts I like. Parts I really don't. The off angle views looked much more interesting than the top down view.

Also apparently not the finalized design.

They had three weeks to put that together and that is what they came up with? I have done likely a dozen concepts of the Enterprise that are IMHO way better than that. Hell there were 40-50 concepts done for STO's new enterprise a few years back that were much better.
The ship is the most iconic symbol and the most important focal point. (and why I love the "Firefly" episode "Out of Gas" because it focused on the ship as a character)

Hell there were 40-50 concepts done for STO's new enterprise a few years back that were much better.

To be fair, that was a design contest run by Cryptic, so there were a lot of concepts featured. The end result was great, though, the Odyssey is a really pretty ship.

True. But I can't think of a more iconic ship/craft, real or imagined. I think perhaps the X-wing, TIE fighter or Star Destroyer is comparable. And when I compare something like the B-17 bomber or P-51 Mustang, or the U.S.S. Arizona, I have to think it still stands out as having a broader multi-generational appeal. Perhaps something like the classic Corvettes or '57 Chevy or a 747 but at some point it is apples to oranges.
You just have to get it right. And I can't see how whoever would be given the contract to concept it would rehash an old fugly concept and call it a day. 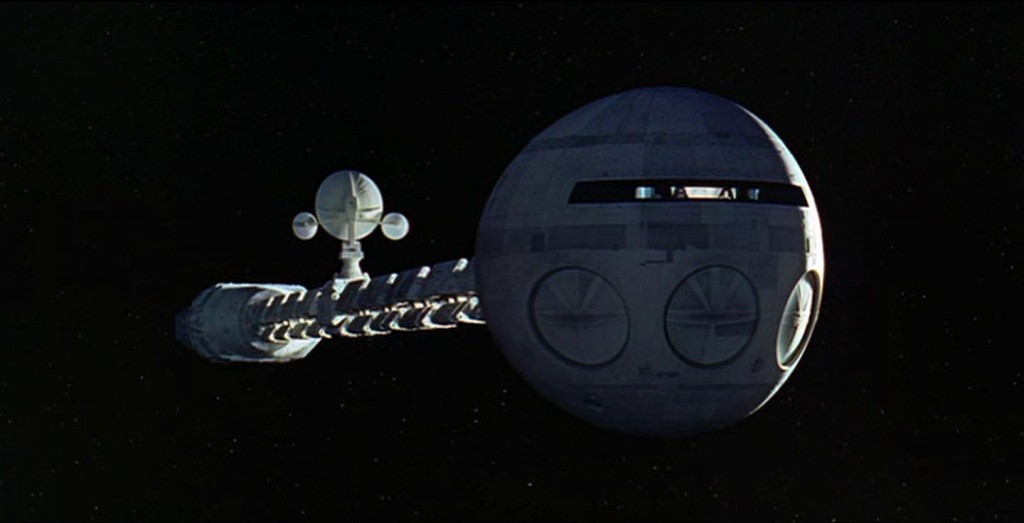 You just have to get it right. And I can't see how whoever would be given the contract to concept it would rehash an old fugly concept and call it a day.

I'm not sure you do. The designs of Deep Space 9, the Defiant and Voyager aren't exactly the most memorable, are they? And yet those shows did fine, because (when they were at their best) the focus wasn't on the ship but on the crew and the situations they faced.

I honestly think the interior they create matters way more than which saucer + body design they go with. I remember the Defiant fondly because it was different than the other ships, more militaristic with utilitarian design in its rooms. DS9 was unique because of the internal architecture, which was supposed to be Cardassian retrofitted to Federation, which led to some nice designs and a very different bridge. Meanwhile, Voyager is mostly forgettable to me because the inside of the ship was the same as TNG had.

Voyager's outside was awful... looked so shiny and smooth. The other ships looked more like they were traveling in space.

I don't mind the look. If you continue the TNG-look to it's logical conclusion, you get that weird Enterprise-J/Prometheus looking thing.

I agree that's a horrible design. I love McQuarrie's artwork, but it doesn't work for Starfleet ships.

I also prefer the nacelles stick up above the drive section rather than below.

Man, I guess I shouldn't be surprised at the fuss over a spaceship's appearance, but I am. Most spaceships are butt ugly. The Enterprise is butt ugly. It's one of its strengths. Iconic spaceships become iconic because they are distinctively not because they're pretty.

I'll just have to agree to disagree.
Though I will admit that some ships like Serenity grow on you with the trials they go through. I just think that the Enterprise wasn't one of these. To me it is one of the ships that defines what it is to be a star ship. Everything else before were rockets with fancier fins and of all proportions.

I see a couple of different archetypes. The X-wing design will never get old as is. The original series Enterprise is certainly dated but the saucer+hull+nacelle configuration is always current and can be modernized with ease. And likewise, I feel the Enterprise D is as timeless as the X-wing.

We'll be getting some Discovery news at 4:30 PT tonight. Bryan Singer will be hosting a panel and dishing out some details on the show. Variety will have a live blog giving us updates.

Expect Some Or A Lot Of STAR TREK DISCOVERY News 4:30pm PT Today!!

Have a link to the live blog?

So far, from following @hercAICN (Ain't It Cool News) - 10 years before Kirk, Prime Timeline, incident in Starfleet never explored before. Journey in which "she" will learn how to get along with others in the galaxy.

Cool on female captain. Would love Rosario Dawson rumors to be true. Still no cast, however and shooting is a few months away.

I was hoping for time period between TMP and STVI, or after VI - that ship looks like a Starfleet Comman video game ship.

The lead's not a captain, she's a lieutenant commander. And not white.

- Will be set in the Prime Universe. 10 years before Kirk's 5-year mission. Prequel Confirmed.

- Incident at the center of Star Trek: Discovery is not the Romulan War, Fuller says

- Female lead will be human, but not captain

- Lead will be a Lt. Commander "with caveats"

- The first season will be 13 episodes

- Fuller: “We’ll probably have a few more aliens than you normally do in a Star Trek cast”

- "Discovery is set so close to the Kirk era that we can play with all the iconography of those ships and those uniforms.”

- Fuller: "We are not subject to broadcast standards & practices. Neither was Hannibal and we got away with murder."

- Spock's mother Amanda Grayson "maybe" will be featured in Discovery but will not be central.

- Bryan Fuller on the lead not being a captain: "We’ve seen 6 series from a captain’s point of view"

- Series will center around an event referenced in TOS

- One of the alien characters is named Saru

- There will be robots in Star Trek Discovery. You can also bend space and time

- There will be ads. about 12 minutes per hour

- Head of CBS All Access: "It’s the lightest ad load you can get. We’re toying with the idea of a commercial free option."

This is starting to read like one of those logic puzzles they used to have me do in middle school.

"All of the gay characters will be Klingons, but not all the gay Klingons will be male. The character to the right of the Ferengi ensign outranks the android. Which captain is also the Fourth Doctor? Show your work."

And they've figured out new ways to gouge its customers!

But in fun news, The Hollywood Reporter has additional character info:

Female Admiral: Shohreh Aghdashloo. Kind of old hat for her.

Klingon Captain: Tony Todd. Also is not his first rodeo.

Male Adviser: Uhmmmm...what's he advising on? That might help.

Well, remember, this is the company that thought UPN was a good idea, too.

This is speculation, but I would put money on them expiring each episode after, say, 2 weeks, too, so you can't just buy into CBS All Access for one month after the season is over and binge watch.

I agree. It is about the stupidest thing I could envision. I am not going to pay a monthly fee and have ads.

Oh well there is a lot of TV so I be I can watch something else. 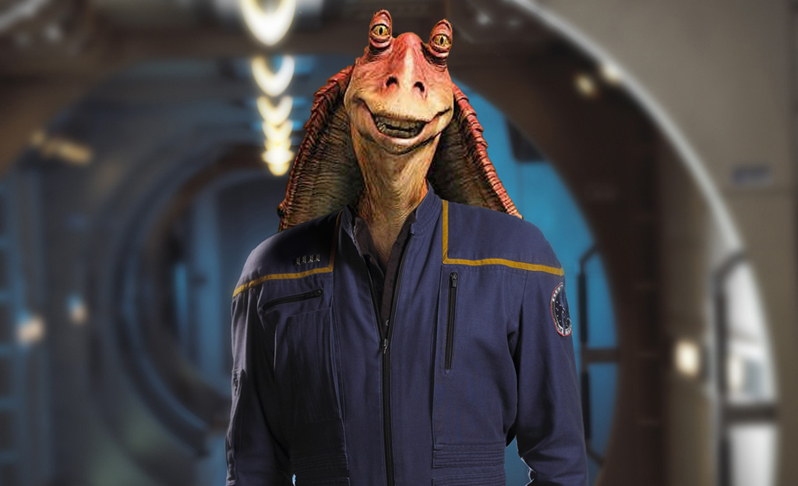