From what I quickly searched there should be no SR decay in game atm. The loss of points is wierd.

Hmm, thanks for checking. Really takes the shine off the old sense of achievement.

If you disconnect on another role you lose 10 in the roles you aren't playing along with the 50 on the role you are. I had that happen to me when I lost internet one night. I was also just over the SR for a higher rank. Hopefully you were able to play a game and got it back.

Huh, that explains it.

That's a pretty toxic policy when you consider how unstable the game seems to be lately. On the day of the most recent patch, all day I'd see people disconnect instantly as the match started, and a lot of times they'd rejoin the game during the ten second cancellation warning. And every one of those people took the equivalent of three ranked losses. Small wonder people play angry.

Unrelated question - is the new chat system contextual or something? When I'm playing healer and I hit the keybind for "need healing", it emotes "group up at my position" maybe 80% of the time. Occasionally it does "need healing", but only rarely. This is with default keybinds, so "group up" isn't bound to anything.

Knocking out a Pharmercy as a Rein

That was a sight to behold Axel. You can see me standing there waiting for Mecry to fly up before I realized what glory you had accomplished.

Chibi Dancin on the Drum for the stall win.

Chibi Dancin on the Drum for the stall win.

I've never really got into MOBA's (the last one I played was DOTA1 more than 10 years ago) but I wanted to try out a game in the genre. A good friend of mine suggested I try Heroes of the Storm since it's considered a MOBA for stupid people. I'm enjoying the game and I didn't realize how much OW content is in the game that you don't see in OW itself. 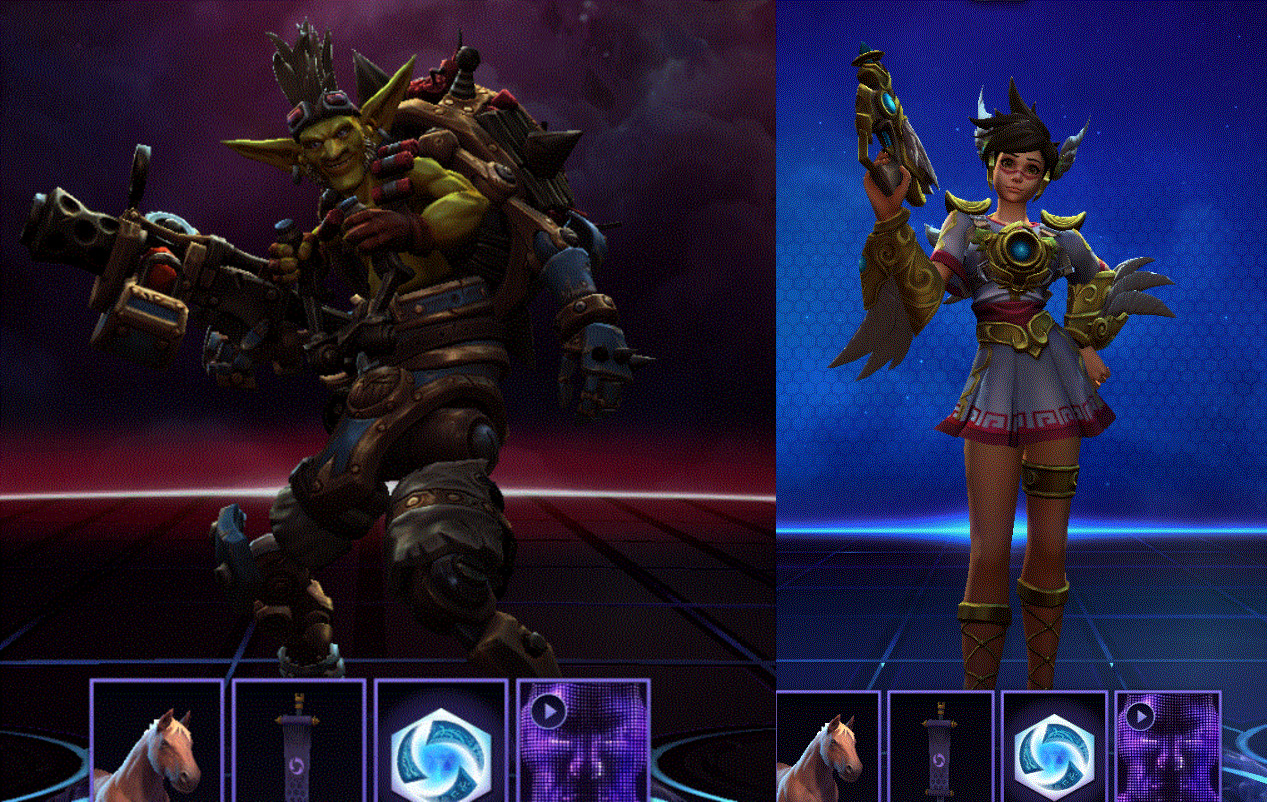 The art on the maps have the same amount of Blizzard detail as in OW with little easter eggs spread throughout.

On Hanamura the ranged NPC is an omnic that is the same model of Zenyatta. It even floats in the same cross-legged stance and has a single damage orb which it throws.

In the lore of Overwatch, the Ironclad guild is a guild of weapon-smiths that Torb was part of before Overwatch recruited him. During the omnic crisis the Ironclad guild was contracted by Volskaya industries to help them build their giant mechs, which explains why one of their members show up on the Volskaya map. The guild members appearance makes me want to think that all members of the Ironclad guild are vaguely torb-like and that we'll see more of them in OW2.

A young Torb in his guild outfit

Karma with some cleanup..

She should have been OURS!!!

She should have been OURS!!!

It's okay booboo you got me instead

New experimental card is up with Genji nerfs and an interesting Moria experiment (see fade changes).

To be fair, we swamped them first point and then came back from the "left turn blunder" and wiped them out 30 seconds later. Still, freaking hilarious! The best was the D'Va hesitation having watched two teammates go of the stairs then deciding, they must know what they are doing and going full lemming before trying to fly back up. Just beautiful.

It was an amazing moment. Lots of laughs had by all.

Here are a couple of plays from last night. Hit Q to win. (We didn't win either game)

Nice! Though you missed the spray after the Phara Kills

Nice! Though you missed the spray after the Phara Kills :)

Playing in the street is not safe. Bad things can happen...

Playing in the street is not safe. Bad things can happen...

Yeah, that was the cherry on top of that match for sure!

The Phara player on the other team was a trip. Complained about our Sym (until they decided to rage quit) a lot. A character that is pretty easy for the Pharah to deal with and poses basically no threat to a Pharah. I watched the replay to see it from the Pharah's perspective. Basically, zero interactions with Sym. Medmey's Winston, however, repeatedly lowered the Pharah's health and Verdi's Sigma killed the Pharah four times in about a 2 minute span then they quit. The Pharah had two kills the entire match (before quitting): on a death blossoming Reaper after Axel already took out three teammates and a second on Axel again after he took out someone.

The Pharah never flanked or took off angles, played near the ground much of the time, shot shields rather than squishies/healers, and flew into the small handfull of ceilinged areas on those two maps. It was as if I tried to play Pharah. Had they not been Female Doggoing so much, I never would have thought to watch. Entertaining.

Hope my quick editing and music isn't too distracting.

Hope my quick editing and music isn't too distracting.

It’s interesting how razors edge some of these things are:

- If both enemy healers don’t immediately rush to contest they would’ve stayed alive and that point is harder
- With just one healer the Rein may have stayed alive and given he charged ult in less than 30 seconds that’s probably a team win if he can get it down with 1-2 players around
- Probably MVP of the match was Karma’s shot call on second point for everyone to hold behind the Rein and then follow his lead. A little coordination goes a long way