I think whether or not it'll actually release is an open question, but that's different from saying that it's been ready for months.

With how much digital and other post production nowadays it's a long way from "finished filming" to done.

I liked Dark Phoenix. I didn't expect to, and I've thought it looked pretty terrible in trailers, but I had a good time with it.

Most of the coverage of it that I've seen has focused on how well it adapts the original Dark Phoenix saga (it doesn't) and how well it holds up against 20-film-in-the-making movies like Endgame (it doesn't). However, taken on its own terms as a smaller, self-contained story, I thought it works and has some really great sequences.

The film's first act is pretty uneven and chopped all to hell, like they were trying to salvage something usable from bad footage. However, once a particularly visibly bored actor is sidelined, the film starts to find its footing. There's a familiarity to its story beats if you've watched all the other X-Men movies, but it handles them better than most of the rest of the films in the franchise. The last act, in particular, is well-done and really gives every mutant an opportunity to showcase their powers in fun and satisfying ways. It's also surprisingly small in scale given the planets and cities on fire we've become accustomed to from the MCU.

It's not a perfect movie, by any means, and its troubled production is visible throughout but especially near the beginning. I wouldn't want to watch another film in this series and think Disney should give the X-Men a bit of a break. But as its own thing, I enjoyed Dark Phoenix.

...
Most of the coverage of it that I've seen has focused on how well it adapts the original Dark Phoenix saga (it doesn't) and how well it holds up against 20-film-in-the-making movies like Endgame (it doesn't).
...

... once a particularly visibly bored actor is sidelined...

She's been bored since Days of Future Past.

Yes, she has been, and she drags down every scene she's part of in Dark Phoenix. Most of the badly chopped-up, rhythmless scenes in the opening act involve her conversations with other characters, and it feels like they're so badly chopped up to try to breathe some life into her performance. I like her work generally, but this film has one of the most phoned-in, "last film on my contract" performances I've seen. It's bad.

The gentlemen of We Hate Movies also really enjoyed it, after confessing to go soft in general on X-Men movies, which, so do I. I'm disappointed it's not playing at my venue of choice, at least not yet. Stupid Elton John...

Seriously, it was so good. Gave me hope after the X-Men 3 travesty.

And then... Worse and worse

Gwyneth Paltrow only just now realized she was in Spider-Man: Homecoming. I'm surprised this doesn't happen more often the way these movies get filmed.

Gwyneth Paltrow only just now realized she was in Spider-Man: Homecoming. I'm surprised this doesn't happen more often the way these movies get filmed.

I bet it does happen more often, just not on camera.

All the weird alternative health products she shills probably affect her memory.

It's just piling on at this point, but I do love Pitch Meetings:

Seriously, it was so good. Gave me hope after the X-Men 3 travesty.

And then... Worse and worse

I enjoyed Dark Phoenix! It may have helped that I have no idea how the comics version of the story went, but as a standalone X-men movie, it worked great for me. The story is okay, the dialogue is good, the acting and score and visuals are fantastic. The score was a real standout. Zimmer was Zimmering his ass off for this movie.

My main disappointment was that Sophie Turner didn't get top billing. I understand why, but it really is her character's movie.

My main disappointment was that Sophie Turner didn't get top billing. I understand why, but it really is her character's movie.

I think that's how french credits came to be.
Actors kept fighting over top billing and we finally got "with", "and", etc.

After the Oscar-winning success of Spider-Man: Into the Spider-Verse, there was little doubt a sequel would be coming. And not just a sequel—spinoffs and more, too. Speaking with io9 about Spider-Man: Far From Home on Wednesday, producer Amy Pascal gave us a small but encouraging update.

“We are definitely hard at work on the sequel,” Pascal said via phone from London. “You can expect another movie.”

Way back in November, news broke that Joaquim Dos Santos, who worked on Avatar: The Last Airbender and Voltron: Legendary Defender, would be directing a Spider-Verse sequel with David Callaham (The Expendables, Wonder Woman 1984) writing. We believe that’s still the case but, even if it’s not, things are progressing as we speak.

I was at least vaguely amused. 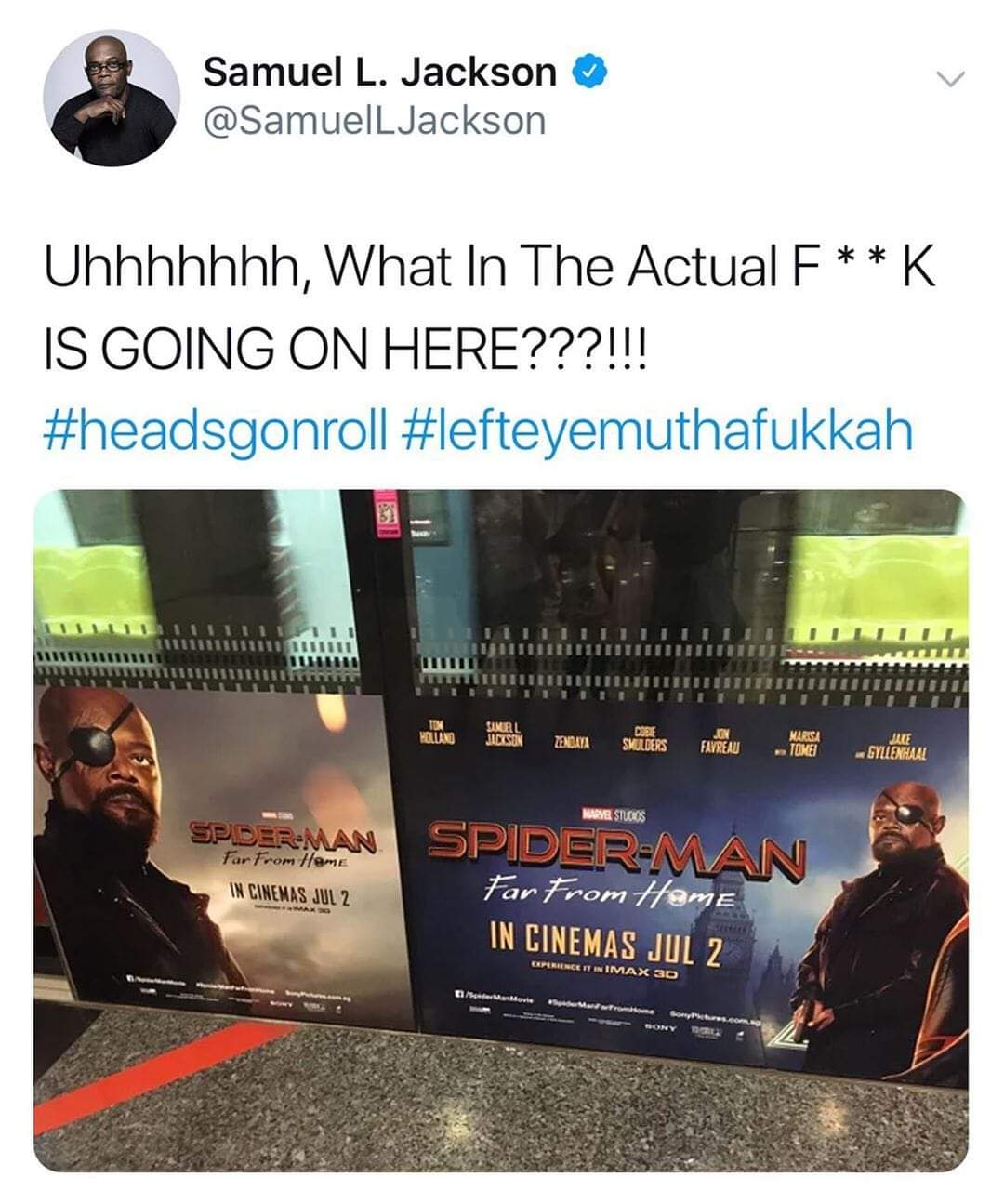 First review I have seen

Spider-Man: Far From Home Is a Spectacular Leap Forward for Peter Parker and the MCU

What’s most satisfying about Far From Home, though, is that by the end, you have a very solid sense of where things are going for Peter and the gang, and it all feels very right.

That was on his right!

With all of the hand wringing over who was lost in Endgame, I just realized that no one is crying about the loss of

I liked him but he was only in a 3 movies so it is hard for me to have as much investment in him.

It wasn't clear that he was dead-dead, and not just mostly-dead, and since he wasn't on screen at all in Endgame, it makes sense he wouldn't be super-high priority.

I kind of expect that Shuri will have "saved a full download of his program" and will be able to put it in a new body.

There *IS* a whole tv series about him in the works. My guess is he’s probably not gone gone.

I wondered if the TV show would be like the Black Widow movie - ie before the events of the last movies.

Doesn't give them a ton of time between Wanda and him meeting and him dying but still enough for a season or two.