But then again, when you see the ending through a indoctrination lense, imaginary spacechild is just lying to your dying brain cells.

It's why, in my opinion, Destroy is the Paragon ending, because as opposed to the other options, it means Shepard is rejecting the Reaper premise that synthetics and organics refusing to get along is inevitable.

And I consider Destroy to also be the proper Renegade ending.

Ya know, the ending they could have went with is that the Crucible 'uplifted' the Geth to a state where they were a superior AI to the Reapers. After the Geth defeated the Reapers, it would be the flipped script of the Geth deciding to take the chance on letting Organics live.

And then the sequel trilogy could be about fighting against a rogue Quarian-designed AI who DOES want to wipe out organics.

But that's just a wild Geth.

From the Gates of Hell
Grenn wrote:

I didn't mind the ending so much. Journey, not the destination and all. That said, I do kind of wish that what the galaxy was building wasn't a magical device. I thought it would be cooler if they were just building a huge dreadnought or an anti-Reaper Reaper or something they came up with based on researching Reaper tech. Then you can have a series of endings based on its effectiveness which is based on a combination of how much cooperation you get from all the other species throughout the game plus how many resources they have to offer which would be affected by decisions from the previous games (i.e. kill the council, Wrex alive to unite Krogans, etc.,.). But I am neither a coder nor a writer so that's probably just a technological pipe dream or stupid head canon.

Not sure how much other players got into this, but the endings ARE different based on what you did. Warscore is just one of those factors. Of course, the final decision colors your ending (haha); but apart from the Warscore, how you did and what you did with each major plot arc also influences what happens afterwards.

If you killed Wrex and doomed the krogan, what happens is that they eventually fade away and go extinct - just as Wrex predicted. "Stabilizing" their population numbers without accounting for sociocultural phenomena doesn't work, apparently. This also happens with the Rannoch arc. How you decide to finish that arc influences what happens after. If you doom the Geth, they stay dead.

Strangely, the most "status quo" ending is the Control one, where you use your control over the Reapers to rebuild galactic infrastructure pretty much as it was before the Reapers came in, and then we don't really know what happens except that the Reapers apparently come in and stay and are friendly - like that weird former shonen anime villain-turned-friend that never really makes complete sense.

Relatively late in life, I've finally picked up Asimov's Foundation books, and it's interesting to theorize on their likely significant influence.

For one, the idea that civilizations go through predictable evolutions might have inspired the "cycles" of the Reapers.

For another, I wonder if the end of Foundation and Earth might be the inspiration for the "synthesis" ending. (Not meaning to re-open discussion on whether it was a good idea and/or well-implemented.)

Probably a ton of little things I hadn't noticed, too. For most of my life I wasn't into sci-fi, and I've decided in middle age to read some of the classics I missed; I wonder what other influences I'll discover?

A true remake. They increased the amount of tentacles. In unexpected places.

A PC to PC comparison would be more interesting than xbox though.

A true remake. They increased the amount of tentacles. In unexpected places.

A PC to PC comparison would be more interesting than xbox though.

Most of their original version footage looks like PC to me. The shadows (especially on faces) and lighting are a lot less wonky than I remember them being

Could be, though they said xbox. Also, that loading time

I needed something to look forward to so I pre-ordered. I loved the first two but never finished the third so maybe this time it will happen...

(right like I am better at finishing games now.....)

I look at that trailer, and it looks great. Textures, great. Lighting, great. New models, great.

Only problem is it still has that janky procedural animation system, so all the characters look like Chuck E Cheese. Oh well, I'm buying it anyway.

I look at that trailer, and it looks great. Textures, great. Lighting, great. New models, great.

Only problem is it still has that janky procedural animation system, so all the characters look like Chuck E Cheese. Oh well, I'm buying it anyway. :D

In all fairness, I like the new look for the Elcor and the Krogans. 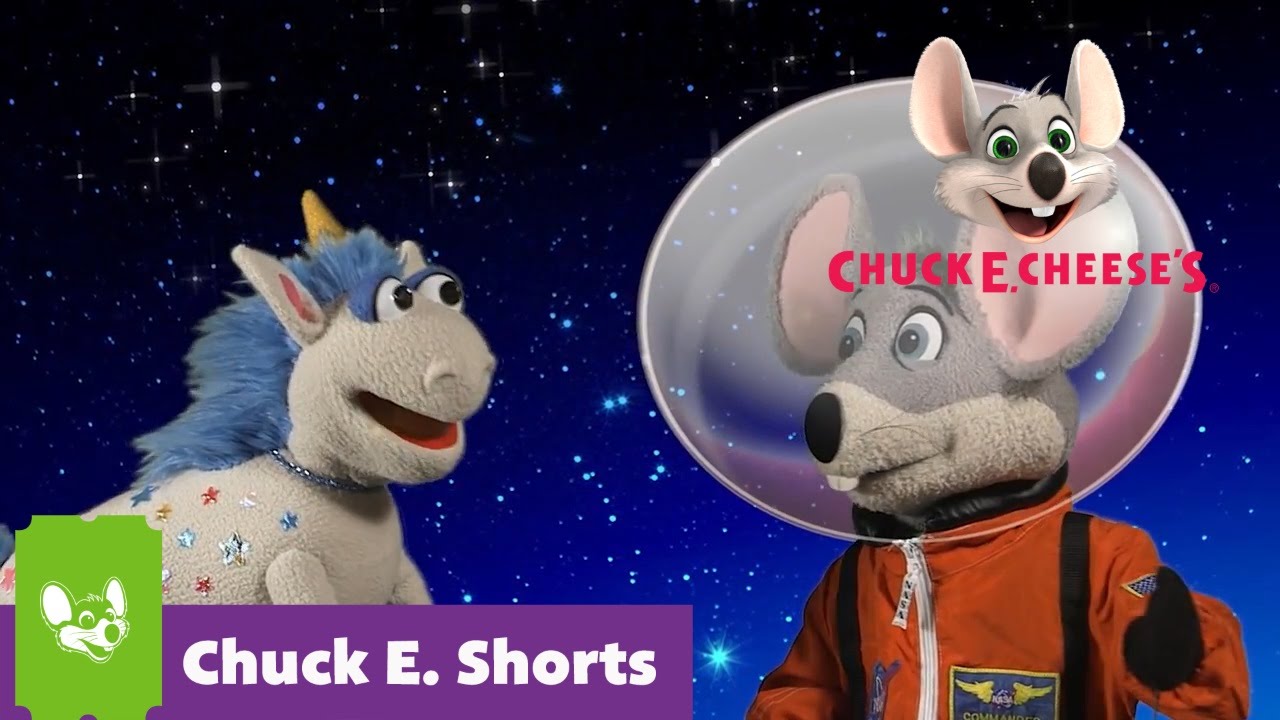 In all seriousness, the new game does that thing where it looks like the way I remember the old game. I'm all in to get through at least the first one (which, in my same, I have never played through).

charlemagne
Posted: May 4, 12:58 AM
Junior Executive

It will surely show up on EA Play eventually.

Stealthpizza
Posted: May 4, 4:42 AM
Executive

I really hope this gets good reviews. I want ME1 with a better inventory.

It will surely show up on EA Play eventually.

In about six months or so it should be part of EA Access/Game Pass Ultimate I think.

Am I the only person here who actually loved the ending?

My only gripe with the game overall was that I wish during the final battle there were some of the characters that weren't on the mission with you or on the Normandy who could have died during the battle. But gameplay wise and story wise I thought it was great.

Am I the only person here who actually loved the ending?

I was totally fine with it (both before and after the edit).

I quite enjoyed the original ending, and I have a lot of feelings about the altered one, so I'll just keep it brief and say there's a pretty direct line between the decision to make those changes and the poisonous state of current fan culture.

I had no real issues with the ending. I am of the opinion that the larger experiences of the games were more valuable to me than the ending. Sticking a story ending is hard, and when you build the expectation that your choices "matter" somehow, it's gonna piss people off when they realize that they didn't. But I'm not sure that's the fault of the developers. You can't write a 3-game-long story and have every choice matter in some way. It's just not possible. Some of them? Sure. But they need to be big binary choices - like do the Rachni still exist to help you or not. Do you convert the Geth or don't you.

Anyone who was paying attention saw where the story bumps got smoothed out. For example, the council dying at the end of ME1 was largely insignificant to the rest of the games. You either got the original council back in ME2, or three new voice actors with the same script. In my opinion, if you expected something amazing at the end of ME3 that reflected a bunch of your choices, your expectations were pretty unrealistic.

Yeah let's do this again. Casey f*cking Hudson interview a few months before game release said "you won't have endings a, b, and c" and the choices made would be incorporated.

Then they gave us ending red blue or green and nothing mattered.

Yes big choices like the geth and quarian at peace should matter. But instead the game says nope, organics and synthetics can't possible coexist so we're blowing everything up. Peace out.

It was bullsh*t then, it's still bullsh*t after the changes and why the hell you people still defend being lied to I will never understand.

It's just like No Man's Sky promising co-op and then not delivering. Just don't lie to people.

I get where you're coming from based on what was said publicly, but again, no matter what that dipsh*t said to the press, making character choices across 60+ hours of game and story matter in some grandiose final choice was completely unrealistic, and that should have been patently obvious from the start.

No Man's Sky promised some new procedural generation technology that didn't materialize. I feel like that's perhaps not as obviously unlikely. Especially since they paired it with deceptive video.

If Hudson promised that those choices would matter, he's talking about changing storytelling fundamentals in ways that don't make any kind of sense - like trying to synchronize three Choose-Your-Own-Adventure books that are each, by themselves, the size of Gutenberg Bibles already. On the face of it, it should've been obvious Hudson was full of sh*t.

And again, if you were paying attention to how they made your choices from previous games "matter" in the sequels, it should've been obvious.

Also, I don't think you'll see a defense of the ending anywhere in my comment, nor defending being lied to. In order to be lied to, I had to have seen Hudson's comments in the first place. I never have seen them. I went dark on ME3 around its release.

charlemagne
Posted: May 5, 4:21 AM
Junior Executive

I’m not actually sure if I got the edited ending or not. I played ME3 quite some time after release, so it’s possible it was patched on the disc? My 360 didn’t have an internet connection so unless it was on the disc I didn’t get it.

Has any game really taken a three-part series with player choices and made them matter, as a whole (or at all), by the very end?

I've said it before and I've said it again: The worst part about Mass Effect 3 is how much it did give everyone a "special ending" that let you know "your choices mattered". The "3 colours" complaint in the last 3 minutes is disingenuous because time that could have spent exploring new facets of the ME universe is instead spent with you bumping into every single tangential character to say goodbye to Shepard over and over and over again.

"Hey Shepard, thank you for SAVING THE RACHNI and PUNCHING THE REPORTER and DOING MY FETCH QUEST TWO GAMES AGO" for hours and hours and it was exhausting having to go through all that.

Half of the game was a f*cking tediously drawn out ending giving people closure.

The fact that so many people played that and then complained that it still wasn't enough for them will be completely baffling to me until the day I die.