I got into the Xbox Game Streaming beta sometime a week or two ago, and this past weekend had ideal circumstances to try it under harsh conditions: at a hotel while on a business trip. I packed an XBO controller with me and picked up one of those controller/phone clamp things from Amazon for about $6.

My first attempt playing over hotel wifi using my Pixel 2 was not great. I loaded up Gears 5, which I fell off of somewhere in the 3rd act, and got going pretty quickly. However, it's just not a great game to play on a ~4-5" screen. It looked reasonably sharp, but, particularly for the combat scenario I was in where I was trying to engage a bunch of enemies at long range, it was really hard to see what I needed to. Controls were reasonably responsive--I was able to complete active reloads with about the same skill I normally do--but harder in making fine adjustments. It felt like I needed to adjust controller sensitivity. Anyway, I played for about 10 minutes, but found it kinda frustrating and didn't want to continue.

I wouldn't have tried again, but the next night was X019 and the announcement they'd added 20 or so games to the service. I played a little of Ace Combat but didn't enjoy that--I think the game more than the streaming is to blame there. I played some of DMC5 and that seemed to work fine, I only stopped playing more because the cut scene-to-gameplay ratio was not to my liking, given the time I had available. Then I tried some of Madden 20, and I really enjoyed playing that (it's been too long since I've played a Madden game). I was disappointed that the menus weren't faster--I fell off of Madden in part because it felt like since the end of last generation they've been increasingly adding stuff into the game (news updates, store updates, etc.) that slow down every single transition in the menus, but I'd hoped that maybe streaming, things would be a bit zippier, but loading times feel more or less comparable to normal loading times. Anyway, it's kind gotten me back into Madden, I've been playing a little bit every day now, at lunch at work or on the couch at home while watching tv with my wife. Performance both in the hotel and at my home is good but not great--every once in a while I feel like I blow a play because of a moment of lag--but it's mostly acceptable.

Two big drawbacks: 1)every single time I start the game, I have to complete a 2-factor auth prompt from EA, which is really annoying. I'm guessing I would only have to do this once if I were just running it off of my local console? 2)As far as I can tell, there's no way to "suspend" a game in the middle. So if I'm half way into a game but need to leave, it's not like on a local console where I can shut it down and pick it up later, that instance of that console is just gone and I can't resume it. It's been fine since I've been doing a lot of the MUT challenges, which are pretty bite-sized, but could be a problem playing something meatier.

My biggest takeaway from all this is, just after I'd convinced myself I don't need a phone with one of those megaXL screens, now I kinda wish I had a bigger screen. I don't think I would pay for this service if it were separate from Live or Game Pass--it's cool, but not exactly essential--but if it stays around as part of the stuff I'm already paying for, I will definitely end up keeping a controller at my desk at work.

I would love to stream turn based strategy games from Xbox to iPad. I can even imagine that games like Outer Worlds could be a good experience since the shooting is not super twitchy or dexterity dependent.

I would love to stream turn based strategy games from Xbox to iPad.

This is my number one reason for wanting this service. To be able to run Surviving Mars or something similar on my non-gaming laptop or even my work PC times like tonight when I have to be here after my normal hours to support an event that basically just needs someone to start stuff up and then shut it down at the end of the night.

Did anyone else get a code from MS for a $10 gift card this week? I found it in my messages from Microsoft, I almost missed it since those are usually announcements for free to try weekends and such.

Reach is still one of the best Halo games ever made. Very happy to see it updated and part of the Master Chief Collection. Being able to play it with a modern controller layout (left trigger zoom) is a very nice change from the 360 version.

I'm getting so old that I didn't post Xbox SeX first.

Also, can we get Sean Sands to sing "I Wanna Xbox SeX You Up?"

The console that wanted to be a PC. That's a children's book just waiting to be written.

TheGameguru
Posted: December 13, 3:07 AM
Here to save you all

I mean that name might actually be worse than the last one.

They seriously could not think of a better name than Xbox Series X? Xbox 2 is better.

I thought Xbox 360 was terrible and then Xbox One was terrible too. I'd be disappointed if I didn't hate this name. I like the design though. A small PC tower with a glowing top? Seems nifty.

Malor
Posted: December 13, 5:20 AM
Discretion is not the better part of

I saw someone say the new design should be called the XBox One X: Box.

So was everyone at Microsoft's XBox division collectively oblivious to how the name might be misused or was there one guy so powerful enough and so in love with the name XBox Series X that no one dared correct him?

From a marketing perspective, it's pretty genius actually.

Malor
Posted: December 13, 8:02 AM
Discretion is not the better part of

Yeah, I think it's going to work very well indeed for them.

So was everyone at Microsoft's XBox division collectively oblivious to how the name might be misused or was there one guy so powerful enough and so in love with the name XBox Series X that no one dared correct him?

I don't think they really know how to focus test these things, or what sort of group to bring in, because nobody saw "Xbox One SAD" as a possibility for Xbox One S All-Digital.

I feel like with this one they were like "Okay, we're just 'Xbox'. Nothing after, just 'Xbox', and the X series is going to mark off our mid-generation upgrades and such, and yatta yatta...." and now it's SeXbox.

I am really curious about the design, though; consoles have clearly traditionally been designed to fit under TVs, and this will not. I guess you could flop it over so the slot is horizontal, but do wonder if the aesthetics of it will make some people avoid it, just because it doesn't fit.

I am really curious about the design, though; consoles have clearly traditionally been designed to fit under TVs, and this will not. I guess you could flop it over so the slot is horizontal, but do wonder if the aesthetics of it will make some people avoid it, just because it doesn't fit.

These were actually my first thoughts as well.

After ruminating on it a bit I actually think the name makes sense. Essentially they are going back to the plain name "Xbox." This lines up with the rumors of there also being a cheaper option coming down the pipe. That will likely be called the Xbox Series S. Essentially it's an Xbox, but there are two models, the Series X and the Series S. There has been talk that this would be the last regular console generation and now we'd just see periodic updates. So, Xbox Series X2, X3, S2, S3, etc....

Just a thought... and I think this pic lends that credibility. 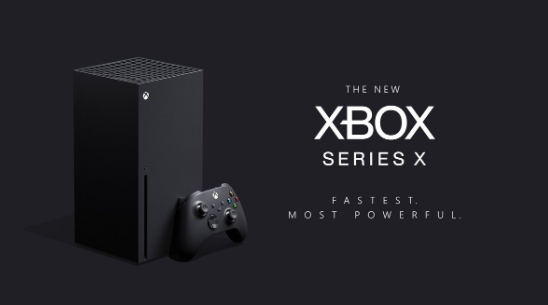