I'd still be playing this today if it had been on PC as well. It's gonna happen one of these days, and when it does, I'll be ready.

Wait, nevermind. Wrong game. Tricked me by having La Mulana in the title. I've been sleepy lately.

I like the music waaaay better on the PC version.

Screw the PS3, this game belongs on a handheld! Huzzah!

I'm sad there's no word of a PC port yet

Well, at least Fez is coming!

I assume you folks are talking about HD? Standard edition has been available on PC for years! Of course, 700+ deaths later, I still haven't finished it.

Phishposer, waaay back in October. But totally still on this page. wrote:

I like the music waaaay better on the PC version.

Hooray for being a filthy skimmer!

I assume you folks are talking about HD?

The HD version with multiplayer. Derek Yu, why have you forsaken us?

Oh SUUUURE. Come crawling back after all this time fraternizing with the console glitterati, experimenting with DLC, all the while ignoring us. You could have at least wrote us a patch! A demo! I would have even accepted a wallpaper theme for Windows, but... nothing!

Well... welcome back... please mow the lawn before dinner, and don't forget wash off that filthy DRM you have all over your hands.

Heh, funny thing is, now that it's been announced for Vita I don't care about having a PC copy.

And I was all prepared to complain that this thread was bumped with no news of a PC return. YAY!

It is about goddamned time! Yay! Except for the fact it's coming out the day after Pikmin 3. Maybe I'll actually finish this version?

Can't wait for this to hit my Vita.

Can't wait for this to hit my Vita.

I think it released on PSN as well today. Cross-play!

Does anyone know if the multiplayer modes are local only or if they can be played over the interwebs?

Does anyone know if the multiplayer modes are local only or if they can be played over the interwebs?

Multiplayer looks to be local only. I'm a huge fan of the classic PC Spelunky, and this new HD version is really great. The daily challenge is an interesting idea. I didn't realize you only get one chance at it; that's a cool way to do it. The only thing I miss is the old music. I'd love to swap it in.

Here's a handy purchasing guide to compare the game on different platforms. I went with gog.com for the soundtracks and original game. Plus, you know, DRM-free.

I played a bit this evening and I've finally been able to conquer Hell after about 600 deaths, including the XBLA version. Man that felt good. The 72 bombs certainly helped. 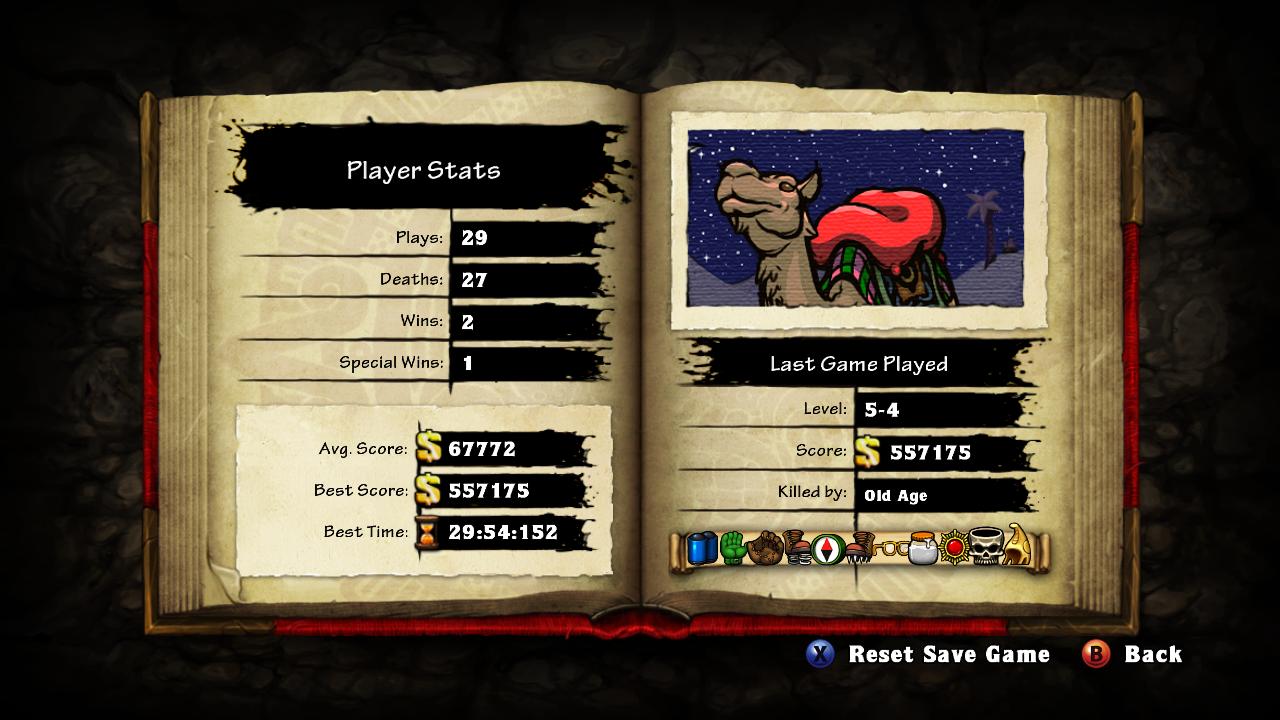 Here are some of my thoughts so far about the HD version of the game.

It is great to see all the new items, monsters, traps, etc. I am enjoying the thrill of discovery, and I will probably avoid spoiling myself on the new stuff, at least for a while. It is great to have new characters and new damsel options available.

It feels like the game is a bit harder than the original version. Part of that is learning the new content, but some of the new enemies are straight up tougher (e.g. the spitting snakes in the mines level). Also a few of my old tricks from the original version don't seem to work anymore. For example, I don't think I am able to just hold ropes or bombs without using them in this version. I would often drop unlit bombs or rope to set off arrow traps, and then retrieve them later. Also you can no longer kill monsters inside pots by just using your whip to break the pots, but that is probably a good change.

The Daily Challenge idea seems really neat. I hope to at least get in one game a day for a while to see how I do. And the leaderboards in general are always welcome. I only have one friend who has the game so far, so I hope some of you in the thread will add me on Steam.

I much prefer the music from the original, hopefully we can mod that back in or something.

I am not a huge fan of the game's UI, too many clicks to get from launch to in-game.

The controller support is crappy. I had to manually bind keystrokes to my logitech gamepad to get it to work. It is just a one-time thing, thankfully, but all the in-game UI still shows me the keyboard keys to press instead of my gamepad buttons. I am sure the Xbox controller works fine though.

Overall though, it is still a wonderful game, and I am sure I will dump many, many hours into it. It really scratches that roguelikelike itch for me. I'm glad I get to finally throw some money to Derek Yu after getting so much enjoyment out of the original.

I am sure the Xbox controller works fine though.

I might also pick up the Steam version for the Daily Challenge, lord knows Mr. Yu deserves that money for the hundreds of hours I played the original. Heck, that game got me through college.

It seems like the mines and jungle have been tuned to be a lot more difficult than they were in the old version. The mines in particular feel more dense than they did before. The jungle requires you to stack up on bombs, at least 4-6 in order to suss out the black market. The rest of it isn't too bad though, again it just requires a bit of patience, a decent kit set and measured movement.

a tin of fermented Baltic herring

I'll be picking this up shortly, never gave the freeware version the time it deserved. That was partly because I hated the keyboard controls, so I'm looking forward to playing with my Logitech F710 (pretty good wireless controller btw).
Probably will be buying on Steam for the Daily challenges, seems like a great reason to play a little every day. And as bonus I'll be able to see how much I suck compared to all my Steam friends!

I wanna wait to get this on Vita, but I DON'T wanna wait and pick it up on GOG. Arg.