As much as I enjoy TFT, it gets a bit too cerebral for me sometimes. I still don't understand the intricacies of it. Fantastic game to have on your phone, but Super Auto Pets sounds like a nice alternative! Will check it out.

Anyway, I come to recommend one game. Slice & Dice. It has a generous demo and is $10 AUD if you decide you want more. It's a very slick dice-based dungeon crawler with a lot of risk and reward, fun battle decisions and interesting upgrades. Each class has a different die that can be customized with level-ups and stuff you find after battle.

I've been playing it in my downtime at work and it's been a little dangerous! Very addictive. It may just make my GOTY list. 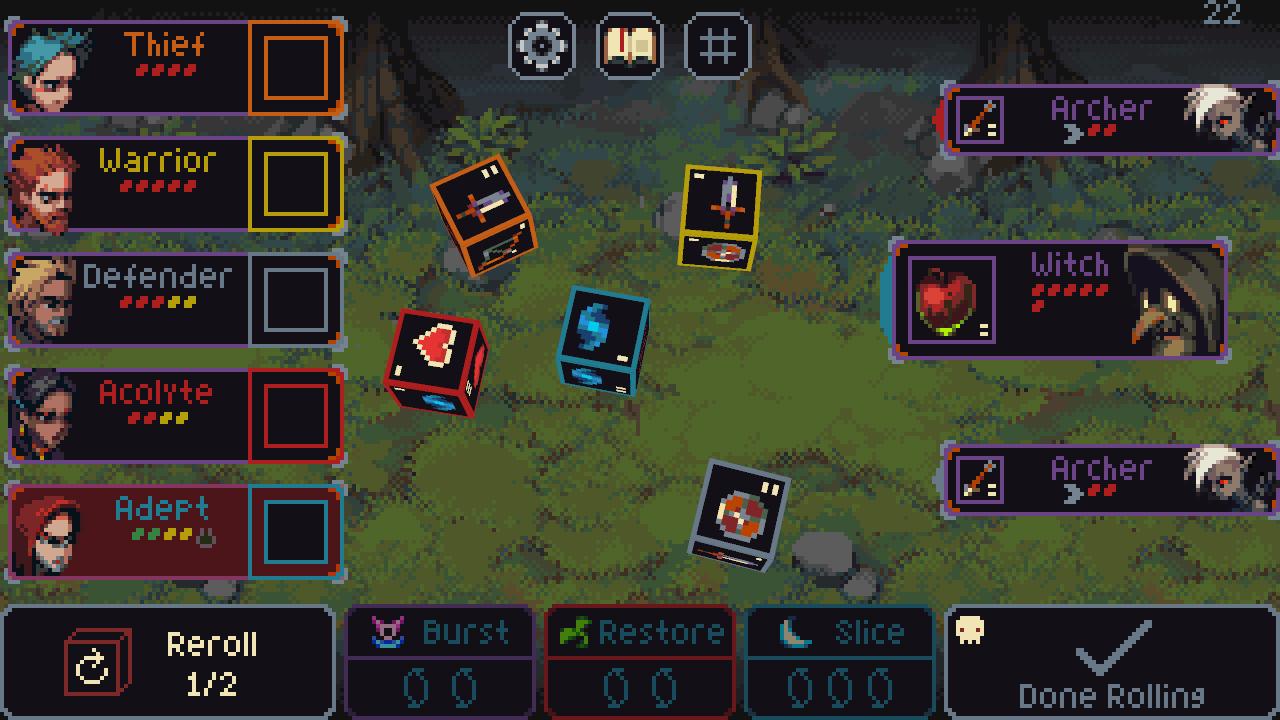 Slice & Dice is very good. I've been playing it every day.

Kind of wish I'd got S&D on mobile instead of Switch, might play more.

Can you recommend any good soccer game that is not FIFA or PES for Android phones ?