Just finished up The Outer Worlds.

The game was comfort food to me. The main story was ok but nothing to write home about - you come for the characters, the weird bits of side lore, and the exploring of beautiful bright neon worlds.

It was great and self-contained. I don't always need expansive open world epics.

I wasn't a huge fan of the male party members you got, but the females were pretty damn good. I wish they explored Ellie a little more outside of "I trust no one!"

A couple of episodes of Tales From the Borderlands I think.

Oooh, that was a fun one. Enjoy!

billt721
Posted: November 18, 7:18 PM
These pretzels are making me thirsty

Got some time in on both The Outer Wilds and The Outer Worlds. I'm really enjoying both. With Wilds, I feel like I'm about 80% done. I have a general idea of what's going on and where I need to go. The only places I haven't been to are: the southern observatory (screw the route there -- after what felt like the 30th time I fell through the black hole while trying to reach the observatory last night I moved on to finishing up exploration of the Hanging City), and much of the Ash Twin project.

With Worlds, the game was pushing me to Monarch after finishing up Groundbreaker, but I went to Rosewater instead. I'm already 9:30 in, so I feel like I'll probably finish up in the 30 hour range, but we'll see. So far I'm still doing all the side quests, but it seems like most people fall off that as the game goes on.

Instead I ended up binging TWD Season 9. It was a mistake.

I’m still hacking away at the Outer Worlds. I have no willpower when it comes to ignoring side quests. I chase down every single one of them, which is why I’ll never finish the game.

The buzz from STAR WARS Jedi: Fallen Order combined with the announcement of Half-Life: Alyx has me thinking it's time brush the dust off my Rift and finally dive into Vader Immortal this weekend.

Slay the Spire, Unity of Command 2, continuing the invasion of Southern Japan in Japan '45, and BATTLETECH: Heavy Metal expansion!!!!! Whoooo!

Slay the Spire, Unity of Command 2, continuing the invasion of Southern Japan in Japan '45, and BATTLETECH: Heavy Metal expansion!!!!! Whoooo!

Going to make a push to finally finish Axiom Verge and Guacamelee 2. Might sprinkle some The Witcher 3 and play around with Death Stranding, which has been pretty good so far; I enjoy the open seeming emptiness of the world within it and can see this one's going to be on my plate for a good, long while.

I’m still hacking away at the Outer Worlds. I have no willpower when it comes to ignoring side quests. I chase down every single one of them, which is why I’ll never finish the game.

This has been me for Outer Worlds too. I think I'm very close to the end now, with only two unresolved side-quests that I'm aware of.

Hopefully I'll be finishing that off this weekend and then continuing on with Jedi: Fallen Order. I've just reached Kashyyyk and am keen to catch up with some wookies.

I started Forgotton Anne (sic) a few days ago and really enjoyed the hour or so I played, so I will continue with it. In addition to that, I'll play some World War Z and Torchlight II as well.

Beginning the Turkey Day Trek, so I popped the free Apple Arcade. Any suggestions? I downloaded Assemble with Care, Sayonara Wild Hearts, What the Golf, and Guildlings.

Got a wedding to go to and family to see, so I don't know how much gaming time I'll get in. Definitely will keep working on Pokemon Sword, and I may start messing around with Destiny 2 this upcoming week with days off around Thanksgiving. Figure that the DLC will probably be on sale either now and/or for Christmas, so now's a reasonable time to see if I like it.

And also my incredibly awesome Dell rep hooked me up with a nice new gaming laptop (hell yeah seed units!) because she rules, so I'll be messing with that some more. DOOM runs... really, really well. I installed Gears 5 too since I'm on that $1 Gamepass Ultimate thing so I'll check that out as well.

I'll be crashing through the Reaper of Souls expansion of Diablo 3. Will probably try to fit in some Final Fantasy XIV or Yakuza 0 as well.

So spinning a few games;
The Outer Worlds, Trails in Cold Steel 2 - 3 and Pokemon Shield

billt721
Posted: November 22, 7:01 PM
These pretzels are making me thirsty

Continuing to work through The Outer Worlds and The Outer Wilds. Also still slowly making my way towards the end of Fire Emblem: Three Houses. I'll hopefully finish up at least Wilds this weekend.

Sat with a coffee brewing whilst The outer worlds downloads. Can’t wait to dive into this.

I didn't know this was a thing! I wonder if the devs knew about this at the time or if it was an exploit discovered later.

I didn't know this was a thing! I wonder if the devs knew about this at the time or if it was an exploit discovered later.

It's turn based, so you need a turbo controller to do it (I use a rubberband and a quarter). It requires Tidus to have certain abilities learned, so the method itself requires about an hour of grinding. Also, it's VERY inefficient. Each Sinscale only nets you 2 XP, 3 XP if you overkill, and the Boss of the adds still gets turns, so that slows you down as well. So you need to use Cheer 5 times on Tidus, Khimari, and Wakka, then make sure Lulu and Yuna take at least one action at the beginning, then cast Haste on Tidus, Khimari, and Wakka and viola! Each of them get at least one turn before the adds and each of them can oneshot the adds, and the boss doesn't hurt you in this phase, so you are safe.

To put it in perspective, even using the HD PC version to increase animation speed by 4x, it's going to take me six to seven days to get 99 sphere levels. So people would leave their ps2's on for four times that long and it was kind of a crap shoot whether or not the system could handle that without overheating and breaking down. My PC temp isn't even affected by the speed up, so it'll be just fine. I honestly wouldn't have used this method if I hadn't also been trying to finish the Spider-man main story and DLC all this week.

It sounds like the sort of thing you’d do when replaying just to have a different experience. Plus I like just how absurd it is overall.

Probably more The Legend of Zelda Breath of the Wild (Switch). Should be done in a week or two. (No, I'm not going for 900 or so Korok seeds.)

Same as last week. I am somewhat getting less interested in the game, so I might just say "Screw it" and go straight to the final boss.

My weekend will likely mostly be taken up with Lord of the Rings Online, Strike Fighters 2 and Warhammer 40K: Inquisitor - Martyr. Should be a very fun weekend!

I'll be playing The Outer Worlds. I tried it last week for a couple of hours but it didn't click with me. Not the tone, not the colour palette, not the exploration. Nothing. However I rolled a new character today and it just felt right.

I've also downloaded Stellaris: Console Edition. Any tips for a complete noob to the genre?

I might just say "Screw it" and go straight to the final boss.

That's the beauty of Breath of the Wild's open structure. I woke up one day and decided that 88 hours was enough. 90 minutes later I was watching the credits roll.

I finally watched the first of those ItalianSpartacus videos and took ten pages (!) of notes on paper (!!), so I guess I'm doing this. Total War: Three Kingdoms. 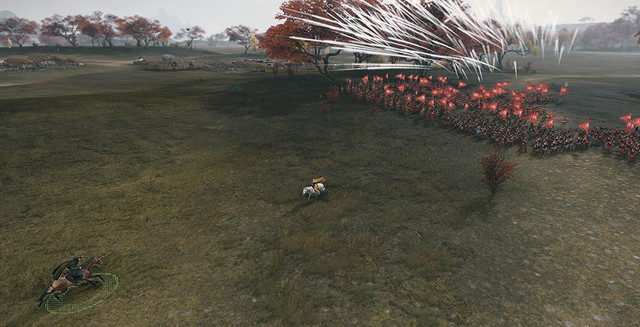 Eleima
Posted: November 23, 10:02 AM
I find your lack of tag disturbing

Today I'll be marching for International Day for the Elimination of Violence against Women (November 25th originally, but Saturdays get better turn outs). Also working on some paperwork so my abusive ex doesn't fleece me. Fun times. 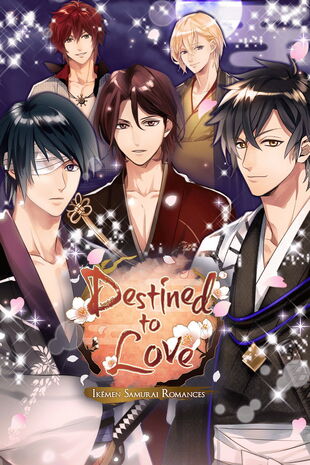 I might just say "Screw it" and go straight to the final boss.

That's the beauty of Breath of the Wild's open structure. I woke up one day and decided that 88 hours was enough. 90 minutes later I was watching the credits roll.

At this point, I'm just trying to get all the shrines (I stopped trying to find them on my own about 10 shrines ago), and then I'm done. I think I have 19 left or something.

I don't even particularly enjoy MMOs, but I'll be damned if this isn't one of the best online games on the market. The story is a little too drawn out for my tastes, and it takes hundreds of hours to reach max level, but I'm having the time of my life! I'm playing with a fantastic group of people and have been totally obsessed with crafting/gathering. So much so, that I reached the level cap with my weaver before my actual combat class (White Mage). I love love love this game.

I'm almost finished with Stormblood, and while the story has dragged on more than I'd have liked, I'm excited to dig into Shadowbringers in the next week or so. 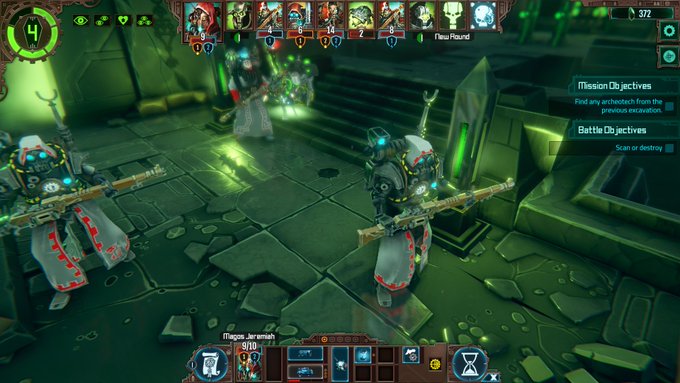 This is a weird one. It's distinctly "not X-COM". I was struggling a lot until I unlearned everything I knew about turn-based strategy games and adapted to its ruleset. Your units get multiple actions per turn, with additional movements/shots/abilities requiring the use of "cognition" points; you gain these points from researching the field or watching your own meat shields soak up fire. It's an interesting thematic touch, as your faction is fascinated by research and understanding -- the idea being that they note the angle, velocity, tissue damage resulting from enemy engagements. They then use this to adapt to the encounter at hand.

There's some wonky balancing and some bugs (I lost a crucial unit due to a boss firing through a wall) but it's captivating me more than any other game has recently. It's got a big B-grade vibe but it's fantastic. It's so close to being my perfect game, and with a bit more work it could be something special.

The soundtrack is also really good! It's a bit industrial, a bit gothic, and a bit dubstep. It's like the DOOM 2016 OST, but with a lot more choir and organ.